Evil medical student, 25, who disguised himself as a woman to hurl acid over ex-girlfriend is jailed for 15 years 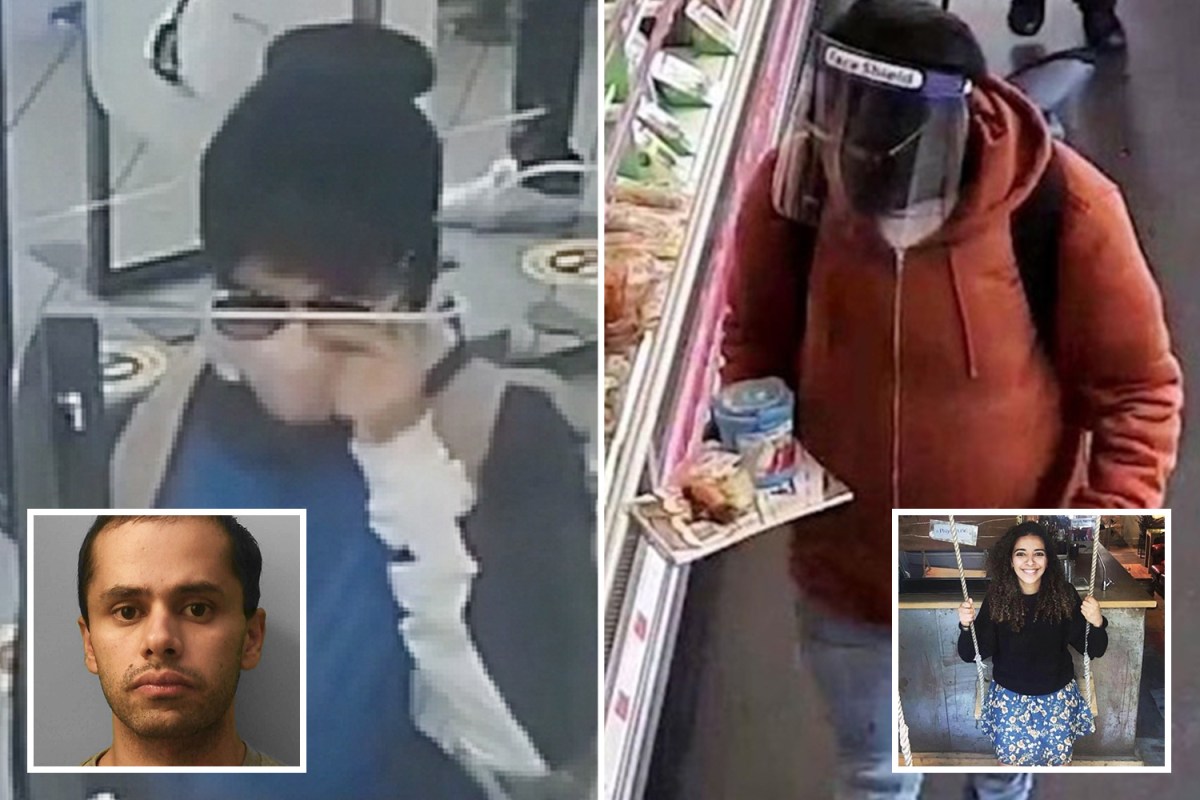 AN EVIL medical student who disguised himself as a woman to hurl acid over his ex-girlfriend has been jailed for 15 years.

Dr Rym Alaoui suffered “life-changing” injuries when her ex-boyfriend soaked her in the corrosive substance on her doorstep in Brighton. 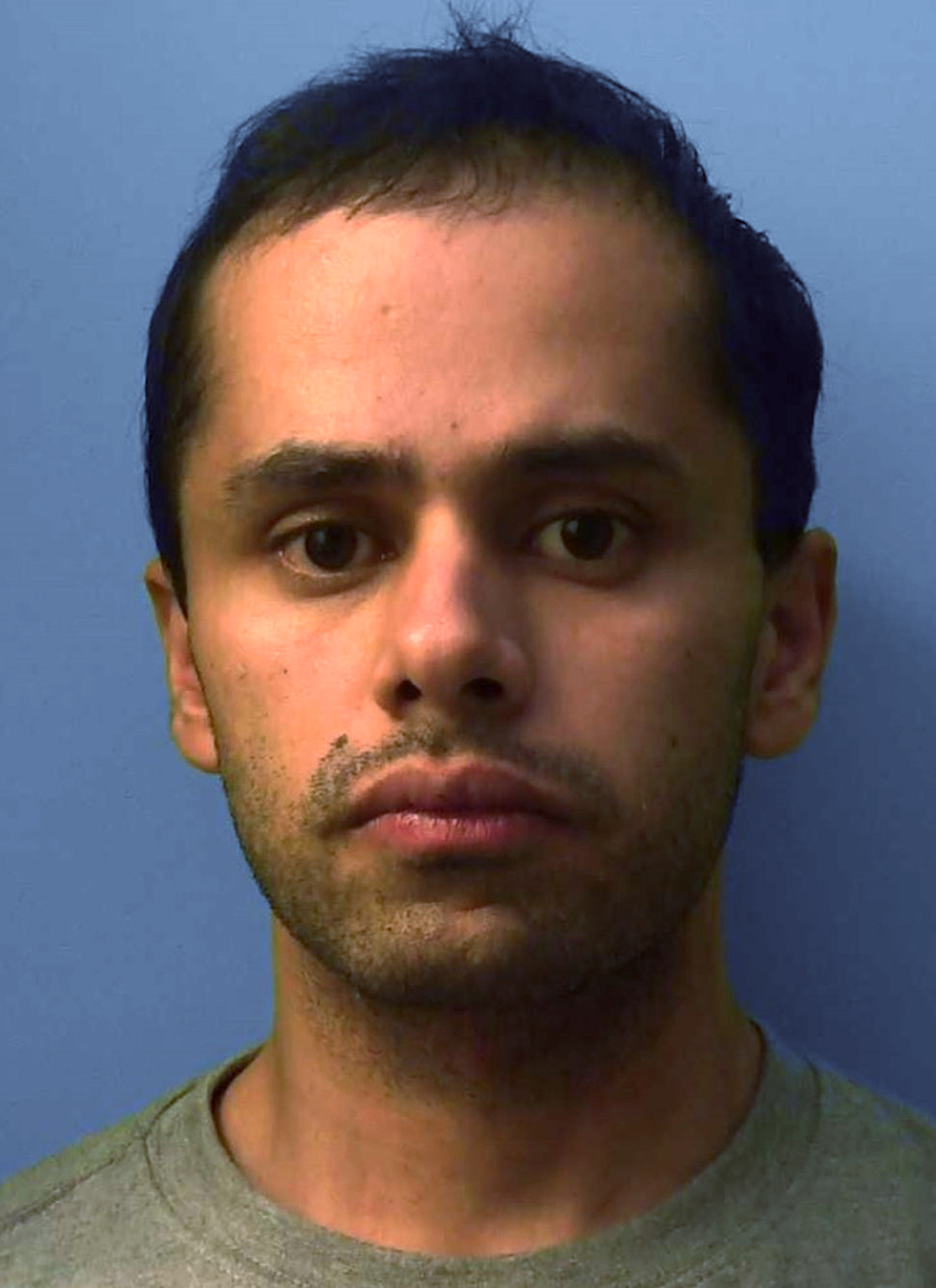 The 25-year-old was branded a danger to women and jailed for 15 yearsCredit: Hyde News & Pictures 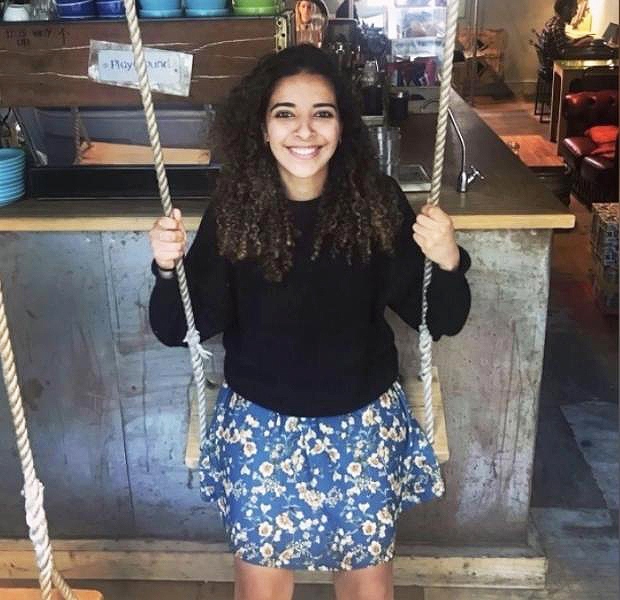 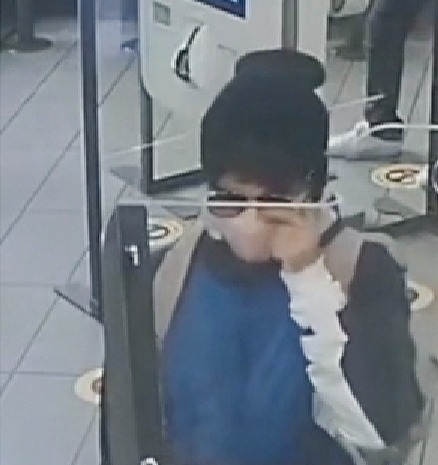 She was rushed to the Royal Sussex County Hospital – where she worked – suffering from devastating injuries to her face, neck and chest.

The 25-year-old was treated by shocked colleagues after the horror attack on May 20 this year.

Her ex-partner Milad Rouf, 25, had disturbingly disguised himself as a large black woman before carrying out the chilling premeditated attack.

The GP was sentenced to 15 years after pleading guilty to maliciously throwing sulphuric acid at his former girlfriend with the intent to maim and disfigure her.

He will serve 11 years in jail with an extended licence period of four years after his release.

Lewes Crown Court heard how Dr Alaoui is now unable to move her neck, close her eyes and has lost the sight in her right pupil.

The vile Rouf, from Cardiff, armed himself with an acid attack kit before visiting his family in Eltham, South East London and then travelling to Brighton.

The former couple had both studied medicine and struck up a brief relationship, which Dr Alaoui ended and moved away April.

Rouf began planning his revenge attack over the next few weeks – compiling a “meticulous” list of the material and clothing he would need.

He used padding and wore make up, sunglasses and a mask before knocking on his ex-girlfriend’s door at around 4.15pm.

Rouf handed the unsuspecting junior doctor a note which read: “Tell that piece of sh*t Max he’s next if he doesn’t pay VR by the end of six weeks.”

As Dr Alaoui bent her head down to read the note, Rouf hurled sulphuric acid in her face and ran off.

Neighbours recalled hearing “really bad screams” as Dr Alaoui rushed to the bathroom and, with the help of her friends, attempted to wash the acid off.

Rouf then dumped his disguise in bins across the city before buying new clothes in Primark and fleeing to his home in Wales.

SupportLine is open Tuesday, Wednesday and Thursday from 6pm to 8pm on 01708 765200. The charity’s email support ­service is open weekdays and weekends during the crisis – [email protected].

Tests later conducted on the bottle found the sulphuric acid was at least 60% strength. The substance was so concentrated it scorched the paintwork off her front door.

Dr Alaoui has had to undergo five major operations since the attack.

Judge Christine Laing QC said Rouf knew better than most the effect sulphuric acid would have on the body and branded him a danger to women.

After a “painstaking” police investigation Rouf was arrested. Cops raided his Cardiff flat and found a ‘shopping list’ detailing the items he required.

The 25-year-old initially denied the offence, claiming he had attended a party the night before and then spent the day in London.

The court heard Rouf had been suffering from depression after the death of his mother from cancer in March – but the judge dismissed his grief as an explanation for his actions.

She said it was motivated purely by jealousy and anger at being rejected and said he “tried to evade responsibility” in an attempt to pursue his medical career.”

In a victim statement, Dr Alaoui said she fears for her future after Rouf robbed her of her career and young adult life.

Cops praised the victim as “inspirational” for her bravery during the investigation.

Investigating officer Rose Horan said: “This was a premeditated, malicious and harrowing incident, and I’d like to thank the victim for showing such incredible bravery and dignity throughout.”

Dr Alaoui was a popular F1 doctor at the Royal Sussex County Hospital, who had a sparkling educational career.

When I came to answer the door that day, a substance I now know to be sulphuric acid was thrown into my face.

Since the day I was subject to this horrific attack, my life has changed.

I live in pain and fear of my future wellbeing and financial hardship.

The impact of the attack includes severe damage to my right eye which I am still unable to see out of.

Damage to eye lids and damage to skin on face neck and arm.”I am unable to move my neck and close my eyelids.

I have had five surgeries. I’m still trying to come to terms with more procedures and operation.

I am unable to attend work or live my life.”I have been robbed of years of my career and young adult life.

The psychological effect had been colossal on me my family and loved ones.

I cannot begin to imagine why somebody would commit such a premeditated and horrible attack.

I cannot understand what was in his mind,” the doctor wrote.

She had studied at Cardiff University, with a particular interest in anaesthetics and neurology, and became a top-class student as well as the president of the Anaesthetics Society.

She had met Rouf and worked with him on website he created in 2016 to exchange research papers and medical news.

Dr Alaoui, named as marketing director of the DocBot website, listed her achievements in her online bio and wrote: “In my free time, I enjoy martial arts, drinking coffee (probably too much) and am very passionate about languages!”

On the site Rouf said: “I am the founder and managing director of DocBot. I am very passionate about preventative medicine as well as medical education, hence I put the two together and created DocBot in the summer of 2016.”

“I am also in my final year of medical school at Cardiff, and am particularly interested in general practice and anaesthetics.

“I am currently the president of Cardiff University Anaesthetics, Perioperative and Intensive Care Society.

“We have an amazing team of junior doctors and medical students, and it is because of their hard work and determination that we are able to provide our users with high quality content here at DocBot.”

Rouf will serve at least three-quarters of the 11 years in custody before being released on licence. He showed no emotion as he was taken down. 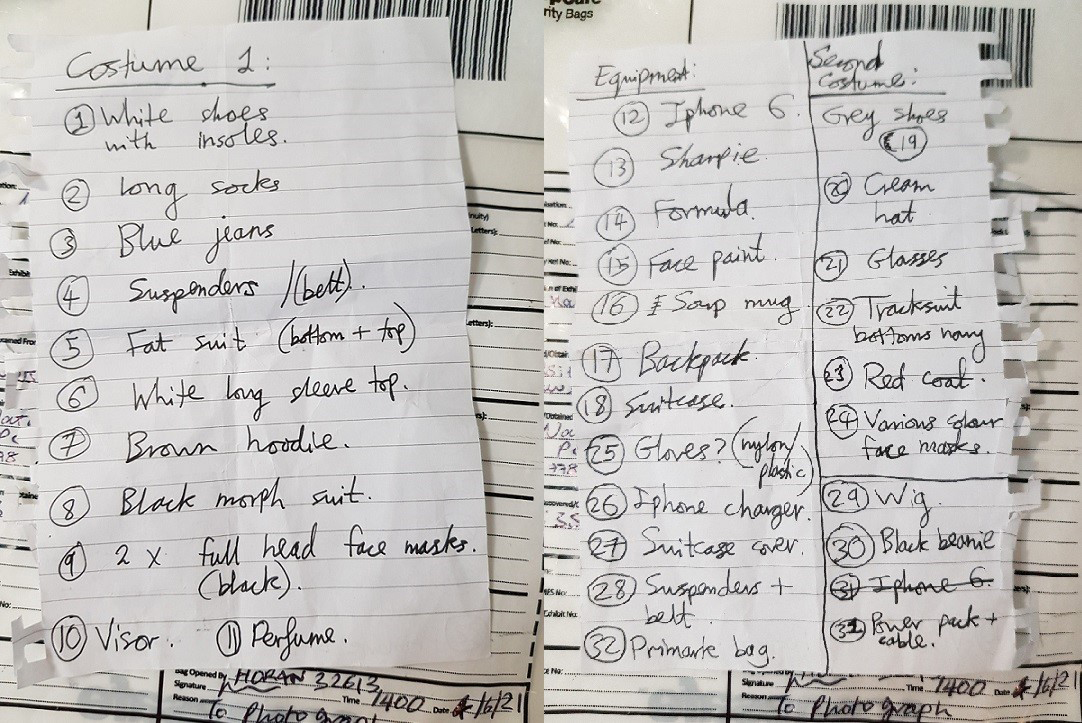 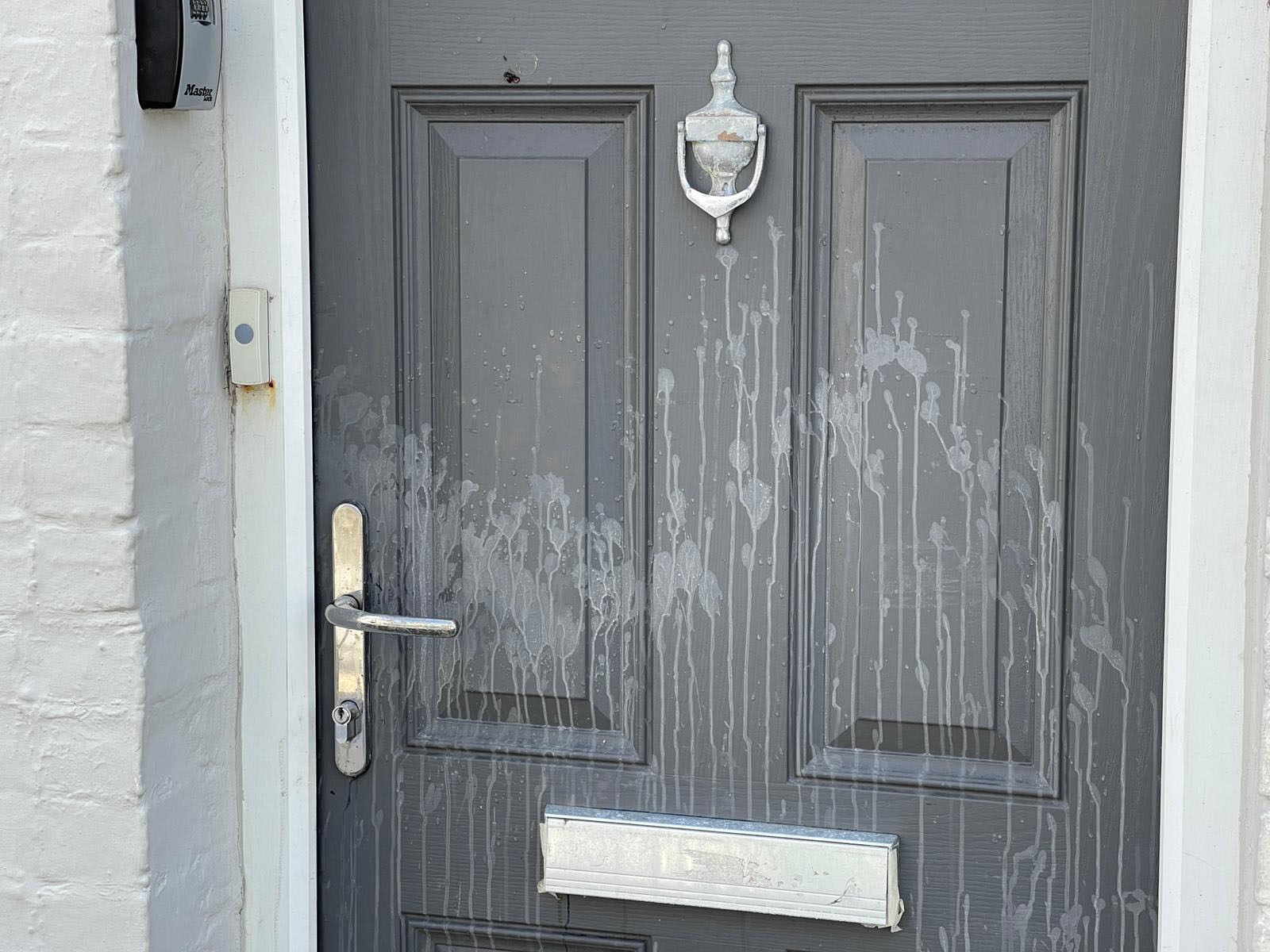 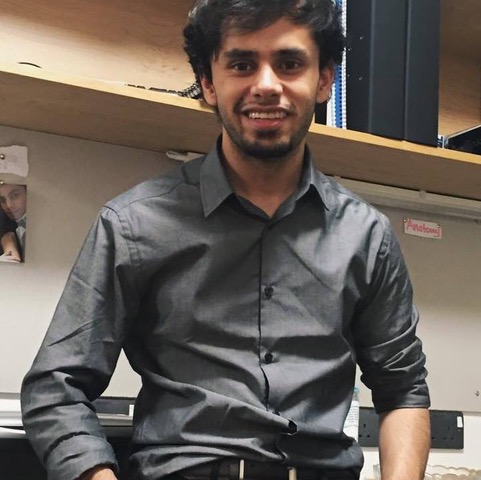 The medical student from Cardiff was furious after being dumped by Dr AlaouiCredit: Jaya on South coast news

Medical student, 25, refuses to answer questions after dressing up and throwing acid at ex