The woman said she felt “sorry for the c*** that made” the man during a furious rant as she got into a car with pals.

The woman called the man a ‘n*****’ and ‘b****’ during a vile row recorded and posted on social mediaCredit: Twitter 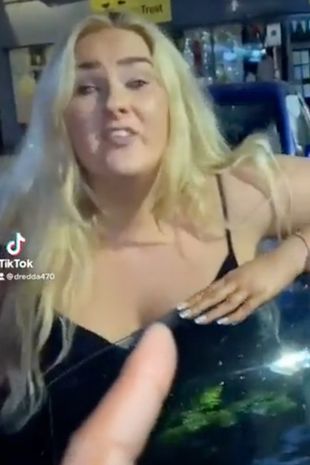 In the clip, which has now been removed from social media, the blonde-haired woman is seen arguing with the man behind the camera as they clash in Hitchin, North Hertfordshire.

It’s not known what caused the argument or what it was about.

A friend of the woman asks the man why he was being “so vile”.

He turns to the ranting woman and says he feels sorry for the passengers getting into the back of a car with her.

Then, an apparent friend storms out of the vehicle and attempts to grab the man’s phone but a bouncer restrains her.

She continues clawing at the man and is heard shouting “How dare you call her fat” before spitting at him.

The footage has had thousands of retweets on Twitter but was taken down from TikTok.

Social media users claim they found the woman and alerted her employer.

The housing association she allegedly works for, BPHA, has since suspended her after the footage emerged online.

BPHA says it’s investigating and has “zero tolerance” for any form of racism.

A spokeswoman said: “BPHA deplored and has zero tolerance to any form of racism and prejudice and expects all our colleague to live our values.

“We confirm we have suspended an employee pending a full investigation in to a recent incident.”

The woman named by users has since removed all her social media accounts.

Hertfordshire Police are appealing for anyone with any information to contact them. 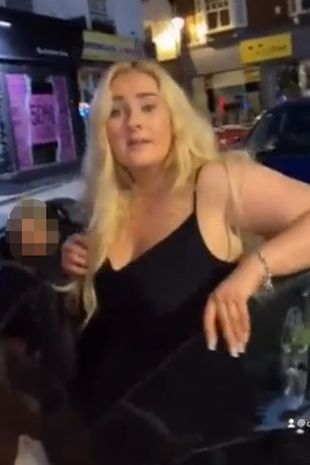 Amateur sleuths claim to have alerted the woman’s employer about her actionsCredit: Twitter

A spokesman for the force said: “Police are aware of footage circulating on social media of a racial hate crime incident which reportedly occurred in Hitchin.

“Hertfordshire Constabulary does not tolerate this behaviour and would like to reassure people that the footage is being reviewed.

“At this stage, the incident has not formally been reported to police, and we would urge the victim to make contact with us.”