FIVE people have been arrested over suspected arson after a blaze ripped through an a150-year-old mill that was used in Peaky Blinders and Downton Abbey.

The historic building of Dalton Mills in Keighley, West Yorkshire was engulfed in flames on Thursday.

Dalton Mills in Keighley up in flamesCredit: Guzelian 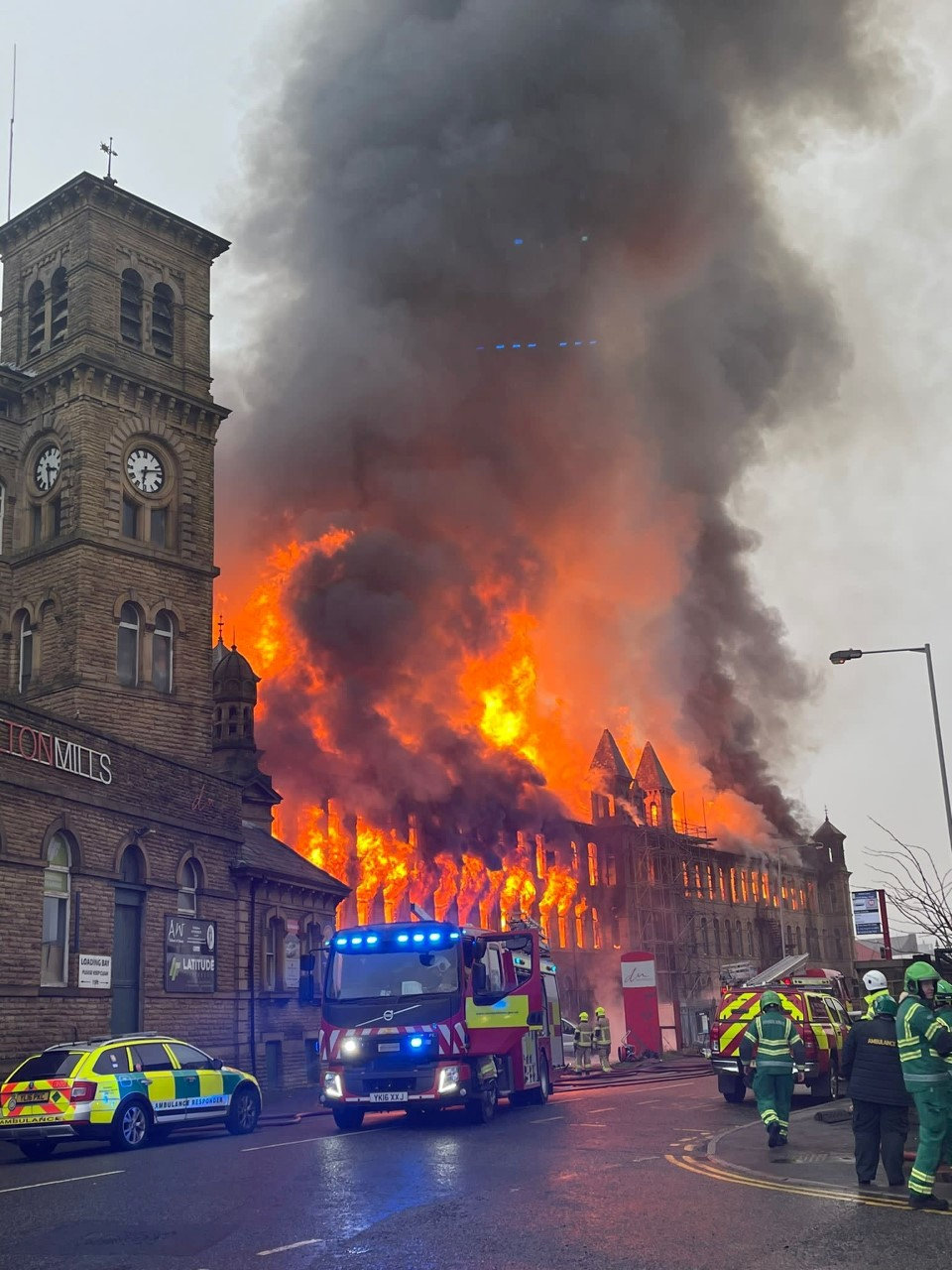 The historic building burned to the groundCredit: SWNS

West Yorkshire Police said the five youths were arrested on suspicion of arson.

Inspector John Barker from Keighley Neighbourhood Policing Team said: “I would like to thank all the emergency services and partners for the swift action taken at this historic building yesterday afternoon.

“There was a significant risk to the public and we worked together to minimise that risk by putting out the fire and making the building safe.

“We quickly identified suspects and made five arrests.

“I would like to thank residents in the area for their patience, officers from our Neighbourhood Policing team are supporting our colleagues at the fire service there today.

“Dalton Lane remains closed today and will be closed into the weekend.

“I would like to appeal to anyone who may have information about the fire or who saw anything suspicious to come forward. Drivers are also being asked for any dash cam footage if there were in the area at the time.”

It’s thought the fire began at midday today in the building that was built in 1869.

Fire appliances from across West Yorkshire have been dispatched to
deal with the blaze.

Shocking pictures and video show the colossal flames tearing through the landmark building as thick black smoke fills the air.

The building was once the largest textile mill in Yorkshire – but most recently has been used as a film set for hit TV shows such as Peaky Blinders.

Bradford District Commander, Benjy Bush, told the BBC: “It was a really ferocious, challenging fire, we had 20 fire engines and two aerial appliances here, the police and ambulance were on the scene, as well as utilities and Bradford Council.

“We won’t be putting firefighters inside the building as it is structurally unsafe.

“Possibly the building could be saved, but that’s down to the structural engineers.”

The historic mill was built by Joseph Craven in 1869, replacing the original mill from the 1780s, and provided jobs for workers from across the region.

A description from production company Screen Yorkshire reads: “The distinctive mills offer a range of large scale spaces and historic features, including a large courtyard and recently renovated clock tower.

“It is able to accommodate on site production offices and workshops and has suitable parking for facilities vehicles.

“Dalton Mills is building a strong reputation as a filming location, thanks to its diverse range of industrial spaces, which offer an historic industrial backdrop as well as set build space, making it ideally suited to period dramas.” 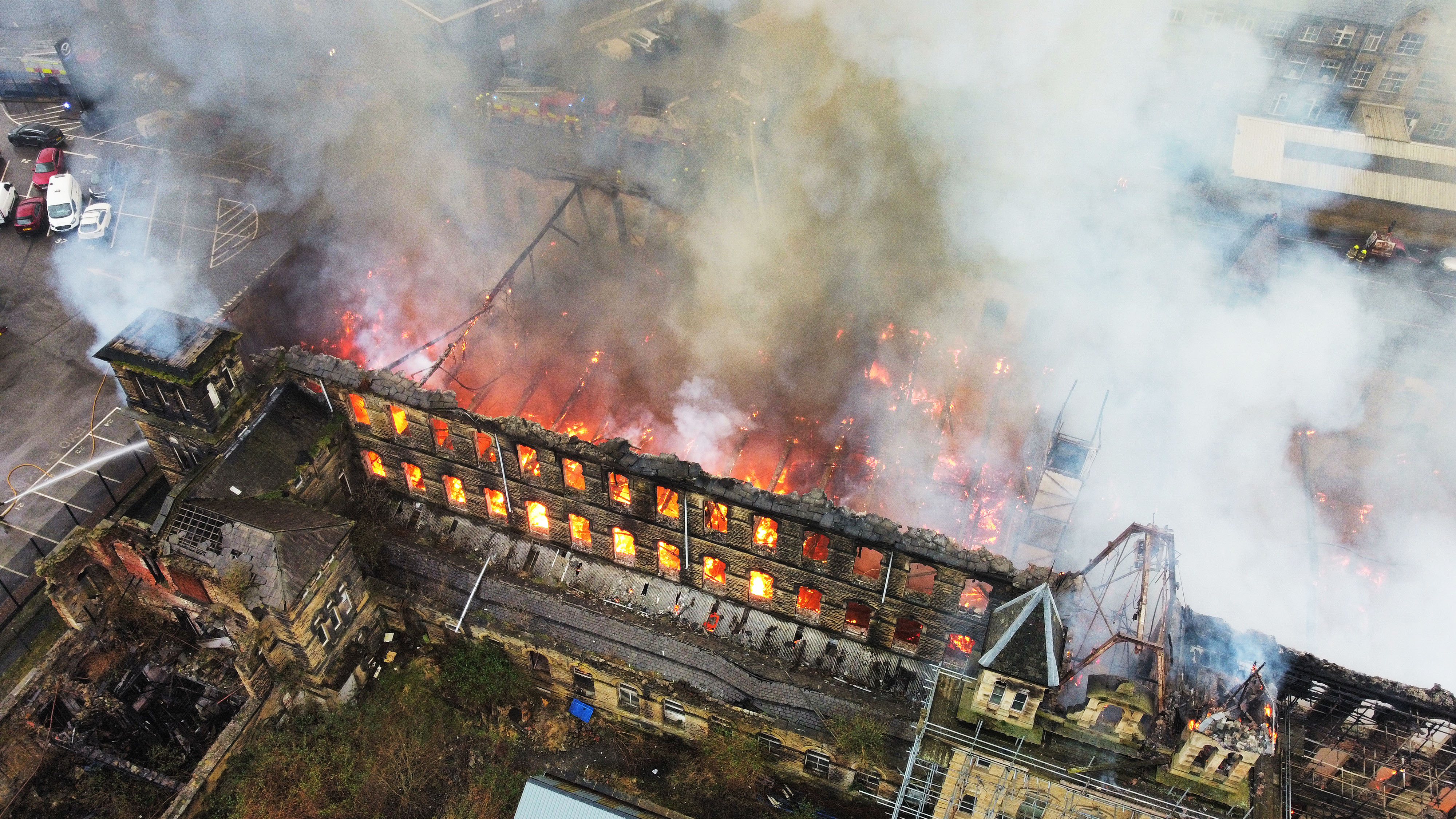 The building was used in filming of Peaky Blinders and Downton AbbeyCredit: Ben Lack 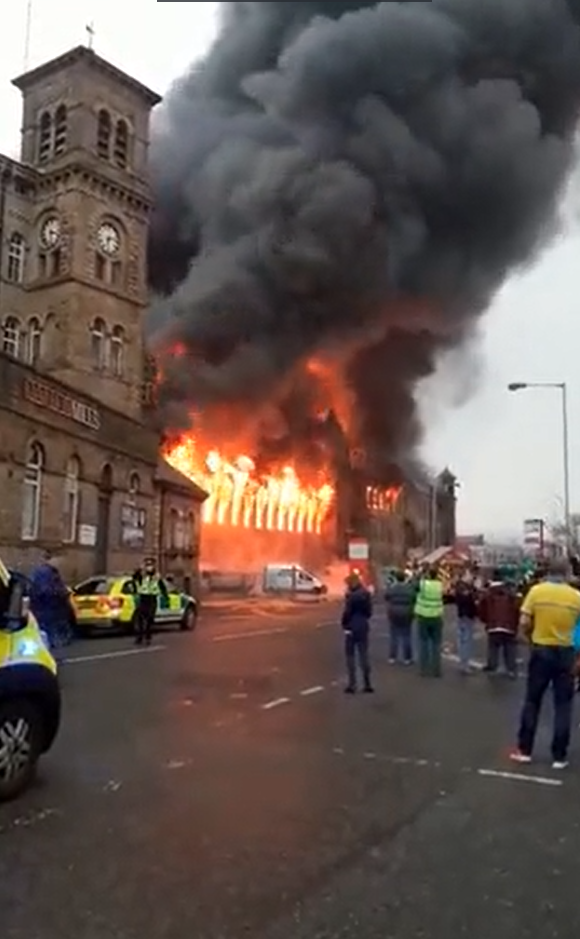 More than 100 firefighters are tackling the blaze