Hundreds of shoppers ignored social distancing rules outside the luxury store in the capitalCredit: 2020 � Elliott Franks 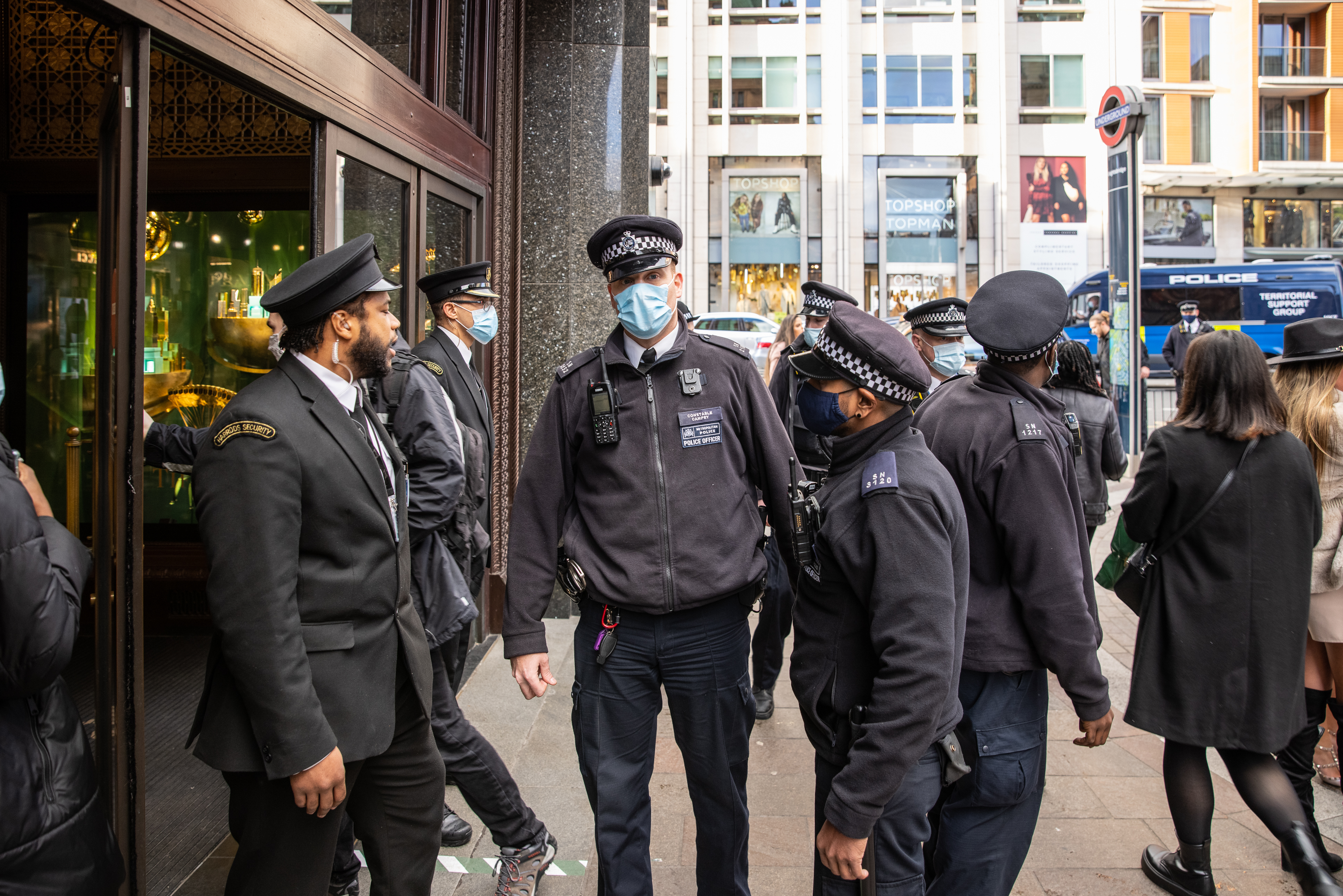 Police arriving at the scene on Saturday, December 5Credit: WENN 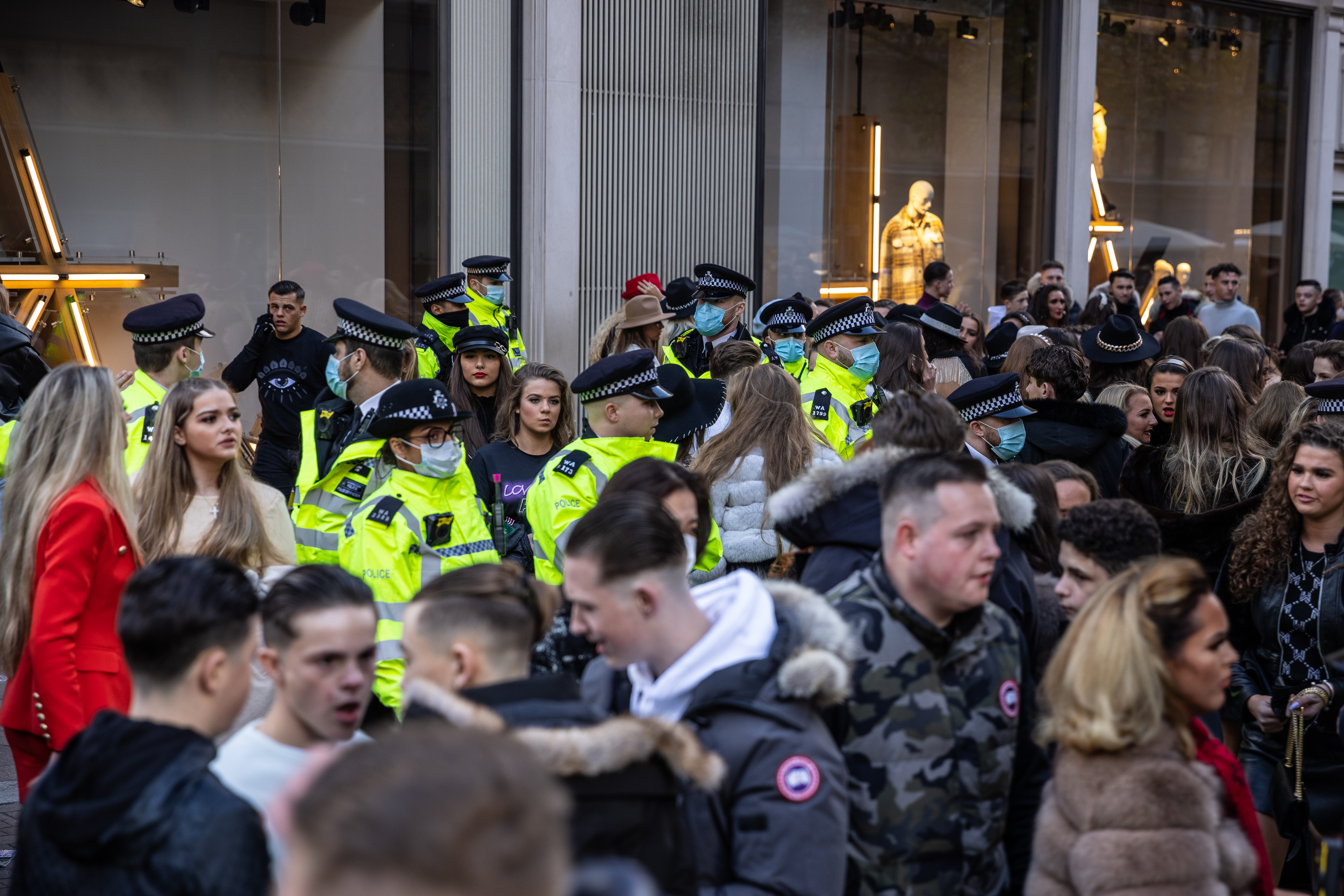 Cops formed a protective ring around the posh storeCredit: WENN 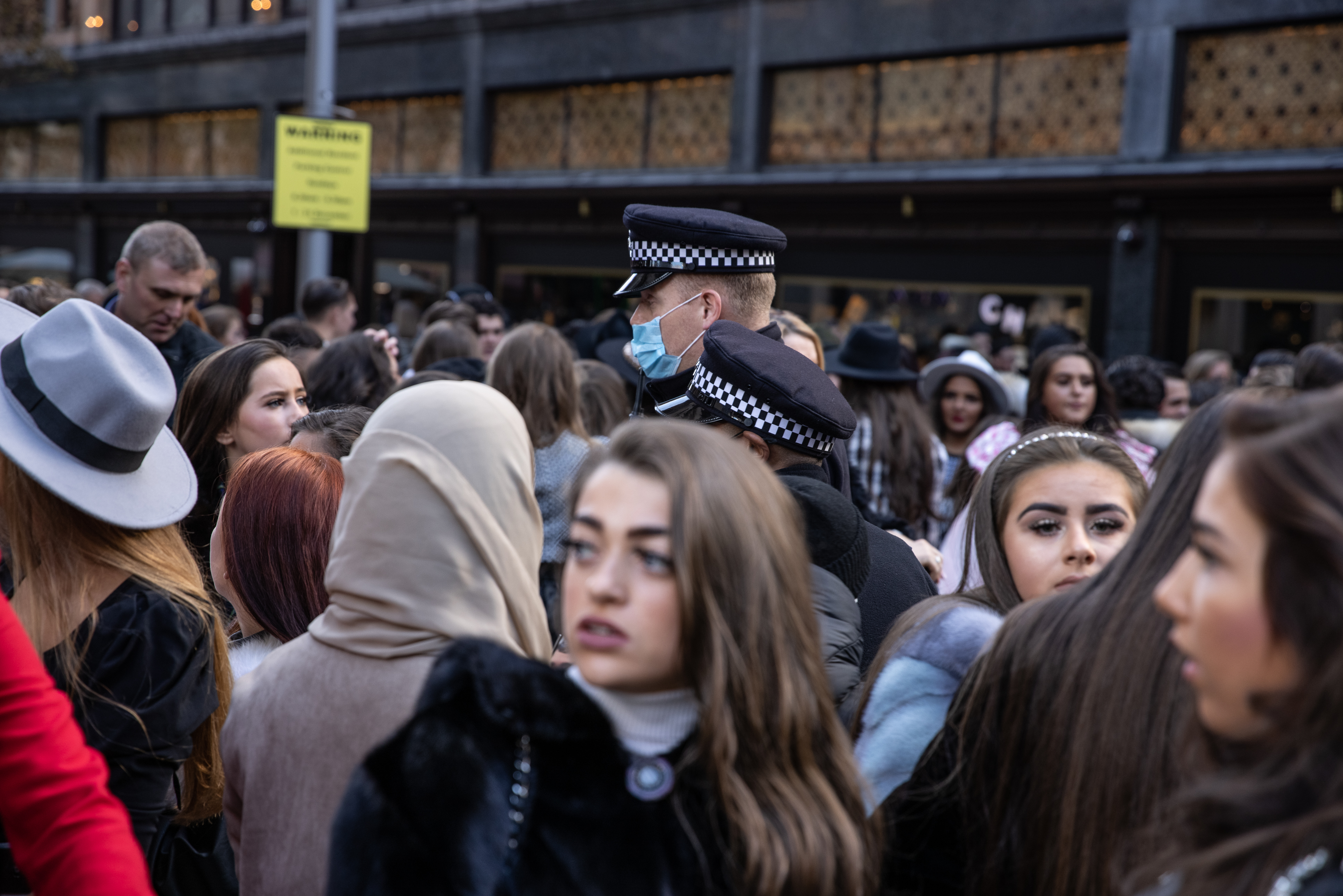 No one was wearing protective masks – apart from the policeCredit: WENN 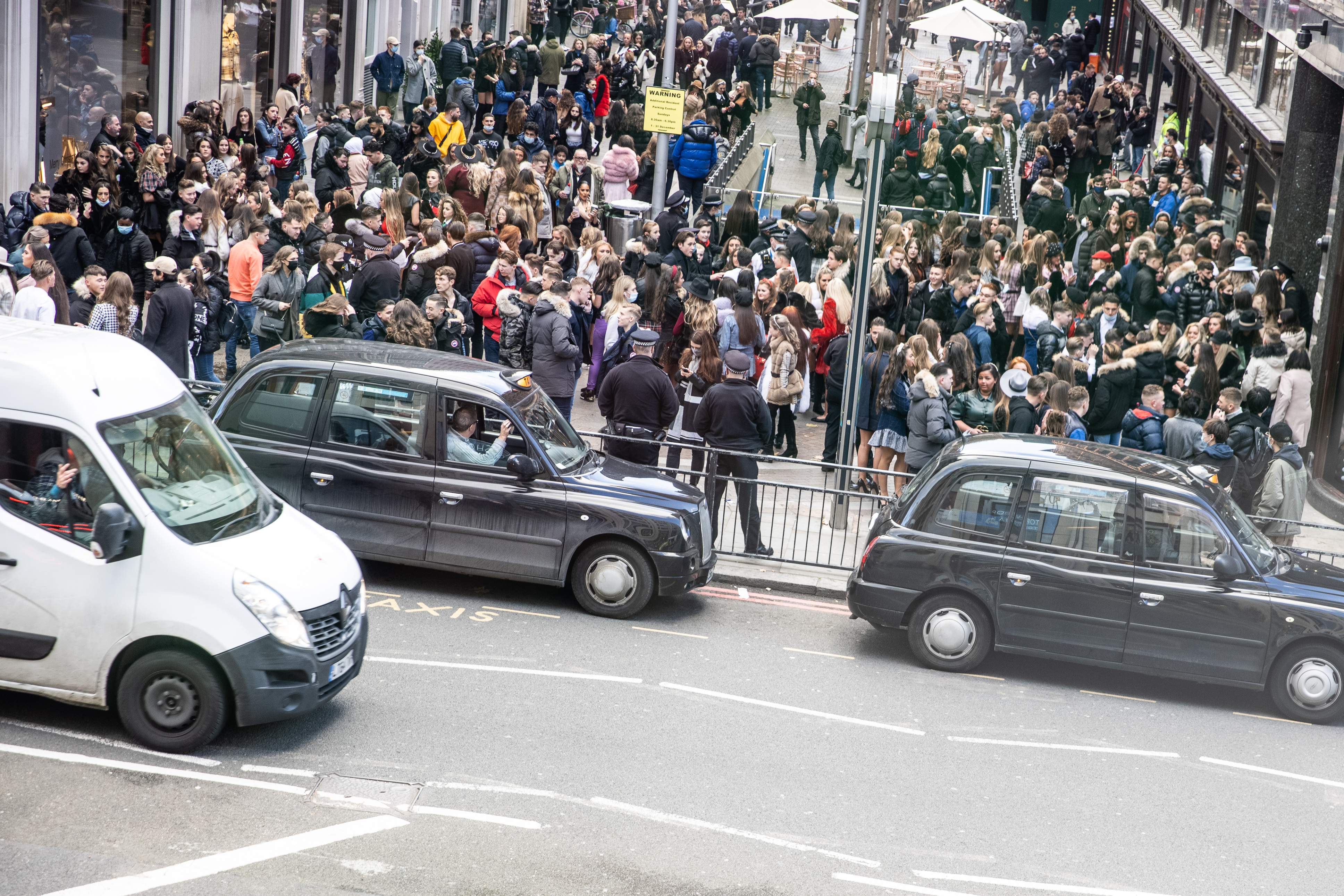 Photos taken of the large crowds on Saturday show hundreds of Christmas shoppers in Knightsbridge.

As they crowded around Harrods, the cops were called to restore order as London remains in Tier 2 Covid measures, to stem the spread of coronavirus.

At 1pm the Metropolitan Police arrived at the scene, and formed a barrier, positioning themselves between Harrod’s entrance and the large crowds.

The cops said: “Police were called to reports of a large group of people attempting to enter a shop in Brompton Road, SW1.

“The crowd have since dispersed.” 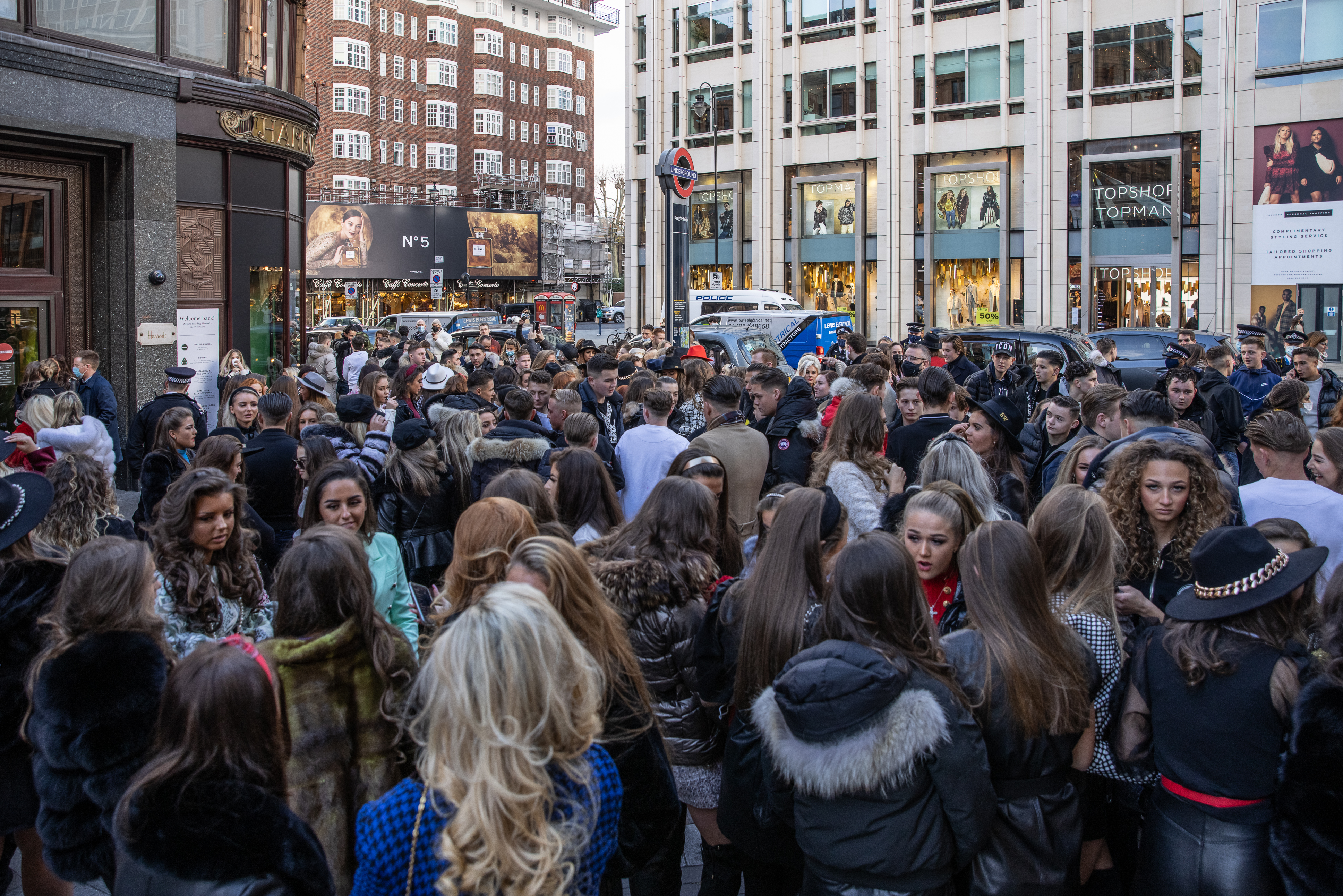 The streets were crammed with Christmas shoppersCredit: WENN 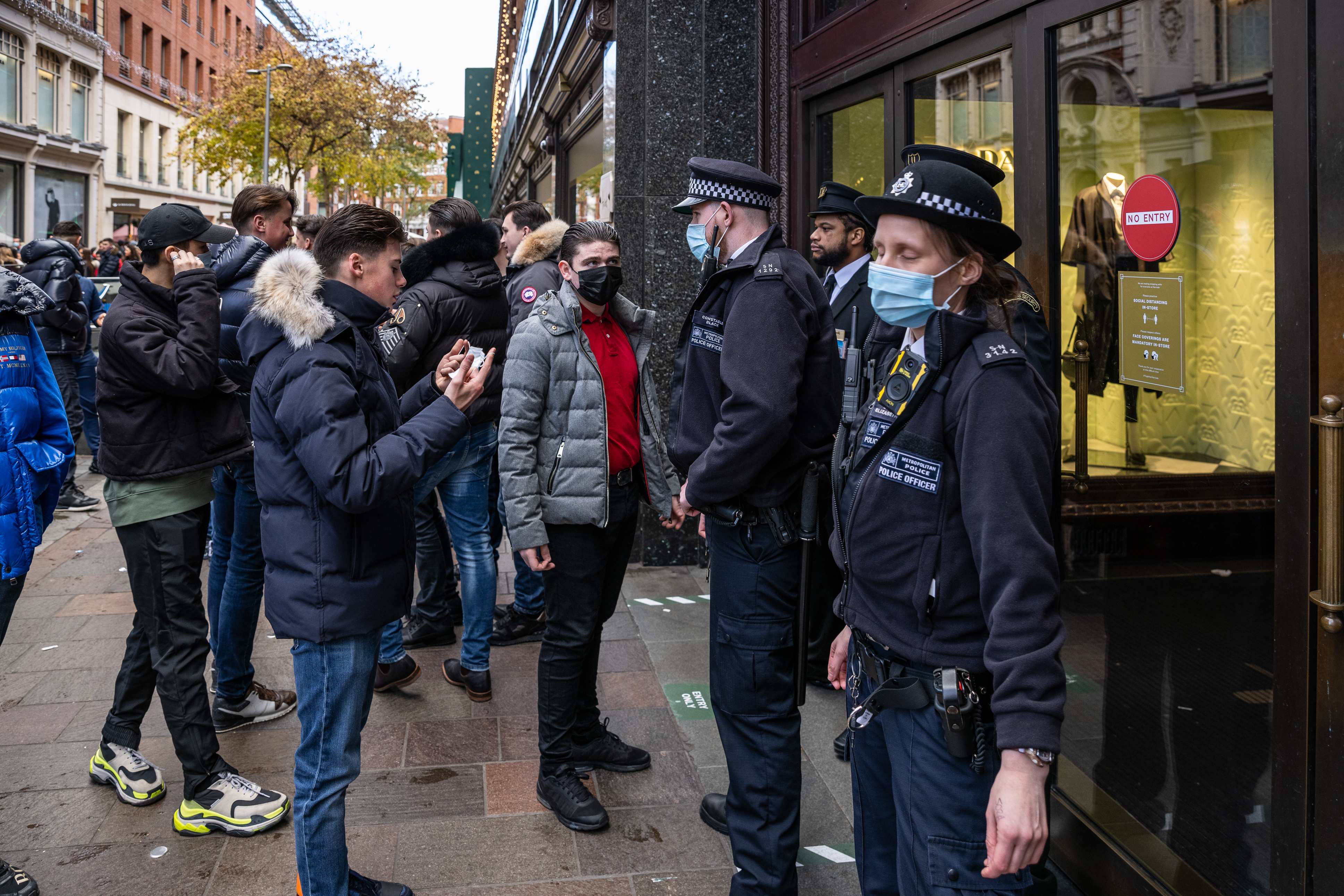 Police prevented their entry to Harrods, because of a lack of Covid complianceCredit: WENN

There was barely room to move as a result of the packed thoroughfare in KnightsbridgeCredit: 2020 � Elliott Franks 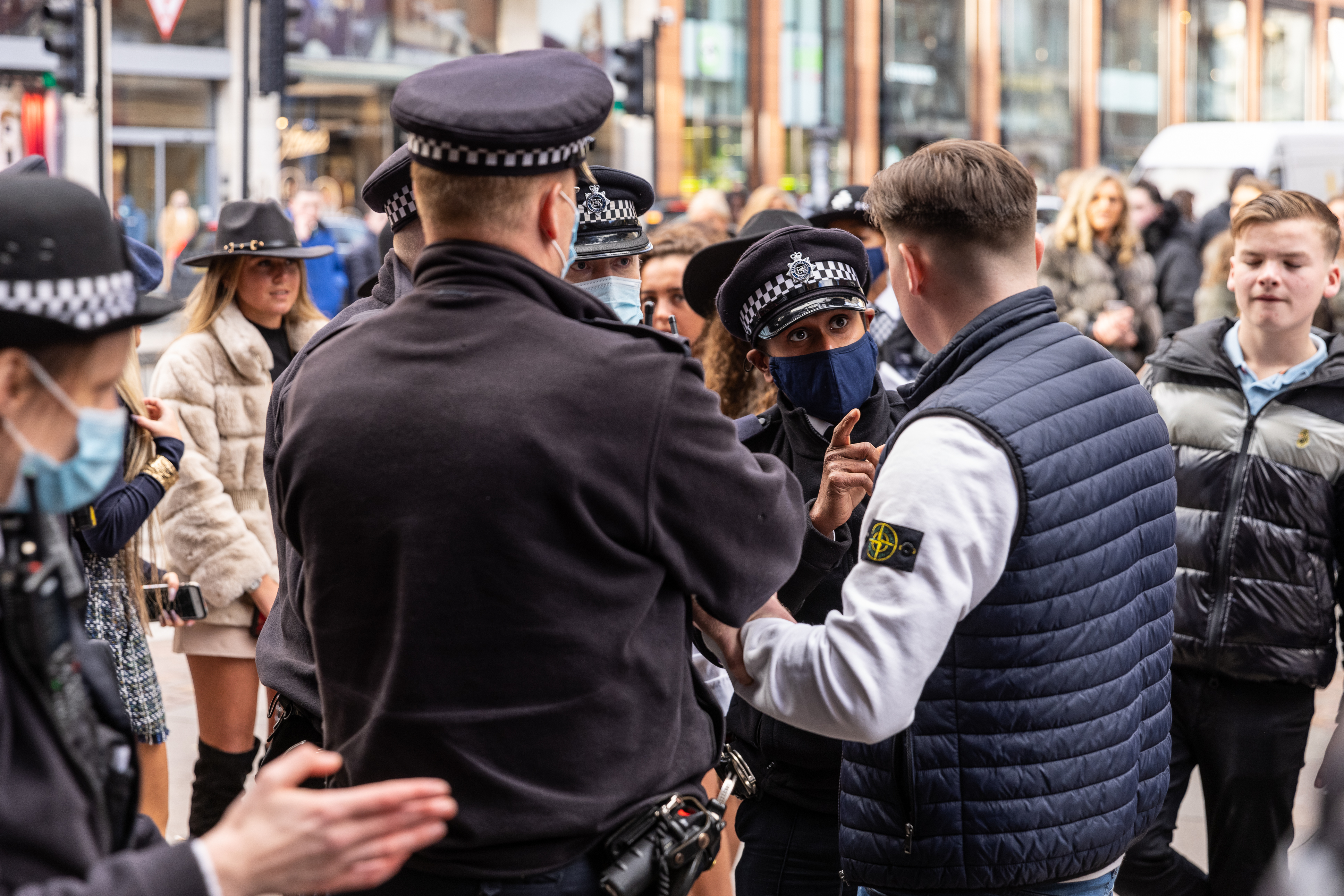 The crowds were still there as of 5.30pm on SaturdayCredit: 2020 � Elliott Franks

The roads remained busy into the night, as police stayed near the sceneCredit: 2020 � Elliott Franks

Police resources were stretched, though, as supercar hooligans shut down Pall Mall in central London on Saturday.

Photos of the area show burn-outs being carried out in front of car enthusiasts.

Shops can stay open longer in the run-up to Christmas with a 24/7 option to boost retail after lockdown ended on December 2.

On average, families spend around £700 on their Christmas shopping, but a third of us are planning to shell out less than normal this year due to financial concerns caused by Covid.

It comes amid fears up to a million jobs could go in a high-street bloodbath after the pandemic ravaged retail, causing a £9bn hit to pre-Christmas sales.

People are being urged to support stores by going on a shopping splurge in the run-up to Christmas.

Cooped-up Brits have been jumping at the first tantalising taste of a return to normal life as all shops, salons, gyms and pubs are allowed to reopen across England.

However, a new stricter tier system has come into force across England.