Freedom Day: When will Test and Trace and self-isolation end?

The Test and Trace system alerts people if they come into close contact with someone with Covid (Picture: Getty)

People in England are waking up to ‘Freedom Day’ this morning, July 19 – with most of the Covid restrictions that have been in place for over a year having been lifted.

Boris Johnson announced on July 12 that nightclubs in England are now allowed to open again and people allowed to gather indoors in groups of more than six – while rules on face masks and social distancing have been dropped.

However, it will not be a complete return to normal, with Mr Johnson warning ‘the pandemic is not over’ – amid cases spiralling past the 50,000 a day mark in the wake of the Delta variant.

He said that face masks would still be recommended in crowded spaces like public transport and added that people working from home should return to their normal workplace ‘gradually’.

While lockdown measures might have been lifted, it’s a different story for millions of people being forced to self-isolate after being ‘pinged’ by the Covid app – which has led to staff shortages in some businesses and even forced the closure of a Tube line due to lack of available workers.

However, those who have had to self-isolate after being contacted by Test and Trace, or due to being in a school bubble with a Covid case, are also facing a change in the rules in the coming weeks.

So just when will Test and Trace and self-isolation be ending?

When will self isolation end?

Self-isolation rules will still be in place after July 19, meaning anyone who tests positive or has been informed by the NHS Covid-19 app that they have been in close contact with someone with the virus, must still self-isolate for 10 days.

However, fully vaccinated people won’t have to isolate if a close contact tests positive for coronavirus after August 16. 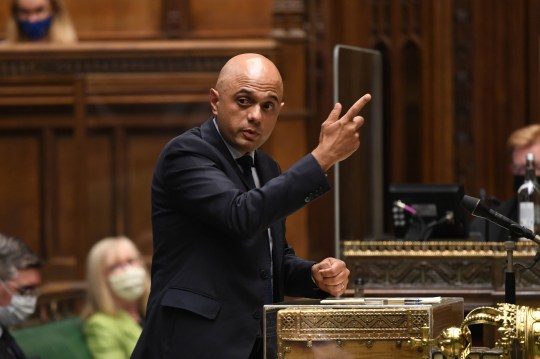 Sajid Javid announced the changes in the House of Commons (Picture: PA)

Health Secretary Sajid Javid told MPs in the House of Commons that the rule would also apply to anyone under 18.

Adults who had been in close contact with a positive case would be advised to get a PCR test as soon as possible to make sure they had not been infected, but it wouldn’t be necessary to isolate until the results are known.

Double-jabbed people can still get coronavirus, with the most common symptoms including a runny nose and sore throat.

The Health Secretary added that anyone that tested positive would have to self-isolate whether they have had the jab or not.

Gavin Williamson, the Education Secretary, has also announced that Covid-19 bubbles will be axed in schools in England – with those under 18 exempt from self-isolation from August 16.

The rules will bring an end to school children being sent home if someone in their class ‘bubble’ receives a positive test result.

Recent statistics for England show the number of pupils out and self-isolating due to Covid-19 hit a record high of 641,000 pupils.

Only 28,000 of these had a confirmed case of coronavirus. 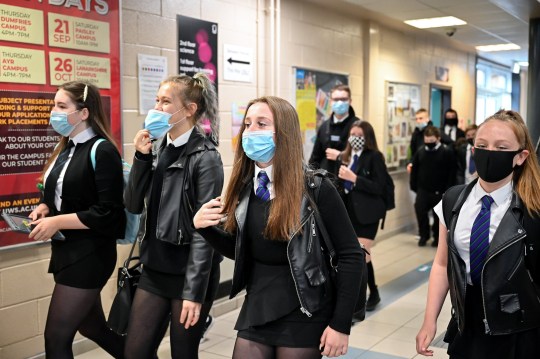 Children’s education has been disrupted for over a year (Picture: Getty Images)

Education experts have expressed their concern at the potential interference this may have on students’ learning.

Gavin Williamson told Parliament that ‘keeping children in consistent groups was essential to control the spread of the virus when our population was less vaccinated.

‘We recognise that the system of bubbles and isolation is causing disruption to many children’s education.

‘That is why we’ll be ending bubbles and transferring contact tracing to the NHS Test and Trace system for early years settings, schools and colleges.’