A FURIOUS couple who’ve had stinking raw sewage flow into their garden twice this month say it’s been happening for decades.

Jill and Ralph Smith are raging that “health hazard” human waste has poured from manhole covers at their home for more than 20 years.

Jill and Ralph Smith are furious that raw sewage has been escaping from sewage networks at their home in Godalming, SurreyCredit: BPM

The Smiths, from Godalming, Surrey, woke to discover faecal matter had seeped into their garden and patio again on October 5.

But they said the sickening mess wasn’t cleared up by Thames Water until 10 days later – then another sewage leak happened on October 21.

Mr Smith, 84, told Surrey Live: “When it rains, more water comes into the system and it’s unable to cope.

“There’s a backflow and pressure, and the sewage comes out into our garden.

“The sewage [was] still sitting there in my garden and on my patio [more than a week after the October 5 incident].

“The odour is obnoxious and you can visibly see that it’s sewage. Someone needs to take notice.”

He added: “It really has been going on for a long, long time and I can assure you that it will never get better.”

They fear their sewage ordeal is “only going to get worse” due to new buildings going up in the area.

The stomach-churning stream usually erupts from sewers around once a year after heavy downpours, the couple said.

The odour is obnoxious and you can visibly see that it’s sewage. Someone needs to take notice

Mr Smith says he first raised the problem with Thames Water in 1999 and has 22 reference numbers from the company about the sewage leaks.

But he raged “nothing has solved the problem” despite having “endless CCTV surveys done to look at the pipework”.

Thames Water is said to have taken hundreds of photos to identify the source of the problem.

‘ONLY GOING TO GET WORSE’

Thames Water are said to have told Mr Smith they would install a valve to stop the contents of the pipes overflowing into his garden, but this hasn’t been finished.

A water level sensor was installed by the firm around five years ago to alert them of rising levels in the pipes, but only worked a few times, Mr Smith said.

He said: “If there is no further improvement in the Thames Water sewage system, it’s only going to get worse.

“Money is the only thing that is going to solve it.”

He added: “It’s a health hazard and [the sewage was] there for days – it’s unfortunate.”

A Thames Water spokesman said they “sympathise with the couple for the long-running issues they’ve experienced” and will arrange for the garden to be cleaned.

The spokesman added: “The sewer network in the area is a combined system, meaning the pipes take foul water from loos, showers and washing machines, as well as rainwater.

“Climate change and population growth are putting increasing pressure on this local network.

“The area also suffers from high groundwater – this is where water in the soil can get into the network where two sections of pipe meet.”

Thames Water said it has carried out “extensive investigations” at the couple’s home and couldn’t find any blockages that may be causing the flooding.

The company said it visited the property twice this month and found their pipe was “clear and running normally”.

More CCTV investigations inside the pipe will be conducted and Thames Water will discuss fitting a ‘sewer depth monitor’ to alert them when the water level “gets above a certain level.” 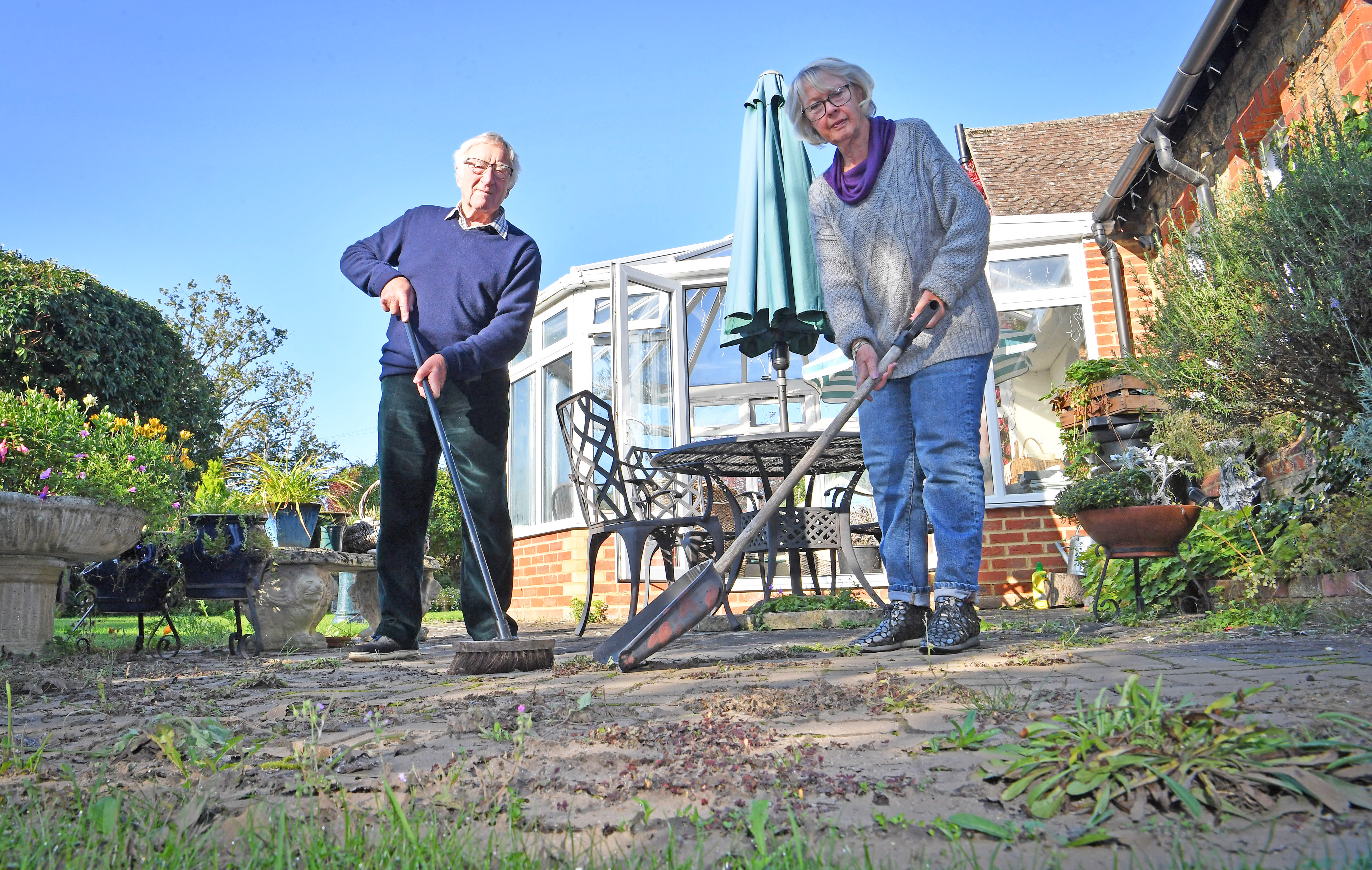 The couple say human waste has leaked into their garden on and off for 20 yearsCredit: BPM