Furious driver, 31, fined £1,700 for parking on own drive blasts parking vultures on ‘Britain’s most ticketed’ estate

A FURIOUS driver has been slapped with a ludicrous £1,700 fine for parking on his OWN drive.

Will Dewey, 31, has blasted parking vultures on “Britain’s most ticketed” estate in Coventry.

Will Dewey is fuming over the whopping fines 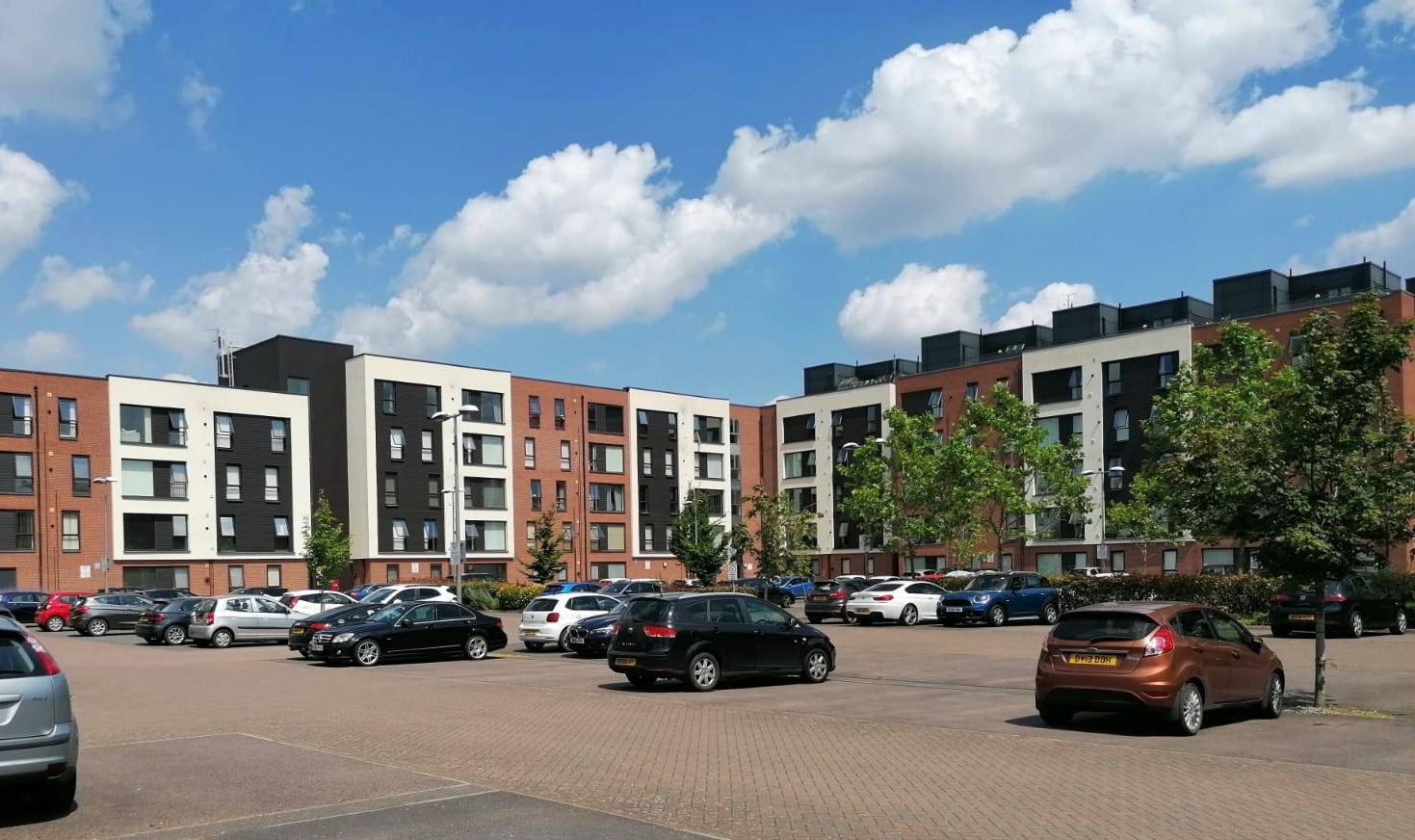 Drivers are fed up with getting stung by parking ‘vultures’

Residents of a housing complex in Coventry reckon they are the most ticketed community in the country with parking vultures constantly preying on their doorstep.

They spoke out publicly after one resident racked up £2,000 in parking fines – despite using the designated space outside his own home.

That man, who asked not to be named, has now had his debts cleared by the property management company, Mainstay.

But Will Dewey, who bought one of the modern flats in 2012, said he ended up £1,700 out of pocket after taking the matter to court and losing.

At one stage he received FOUR tickets over just two days.

He told the Sun Online: “It said in my lease with the land owner, Persimmon, that I had an unreserved right to park my car in my allotted space – but it didn’t work out like that.

“I had two cars at the time and wasn’t very good at making sure the permit was in the right car at the right time.

“I went on holiday at one point and my bag, containing my car keys, were delayed in transit. That time I got four tickets in two days.”

They just prey on the residents.

The software engineer said he had assumed he would be covered by his lease agreement.

However, when he went to Coventry City Magistrates’ Small Claims court to resolve the matter he found himself on the wrong side of the law.

“The judge said that a contract the management company had with those they had sub-contracted to manage parking took precedence.

“Had I got a lawyer it might have been different. I feel very let down.

“I looked into the background of the parking company and they had been a clamping outfit who went more mainstream.

“They just prey on the residents,” Dewey complained.

Another Bannerbrook Park resident, Michael Florec said he had been slugged with a £150 fine because the firm claimed one of his wheels was outside his bay.

He said: “I had pictures showing the other cars all parked next to mine with no trouble at all.

“I had it taken away, but most people just pay and this is how they make their money.”

One woman, who asked not to be named, said: “I was given a parking ticket and I have never even owned a car.

“Someone parked in my allotted space and they issued the fine to me. They are scandalous.”

And today, another resident, Hristiyana Hristova, 23, picked up her second parking ticket in two days for parking in her own space.

The trainee journalist who only moved in on July 1, said: “My partner and I have been ringing and emailing the management company asking for a permit but they have said they are waiting for the landlord to respond.

“In the meantime we are just collecting parking tickets. It’s very annoying.”

The man whose parking tickets topped £2,000 said he had sold a car and forgotten to take out the permit, and then faced a delay in getting given another permit.

He was given a waiver, but this wasn’t relayed to the new operators of the parking contract and more tickets kept piling up on his windscreen.

The man told Coventry Live: “First of all it was irritating. It just felt parasitic, that they were just abusing me, essentially bullying me.

“I got to the point where I was actually feeling really distressed about this.

“You know I was literally so stressed about this whole thing because there was mounds of letters, demanding that I paid, threatening that they were going to come round the house type thing.

“There was actually no legal basis to it saying they’re going to take me to court. So yeah, I just felt really stressed, really hopeless, it felt ridiculous.”

A spokesman for the property management company said: “We understand that parking charges issued were in error, and we are sorry for any distress caused by this misunderstanding.

“We have been in discussion with our parking control provider to resolve this and we are pleased to have been able to confirm that all charges have now been rescinded.”

The housing complex, built in 2012, is run by Mainstay Residential.

That firm had until recently allowed UK Parking Control to issue the fines on its behalf.

But now a new company called Parking Management Control have taken over the contract.

The Sun Online has contacted the firm for comment about the many complaints. 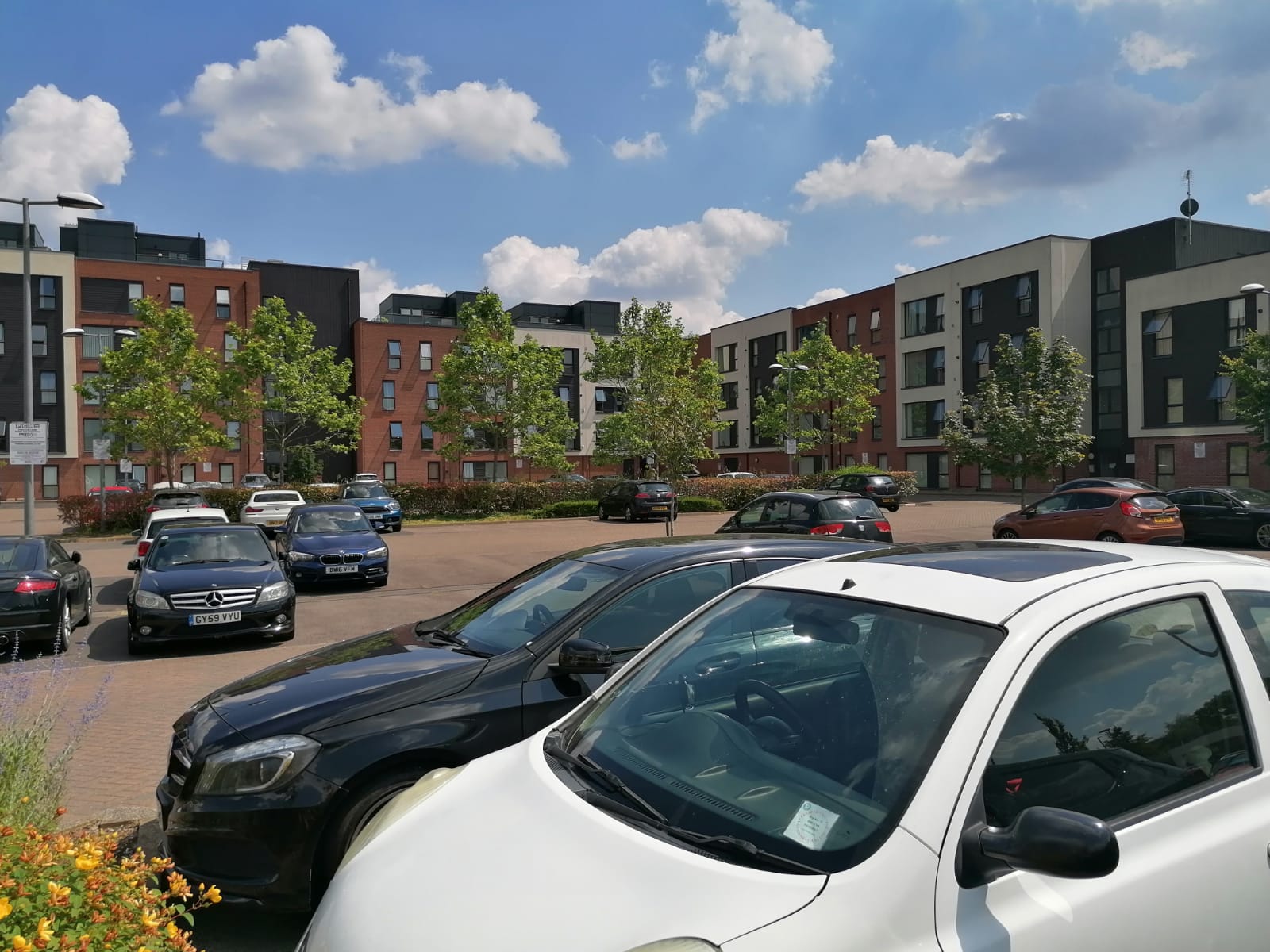