LOCALS have blasted a council’s “ridiculous” decision to chop down two 70ft trees after classing them as HEDGES – and giving them an ASBO.

The pair of massive cypress trees are facing the axe after a single complaint by one neighbour – apparently over their light being blocked.

The council has classified the trees as ‘hedges’Credit: SWNS 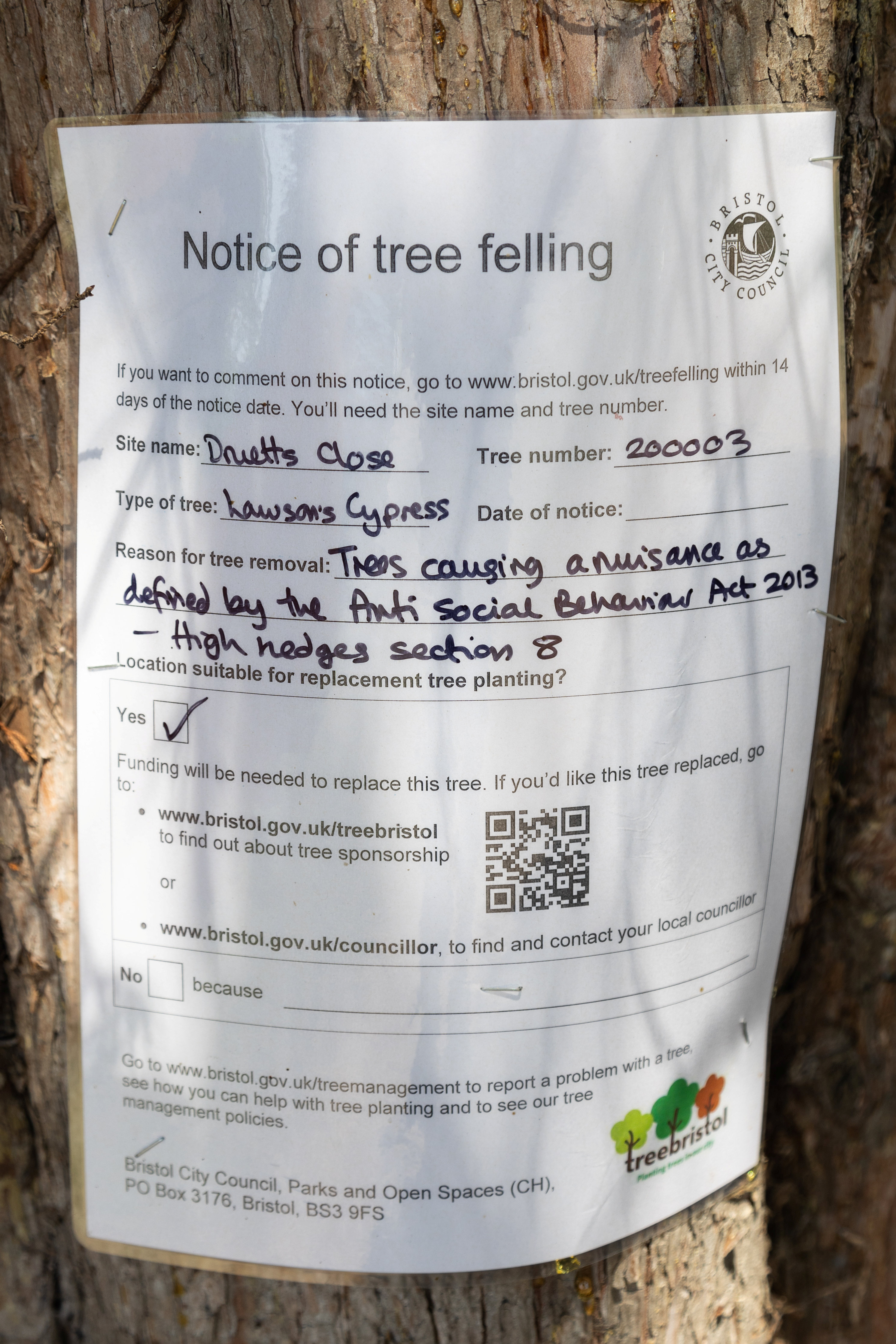 The council’s notice on one of the treesCredit: SWNS

The trees have sat in a quiet cul-de-sac in Horfield in Bristol for 50 years and are popular with local kids and wildlife including birds and squirrels.

Locals in Druetts Close say they are a focal point for residents – where they all meet for barbeques and their children play together.

But Bristol City Council has now slapped them with a felling notice which has been pinned to one of the trees – classing them as a “nuisance”.

It says it can’t simply cut them down to size – as they would be unlikely to survive.

The felling is on the grounds they are legally defined as a hedge – under the same laws covering anti-social behaviour orders.

The notice, which appeared on July 9, reads: “Trees causing a nuisance as defined by the Anti Social Behaviour Act 2003 – High Hedges Section 8.”

The Act states that if a ‘hedge’ is made up of mostly evergreen or semi-evergreen trees or shrubs, of more than two in a line and over two metres in height, and acts as a barrier to light or access, then it is classed as a ‘high hedge’.

But locals including mum-of-three Laura Lawrenson, 40, who lives directly opposite the trees, are fuming.

She said: “How can that be classed as a hedge? It doesn’t make any sense whatsoever.

“That is not a hedge. That is two really beautiful trees that have grown together.

“It’s also a real shame because those trees have been there since the early 1970s, at the same time as the estate was built. Everybody is really sad about it.”

And Laura added that her three young children, aged five, three, and one, love to play around the trees with the other children on the street, and even try to climb them.

She said: “There’s 14 children on this street in total, and they all use these trees as a nice area to meet and play.

“I also think it’s so nice, in the middle of a city, to have a tree right on your doorstep that you can go out and climb.

“They’ll all really miss it if it goes. My oldest daughter used to think the tree was her tree, that it belonged to her.”

And former councillor Chris Coldbreath, 64, who lives two doors down from Laura, branded the situation as “ridiculous”.

The whole thing is a travesty

He said: “I cannot see how the council can class these two massive trees as an antisocial hedge.

“I don’t think they are working properly within the law. The law cannot be used to remove or damage trees – and yet they are using the law to try and remove these trees.

“The whole thing is a travesty.”

Meanwhile, 20-year-old Ellie Haywood said that she has lived on the street for most of her life, and feels as if she has grown up with the trees.

She said: “They’ve just been there for so long that it feels like they’re part of the road.

“I’ve lived here since I was three, and the trees have just always been there. I feel like I’ve grown up with them. It’s a shame, really. I would be sad to see them go.”

A Bristol City Council spokesperson said: “The action being taken is not a matter of council policy.

“But it is to ensure compliance with national legislation, which designates this type of tree as a hedge.

“We are responding to a complaint about the hedge, in line with the legislation, and have reviewed the options available to us.

“Reducing these trees to the necessary size would leave them unlikely to survive and removing and replanting the tree has been agreed as the best option.

“We have received a number of comments from local residents supporting this approach.

“We’re also investigating and offering further tree-planting spots to bring us closer to our aim of doubling the city’s tree canopy by 2046.'” 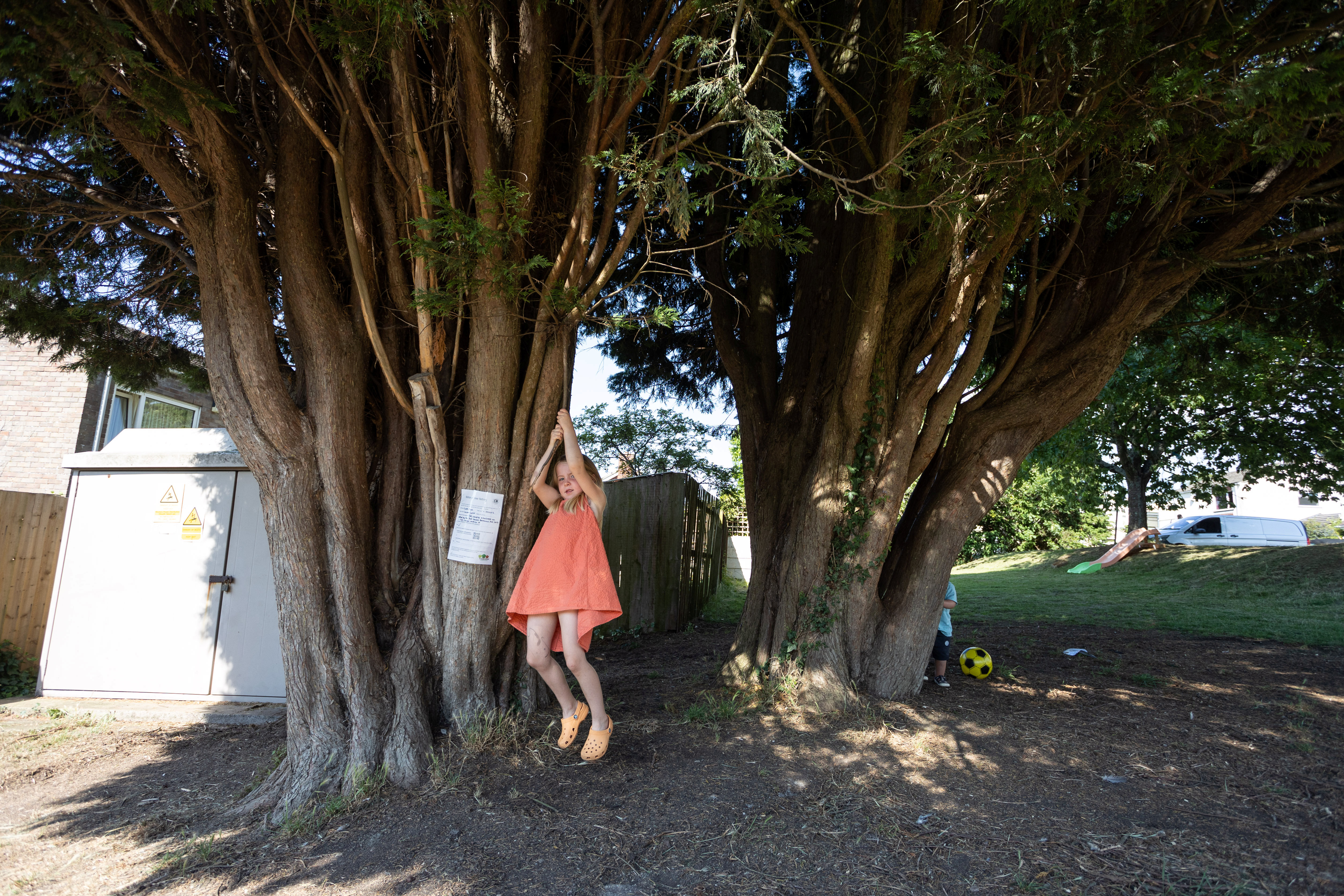 The trees are popular with local kids and wildlife including birds and squirrelsCredit: SWNS 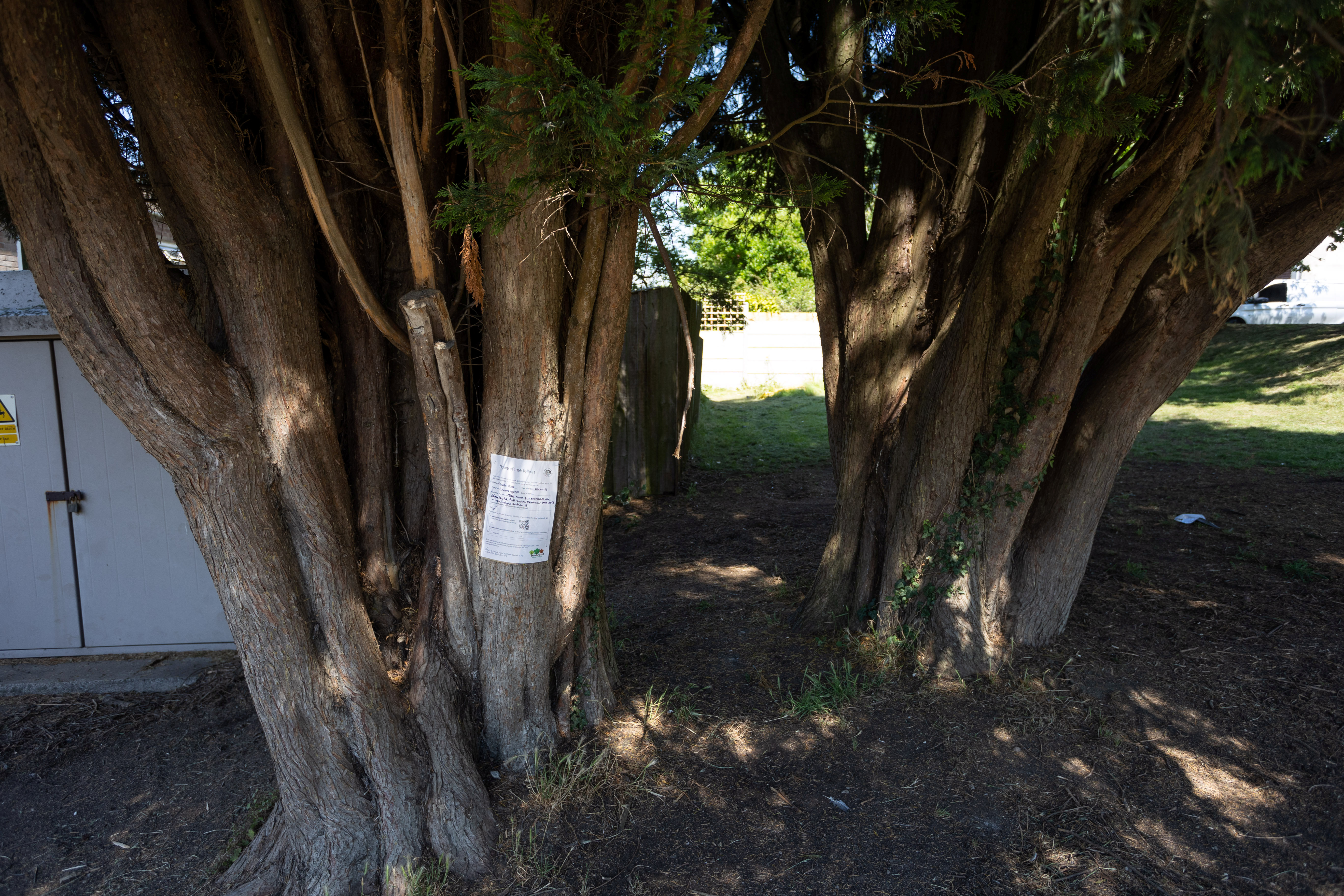 The notice slapped on one of the treesCredit: SWNS