BRITS were left fuming after the Transport Secretary announced “high flying” execs were given an exemption for travel quarantine.

Grant Shapps revealed last nightbusiness execs would be among those who don’t have to self-isolate when coming into the UK from high-Covid areas but he was accused of only looking after the “rich and famous”. 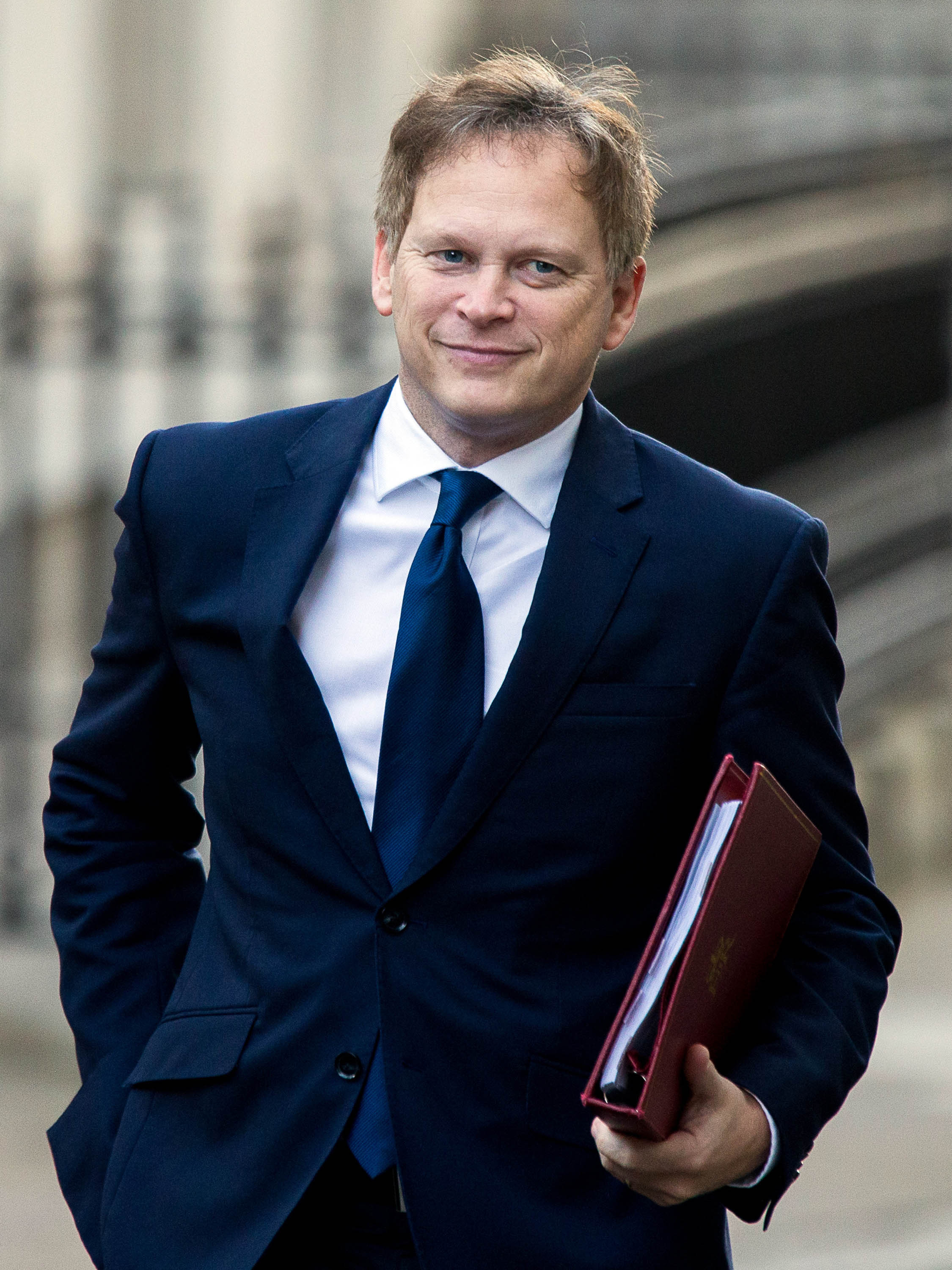 Grant Shapps revealed business execs would be among those who don’t have to self-isolate when coming into the UK from high-Covid areasCredit: �2020 Martyn Wheatley / Parsons Media

He said journalists and elite sportsperson would also be exemptCredit: @grantshapps/Twitter

Foreign CEOs visiting branches of their companies, British executives who left the UK on a business trip and investors from abroad will all be exempt from 14 day self-isolation.

Mr Shapps tweeted: “New Business Traveller exemption: From 4am on Sat 5th Dec high-value business travellers will no longer need to self-isolate when returning to ENGLAND from a country NOT in a travel corridor, allowing more travel to support the economy and jobs. Conditions apply.”

But the announcement was met with fierce backlash with Brits furious they would still be left under “house arrest” while the rich jumped the queue.

Labour’s Shadow Transport Secretary Jim McMahon blasted the new rules, saying: “One rule for those they consider ”high-value” and another for everybody else.”

Labour MP Ben Bradshaw tweeted: ‘Is this a joke? What Is high value?

“So the Government lets its rich mates in quarantine-free, while the rest of us trying to see our loved ones for Christmas have to quarantine for 5 days & then pay £150 for a test.”

And people piled onto Mr Shapps on twitter, with one person saying: “This is wrong for so many reasons.

“Total lack of empathy for the majority of the UK, but if you have a few quid, you have the all clear.”

And another stormed: “So it’s ok for ‘regular people’ to be under house arrest or even false imprisonment whilst education, the economy, mental health are all trashed, as long as the rich and famous can do whatever they fancy.

“Thus confirming this was never about health, but something else entirely.”

People piled onto the new announcement

Business travel is worth £7.5bn to the economy every year – around 26 per cent of the global spend.

Sports stars, performing arts professionals, Journalists and TV production staff will all be exempt from Saturday.

The DfT said sectors such as media and elite sport were also selected for exemption from quarantine as they “require specific, high-talent individuals who rely on international connections”.

It added: “PHE (Public Health England) do not anticipate these changes will raise the risk of domestic transmission, due to the protocols being put in place around these exemptions, however all exemptions will remain under review.”

Currently, nearly all people arriving in the UK from destinations not believed to be at low risk of coronavirus are required to self-isolate for 14 days.

Paul Charles, chief executive of travel consultancy The PC Agency, said: “This is a welcome first step in dismantling the quarantine system and showing that Britain is open for business again.

“There will be some big businesses that are able to take advantage of it.”

It comes after the government previously announced that the quarantine rules would change for all passengers on Dec. 15, in that people would have the option of taking a COVID-19 test after five days of self-isolation.

If the result was negative, people would then be released from self-isolation. 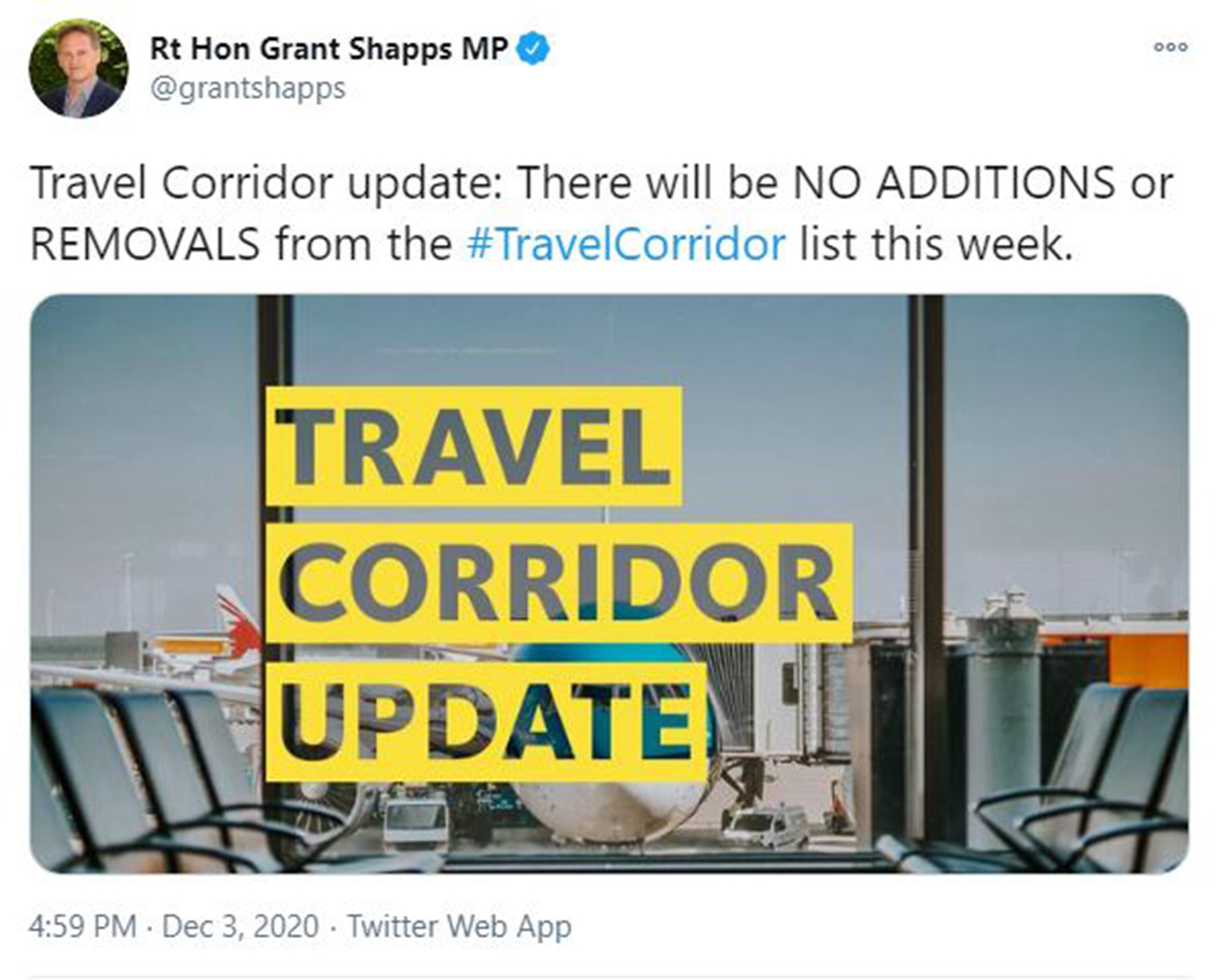 THIS is the moment a furious driver ties an Insulate Britain activist to a railing with his OWN banner. The...