A team of astronomers have created breathtaking new images of nearby galaxies using massive telescopes on Earth and in space.

The pictures use distinct colours to show different components of galaxies, like stars and gases. This helps astronomers locate newly-formed stars in galactic nurseries.

They’re the result of work by 90 researchers at 30 different institutions involved in a project known as PHANGS, or, ‘Physics at High Angular resolution in Nearby GalaxieS.’

Astronomers hope images like these will help them better understand the mysterious process of star formation.

PHANGS team member Kathryn Kreckel said: ‘There are many mysteries we want to unravel. Are stars more often born in specific regions of their host galaxies — and, if so, why?

‘And after stars are born how does their evolution influence the formation of new generations of stars?” 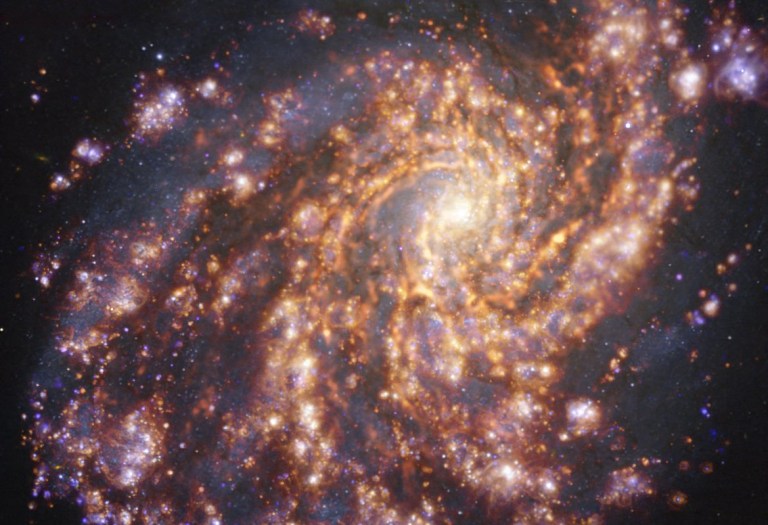 The research team took scans of the galaxies in different wavelengths to build their remarkable images. This helped them better capture the stars and gases floating in these regions.

Warm, bright gases are a smoking gun for newborn stars, which illuminate and heat the gas around them.

PHANGS team member Francesco Belfiore said: ‘[The combination of wavelengths] allows us to probe the various stages of stellar birth — from the formation of the stellar nurseries to the onset of star formation itself and the final destruction of the nurseries by the newly born stars — in more detail than is possible with individual observations. 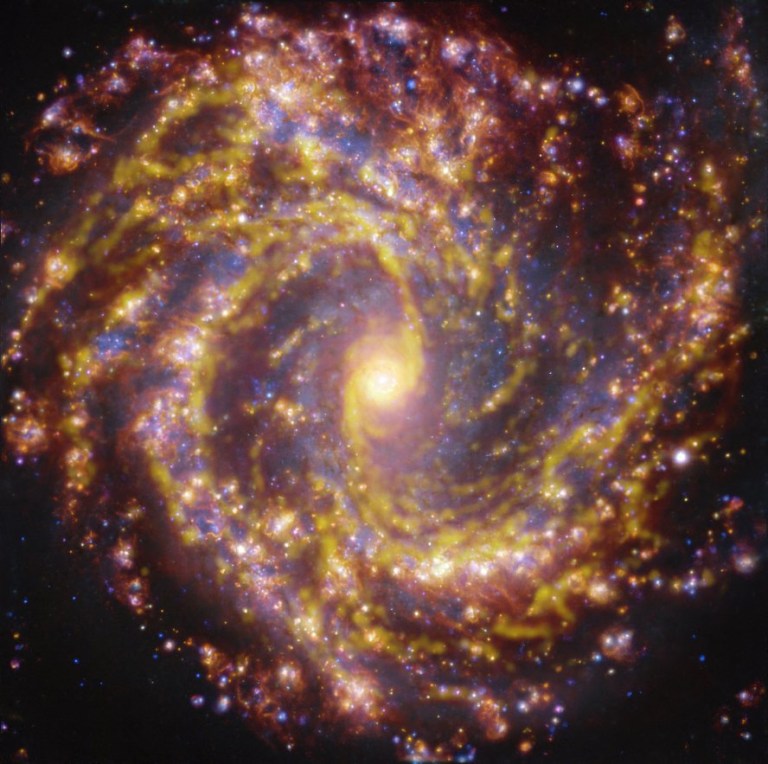 The nearby galaxy NGC 4303 is pictured (Credits: European Southern Observatory/AFP via Getty Images)

‘PHANGS is the first time we have been able to assemble such a complete view, taking images sharp enough to see the individual clouds, stars, and nebulae that signify forming stars.’ 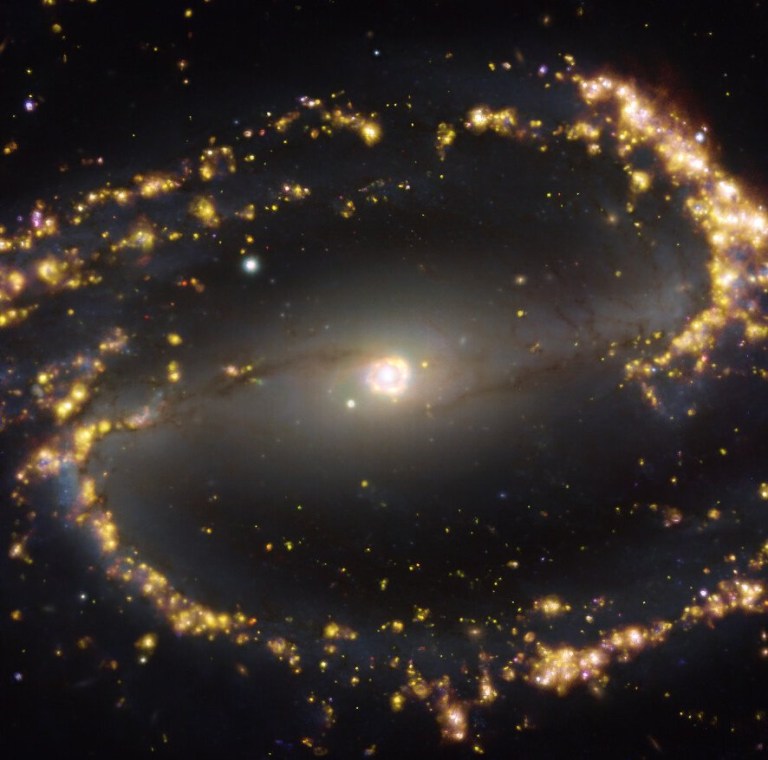 This image shows the nearby galaxy NGC 1300: a spiral galaxy, with a bar of stars and gas at its centre, located approximately 61 million light-years from Earth in the constellation Eridanus. (Credits: EPA/ESO/PHANGS) 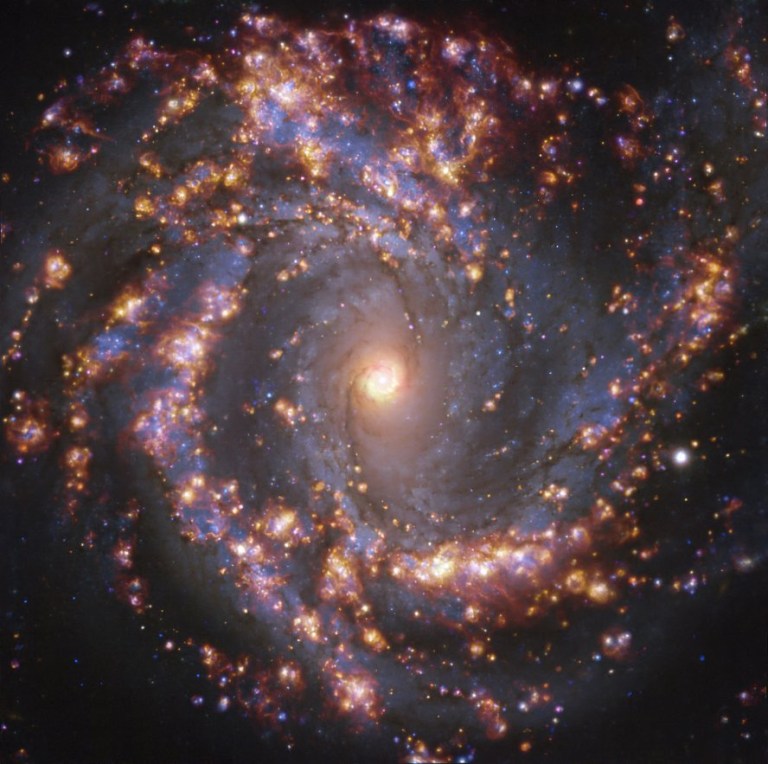 This image also shows NGC 4303, which is a spiral galaxy with a bar of stars and gas at its centre, located approximately 55 million light-years from Earth in the constellation Virgo. (Photo by European Southern Observatory/AFP via Getty Images)

The nearby galaxy NGC 3627, a spiral galaxy located approximately 31 million light-years from Earth in the constellation Leo, is pictured. The image was created by combining a combination of observations conducted at different wavelengths of light to map stellar populations and warm gas. (Credits: EPA/ESO/PHANGS)

PHANGS principal investigator Eva Schinnerer said: ‘As amazing as PHANGS is, the resolution of the maps that we produce is just sufficient to identify and separate individual star-forming clouds, but not good enough to see what’s happening inside them in detail.

‘New observational efforts by our team and others are pushing the boundary in this direction, so we have decades of exciting discoveries ahead of us.’