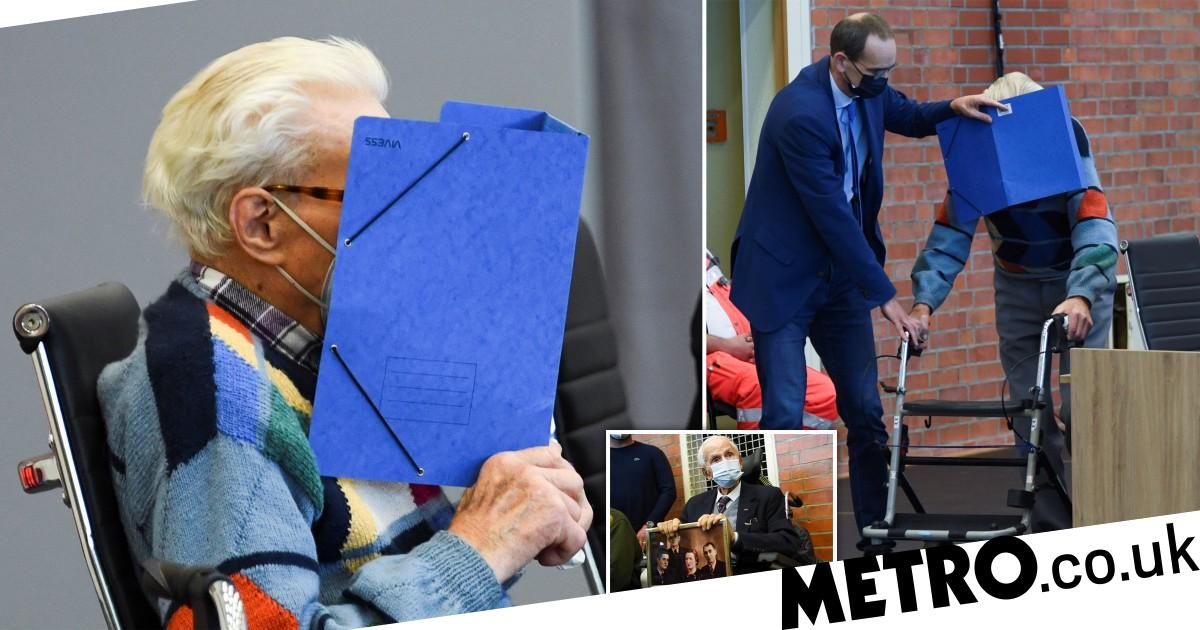 A 100-year-old man has become the oldest former Nazi prison camp guard to go on trial, accused of contributing to the deaths of more than 3,000 people.

The defendant, known only as Josef S, hid his face with a folder as he hobbled into a German courtroom on a walking frame on Thursday.

It’s alleged that as a member of the SS paramilitary group, he regularly stood guard in the watchtower at the Sachsenhausen concentration camp, near Berlin, between 1942 and 1945.

Exact numbers on those killed vary, with upper estimates of some 100,000. Josef S is charged with 3,518 counts of accessory to murder.

He is being prosecuted after a court ruling in 2011 which paved the way for those who contributed indirectly to wartime murders, without pulling a trigger or giving an order, could bear criminal responsibility.

Allegations include aiding and abetting the ‘execution by firing squad of Soviet prisoners of war in 1942’ and the murder of prisoners ‘using the poisonous gas Zyklon B’.

As the trial began his lawyer, Stefan Waterkamp, told the court his client ‘will not speak’ about the atrocities and will ‘only provide information about his personal situation.’ 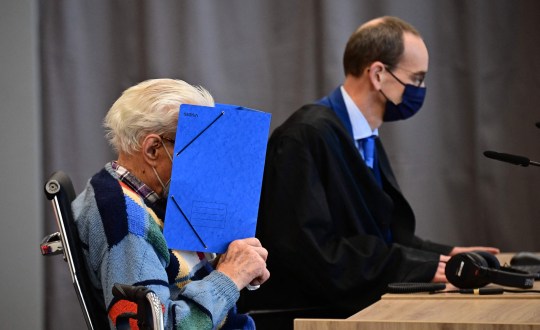 The defendant covered his face as he waited for the trial to begin (Picture: Getty)

After an assessment, authorities deemed the defendant fit enough to stand trial despite his advanced age, although the number of hours per day the court is in session will be limited.

Proceedings have been moved to a prison sport hall in Brandenburg, given the significant public interest.

Josef S remains free during the trial. Even if convicted, he is highly unlikely to be put behind bars given his age.

A survivor of Sachsenhausen, 100-year-old Leon Schwarzbaum, attended the trial as a visitor. 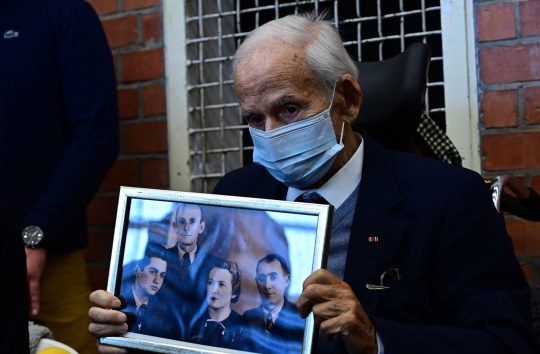 ‘This is the last trial for my friends, acquaintances and my loved ones, who were murdered, in which the last guilty person can still be sentenced — hopefully’ Schwarzbaum, who also survived the Auschwitz death camp and Buchenwald concentration camp, told German news agency dpa.

Antoine Grumbach, 79, whose father was killed at the camp, said he wanted the accused to acknowledge ‘the possibility of guilt’.

The executive vice president of the Auschwitz Committee expressed disappointment that the suspect would not comment on the allegations. 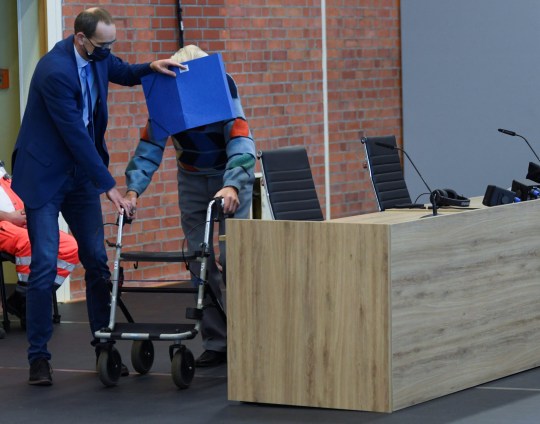 Lawyer Stefan Waterkamp said his client does not intend to comment on the atrocities at the camp (Picture: Reuters)

‘Obviously, however, he does not want to muster the strength to remember, and for the survivors of the camps and for the relatives of the murdered who have come here to hear some truth spoken, this means once again a rejection, a disparagement and a confrontation with the continued silence of the SS.’

The opening of the trial comes a week after the opening of another elderly concentration camp suspect’s trial was disrupted.

A 96-year-old former secretary for the Stutthof camp’s SS commander skipped the opening of her trial at the Itzehoe state court in northern Germany.

She was tracked down within hours and proceedings are to resume on Oct. 19.