GLAMPING sites costing up to £2,000 for three nights are “more Chernobyl than Champneys”, say livid punters.

Cloud Nine glamping at the Bathurst Estate near Cirencester, Gloucestershire

The NHS worker, who paid nearly £1,000 to stay at the Norfolk site for four nights with his wife and three kids, said: “They sold you a dream and it just didn’t come true.

“There are no bespoke cocktails. The food offerings consisted of a fish and chip van and overpriced mac and cheese stand. 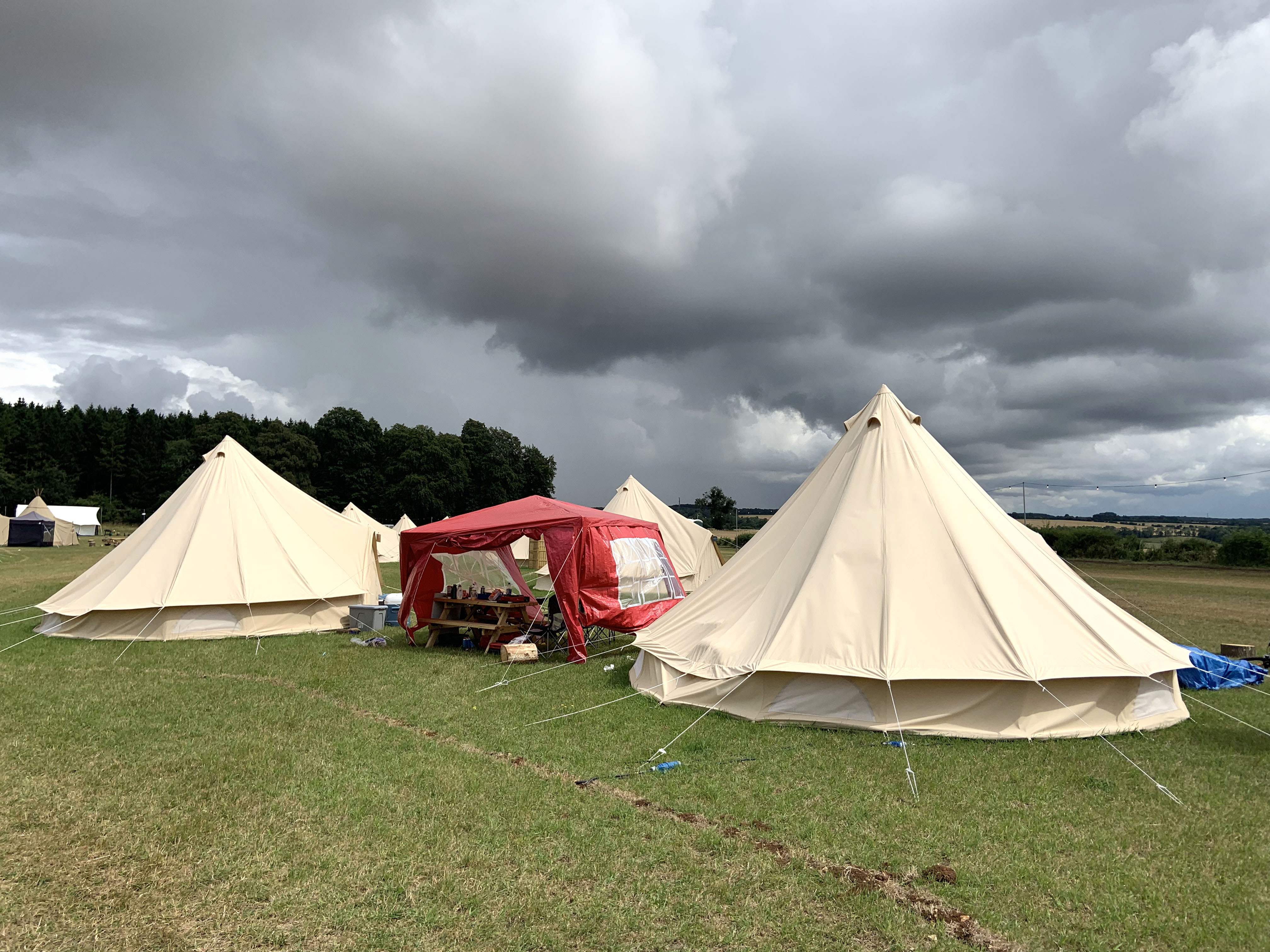 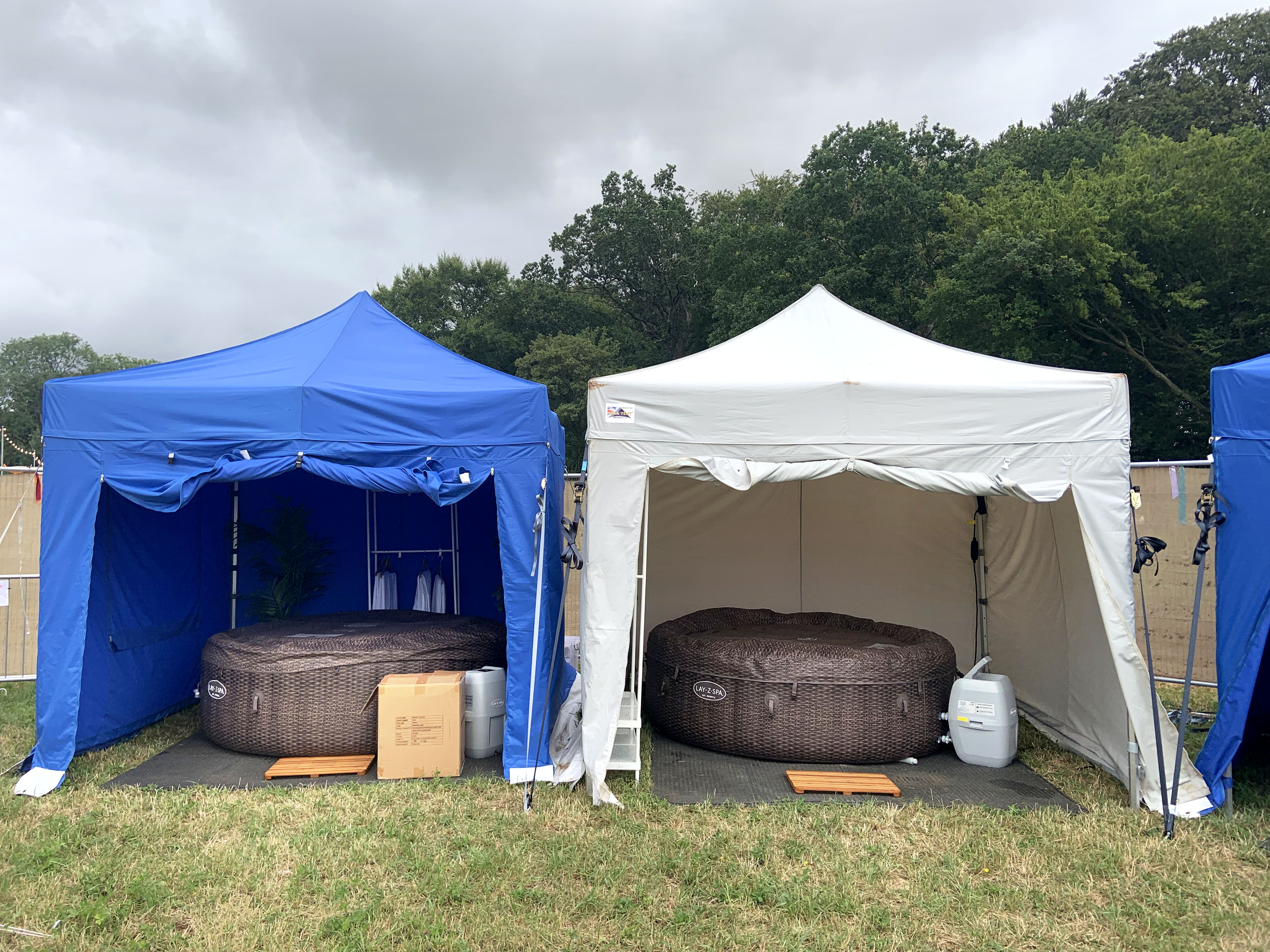 Hot tub and bubbles in brochure, less inviting on site

“There was no zip wire or fairground. And there was one sink for people to do their washing.”

Simon Wilson, who owns a catering firm at the Cotswolds site, said: “We were told it would be a festival-type event. Five-star luxury with cocktails and champagne.

“But the site is more like Chernobyl than Champneys. 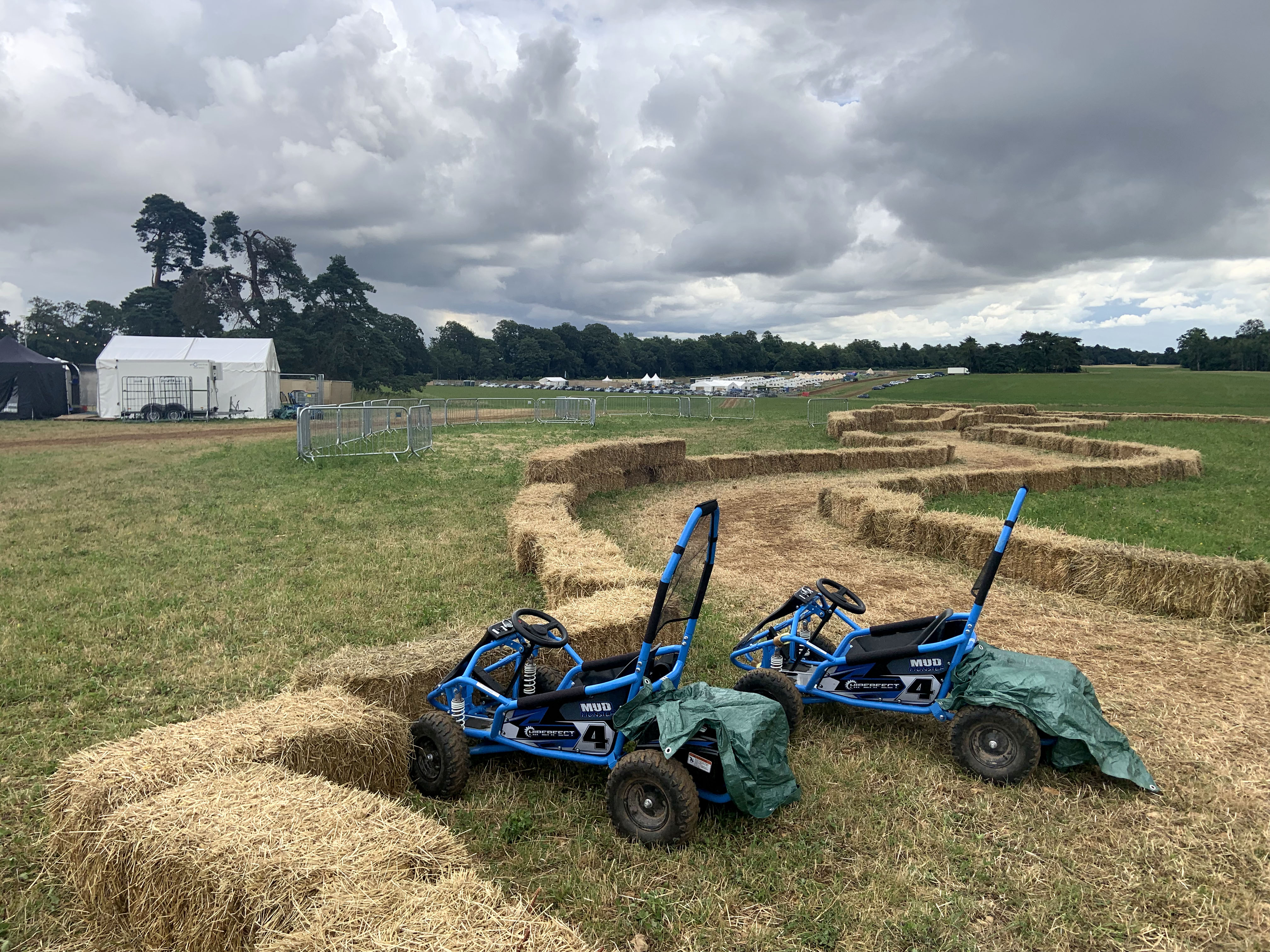 Buggies are unused as visitors desert Cotswolds site during the day

“There is nothing to do so they are spending their days off site. It’s like the Mary Celeste here.” 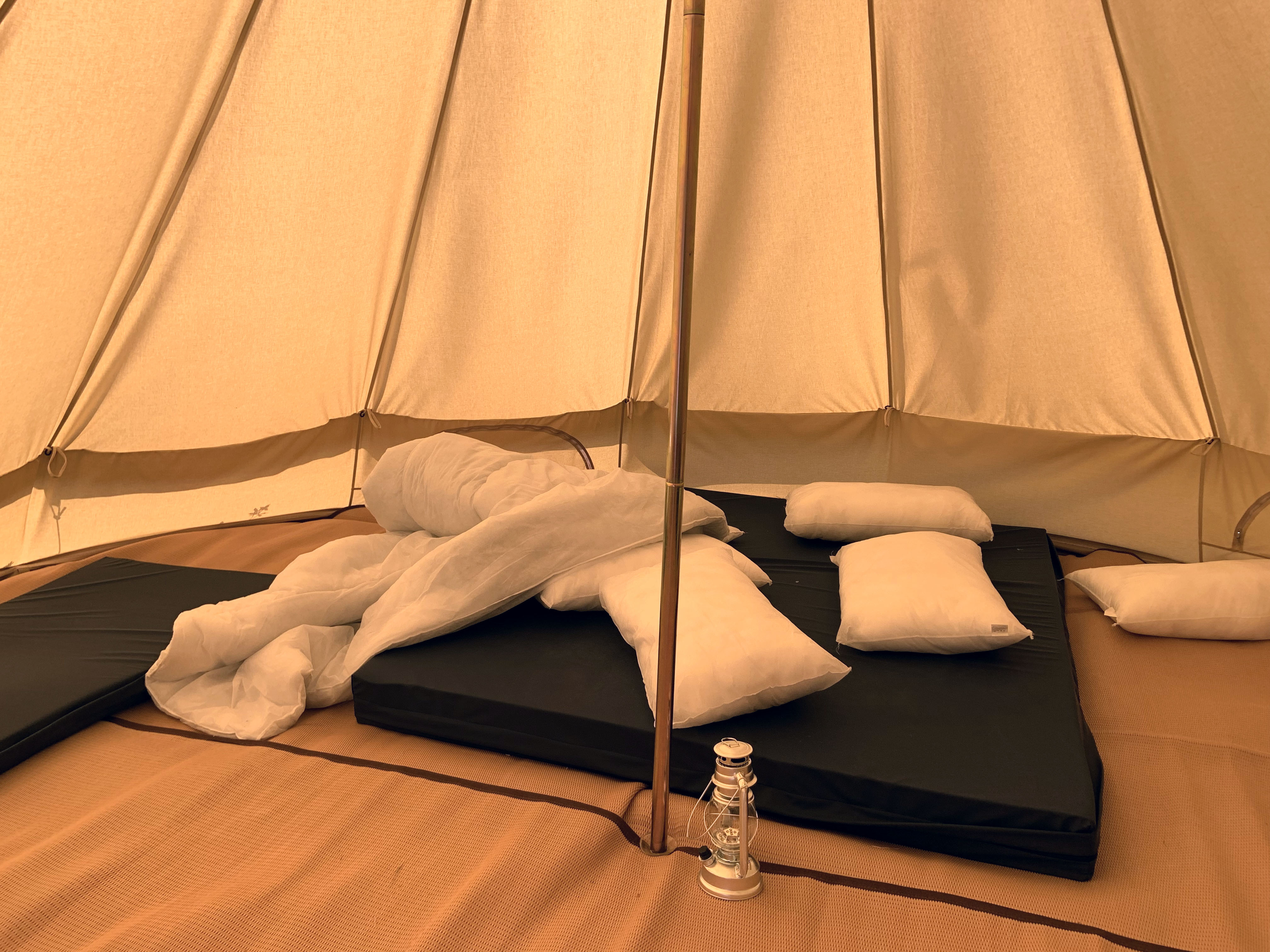 Inside one of the tents at Cloud Nine glamping 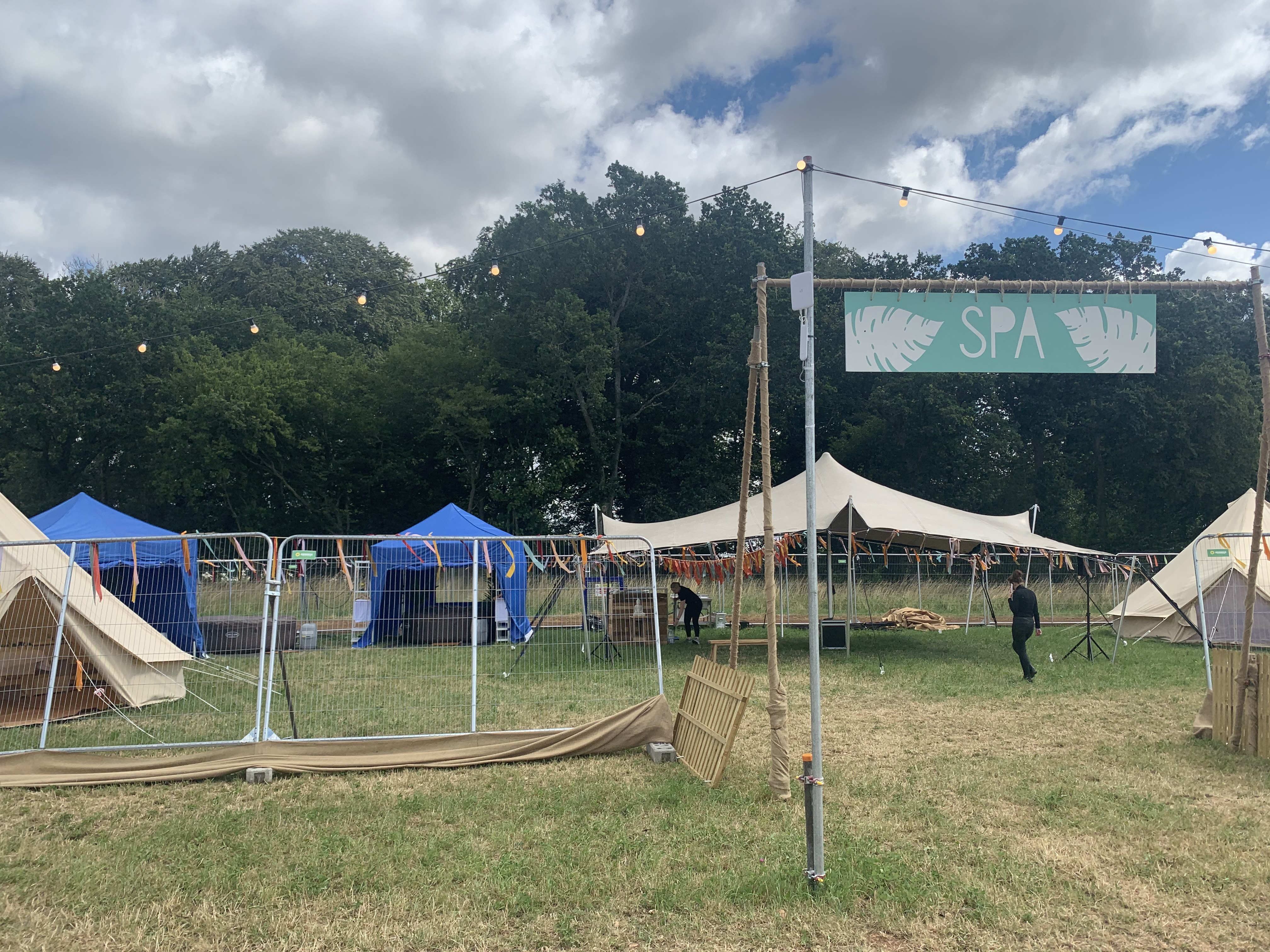 Mili Verma wrote: “Checked in at 9.30pm. I’m waiting in a tent with a dirty floor left by previous tenants. Children have to sleep soon!

Angie Heartfield said: “Overpriced and under­delivered. It didn’t live up to the image.”

Cloud Nine, which also has a site in Dorset, did not comment.