Rumi Chhapia wasted £2.5million, believing more gambling could get him ‘out of turmoil’ (Picture: PA)

A ‘hard-working’ and ‘talented’ GP stole more than £1.1million from his own GP practices as he tried to gamble his way through financial difficulties.

Rumi Chhapia, 45, was jailed for three years and four months yesterday after admitting to embezzling money from the healthcare group he founded.

The dad-of-two volunteered to take over group’s finances last August, after the person who was originally in charge, Mark Stubbings, signed off sick.

But Chhapia was struggling at the time personally due to a combination of gambling addiction, the pandemic and a high tax bill.

He had already remortgaged his house, lost his car and owed friends and family £325,000, Portsmouth Crown Court heard.

‘He was under the delusion that if he won he could get himself out of turmoil,’ defence lawyer Stan Reiz said. 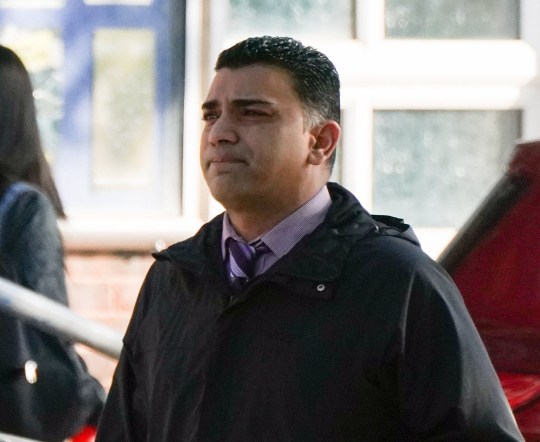 The dad-of-one sobbed throughout his sentencing hearing (Picture: PA)

Chhapia started transferring money from his company’s account into his own ‘to pay for slot machines and roulette’.

In total, he gambled away £2.5million before recouping £1.2million. He then used £238,000 of that money to repay PPCA but continued gambling.

Gambling companies later agreed to refund £900,004 to make up the rest of the stolen amount.

Even after Chhapia’s colleagues questioned him about the missing money, the doctor continued to steal funds that should have gone to the 16 GP surgeries PPCA runs for the city of Hampshire.

Ms Reiz said: ‘The temptation increased and he took some money and gambled it and lost it and he had crossed that line. 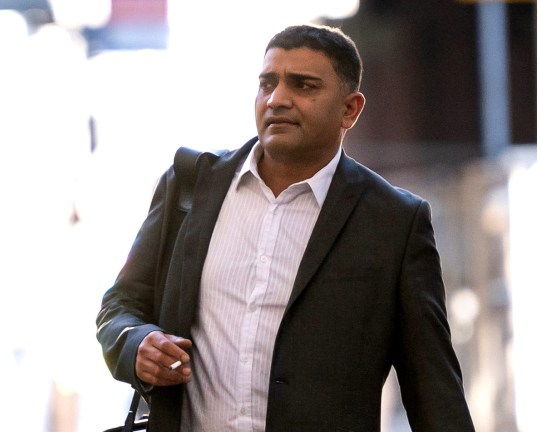 In total, Chhapia took £1,133,704.50 from money that should have gone to supporting surgeries (Picture: Solent News Agency)

‘The reason why the amount is so high is because he entered into a desperation phase and thought the next bet would be the panacea of all his bets. This is an offence by someone who was desperate and did wrong.’

PPCA director Mark Swindells said some of his staff needed counselling because they ‘struggled to come to terms with [Chhapia’s] actions’.

He said the financial impact of the fraud was ‘profound’ and had left him with ‘tight’ finances to run a company, impacting how much he can pay workers.

Chhapia , who sobbed throughout his hearing, was said to be ‘deeply remorseful’ about his ‘six weeks of madness’.

Judge Keith Cutler told Chhapia he had ‘abused the trust’ placed on him and ‘fobbed off’ colleagues who confronted him.

Speaking directly to the disgraced doctor, the judge said: ‘This is a very serious abrogation of your responsibilities as a doctor.. your duty should have been to provide the very best care to your patients and that should have been the pinnacle, but you were dishonest.

Chhapia, who had one previous conviction for drink-driving, resigned from his job last October and admitted fraud by abuse of position.