GPs have been asked what actions they would be willing to take to stop new pay transparency rules (Picture: EPA/Getty)

A boycott of the Covid vaccine rollout is being considered by doctors in protest at plans to publish the names of high-earning GPs, according to reports.

The option was reportedly included in a survey recently sent to members of the doctors’ union, the British Medical Association (BMA).

GPs were asked to consider various actions they would be willing to take in an attempt to overturn the new transparency rules.

The list included whether they were prepared to stop administering jabs, according to the Mail on Sunday which has seen a leaked copy of the poll.

The BMA has insisted the ballot was ‘indicative’ while next steps are still being considered.

But campaigner Dennis Reed, director of the Silver Voices campaign group, has branded the threat of a vaccine boycott ‘extreme’.

The Government wants to publish the names of all GPs who earn more than £150,000, to bring the NHS in line with the civil service’s transparency rules. It was originally hoped the list would be published by the end of the year.

But the BMA fears GPs are being ‘singled out’ as other senior health professionals such as dentists and NHS managers are not yet being subjected to the new rules. 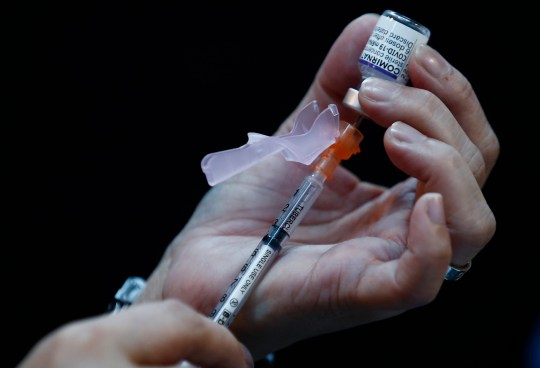 The threat of a boycott comes amid a ramping up of the vaccine roll out (Picture: EPA)

Representatives of the union have also claimed that the publication of names of GPs could ‘trigger a new wave of abuse.’

GP surgeries are among the many sites that have been administering vaccines along with pharmacies and specially created walk-in centres.

The threat of a boycott comes as the vaccine drive ramps up again with the UK preparing to enter a potentially difficult winter.

This week, millions of third doses will be administered to those newly eligible for boosters as immunity from their earlier jabs wanes. 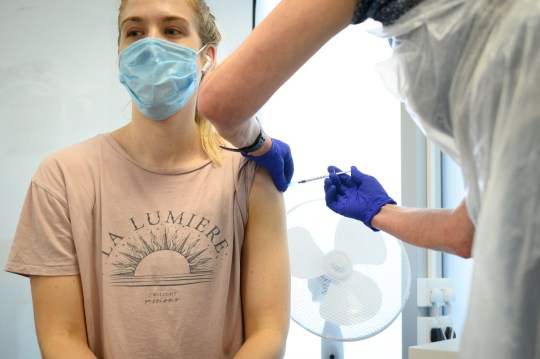 GPs are administering the vaccine along with other health professionals (Picture: Getty)

Bookings for a third jab are opening on Monday in England for people aged 40 and over.

Sixteen and 17-year-olds will also be able to book in for their second jab from the same day.

A BMA spokesman told the Mail on Sunday the survey ‘was an indicative ballot that asked what actions practices might be willing to take in response to the lack of support from Government and NHS England for general practice in the face of unprecedented pressures that are risking the quality and safety-of-care that GPs are able to offer to patients.’

He added: ‘The GP committee has discussed the results and we are now analysing them in detail before deciding on the next steps.’ 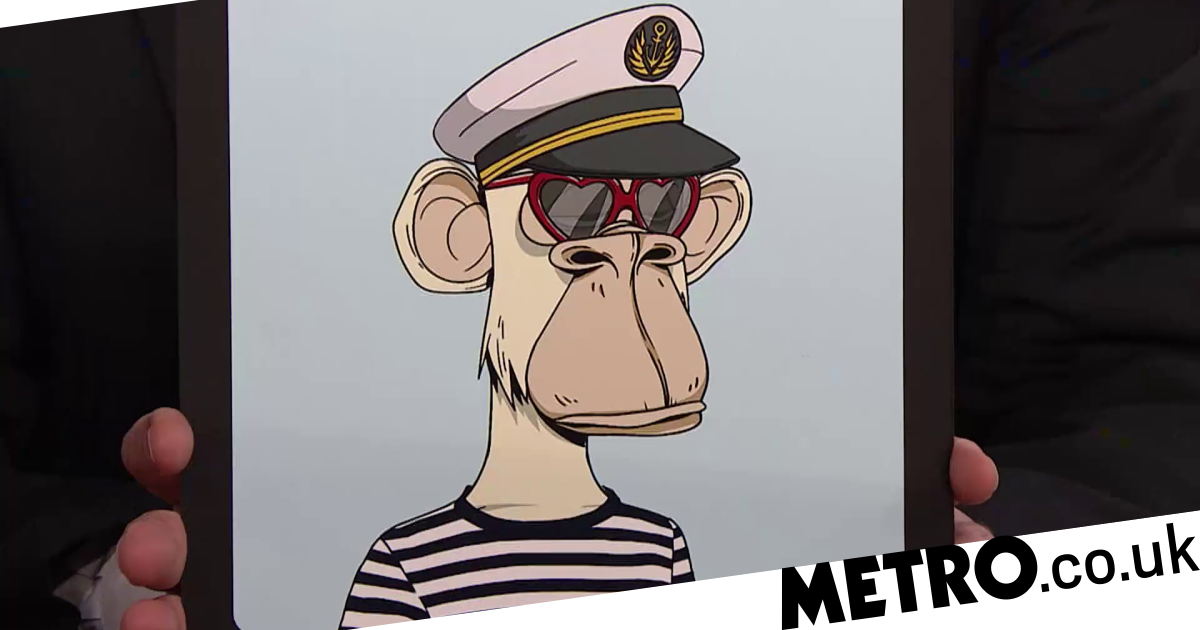