Corals fertilize billions of offspring by casting sperm and eggs into the ocean (Credits: AP)

In an annual explosion of colour, the Great Barrier Reef’s spawning event where coral simultaneously releases sperm and eggs all at once, took place overnight Tuesday off the coast of Cairns, Queensland.

Scientists who witnessed the event said that it was a positive sign the reef was able to regenerate despite ecological threats. Only 2 per cent of the Great Barrier Reef remains unaffected by bleaching since 1998.

‘Nothing makes people happier than new life — and coral spawning is the world’s biggest proof of that,’ said Australian marine biologist Gareth Phillips in a statement via Queensland Tourism and Events.

Philips had a front-row seat to this year’s coral spawn as his team of marine biologists, divers, students and photographers from Reef Teach, dived to the bottom of the ocean to capture footage of the coral.

Reef Teach is a platform for gathering and sharing information on the Great Barrier Reef, through research and education. Over the next few days, the team will be travelling to other reef sites to film and observe this phenomenon.

Footage of the spawning will allow scientists to monitor this year’s coral crop and keep tabs on the general health of the Great Barrier Reef, which is protected by UNESCO. 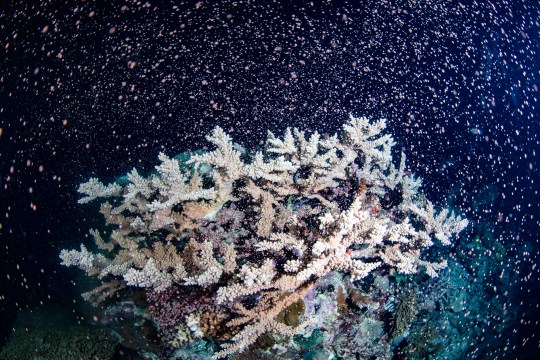 In July, the World Heritage Committee decided not to place the reef on a list of World Heritage Sites ‘in danger’. The designation means a site is under threat, and if action isn’t taken to address concerns, it could lose its World Heritage status. Australia now has to report its conservation efforts to UNESCO by February 2022.

‘I’ve seen the corals all go off at once, but this time there seemed to be different species spawning in waves, one after the other. The conditions were magical with the water like glass and beautiful light coming from the moon,’ he said. 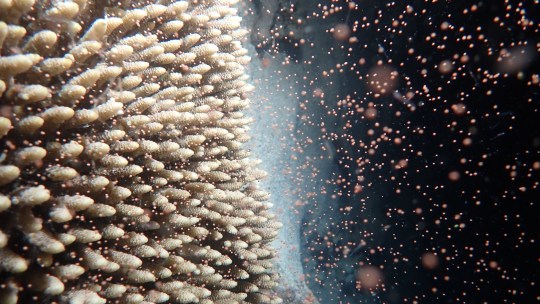 Philips and his team swam around looking for coral on the verge of spawning.

‘Once we found a ripe coral, we watched as it took about 30 seconds for each colony to complete its spawning. It was so exciting that we even grabbed the skipper and got him in the water,’ he added. 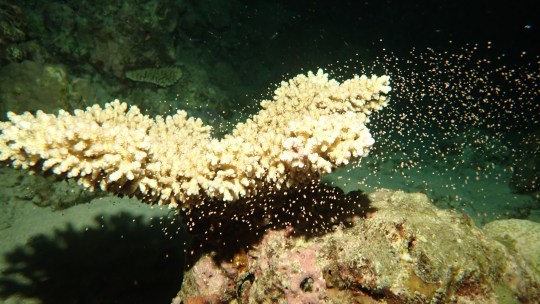 The Great Barrier Reef’s coral spawn is an annual phenomenon. For much of the year, coral multiplies by splitting and dividing, but once a year the coral simultaneously releases bundles of sperm and egg into the ocean.

‘Each coral larvae drifts until it lands and settles on the seafloor,’ said Philips. ‘Spawning takes place over several days with different species spawning on different nights,’ 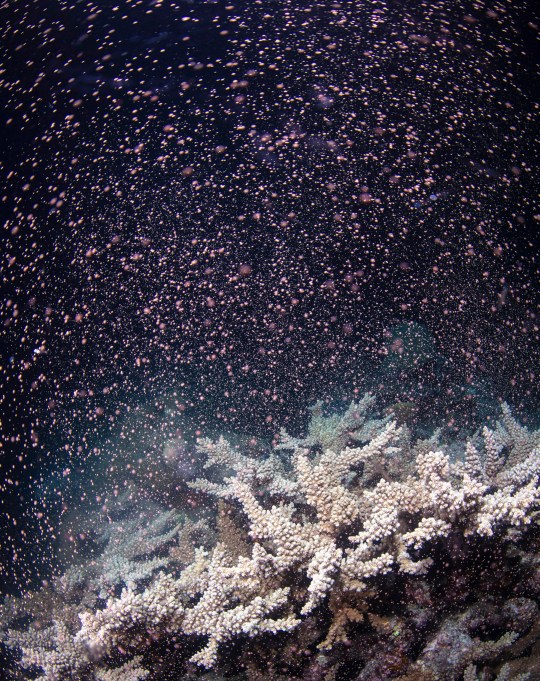 Scientists who witnessed the event said that it was a positive sign the reef was able to regenerate despite ecological threats. (Credits: AP)

The Great Barrier Reef Foundation explains that releasing bundles at the same time increases the likelihood of finding another bundle from the same coral species, necessary for reproduction.

The annual coral spawn usually takes place from October to November, but timings can vary due to factors like water temperature and currents. The date of the spawning can also fluctuate across the length and breadth of the 2,300 kilometres long Great Barrier Reef.

Philips said it was ‘gratifying’ to see the reef give birth saying, ‘It’s a strong demonstration that its ecological functions are intact and working after being in a recovery phase for more than 18 months.’ 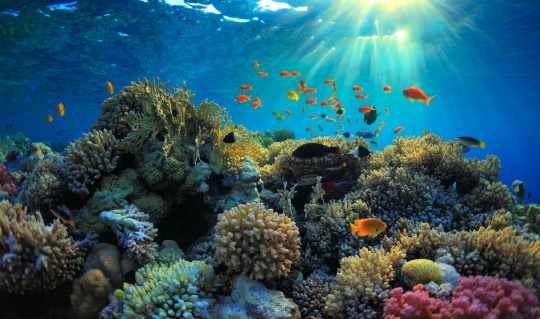 The Great Barrier Reef could possibly survive if we can keep global warming limited to 1.5C (Getty Images)

A study earlier this month found that the Great Barrier Reef had a chance of survival if global warming could be limited to 1.5C, a target also demanded by the Paris agreement.

COP26 that concluded in Glasgow earlier this month saw nearly 200 countries agree on the Glasgow Climate Pact to keep 1.5C alive and finalise the outstanding elements of the Paris Agreement.

‘The reef has gone through its own troubles like we all have, but it can still respond — and that gives us hope. I think we must all focus on the victories as we emerge from the pandemic,’ said Philips, as the event roughly coincided with Australia’s decisions to lift some of the world’s toughest Covid restrictions.