ALMOST half of adults don’t think they’ve made a difference to society in their jobs.

Millions fear they haven’t contributed to the wider world in their career – whether by helping vulnerable people, the local community or the environment. 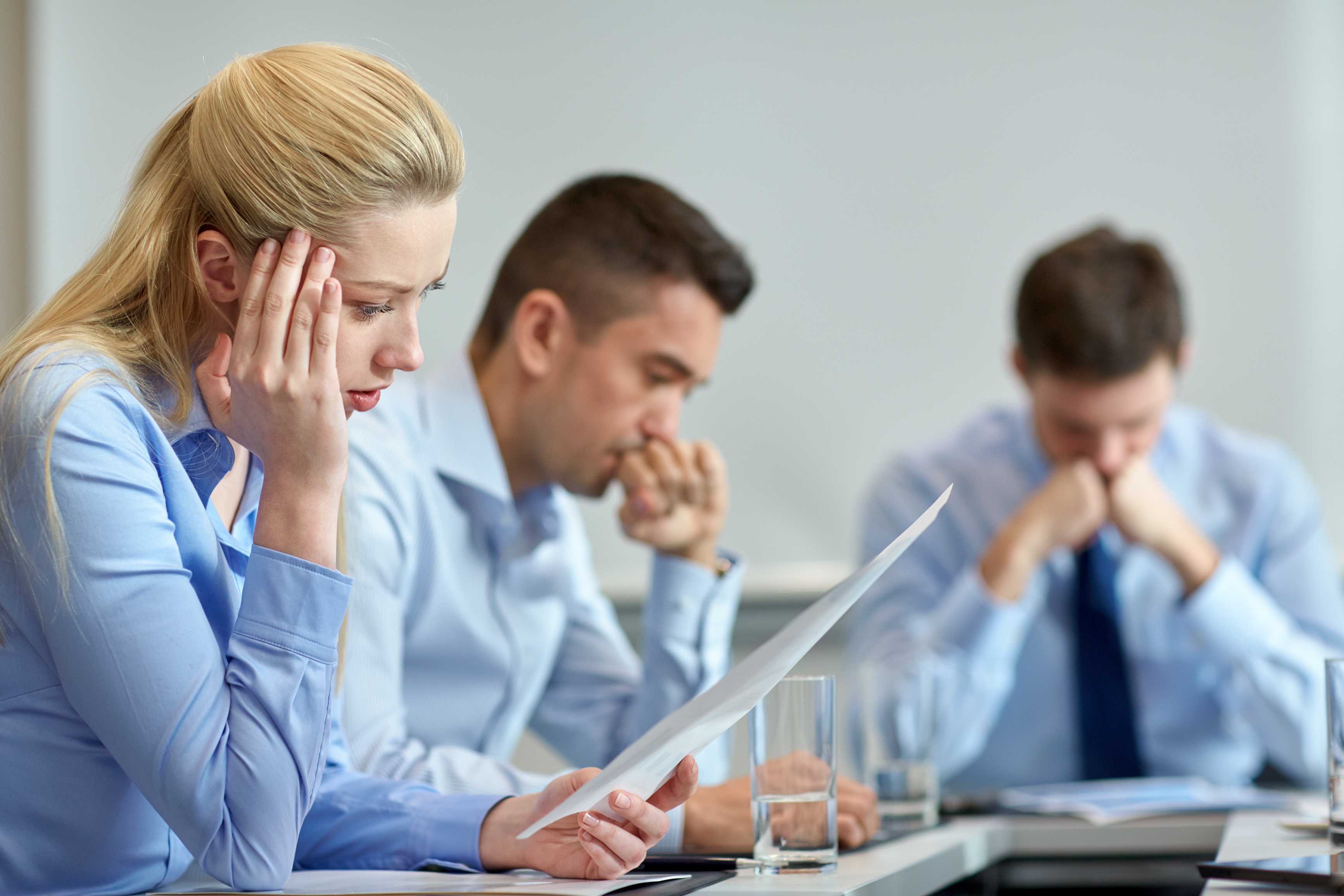 Brits don’t feel like they are making a difference in their work, a study foundCredit: Getty – Contributor

As a result, 45 per cent feel guilt or shame about what they do for a living simply because they don’t think what they do is ‘vital’ – unlike a role such as a carer or charity worker.

And the study of 2,000 adults, commissioned by Bupa Care Homes, found more than half have even considered changing their careers to something more meaningful.

It also emerged that the past nine months has inspired 47 per cent to do a job which gives something back.

A quarter have already made the leap, leaving behind office jobs and retail roles to become fundraisers, teachers and healthcare workers.

Melissa Moore, head of recruitment for Bupa Care Homes, said: “This year has really made many think about their role in society and what impact they make on other people’s lives.

“At the same time, it’s shone a light on the people making a difference – from charities to the frontlines of health and social care – so it’s no surprise to see people taking stock of their own careers.

“If you’re thinking of making a change, there’s never been a better time. Sectors like social care are seeing a boom in recruitment, with a big spike in people considering the sector for the first time.”

Those polled also revealed what traits their ideal role would have – with a sense of fulfilment favoured by 54 per cent of people.

Almost four in 10 (38 per cent) wanted to make a difference to others, while 23 per cent agreed that the opportunity to meet new people was key.

However, 44 per cent admitted a lack of time is holding them back from making positive changes, along with not knowing how to get involved in such a role (22 per cent), and doubts over whether they’ll be good at it.

Thirty-year-old, Sarah Mair made the leap from semi-pro footballer for Tottenham Hotspur and manager of a scrap metal franchise to managing a care home.

Sarah is now home manager at Bupa’s The Arkley care home in Barnet.

She said: “I had a fairly unconventional start to my career in care.

“I left school with five GCSEs, going on to train as a semi-pro footballer for Tottenham Hotspur, and then managing a scrap metal franchise.

“Both jobs were a million miles from what I do now and I never considered working in a care home until my mum was diagnosed with breast cancer.

“I looked after her throughout and, before she died, she told me that I had a gift for caring and asked me to do it for others.”

“A few months later I joined Bupa as a carer but I left after a week as it was reminding me too much of mum.

“Thankfully my manager had seen something in me and helped me to return, making changes in my shifts and schedule to make it easier on me.

“I’m so grateful they did: that was six years ago and I’ve never looked back since.

“Moving into care has honestly been the best decision I’ve ever made; I’ve now got a huge extended family and leave work every day with a smile on my face.

“They’ve encouraged me to learn on the job and I’ve undertaken numerous apprenticeships – something I now encourage all of my team to consider too.

“As a result, I’ve been able to progress my career, working my way from being a carer to managing my own care home – Bupa’s The Arkley in Barnet – in just six years.

“It’s our job to keep a smile on residents’ faces and, as a result, we all have tonnes of fun ourselves.

“What’s more, you get to be a part of some really special moments that you just wouldn’t get in another career.

“I remember one resident who came to our home for end of life care as a result of alcoholism.

“We helped look after him – eventually his health improved and he was able to overcome his addiction.

“That Christmas, me and him spent a weekend Christmas shopping.

“It was his first time out in years, and we got to buy gifts for his family – something he never thought he’d do again.

“To know that you’ve made an impact on someone’s life like that is priceless.”

Melissa Moore added: “Experience isn’t everything, it’s about transferable skills. For example, in our care homes we’ve seen a huge increase in people applying from outside the sector.

“Over the last year we’ve welcomed colleagues from all sorts of sectors, but particularly retail, leisure and tourism.

“From holiday entertainers to hairdressers, we’ve seen a diverse mix of new joiners.

“Far from being under qualified, they bring great skillsets and new ways of thinking. If you can provide this, employers will snap you up and help you learn on the job.”

The study also found three quarters of those polled placed a higher importance on job security as a result of the pandemic.

Like many social care providers, Bupa has seen a spike in recruitment as people look to more stable sectors.

At its peak, applications rose by some 30 per cent since the beginning of the year.

As a result, the company is currently appointing more than 200 new roles each month, across more than 130 care homes nationwide, ranging from carers and nurses, through to chefs, housekeepers and management.

Outside of people’s careers, researchers found 54 per cent of adults have been making steps to benefit society outside of work.

The most common activities included giving to charity shops (55 per cent), donating to food banks (38 per cent) and checking in on elderly neighbours (26 per cent).

Another 22 per cent also donate blood, while one in five undertake challenges to raise money for charity or donate their time at events and fundraisers.

Melissa Moore said: “Now more than ever, it’s important to find the ways to end the day with a smile on your face.

“Whether that’s through supporting charities or finding the job that you love, it’s great to see so many people wanting to make a difference.” 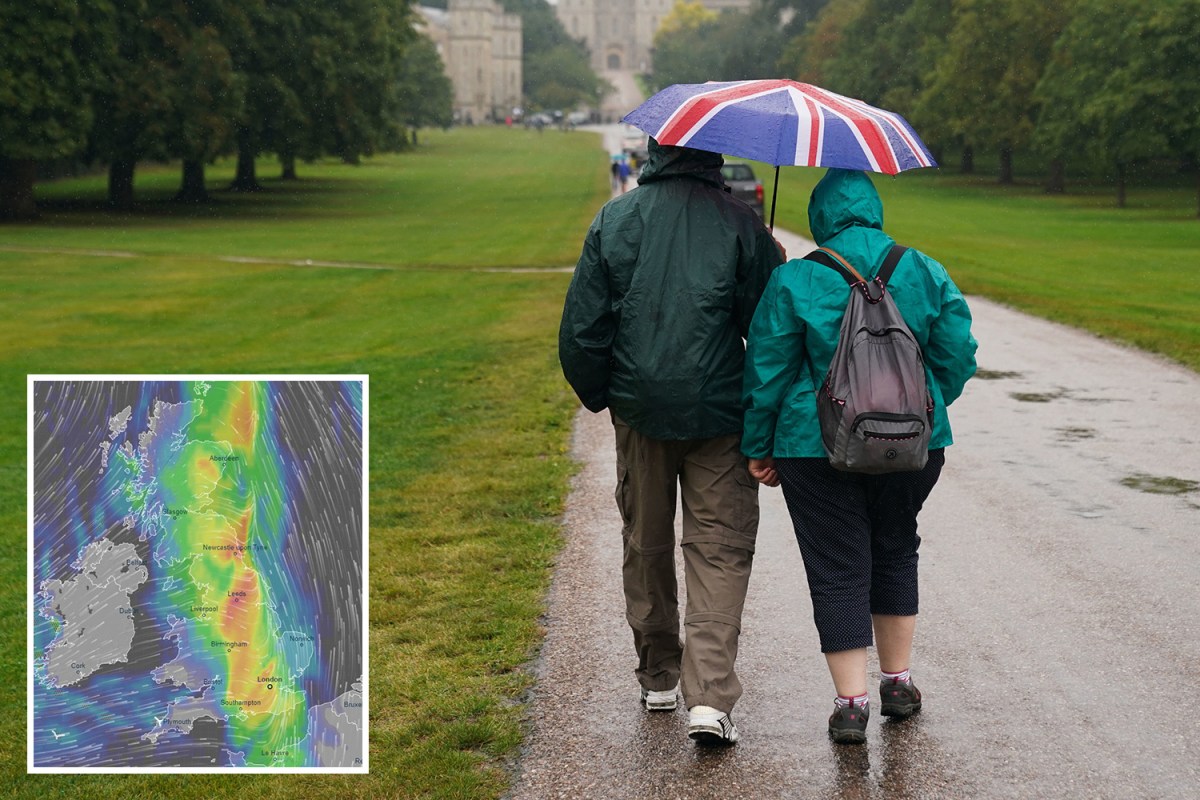 THE UK is set to be hit by seven days of rain with "intense" downpours and thunderstorms as the balmy...