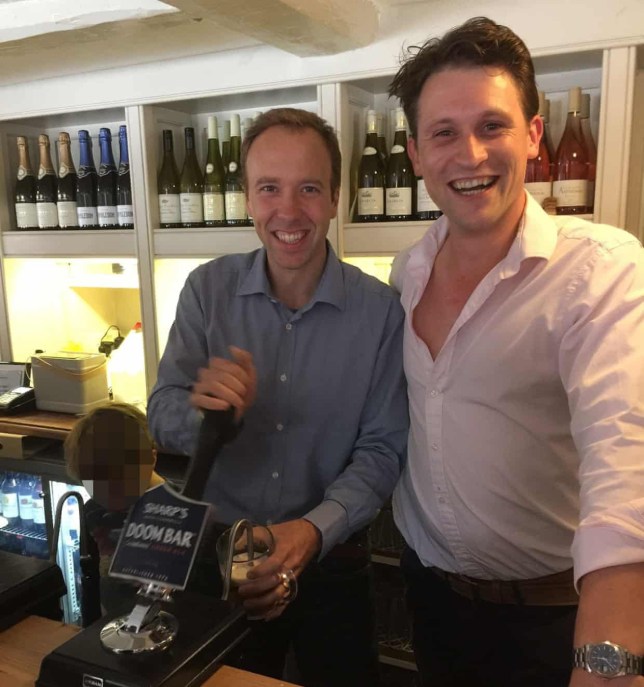 Matt Hancock with neighbour Alex Bourne at his former pub, the Cock Inn, in Thurlow

Matt Hancock’s former neighbour is being investigated by the medicines agency after securing a lucrative deal to supply the NHS with vials for Covid-19 tests, according to reports.

Alex Bourne met the now health secretary while he was running the Cock Inn in Thurlow, Suffolk – a few hundred yards from Mr Hancock’s old home where he lived until 2018.

The former publican won around £30 million of NHS work through his company Hinpack, despite having never produced medical supplies before. Prior to the pandemic, the company produced plastic cups and takeaway boxes for the catering industry.

Hinpack now supplies the NHS with millions of medical grade vials via a distributor – a decision which led to public outcry after it was revealed Mr Bourne reportedly WhatsApped his former customer in March offering his services amid the pandemic.

The Medicines and Healthcare products Regulatory Agency (MHRA) confirmed it has now launched an investigation into Mr Bourne’s company, reported The Guardian.

Director of devices at the MHRA Graeme Tunbridge said: ‘We take all reports of non-compliance very seriously.

‘We are currently investigating allegations about Hinpack and will take appropriate action as necessary. Patient safety is our top priority.’

According to the newspaper, the investigation was launched after council officers raised concerns over Hinpack’s production site on an industrial farm site in Cambridgeshire.

The officials relayed worries to the MHRA reported to them about hygiene and safety standards at the end of last month.

Mr Bourne’s lawyers told The Guardian that the entrepreneur was not aware of an MHRA investigation and had not been contacted by the medicines agency.

They denied allegations of hygiene and safety breaches and that the regulator had previously approved Hinpack’s products and working practices.

Labour’s shadow chancellor of the Duchy of Lancaster Rachel Reeves said: ‘This is extremely worrying and the reasons for handing this contract out in the first place must be investigated and shared in the public interest.

‘The Government needs to get a grip on the cronyism and waste marring its pandemic procurement. It must be far more transparent and publish outstanding contracts and details of the VIP fast lane now.’ 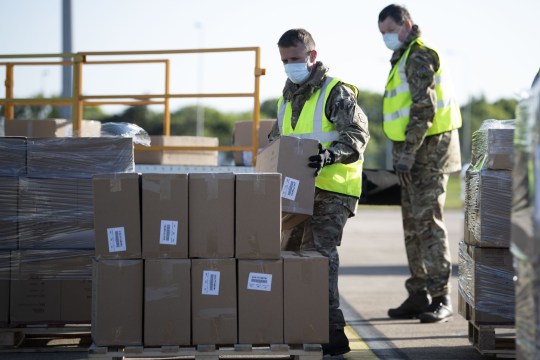 When asked about the deal at a Downing Street press conference in December, Mr Hancock said: ‘I had absolutely nothing to do with that contract.’

The reports come after the High Court ruled on Friday that Mr Hancock and his department unlawfully failed to publish details of billions of pounds’ worth of coronavirus-related contracts.

As part of the Government’s transparency policy, No 10 is required to publish the procurement of any contracts for public goods or services worth more than £120,000 within 30 days.

The judge said the Government spent ‘vast quantities of public money on pandemic-related procurements’ last year, and that the public was entitled to see ‘who this money was going to, what it was being spent on and how the relevant contracts were awarded’.

Mr Justice Chamberlain said there was ‘no dispute’ that in a ‘substantial number of cases’ Mr Hancock had ‘breached his legal obligation to publish contract award notices within 30 days of the award of contracts.’

Mr Hancock today brushed off the ruling, brought forward by the Good Law Project backed by three MPs, and refused to apologise insisting he ‘did the right thing’.

He insisted legal cases about transparency returns were ‘completely second order’ to saving lives and that his officials had been working long hours to procure PPE instead.

Pressure mounted against the health secretary as he faced calls for greater accountability, while opposition leaders accused the Government of a ‘chumocracy’.

Boris Johnson’s former aide Dominic Cummings has also been forced to deny that he asked for a company, run by his ‘friends’, to get a Government contract.