A “HAPPY and caring” girl who drowned in an Oxfordshire lake has been pictured as her mum pays a hearbreaking tribute.

Nicole Sanders, 13, died in hospital on Sunday after she was pulled out from Duclington Lake in Witney at around 2.30pm.

Nicole tragically died in hospital after she was pulled from Duclington LakeCredit: Collect 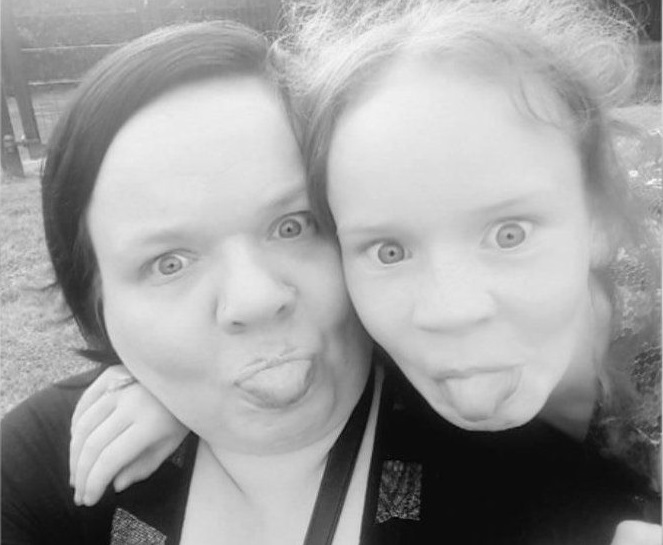 Mum Amanda described her daughter as a ‘happy, bright and caring girl’Credit: Collect

Mum Amanda Holmes paid a touching tribute to her daughter who she described as “sassy” with a “wicked sense of humour”.

She said: “She was happy, she was bright. She was just a caring girl.

“Don’t get me wrong, she had her moments when she was a little madam but all kids do,” she added.

“Niki was so sassy, she had a wicked sense of humour.

“She would do anything to help any of us, was absolutely brilliant with her younger siblings and was a good friend.”

Ms Holmes added: “I can’t go in Niki’s room, I can’t do it. Her sister won’t go in the room she shared with her.

“Her little brother is only six. He said ‘don’t worry Mummy, because she’s a star and every time you see a star, it’s Niki.'”

Ms Holmes has now called for the lake to be cordoned off permanently to prevent more accidents.

“I will not stop until it is closed because at least then she didn’t die for nothing”, Ms Holmes said.

Tragically, 22 people have drowned during the heatwave which has scorched the UK over the past five days.

Frank Varey, 16, died in the River Dee, Cheshire, yesterday with Tyson Fury leading the tributes to the “future star.”

A seven-hour search started yesterday at 2.30pm after reports that the teen was missing in the water.

The string of tragedies has seen a 13-year-old boy drown in a lake while the woman in her 60s was pulled from a harbour.

A teenage boy was also pulled from the River Trent in Swarkstone, Derbyshire, around 11.30am after getting into difficulty on Tuesday afternoon.

And later that evening a man drowned at Stanborough Lakes in Welwyn Garden City, Hertfordshire.

Elsewhere on Tuesday, a man in his 20s died after being pulled from the sea, at Crosby Beach, Merseyside.

And in West Yorkshire, 15-year-old Caden Taylor failed to surface after jumping into the Knottingley and Goole Canal with friends.

The wave of deaths comes as temperatures soared to 32C and Brits packed beaches and lakes to cool off.

Authorities have issued several warnings about the dangers of swimming to cool off during high temperatures.

A holidaymaker in the sea near Blackpool, Lancs, died after “accidentally getting out of his depth”, and 16-year-old Mohammad Abdul Hamid drowned after entering the River Eden in Rickery Park near Stony Holme, Carlisle.

A further eight deaths were recorded on Sunday – the hottest day of the year.

Emergency services have warned of the invisible dangers associated with open water.