Carer Martin is looking for the ‘beautiful’ woman he met while driving his truck last weekend (Picture: Hull Daily Mail)

A self-confessed hopeless romantic thinks he may have met the love of his life at a set of traffic lights in Grimsby.

Martin Baker, 41, was left with an aching heart after he saw the woman pull up in a blue BMW on Saturday.

The carer, from north Hull, said there was a spark between him and the mystery driver and hopes she felt it too.

The butterfly-inducing encounter happened as Martin was picking up an order in his bright orange truck.

As he stopped for red lights on Peaks Parkway, his head turned and he met the gaze of an ‘attractive’ woman, who flashed a smile his way.

He described her as a ‘girl next door’, adding he’s always had a fascination with cars and that other motors often catch his eye while he’s driving.

Martin said: ‘I would like to say to her, let’s let the lights go green for us and see what happens.’

He described himself as an ‘old school romantic’ who also enjoys activity dates such as walking and climbing. 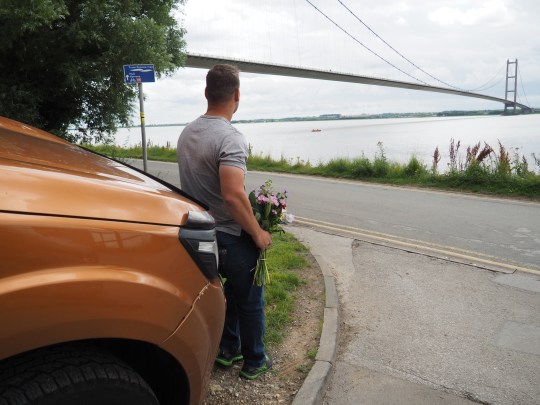 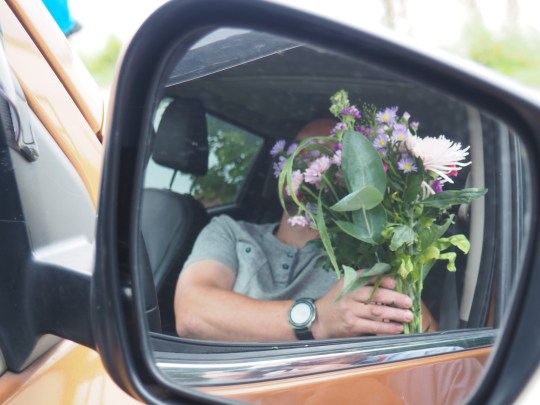 But he’s not too confident about approaching women and asking them out in person.

He said: ‘I would never just walk up to a girl and ask her out.

‘The only time I have ever done it was years ago, and she became my girlfriend.

‘I am not very confident around women, it’s hard to know if you’re saying the right thing.’

Yet something about this latest encounter has left him feeling differently. 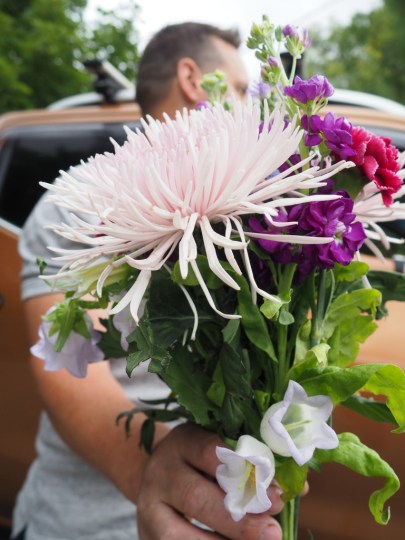 He decided to put himself out there in hope that the mystery woman recognises him (Picture: Hull Daily Mail)

Martin said: ‘In this instance I just thought why not? Why not put myself out there? There’s a beautiful woman smiling at me and I should take the chance.

‘I’d hate to see this pass without trying to find her. I would regret it if I didn’t take the chance.

‘I would say she was around early 30s. Age is just a number to me though, it’s all about the connection.

‘I’m definitely all for romance. With my ex-girlfriend I surprised her and filled a whole room with rose petals. I like doing stuff like that.’