How to buy Westminster Abbey roof tickets for Queen’s Jubilee?

AS part of the celebrations for the Queen’s Jubilee, Westminster Abbey opened its roof for the public.

Visitors will get the chance to catch a sight of the Houses of Parliament, the newly refurbished Big Ben and of the London Eye from the top of the roof.

Westminster Abbey will be open for visitors from June to SeptemberCredit: Alamy

When can I visit Westminster Abbey’s roof?

For the first time ever, Westminster Abbey is opening its roof to visitors.

The Roam the Roof tour will run from June till September, as part of the summer festivities for the Queen’s Jubilee.

Head of Visitor Experience, Scott Craddock said: “The Platinum Jubilee is such a special and joyous occasion for the nation, and we’re really looking forward to celebrating it here at Westminster Abbey with the new tours, events and experiences for our visitors.”

Visitors will get a 90-minute tour which is being led by the Abbey’s Clerk of the Works and Head of Visitor Experience. 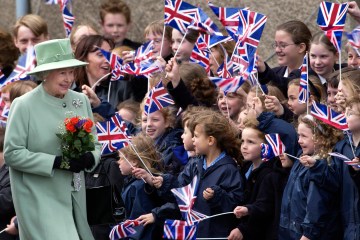 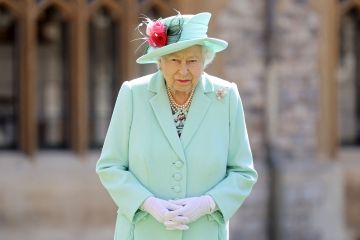 It will give visitors an opportunity to learn more about the building and structure of the Abbey.

Besides visiting the outside roofs, visitors can enjoy views of London must-sees such as the Houses of Parliament and Whitehall, the Big Ben, also known as the Elizabeth Tower and of the iconic London Eye.

Architecture enthusiasts will not only get to have a better insight gothic style of the building, but will also get a closer look of the gargoyles and grotesques.

How much do Westminster Abbey roof tickets cost?

The admission to the Galleries normally comes at a price of £29.50.

The roof tour will take approximately 60 minutes and will include 10 guests per tour.

To buy Roam the Roof Tour tickets, one must enter the Westminster Abbey website.

Currently, all dates issued have been sold out.

So far, they only issued six dates which will run three tours every day.

The website says: “Due to exceptional demand, this tour has sold out, and there are currently no plans to offer more dates.”

Given that they also said that the tour will run till September, more dates might come out soon, so we recommend you keep a close eye on the website.

The tour has just been announced, so they might still be in the process of putting more plans in place to ensure more tours.

Who can visit Westminster Abbey’s roof

To visit the Westminster Abbey roof you must be over 18.

Make sure that you were suitable and non-slip shoes and that you are also comfortable with heights.

It is recommended that you are physically fit to attend this tour, as you will come across steep stairs.

If you have several health issues or have a fear of heights, think again before you plan to attend such tour.