A massive earthquake sparked panic across Indonesia on Tuesday, as people fled their homes and were told to prepare for a tsunami.

No casualties have yet been reported despite the 7.3 magnitude quake – but there were alarming scenes as Indonesians ran for safety.

The country lifted a tsunami alert hours after the undersea earthquake that struck off Flores Island.

The area is prone to fatal quakes but this incident appears to have caused little or no damage, according to early reports.

According to the U.S. Geological Survey, Tuesday’s incident hit at a depth of 18.5 kilometers (11.5 miles) under the sea, and was located 112 kilometers (74 miles) north of the town of Maumere, the second-largest on the island in East Nusa Tenggara province, with a population of 85,000.

After an initial tsunami alert, the Pacific Tsunami Warning Center in Hawaii and later Indonesia’s agency lifted the warning. 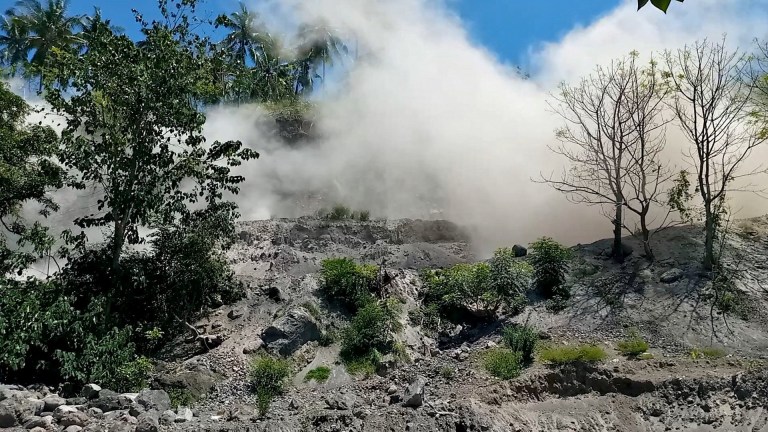 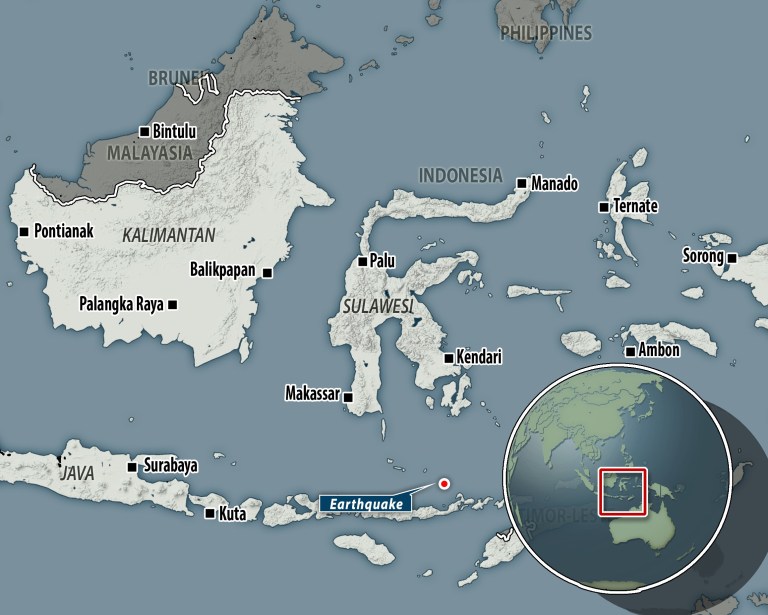 Indonesia is a huge group of islands inhabited by more than 270 million people (Picture: Metro.co.uk)

Television footage showed people running away from buildings that shook from the impact.

The chief of Flores Timur district, Anton Hayon, said no damage was reported. 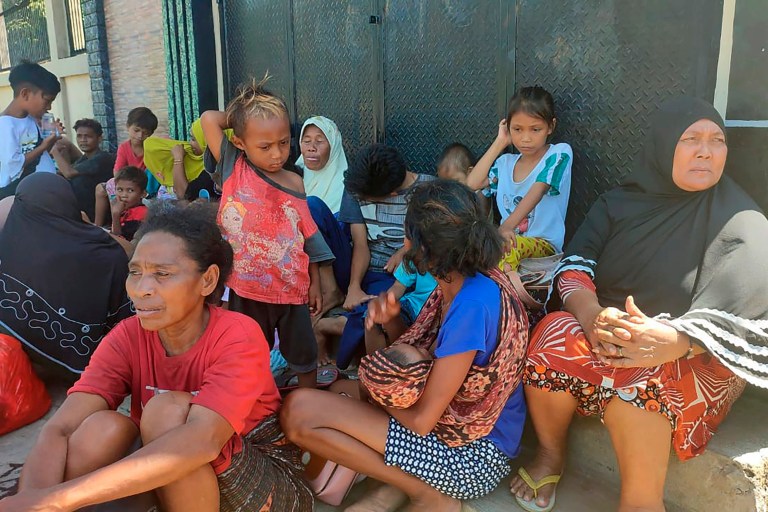 People wait outside their homes following the earthquake (Picture: AP) 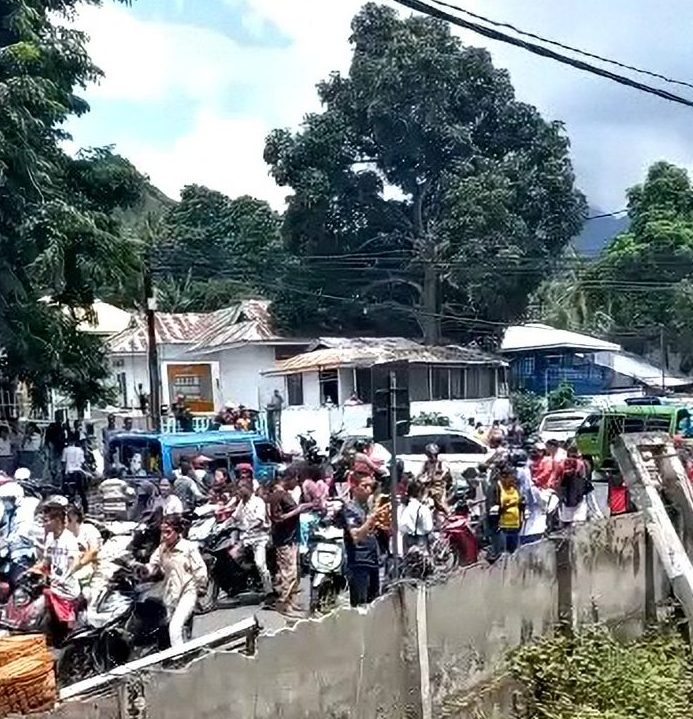 Indonesia is on the Pacific ‘Ring of Fire’, meaning it is frequently struck by earthquakes and volcanic activity (Picture: Reuters)

‘We asked people in the coastal areas to get away from the beach lines, especially in the northern side … as there was a big tsunami there back in 1972,’ he said.

Mr Hayon added that residents had joined a tsunami drill before and they know what to do.

Indonesia, a vast group of islands inhabited by 270 million people, is frequently struck by earthquakes, volcanic eruptions and tsunamis because of its location on the ‘Ring of Fire’ – an arc of volcanoes and fault lines in the Pacific.