WHEN 17-year-old Melanie Road was raped and stabbed to death after a night out in June 1984, it sparked Britain’s biggest manhunt for her killer.

But 25 years later, police were still no closer to finding their man — until Detective Sergeant Julie Mackay transferred to the Cold Case Unit. 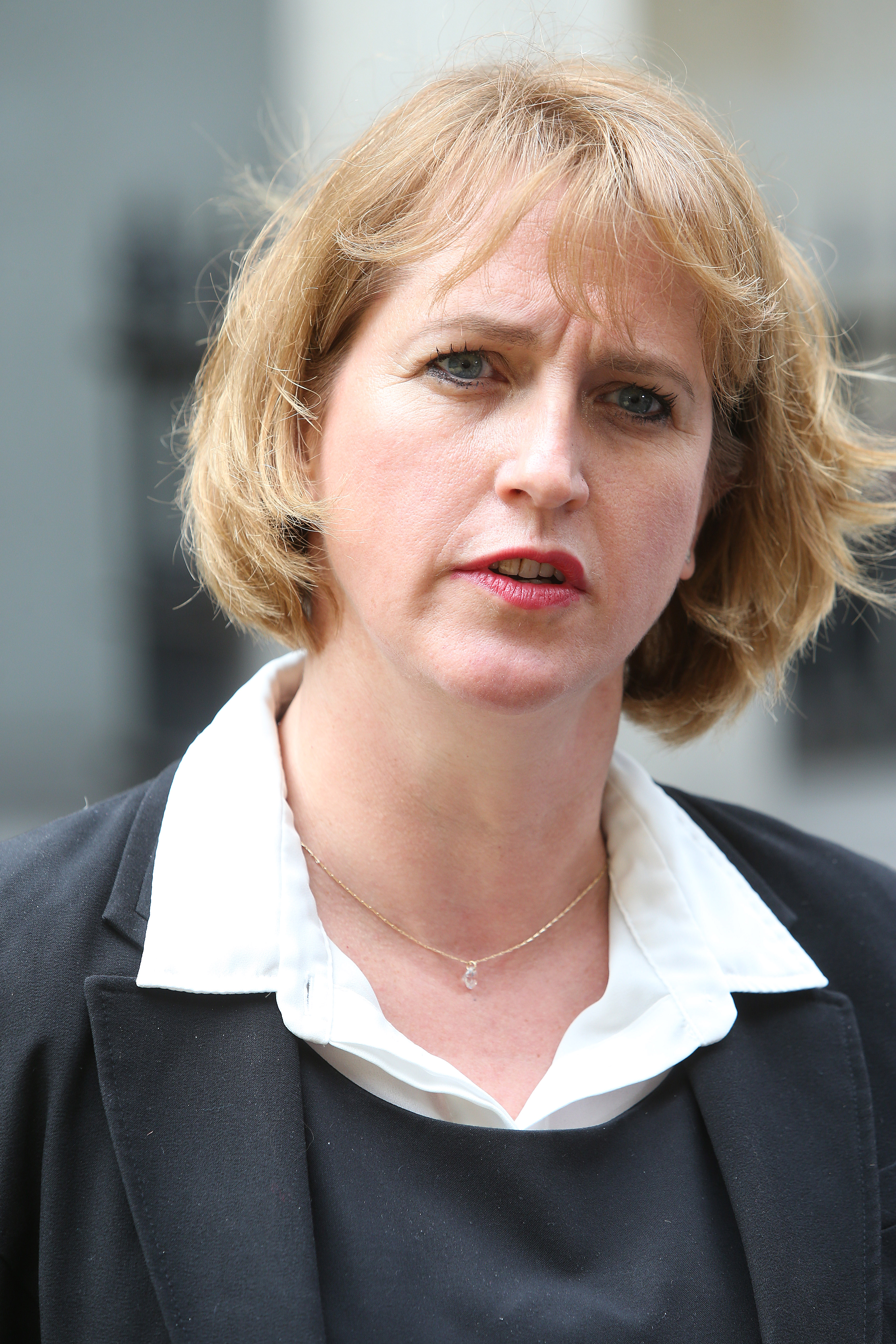 In a new book on the case, To Hunt A Killer, Julie tells how her determination — and a chance DNA sampling — led to the solving of the chilling murderCredit: News Group Newspapers Ltd

Although the single 41-year-old mum of three faced a mountain of paperwork and thousands of potential suspects, she painstakingly began re-examining the case, promising Melanie’s heartbroken mum Jean she would find her daughter’s killer.

Here, and in a new book on the case, To Hunt A Killer, Julie tells how her determination — and a chance DNA sampling — led to the solving of a murder that shook the city of Bath all those years ago.

JUNE 9, 1984 had begun so normally. Jean Road, Melanie’s mum, woke to find her daughter’s room empty and the bed made. Melanie stayed out overnight with friends occasionally, but always called first thing to say she was OK.

Then the sound started. A police car driving outside her house had a loudspeaker on its roof, calling out: “Melanie . . .  Melanie . . . ” Jean, a teacher, found herself outside, trying to chase the car. It stopped, and she ran to its side. 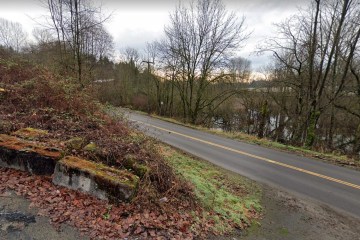 “We have a Melanie. She hasn’t come home,” she said, and later described it as the moment when all hell broke loose, when she knew her daughter was never coming back.

Melanie’s body had already been found, but the only identification was a key fob bearing her first name, found on a wall nearby — which was why police were touring the area and using the Tannoy system.

I was the same age as Melanie at the time, then 25 years later I was working on her murder inquiry, codenamed Operation Rhodium.

There were 30,000 documents in the three-storey warehouse where Avon and Somerset Police stored unsolved murder files. Some of the shelves buckled under the weight.

Melanie’s was the last murder before they brought in computers.

On the night of her disappearance, she and her boyfriend Sebastian Charalambous, his brother and a friend left the Beau Nash nightclub at 1.30am.

She parted company with Sebastian, who offered to get her a taxi but she declined, saying she would be all right walking.

She was never seen alive again.

A forensic report said there were 74 blood spots, starting near Melanie’s body outside garages near St Stephen’s Road, heading on to the main road, down some steps, across Camden Crescent and away.

Each spot was numbered by police. They didn’t have DNA testing back in 1984, it was all blood science.

But there was another blood sample at the scene, with a different profile that was rare — only three per cent of the population had it.

Most of the 26 stab wounds were to the right side of Melanie’s body, so it looked like a left-handed attacker — few homicides had that kind of ferocity.

Since the formation of the UK’s National DNA Database in 1995, whenever a person is arrested, their DNA is sampled and added to the records.

And since 2003, familial searching of the database has been used in serious crimes.

Most of the 26 stab wounds were to the right side of Melanie’s body, so it looked like a left-handed attacker — few homicides had that kind of ferocity

The technique ranks the likelihood of a family relationship between an unknown individual who has left DNA at a crime scene and individuals on the National DNA Database.

In Melanie’s case we made a bid for a familial DNA run, which although expensive — each run is £20,000 — it is brilliant and solves loads of cases. We had 12,000 names in our system. We couldn’t swab them all so we needed to work out which were most likely to be our killer.

And in May 2015, it produced a new suspect. Clare Hampton, who lived in Bath, was arrested in a domestic violence case after a row with her boyfriend.

She was swabbed, even though she was only cautioned — and her DNA set off alarm bells over Melanie’s case. Her dad, Christopher Hampton, was 63 and a painter and decorator from nearby Bristol. He consented to a swab — and it was him. This insignificant man we had swabbed weeks before, a man at the top of a list sent by scientists, was Melanie’s murderer.

It had taken 31 years for us to find out who had taken the life of this vibrant, talented teenager. Hampton lived with his second wife Julie and their daughter and his stepson. He had no criminal record and had lived an apparently law-abiding life since he raped and murdered Melanie.

On July 2, 2015, police arrested him. When officers led him out of the house and his wife said: “I’ll see you later,” Hampton turned to her and said: “No you won’t.”

His eyes were impassive, lacking spark, giving no clue as to what was happening behind them. He smelled of sweat. His breathing was still, his face pale.

He gazed at me — he was somehow looking at me, yet not at me. Not a flicker from his eyes. No recognition, fear or remorse.

When it came to building a case against Hampton, a key sample was one blood spot found away from Melanie’s body.

The results of the new DNA 17 testing came back — blood spot 47 was an exact match, a one in a billion chance the killer was not him.

I read that figure with a mixture of shock and satisfaction. On May 9, 2016, after Christopher Hampton pleaded guilty at Bristol Crown Court, Mr Justice Popplewell sentenced him to life in prison with a minimum tariff of 22 years.

“You will very likely die in prison,” he told Hampton. In court, Melanie’s older brother Adrian told Hampton in a victim impact statement: “As you start your new life of being a convicted child murderer, I will start my new life of freedom. Freedom of the 32 years of not knowing.”

Sister Karen told the court: “It’s hard to believe that for 32 years, this evil person has not owned up to his horrific crime, has been willing to let us go on suffering the consequences of his terrible actions.”

The judge was tied by the sentencing guidelines from 1984. Had Hampton committed the murder today, the term of imprisonment would have been much heavier — a 31-year tariff.

And Hampton had been at liberty for 31 years after killing Melanie.

Prosecuting QC Kate Brunner said: “I would ask that Detective Chief Inspector Julie Mackay be commended for her leadership over many years to ensure this case has been brought before the court.”

It’s hard to believe that for 32 years, this evil person has not owned up to his horrific crime, has been willing to let us go on suffering the consequences of his terrible actions.

The judge agreed. A judge’s commendation is a true honour.

The following morning, I was interviewed by Piers Morgan for Good Morning Britain.

He said: “You look and sound a little like Helen Mirren, DCI Tennison in Prime Suspect. Are you getting movie offers?”

I replied: “Not just yet, I’m afraid I focus on my day job.” I retired in April 2020. These days I work on homicide reviews and am asked to give talks offering analysis of ongoing crime cases.

Even though I seem to be busier than ever, I always make time for someone special.

I still see Melanie’s mother, Jean. And we still talk about Melanie. Jean said she couldn’t go back to teaching after the murder, and Melanie’s death caused her and her husband Tony to drift apart. By the time of the verdict, Tony lived in a haze of dementia.

Jean added: “Nothing will 7 bring Melanie back, but I pray that the rest of the family can again be reunited.” 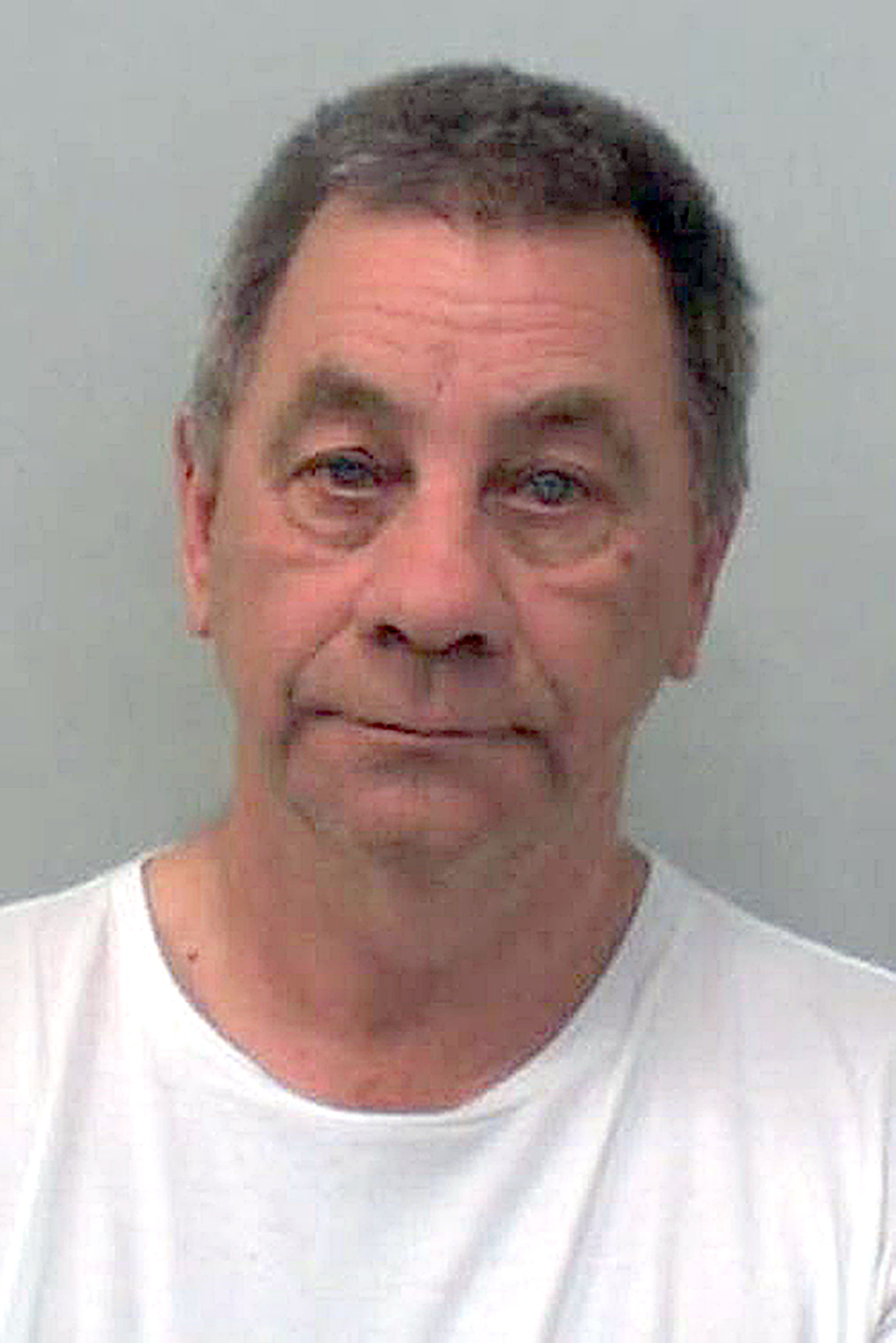 Christopher Hampton, has been jailed for at least 22 years, for the murder of teenage girl Melanie in a brutal sexually motivated attack 32 years agoCredit: PA:Press Association 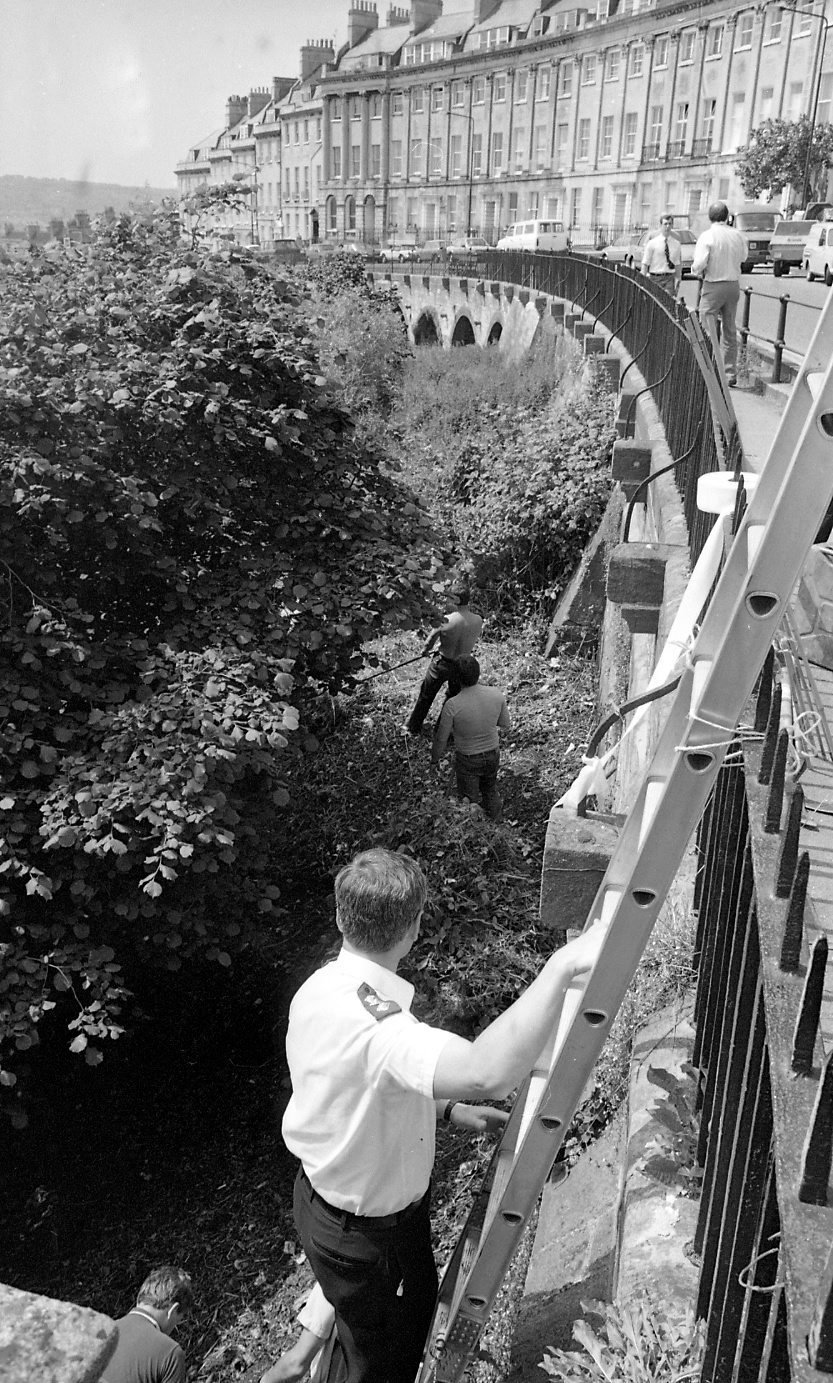 Police search near the scene of the murder of Melanie Road in BathCredit: SWNS 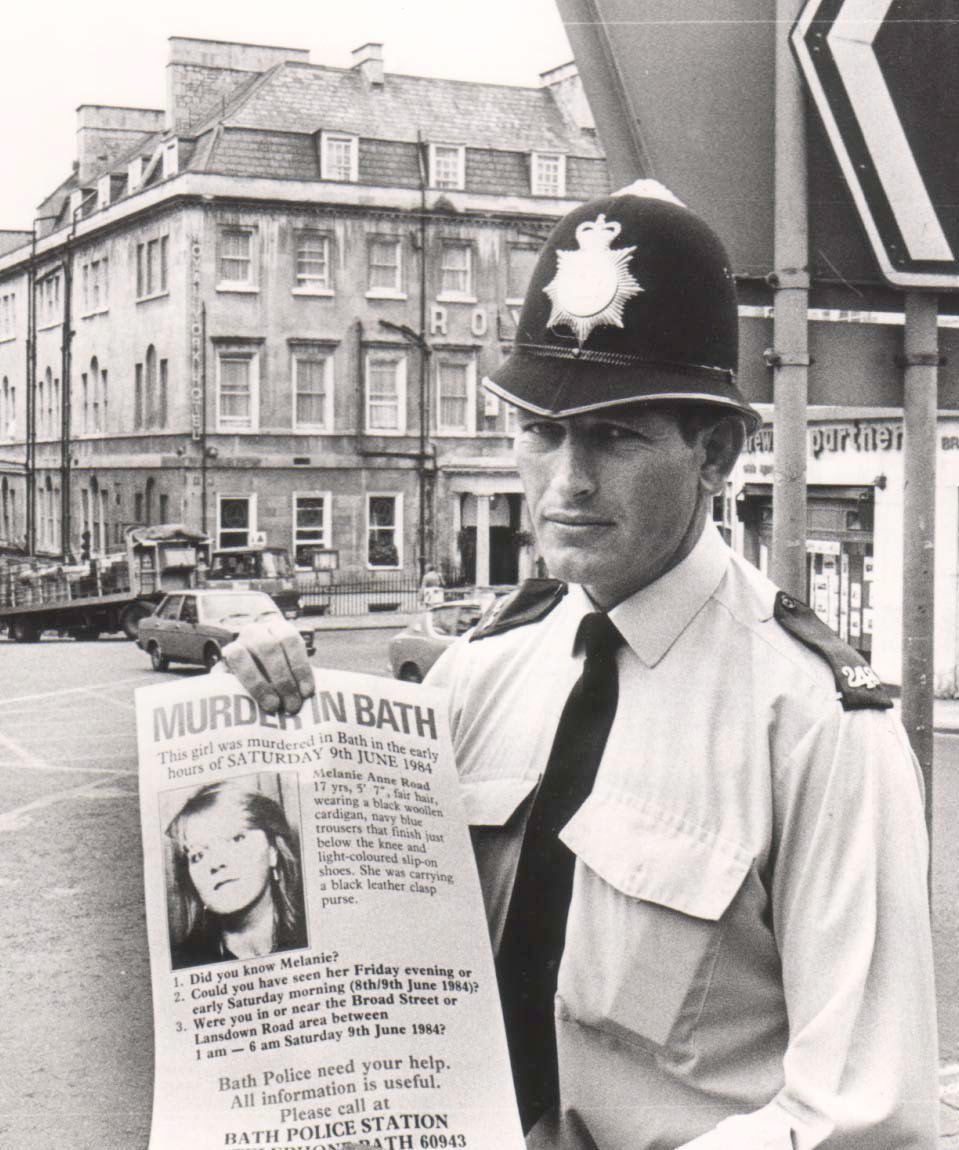 A policeman holds a poster appealing for help in the hunt for the killer of the teen, 1984, the initial police investigation failed to find the killerCredit: SWNS 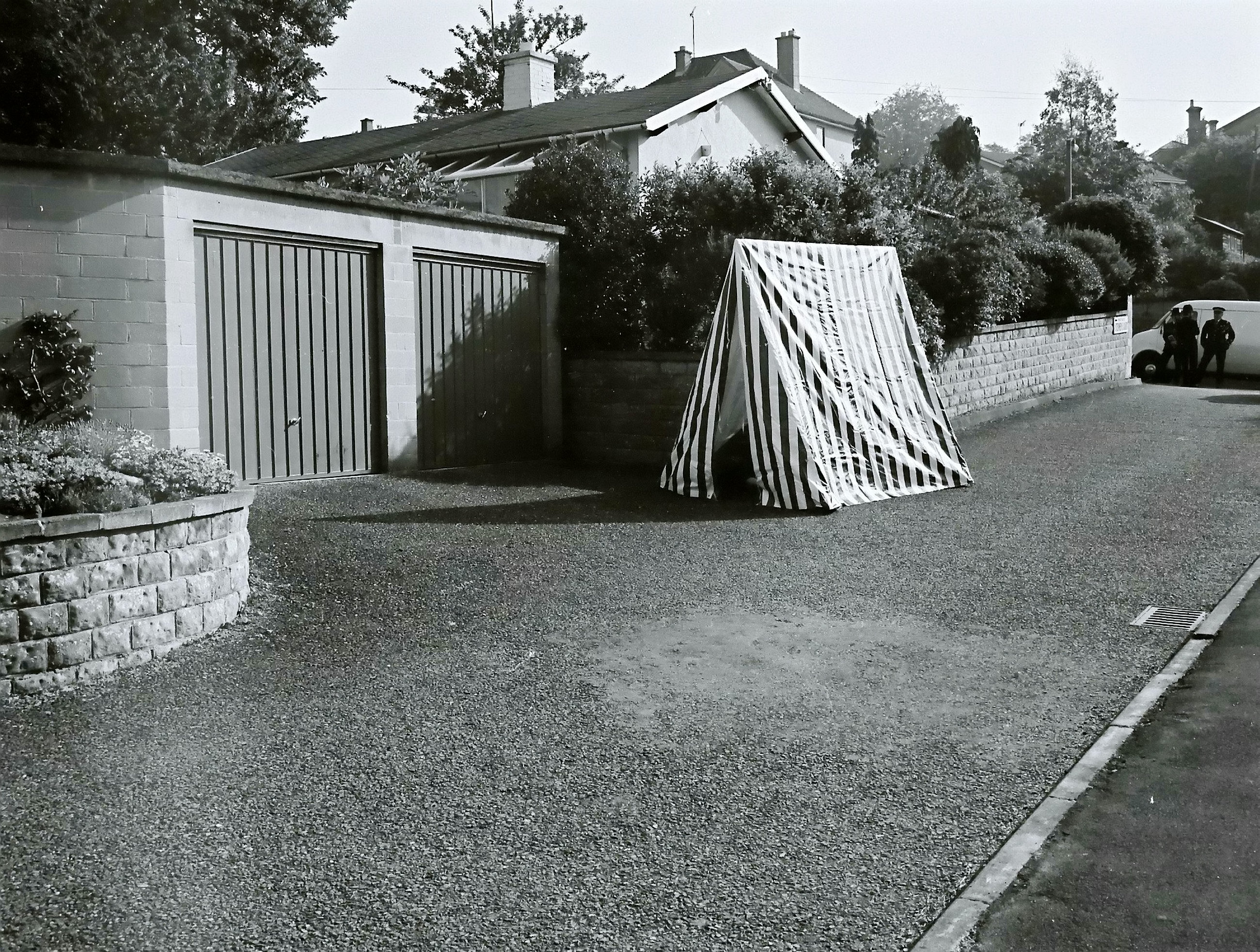 Photo from 1984 of the scene where Melanie was discovered, in the garagesCredit: SWNS 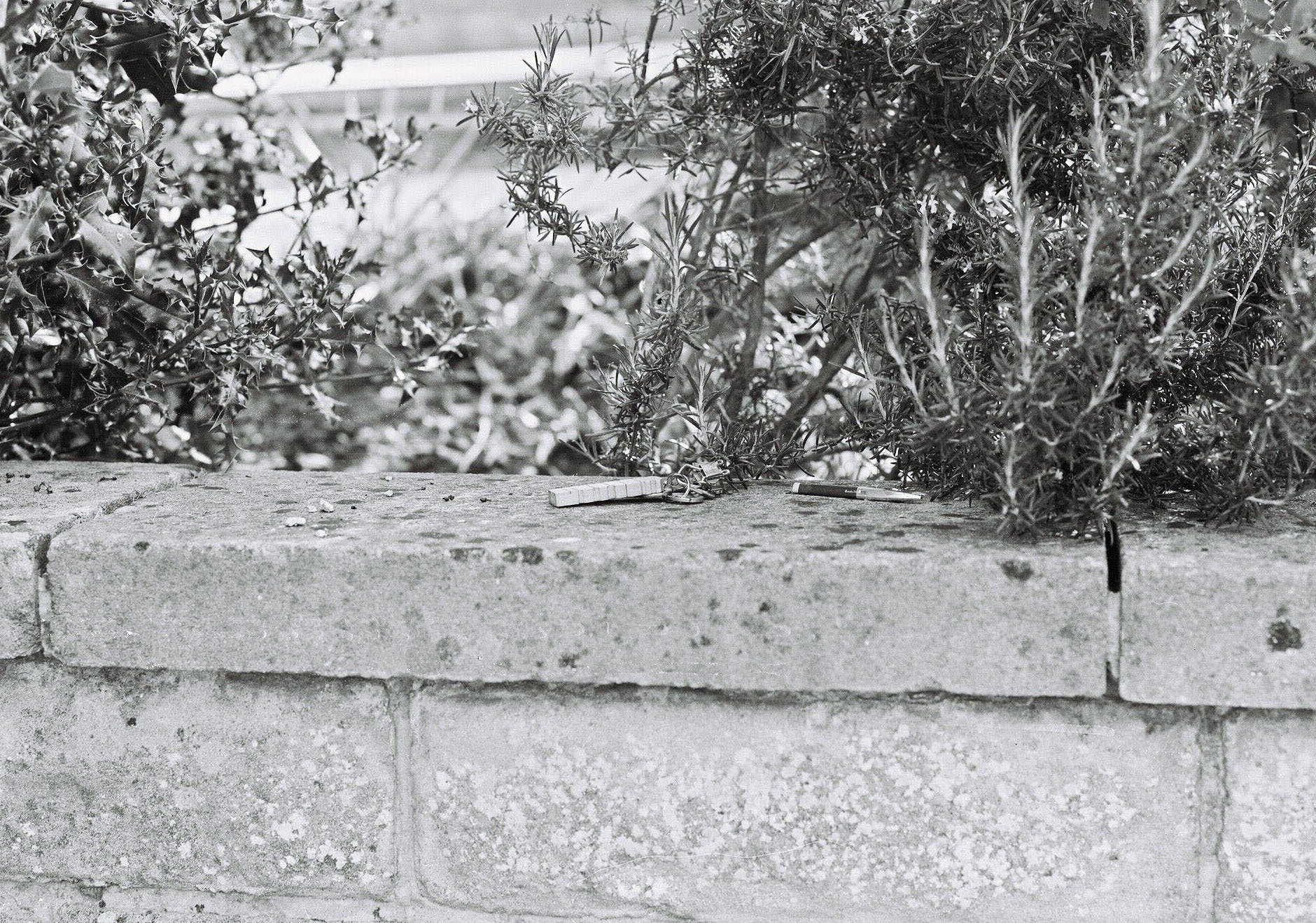 A clue showed a close up of keys with name ‘Melanie’ on wall in St Stevens Court in Bath, near to where Melanie Road was foundCredit: PA

JULIE’S investigation threw up potential suspects who police called the Paedo Nurse, the Crazed Cobbler and the Suicidal Chef.

The Paedo Nurse, Simon Tyson, who took his own life after being investigated for a sex assault in the late 1980s, had been cremated and left no relatives.

The Crazed Cobbler, Nicholas Jackson, a shoe mender from Frome, Somerset, who climbed through a woman’s bedroom window and stabbed her in the chest in 1978, was also dead.

He had married and had a son but when police arrived to swab the son, his mother told officers: “The bloke you’re after isn’t the boy’s dad. I’ve never told him. There’s no point doing a DNA swab with him, they’re not related.”

After that, it became Julie’s policy never to reveal to any child that their biological father was different from the man they believed him to be. She says: “There would be other times when we found out about a person’s real biological father. These would be sticky moments, but we would always maintain our discretion.”

The Suicidal Chef, Daniel Baker, was seen in the nightclub Melanie visited and returned with blood on his shirt. He committed suicide after telling a pal he had killed a woman. Amazingly, another name that came up on the matrix was cricket legend Ian Botham, who had injured his hand on the weekend when Melanie was killed.

He was happy to be swabbed. Julie says: “There was no shortage of volunteers for the 600-mile round trip to swab the former England cricketer. Some of these detectives had complained about driving 30 minutes to Swindon, but four hours up north to eliminate Ian Botham was apparently no problem.” 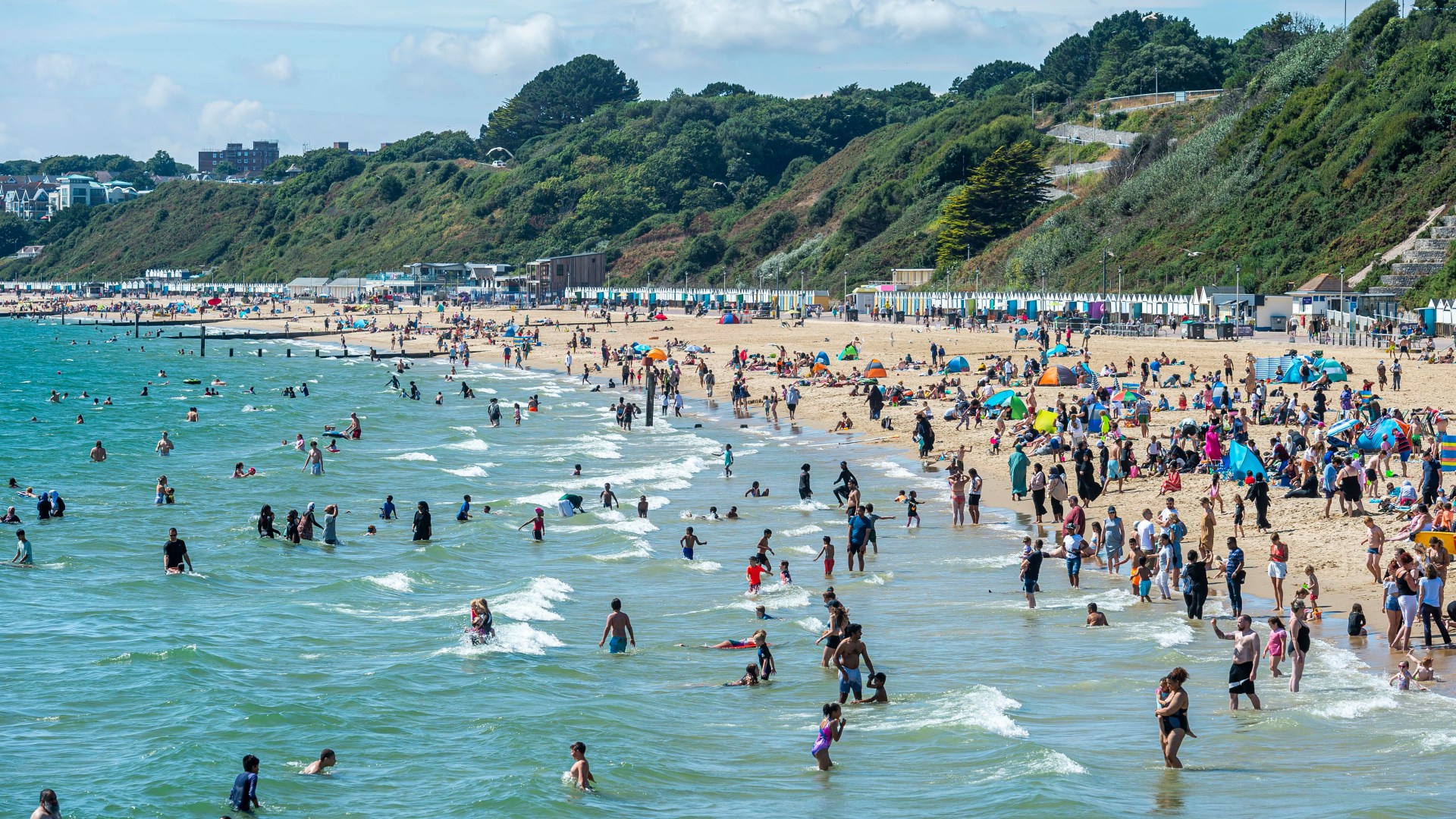 THE exact date Brits can dust off the BBQ for the Bank Holiday heatwave has been revealed. Temperatures are set...