A DAD-of-eight has opened up about how his pregnant wife has cancer – and the two of them will skip hot meals this winter so their kids can eat.

Mark Skelly, 50, and wife Sandy, 36, are already just getting by with essentials from their local food bank, and fear what the coming months will bring.

Mark and Sandy Skelly say they’ll be giving up hot meals this winter so their eight – soon to be nine – children don’t go hungryCredit: BPM 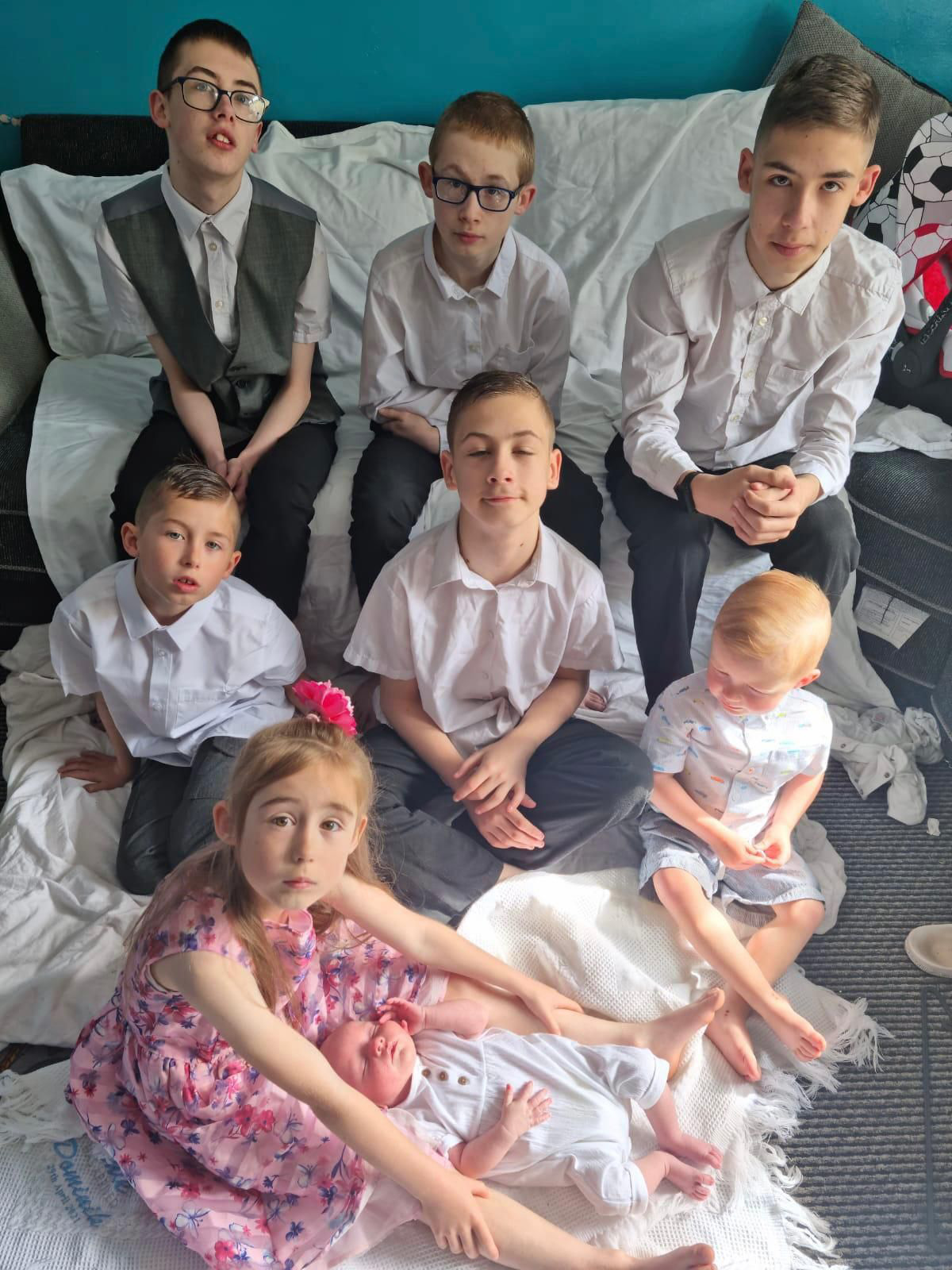 The pair said their children will always come firstCredit: BPM

On top of Sandy being pregnant with their ninth child, and battling aggressive breast cancer, they’re one of the many families across the UK struggling amid the cost-of-living crisis.

Mark told The Daily Express of their plans for winter, saying: “As long as we can give the children hot meals, Sandy and I will skip them and will just have a sandwich or a toastie or something. 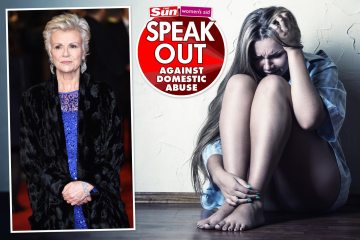 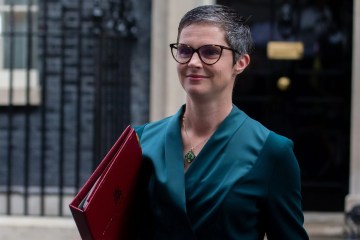 And Mike, who is now the sole earner for the family of 10, said their energy bills have also shot up threefold since February.

The 50-year-old has also been forced to take time off to care for his wife, and said: “It is a learning curve because I’m slowly finding I can work less and less and things are going to have to change.

“We were only just getting by but now we will be struggling a bit with the cost of living.

“We used to do a weekly shop but now we are shopping on a day to day, or as-and-when basis.”

“We will have to budget carefully to cut that down. I’d probably say we need to stick to £15 a day altogether on all food.

“We have been to food banks but I only do so when we are really really desperate.”

He has also blasted the government, saying it’s not doing enough to help the most vulnerable.

Mike said: “This energy cap of £2,500 Liz Truss announced is still quite a high figure.

“I think it is not going to work because energy prices are still going to affect us and other working class families.

“That grant will only cover around three weeks of electricity for us, so it is not a long-term solution at all.”

Sandy discovered three lumps around her breast last month, and was tragically told she had triple negative cancer.

As a result she will have a break from chemotherapy to deliver their ninth baby at 37 weeks – before starting the treatment back up again.

Mark said: “It will be stressful though and I know I will have to take days off, lots of days off work and sometimes these will be unpaid will lose income.

He added: “The chemo will mean she will lose her hair and she is very upset about that.

“I am just making sure I support her but I’m doing my shifts at work and then will need to take her to appointments and things.

“We are keeping our minds occupied the best we can but it is tough.”

Friends have created a fundraising page to help support the family. 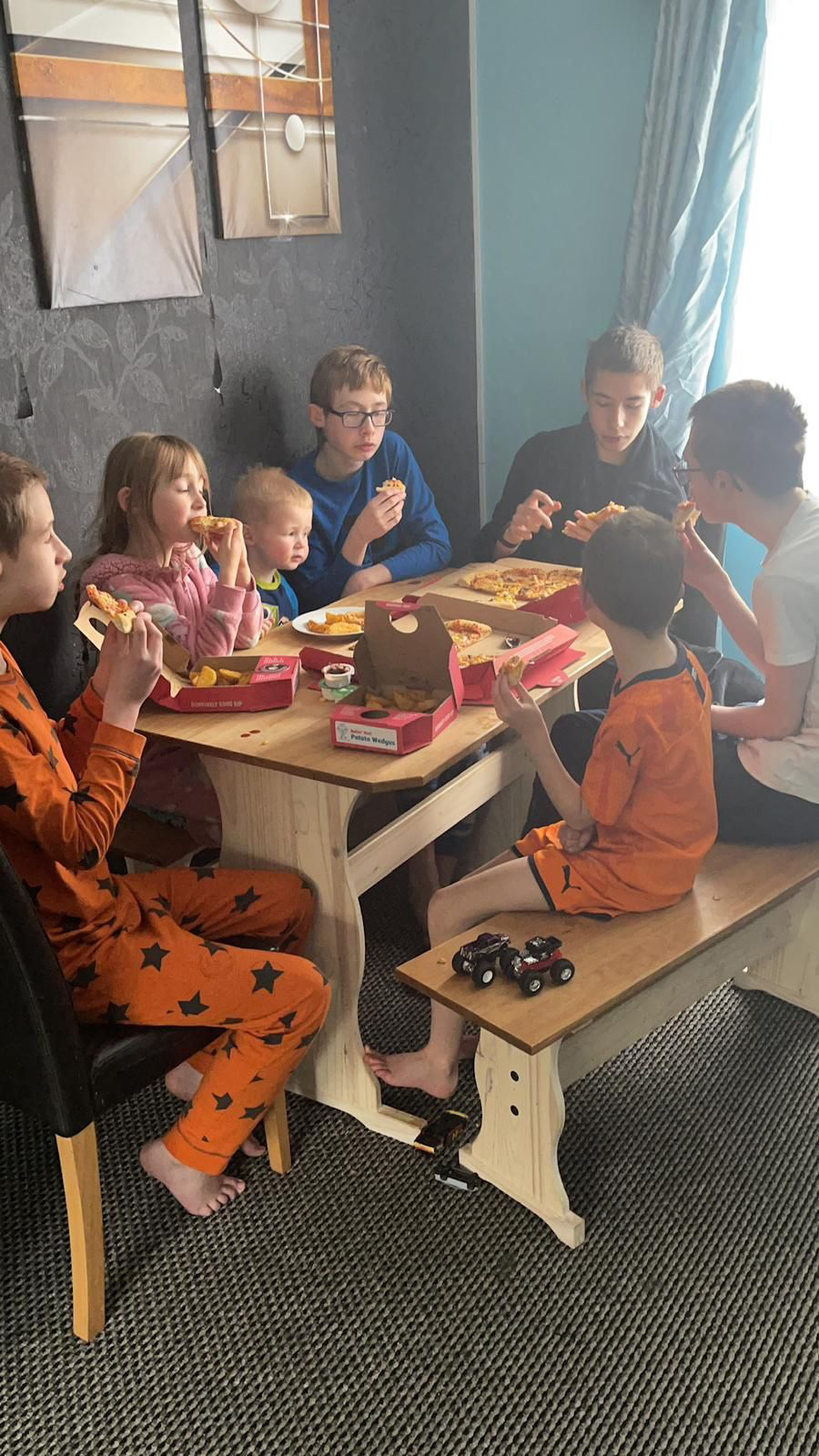 Mark said takeaways are a rare treat for the childrenCredit: BPM