A PROFESSIONAL dog sitter has said that she makes £750 a week and loves her job but there is one type of dog she would never look after.

Katie Glass stumbled upon the dream career when she used an app called Rover to book a dog-sitter for £60 while she attended a job interview.

A professional dog-sitter says she loves her job but there’s one type of dog she avoids looking afterCredit: Getty

Seeing pictures of her beloved furry companion enjoying herself while she packed onto the boiling Tube led her to download Rover that very evening – and within just 48 hours she had four booking requests.

But as cute as they are, there is one dog that Katie refuses to babysit – and it may come as a surprise.

The seasoned dog-sitter says that she has a “no puppies” rule after her first customer Arti caused a lot of clean-up with his boundless energy,

Katie told The Times: “Arti, a bouncy, bitey, lurcher-doodle puppy arrives and immediately makes herself at home digging up my flowerbeds, tearing around my house, constantly threatening to escape the garden and attack next door’s chickens, and sleeping in the middle of my bed before eventually leaving me with a small gift behind my sofa. 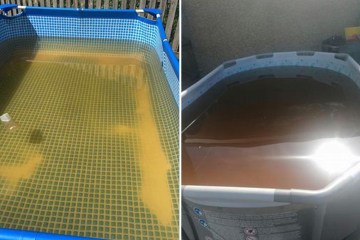 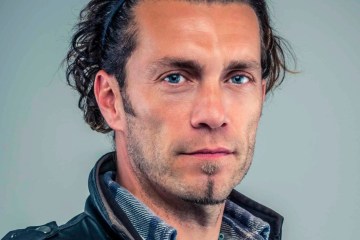 “After Arti I update my profile — no puppies.”

But she does confess that “every time someone sends me a picture of theirs I make an exception”.

Katie says that dog-sitting not only gave her a new furry friend every weekend but some “necessary extra income to help contend with my electricity bills”.

The now-experienced dog sitter says: “I have gone from £40 to £60 a night, and the bookings still come. (Rover takes its 15 per cent.)

“A recent booking, to watch two dogs while the owners went on holiday for a fortnight, came to more than £1,500.

“In a couple of months I’ll have made a few thousand pounds. Not a bad ‘side hustle’.”

Dog-sitters are in greater demand than ever, with some agencies reporting a boom in demand of over 1,000 per cent year on year.

While more than 3.2 million pets were bought during lockdown, a number of kennels also closed.

But Katie says despite the rising pay which comes with being in demand, the greatest benefit comes from enjoying her work.

She adds: “After all, who else can say that everyone they work with is adorable?

“Being a dog-sitter is a privilege. People are trusting you with their family member. They invite you into their homes and also their confidence.

“Every new dog is a funny new character. I miss them when they have gone.”

There has been a 246 per cent rise in dog-sitting bookings since the pandemic started, according to Rover.

It comes after a professional dog walker gave their six top secrets for a happy pup.