THE world’s most prolific surrogate mum gave her own son away – and now she is desperate to be reunited with him.

Carole Horlock, 55 from Colchester, Essex, who has given birth to 13 babies for other people, is now desperate to see her own son which turned out to have been fathered by her husband Paul.

Carole is desperate to see the son she had with her husbandCredit: News Group Newspapers Ltd 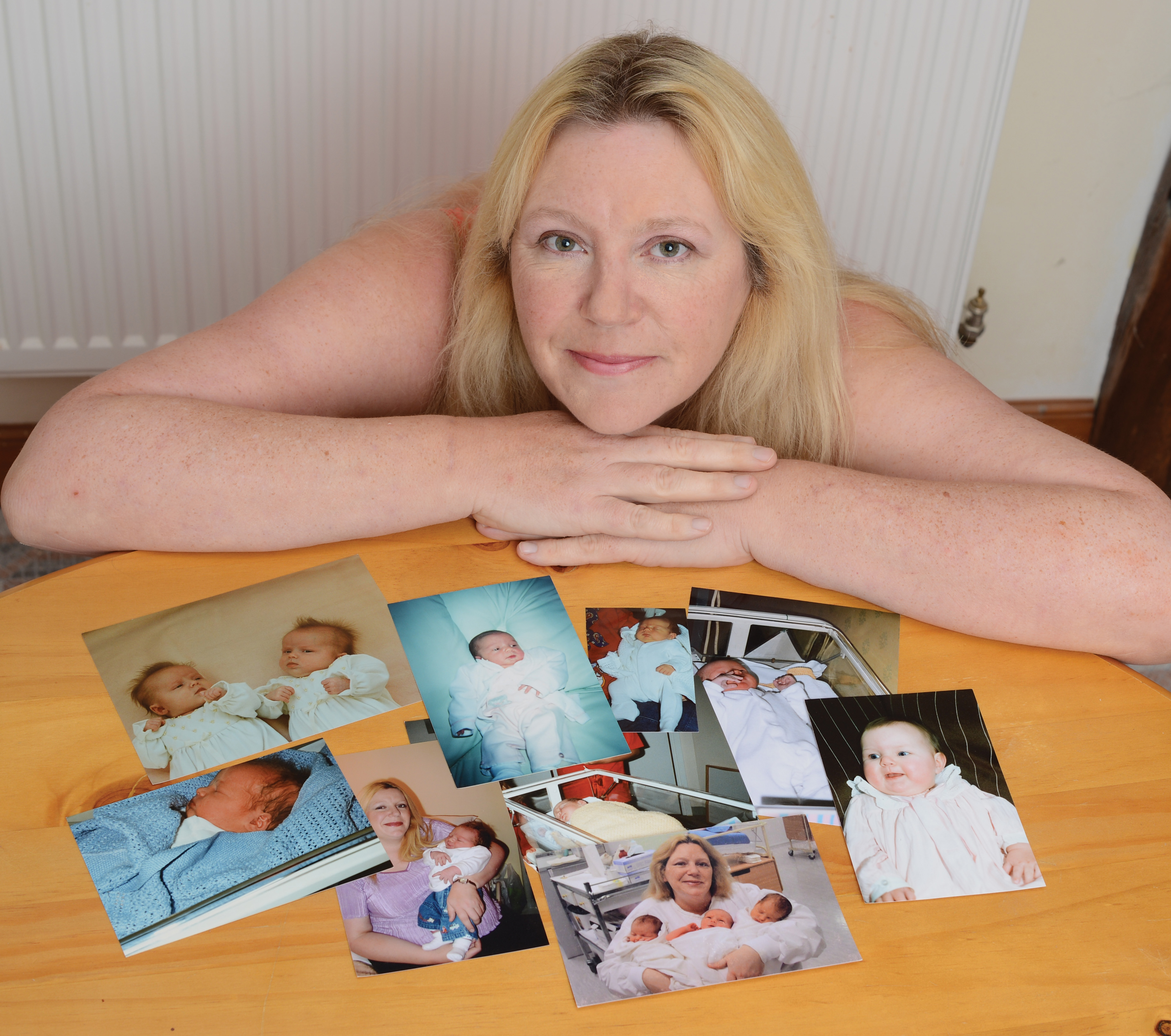 Carole first became a surrogate mum when she was 27

She gave birth a 9lb 4oz baby in June 2004, thinking he was another couple’s child, using her egg but with the sperm from the other couple’s husband.

But the couple carried out a DNA test six week after the birth and found out the baby was by Carole’s husband.

Carole and Paul agreed the couple could still adopt him, a move Carole says she does not regret, but became devastated when contact with the couple broke down and she now says she think of her son “all the time”.

She has now added her name to the Adoption Contact Register in the hope he would like to meet her when he turns 18 later this year.

Carole told The Mirror: “I am immensely proud of my surrogacy career and having 13 babies who are loved by their families.

“Surrogacy has brought me and the families I helped immeasurable joy, but also led to the darkest times of my life.

“Surrogacy is the ultimate gift that one woman can do for another.

“But there is a darker side when it goes wrong – the heartbreak, emotional roller-coaster and acrimony are devastating.”

She added: “This little boy was accidentally created with an act of love between my partner and I. We didn’t know it when we handed him over.

“We agonised over what to do, but in the end decided to let them keep him.

“People have asked, ‘How could you give this baby away as this one is yours?’, but many of the surrogate babies I have given away have been mine biologically.

“The difference was he was also Paul’s. We have never stopped thinking about him. We live in hope he is aware of us and, when he turns 18, he’d like to see us.”

Carole agreed to become a surrogate for the mum based in the UK in 2003 and self-inseminated with sperm from the businessman husband.

Surrogates had been advised not to have sex at all until they became pregnant but Carole thought wasn’t realistic but said she and her husband took precautions when they did.

The couple were overjoyed when she became pregnant and were actively involved in the pregnancy, attending scans, and were at the birth.

Carole even stayed with them for a week afterwards.

But the furious father called the surrogacy agency six weeks later to tell them a DNA test had revealed the baby was not his.

Paul, 69, is Carole’s second husband and they had no children together although they both had children in previous relationships.

She discussed it with her husband and decided if the couple didn’t want him they would bring him up but if they still loved the baby and wanted to keep him they would let him stay with them.

It was an “agonising” decision for them – this baby was created between Carole and Paul but at the time when she was pregnant she was “psychologically distancing myself from him” and admitted she didn’t “emotionally invest” in the pregnancy”.

The couple went on to adopt the boy and the two families kept in touch with each other for a few year by post but “relations were completely broken down” and the letters dried up.

Carole said: “I am in contact with almost all of my surrogate babies – but not him. As the years pass we think about him all the time. Paul has developed a heart condition and it would break my heart if he never met him.”

She admitted she had looked her son up on social media and found a photo of him when he was about six or seven, on his mum’s Facebook page.

Carole added that she has never seen his creation as a mistake and didn’t regret it but admittedly she felt a “deep regret” about not having any contact with him at all.

Her son will turn 18 in June and Carole has written to the Adoption Contact Register in the hope that he will want to get in contact once he knows about his background.

“I have thought more about this surrogate child than any of the others. I can honestly say I’d be heartbroken if he didn’t want to know us,” she said. 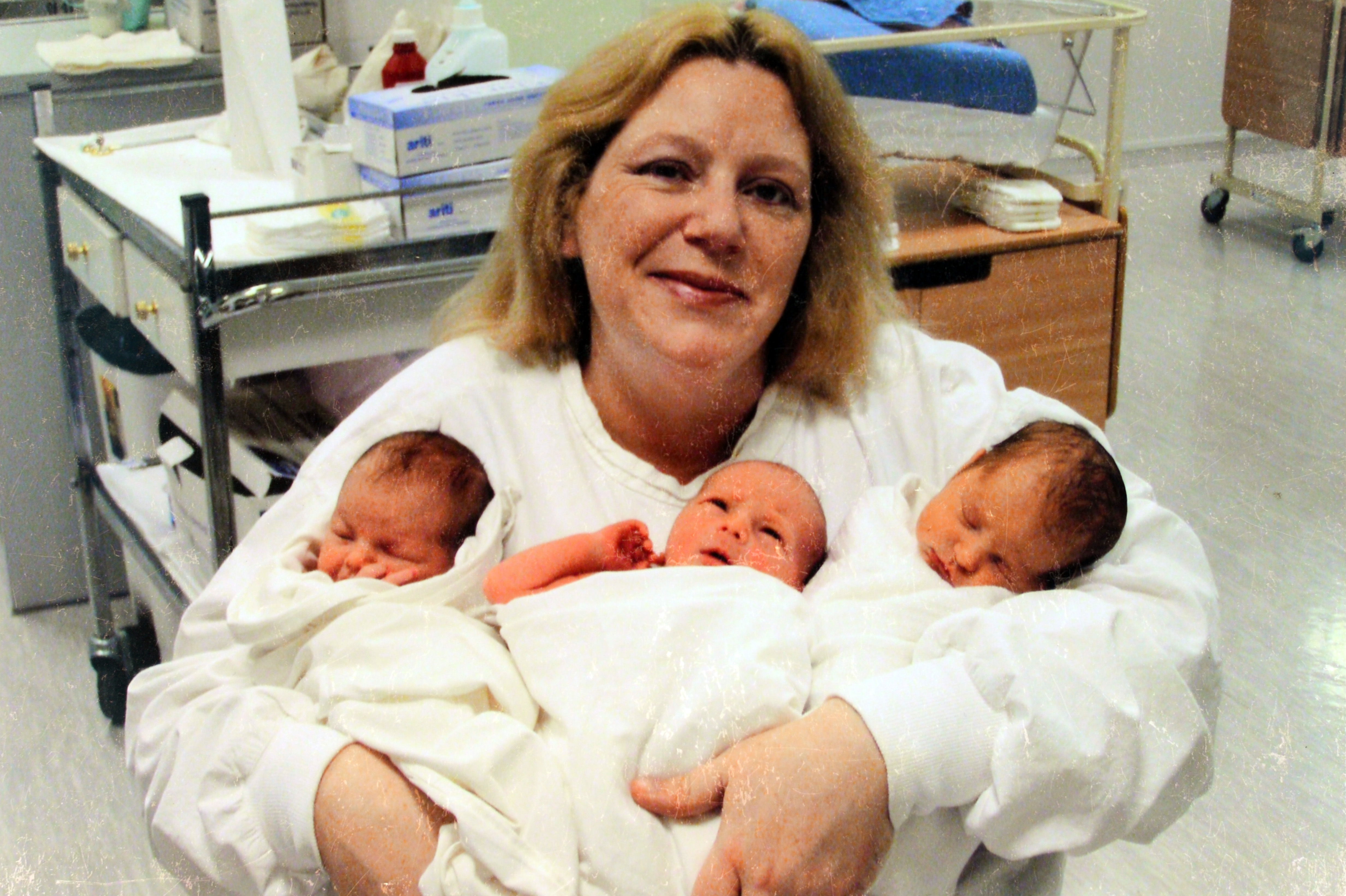 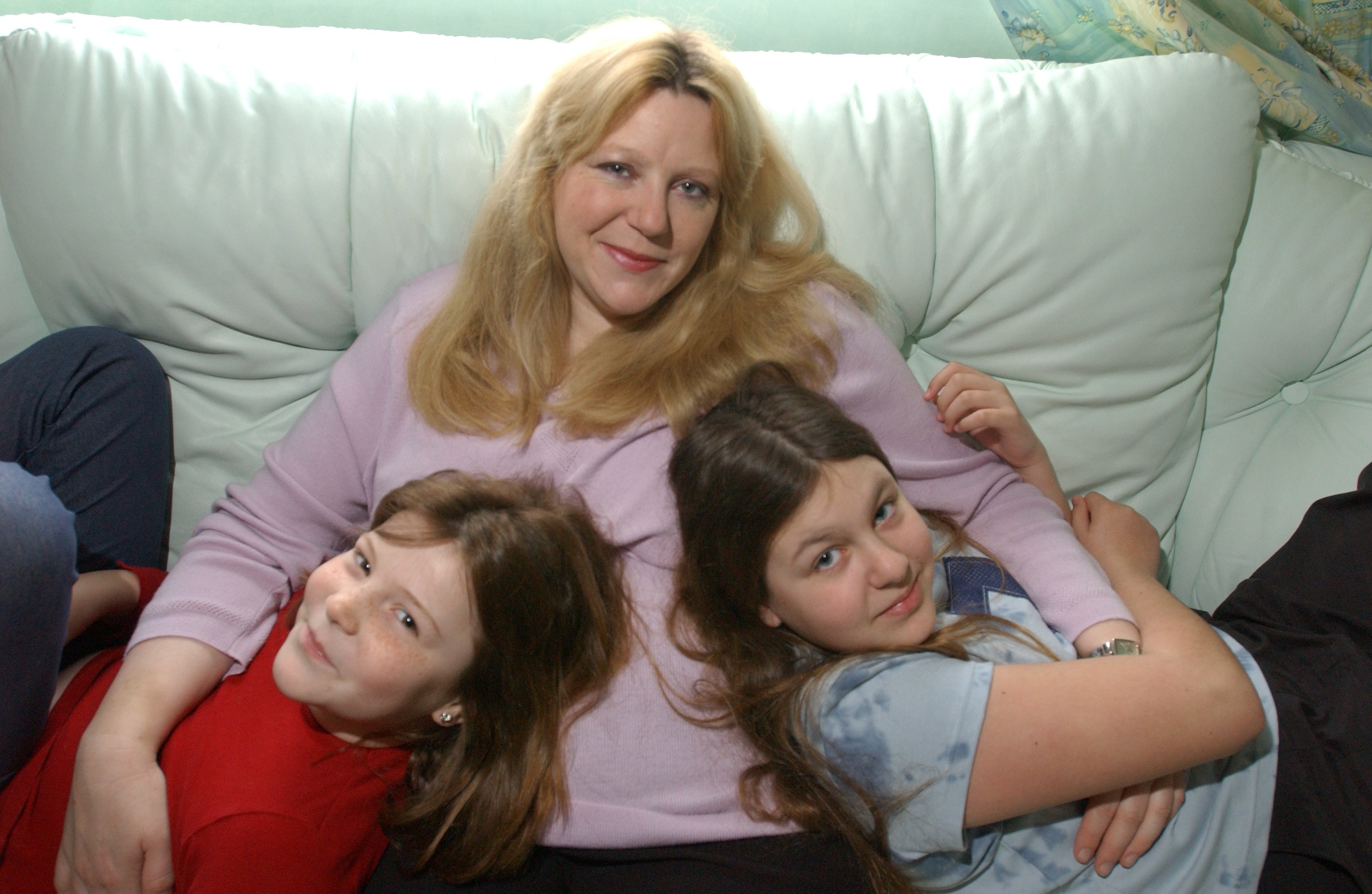 Carole had two daughters Megan and Steffanie from a previous relationship who are now grown-upsCredit: Times Newspapers Ltd