Imbolc Festival: What is it, what is Candlemas and who is St Brigid? 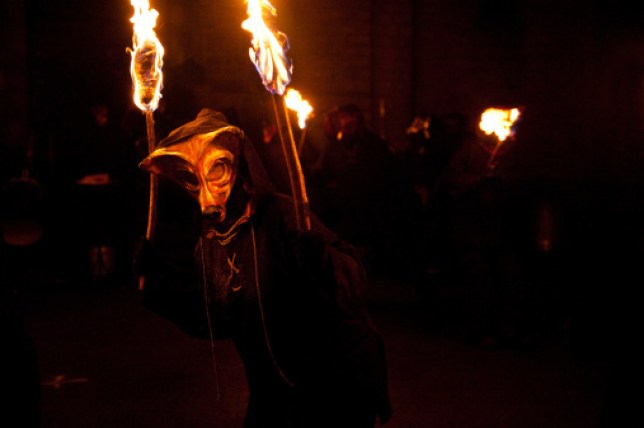 Candlemas is one of the lesser known February days (Picture: Getty)

February might be famous for holidays like Valentine’s Day – or Galentine’s Day for those who don’t need a significant other – but there’s more traditional festivities that might be less familiar, including Imbolc, part of the season of Candlemas.

Imbolc is all about hoping for success in the farming season – and wishing for a fertile year ahead.

It is one of the four key festivals in the Celtic calendar – the others being Beltane, Lughnasadh and Samhain – and traditionally falls when winter stores of food were beginning to get low mid-winter and halfway between the shortest day and the spring equinox.

Read on to learn more about the festival, how it’s celebrated and where Candlemas fits into it all…

When is Imbolc and what is Candlemas?

The festival of Imbolc is traditionally held on February 1,

It has its origins in paganism but it is also celebrated in the Christian calendar under the name Candlemas, when candles are lit to pay tribute to the purification of the Virgin Mary. 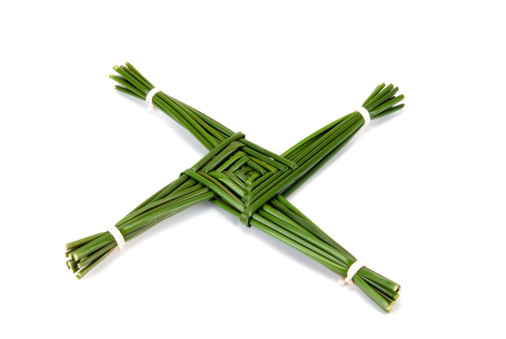 A traditional symbol associated with the festival is the St Brigid Cross (Picture: Getty)

Celebrations often centre on lighting fires to represent the sun gaining strength over the months ahead ready for spring.

The pagan festival of Imbolc is about celebrating spring, the beginning of the lambing season and new life.

Meanwhile, in the Christian calendar the festival is known as Candlemas when candles are blessed and lit to represent a guiding light. It’s a time to look towards the future, the year ahead and clearing out all the old ready for a new beginning.

The term ‘spring clean’ is linked with Imbolc as well as making wishes in the spring, clearing the mind and heart and looking for new sources of inspiration.

What does Imbolc mean? 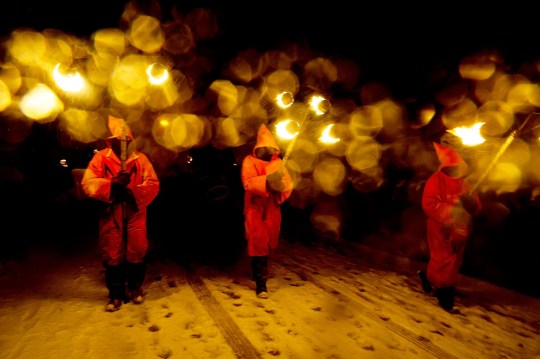 Imbolc derives from the word imbolg, which translates as ‘in the belly’ in Celtic.

However, some say it translates as ‘ewe’s milk’ (oi-melc) – this is a reference to being pregnant and expecting new life, renewal and rebirth.

Who is Saint Brigid and why is she important to Imbolc? 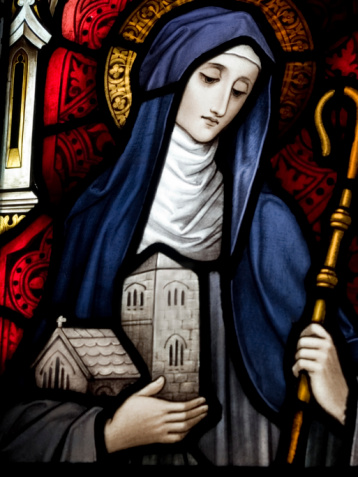 Brigid (also known as Brighid, Bride, Brigit, Saint Brigid of Kildare) is the pagan goddess of healing, poetry and smithcraft as well as fire, the sun and the Hearth.

She is worshipped during Imbolc as she is believed to bring fertility to the land.

She isn’t just worshipped by pagans; midwives and the Christian church pay tribute to St Brigid.

How to celebrate Imbolc and Candlemas?

It’s all about decorating your altar (a mantlepiece will do) with items such as a vase of snowdrops, swan feather, green candles, a Bridey doll or Brigid cross – all symbols of Imbolc.

Brigid crosses are made from reeds or willow, or anything that can be found in the hedgerows, river banks or if all else fails use straw or paper.

To make the cross bend the reed, straw or paper and hook them into one another.

Then tie together the four ends with string or ribbon and decorate the cross with feathers, beads or something meaningful. 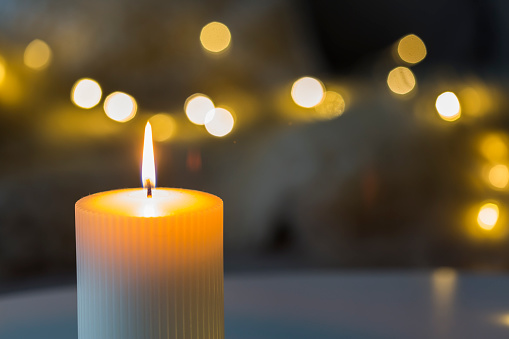 Relax with a few candles this Candlemas (Picture: Getty)

You can also make a bridey doll from fabric and stuffed with wool, herbs and dried flowers.

Some add a slip of paper with a prayer or wish for the year.

Often the doll is then decorated with beads and ribbons and then placed on the mantelpiece.

Imbolc poem and other rituals to celebrate

Sometimes people walk in a circle reciting the following:

All the land is wrapped in winter.
The air is chilled and
Frost envelops the Earth.
But Lord of the Sun,
Horned One of animals and wild places,
Unseen you have been reborn
Of the gracious Mother Goddess,
Lady of all fertility.
Hail Great God!
Hail and welcome!