AS high-risk anti-terrorism strategies go, it takes some beating. 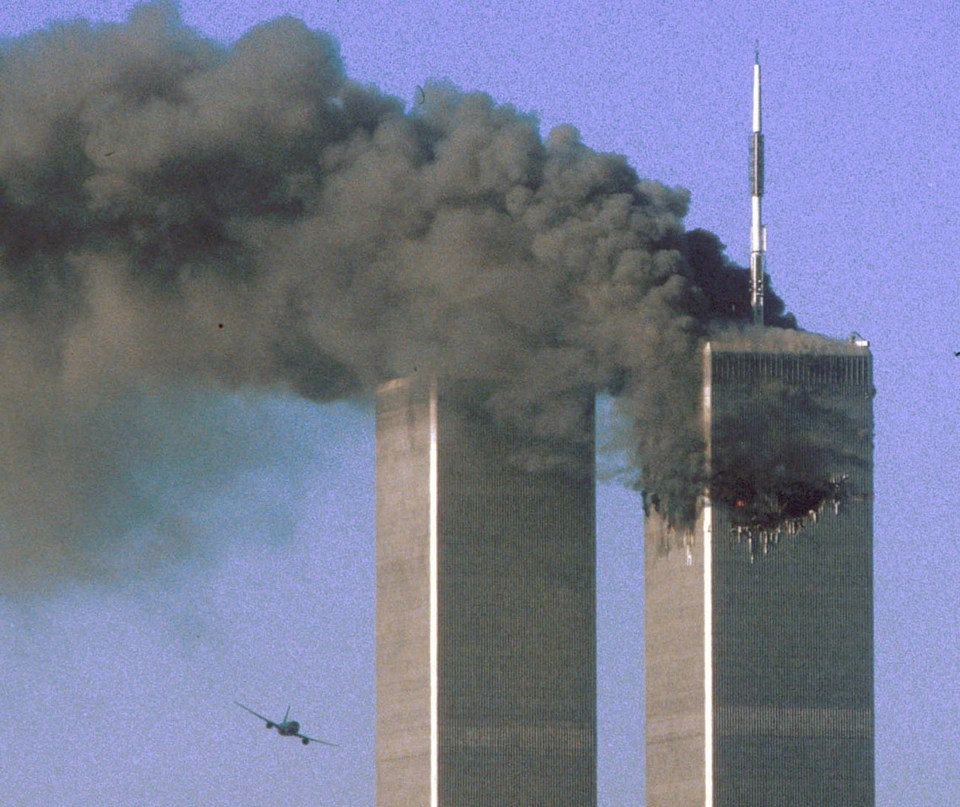 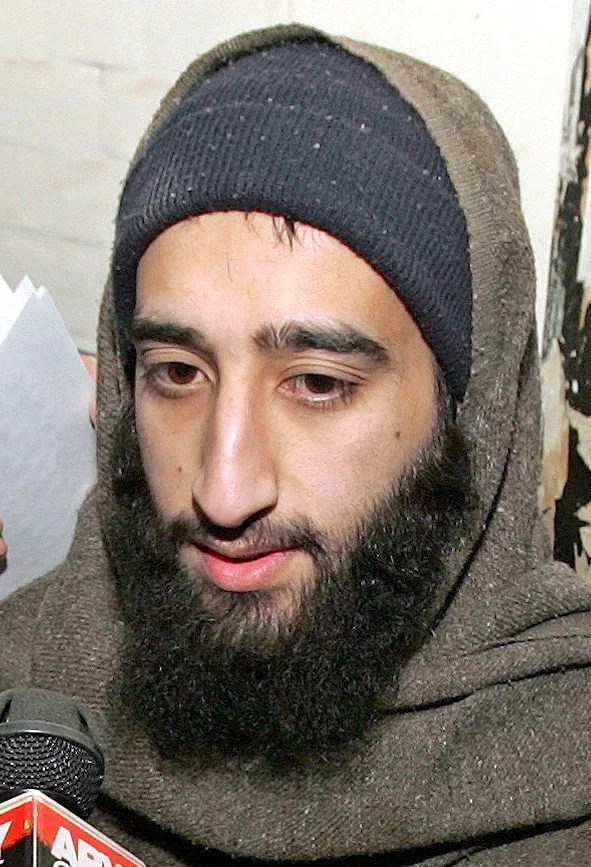 Baker’s son Rashid Rauf, who was around 25 at the time of the plot, rose to become an al-Qaeda terror operations chief and one of the biggest threats to innocent British lives

Met chiefs “wanted to play to the very edge” as they built a case against fanatics who were hell-bent on eclipsing 9/11 by blowing transatlantic planes out of the sky.

But US officials demanded the dangerous ploy be dropped as tensions between the allies hit boiling point.

And in one tense exchange, one angry White House anti-terror supremo told her UK counterparts to make arrests, blasting: “I don’t give a s**t if it blows the case.”

The extraordinary details are revealed in a new book, Disruption, by ex-CIA man Aki Peritz.

The conspiracy is still seen as the biggest ever to be foiled by MI5, MI6, GCHQ and the Met, aided by US and Pakistani spooks.

Up to 18 suicide bombers hoped to detonate bottle bombs on seven planes at 30,000ft. Experts say the death toll could have been in the thousands, halting global air travel and sparking a worldwide recession.

The attacks would have changed air travel for ever, with passengers still banned from taking liquids over 100ml on to planes 16 years on.

And just last month MI5 boss Ken McCallum told The Sun that smashing the terror cell remained one of the proudest moments in the security service’s history.

He added: “If that had happened, it would have ended in a global shock on the level of 9/11.”

Mr Peritz, who worked on the CIA hunt for Osama Bin Laden, also reveals how Rashid Rauf, the Brummie mastermind behind the plot, was not killed in 2008 as first thought.

Baker’s son Rauf, who was around 25 at the time of the plot, rose to become an al-Qaeda terror operations chief and one of the biggest threats to innocent British lives.

He had meticulously plotted the 7/7 London bombings in 2005, which killed 52, and also directed the failed 21/7 attacks two weeks later.

But after escaping Pakistani custody in 2007 he was reportedly killed by a US Predator drone a year later.

Yet Mr Peritz says spooks now believe Rauf — who he places in the “top ten” of al-Qaeda threats — survived for at least another 12 months, plotting further attacks.

In an exclusive interview, Mr Peritz told The Sun: “Had it been carried out, it would have been catastrophic.

“Even if Rauf had done this instead of 7/7 they probably would have gotten away with it because nobody was watching these guys at that time.

“There was very little information about them. Had they dared to dream bigger in 2005 they would have pulled it off, and that’s terrifying to me.”

Disruption tells how British investigators first began to take an interest in the jet bomb cell’s ringleader, Abdulla Ahmed Ali, in May 2005.

Ali, then 24 and father to an eight-month-old son, had travelled frequently to Pakistan, meeting Rauf and learning how to make bombs at al-Qaeda training camps. 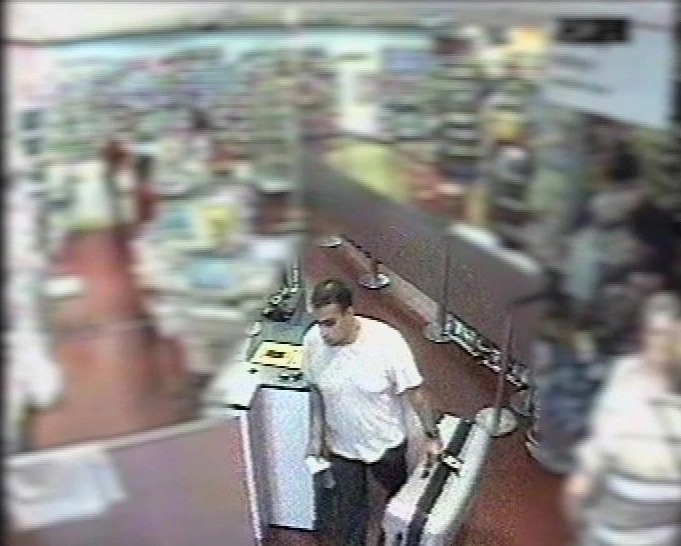 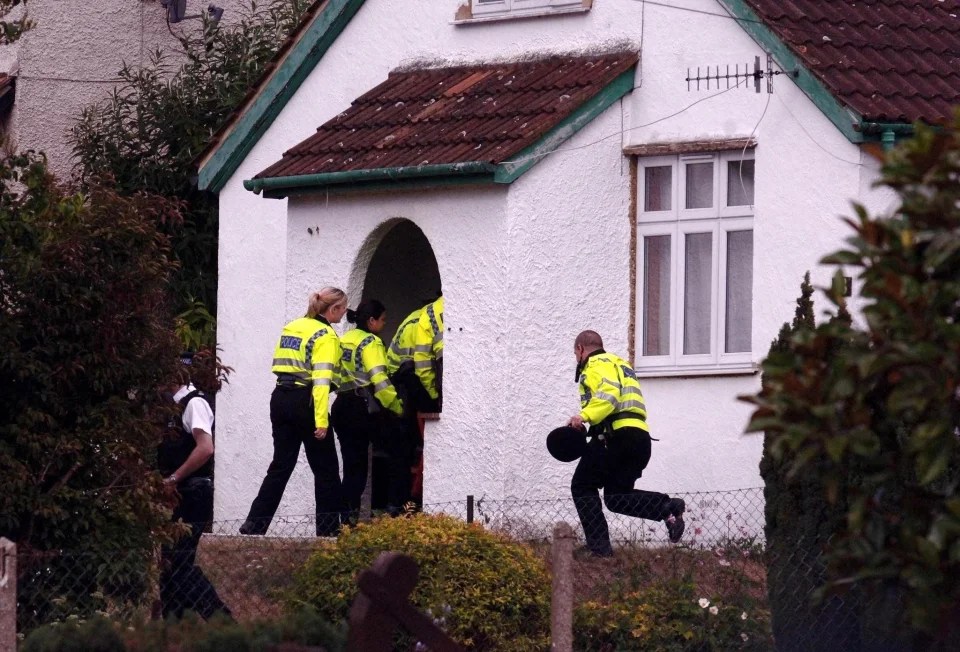 Rauf’s arrest triggered a wave of swoops across London and in High Wycombe, Bucks, above, with cops fearing that the plotters would realise their mastermind had ‘gone dark’ 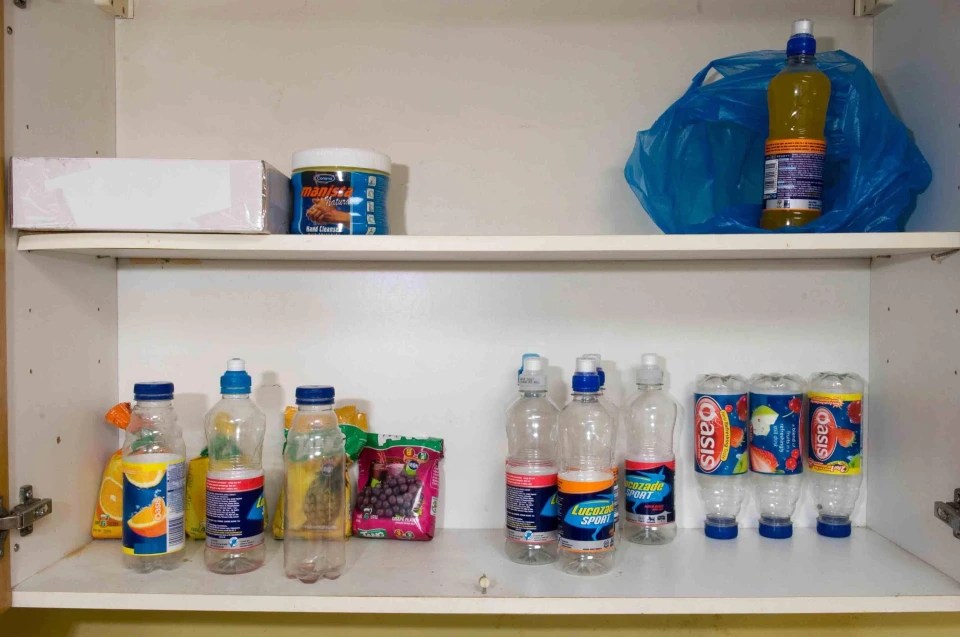 The London cell, who spent weeks working out how to inject liquid explosives through the bottom of sealed Lucozade bottles to replace the original contents

From June that year, Ali was put under surveillance. Meanwhile Mr Peritz reveals how Rauf — dubbed Mr Talibrum — was planning global carnage even as his 7/7 cell struck in London that summer.

The kingpin and his cohorts realised the wave of attacks meant anyone buying large amounts of a key bomb-making ingredient, hydrogen peroxide, would be red-flagged. Instead, Rauf planned to send his recruits highly concentrated amounts in tiny bottles marked “Rosewater”, which could easily be smuggled across continents by plane.

Mr Peritz says in the book: “The next hurdle for Rauf and his colleagues was to move these rosewater bottles on to an airplane without detection. He personally researched the machines used in airports to detect explosives. Solid explosives were relatively easy to identify in international airports — they showed up as something nefarious and would set off alarms.

“But according to Rauf’s research, liquids were far easier to smuggle on to airplanes. And then the light bulb went on.”

Rauf’s murderous brainwave was passed to the London cell, who spent weeks working out how to inject liquid explosives through the bottom of sealed Lucozade bottles to replace the original contents.

Once filled, they could be taken on board a transatlantic jet completely undetected, then detonated mid-flight.

Investigators watching Ali’s cell knew of its links to Pakistan but still had no idea of their tactics or target.

Years later it emerged al-Qaeda had already carried out a “dry run” elsewhere in the world, flying without explosives to ensure the liquids were not checked.

MI6 first consulted the Americans in spring 2006 as they struggled to fathom the plot. But tensions quickly grew as the US agencies wanted to disrupt the cell immediately.

By contrast, the British were determined to wait to bring them to justice, knowing only a water-tight legal case could lead to hefty jail terms.

The bombers had already filmed their martyrdom videos and were as little as a fortnight from carrying out their deadly plan. But the US was already determined to act

Mr Peritz reveals how US officials finally “lost their minds” in early summer 2006 after covert audio probes picked out talk about “California”, “Dallas” and “Chicago”.

For the CIA, whose motto was “Every day is September 12”, it sparked a major problem.

The bombers had already filmed their martyrdom videos and were as little as a fortnight from carrying out their deadly plan. But the US was already determined to act.

CIA boss Michael Hayden was also “alarmed by British reticence”, telling the head of MI6: “Let’s just do it!”

But British intelligence agencies and Scotland Yard stayed calm in the face of the growing storm, even floating the idea of letting the bombers board aircraft before being arrested.

Even so the tipping point had been reached and Mr Peritz writes: “The CIA’s (Deputy Director) Steve Kappes noted, ‘In the post-9/11 environment, if Rashid Rauf was a threat, then we’d take action against him.’ The minute they found Rauf, they were going to grab him.

“The American view was, ‘Our citizens. Our planes’.” In the second week of August 2006 top CIA chiefs made the call that would blow the operation. Intelligence revealed that Rauf was on the move in Pakistan and they asked their Pakistani counterparts to arrest him.

US officials made the decision without first informing the UK, sparking fury. Rauf’s arrest triggered a wave of swoops across London and in High Wycombe, Bucks, with cops fearing that the plotters would realise their mastermind had “gone dark”.

A total of 24 people were held on the night of August 9, 2006. Seven were later convicted, including Ali. But Rauf remained a mystery.

He could not be extradited to the UK and mysteriously escaped from Pakistani custody while being transported by armed guard between court hearings in December 2007.

Despite the reports of his death in a 2008 drone strike Mr Peritz says spooks are now certain he survived, planning further plots — including one targeting then-PM Gordon Brown. He is now thought to have died in a 2009 Pakistani missile strike.

Mr Peritz believes Rauf’s 2007 escape “partially” pushed the US to act alone in its strike against Bin Laden in 2011 without informing Pakistan because of the loss of trust.

He told The Sun: “Rashid Rauf was so valuable to al-Qaeda that they allowed him a free hand.

“He had the connections to people who knew how to build bombs, he had people who wanted to kill and he put them all together and sent them back to the West.

“The fact that he was on the radar for such a long time — especially after 7/7, and we didn’t really catch this cell until 13 months later — well, that’s really quite remarkable.” 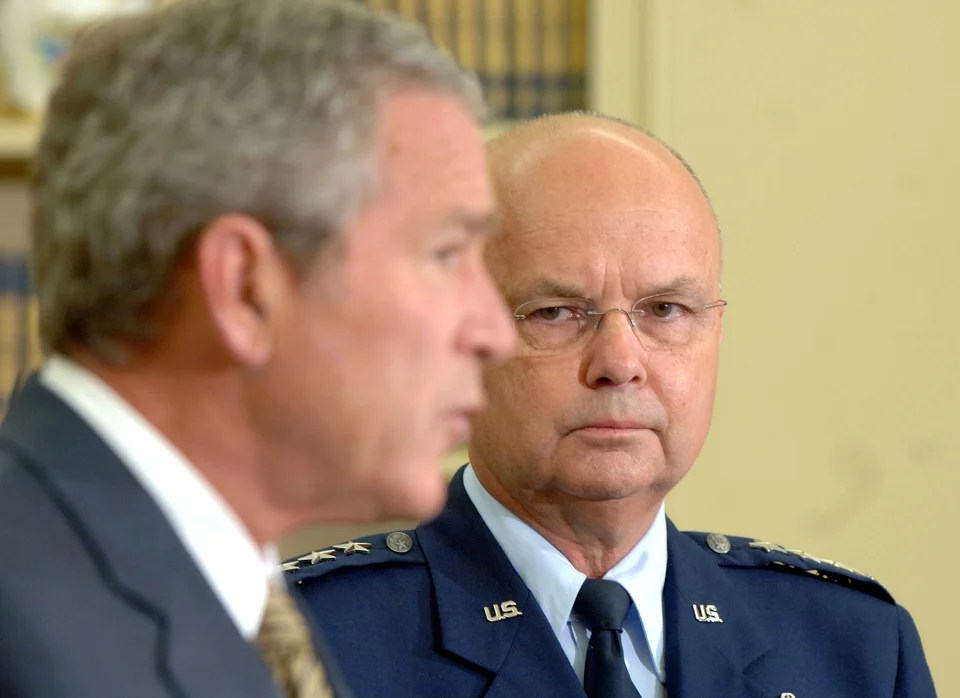 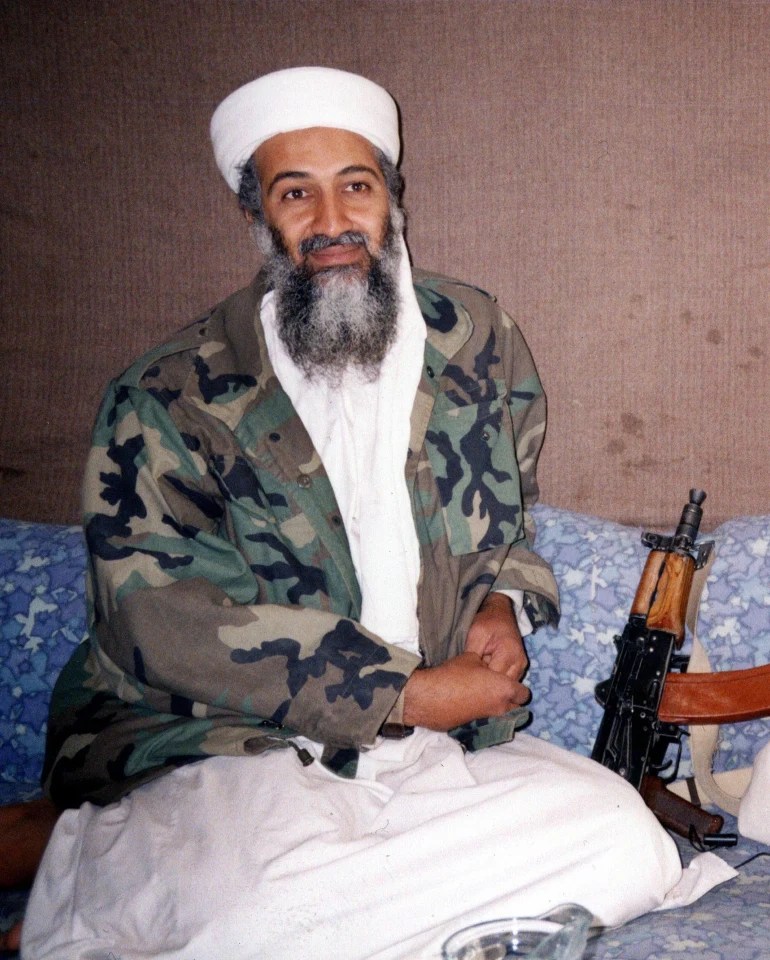 Ex-CIA man Aki Peritz. , who worked on the CIA hunt for Osama Bin Laden, also reveals how Rashid Rauf, the Brummie mastermind behind the plot, was not killed in 2008 as first thought 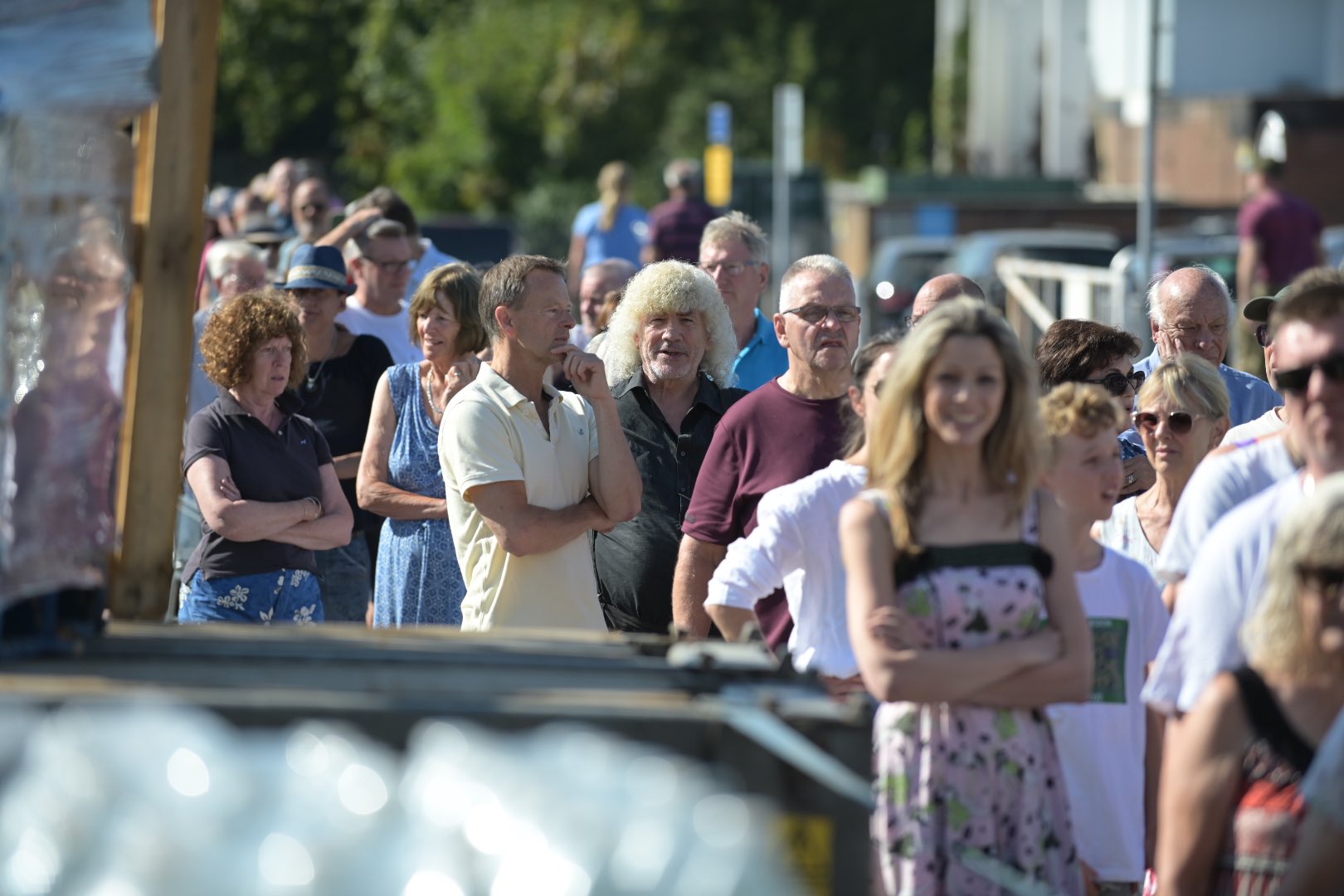 HUNDREDS of homes were left without water today - just hours after a drought was declared. Families were forced to...