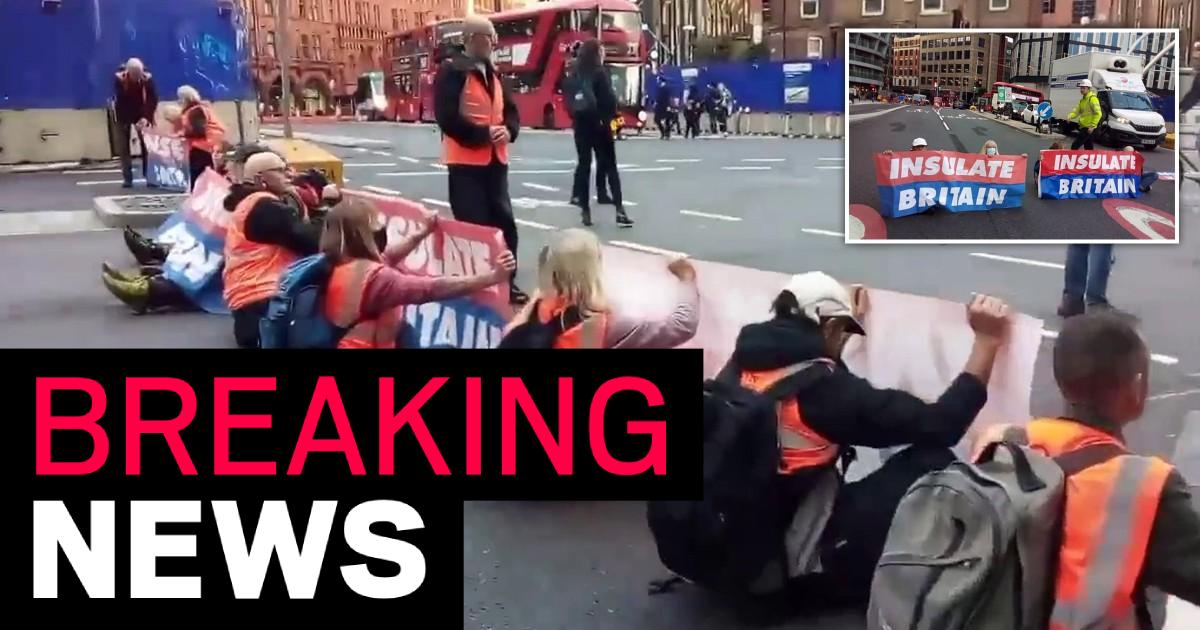 Insulate Britain have blocked ambulances from getting to their call-ours after descending onto a major roundabout in central London.

Footage shows around a dozen protesters holding signs and sitting in the middle of Old Street, a couple of hundred yards away from Moorfields Eye Hospital.

One car can be heard angrily honking its horn as traffic is brought to a standstill.

Members of the group have also returned the the M25, in breach of a High Court junction banning the group from blocking motorways.

Around 40 people are said to be at junction 25 on the M25, and the A501 at Old Street roundabout, for the group’s 12th protest in a matter of weeks.

It comes after the group apologised for the disruption they have been causing.

A spokesperson said they recognise their sit-in demonstrations on busy roads are causing havoc but that they ‘believe the reality of our situation has to be faced’.

The group wants the prime minister to commit to retrofitting 29 million homes by 2030 to tackle climate change and fuel poverty simultaneously.

But Boris Johnson has branded them ‘irresponsible crusties’ who are hindering law-abiding people from going about their business.

The PM is reportedly considering giving police tougher powers to deal with the activists, including unlimited fines and jail terms for obstructing key transport routes.

There were ugly scenes earlier this week when drivers took matters into their own hands and dragged protesters out of the road to let an ambulance pass.