Jeff Bezos space flight: Time, length and how to watch it live in UK

The billionaire founder of Amazon is set to follow Richard Branson to the edge of space in a dramatic flight on Tuesday.

Jeff Bezos will be joined by three other crew members – including both the youngest and oldest person to ever fly into space.

Bezos’ crew includes his brother Mark, 82-year-old aviator Wally Funk and 18-year-old Oliver Daemen who stepped in to replace a mystery auction winner who bid £20m for the final seat.

All four will sit inside an astronaut capsule atop the New Shepard rocket built by Bezos’ private space company, Blue Origin.

They will blast off from Launch Site One, in Texas and fly to 350,000ft (106km) – more than 20km over Sir Richard Branson’s flight to space last week with Virgin Galactic.

The four astronauts will experience around four minutes of weightlessness and views of planet Earth before descending back to the desert underneath parachutes.

What time is the Blue Origin flight happening? 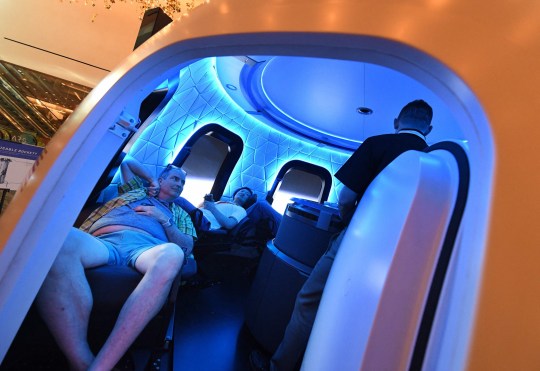 Blue Origin will be broadcasting the flight over the internet with the livestream slated to start at 7.30am ET – which converts to 12.30pm here in the UK on Tuesday, July 20.

The actual launch is scheduled to take place at 9.00am ET – which makes it 2.00pm UK time.

That’s providing there are no disruptions or delays, of course.

The date of the flight is significant itself. July 20 is the 52nd anniversary of the Apollo 11 moon landing.

How long will the Blue Origin flight last? 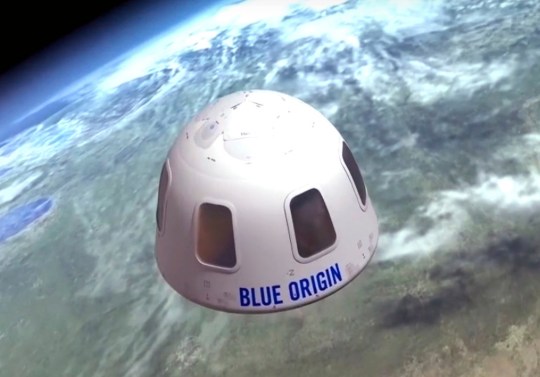 This illustration provided by Blue Origin shows the capsule that the company aims to take tourists into space. (Credits: AP)

The New Shepard rocket, named after US astronaut Alan Shepard, will launch for about two and a half minutes.

After main engine cut off, the capsule containing Bezos detaches at 250,000ft (76km).

The passengers will be weightless for four minutes and get a good view of the curvature of the Earth from an altitude of 350,000ft (106km).

The spacecraft will then re-enter the atmosphere for a safe parachute landing on Earth around 11 minutes after lift off.

Meanwhile, the New Shepard rocket will have landed back on Launch Site One.

So far, New Shepard has made 15 uncrewed test launches to suborbital space as of mid-July 2021.

This will be its first ever crewed mission.

How can I watch the Blue Origin flight in the UK? 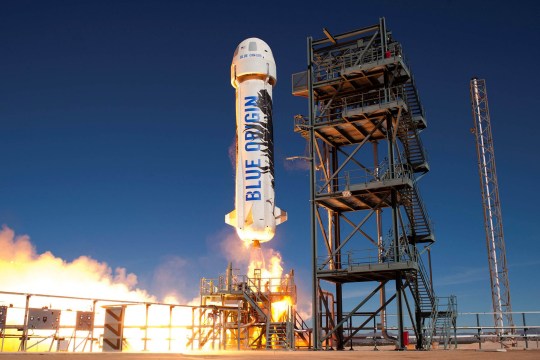 Blue Origin, like Virgin Galactic and SpaceX, broadcasts its rocket launches and landings live. You’ll be able to see the launch take place on BlueOrigin.com.

The company will also be posting mission updates all day on its Twitter page.

How much does a Blue Origin flight ticket cost? 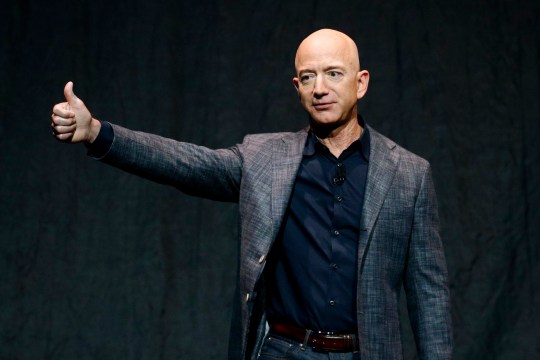 While Blue Origin hasn’t announced how regularly or when it’ll be running space flights to the general public, it has indicated ‘a couple more crewed flights before the end of the year.’

Although the unused winning ticket was auctioned off for $28 million for this flight, Blue Origin haven’t announced how much ticket prices for future flights might be.