Hours after the verdict, the ceramic plaque in honour of the mum-of-two was removed from Market Place, Aylesham (Picture: PA)

A plaque dedicated to murdered PCSO Julia James has been stolen within hours of her killer being convicted.

Callum Wheeler, 22, beat the 53-year-old to death as she walked her dog in fields and woodland near to her home in Snowdown, Kent.

He was found guilty of the horrific attack at Canterbury Crown Court on Monday.

Hours later, between 6.30pm and 9pm, the ceramic plaque in honour of the mum-of-two was removed from Market Place, Aylesham.

Officers are carrying out inquiries into the circumstances and have appealed for anyone with information to come forward.

Chief Inspector Daniel Carter said: ‘Local officers remain in the area as part of their ongoing work with the community and I would like to thank residents for their continued support and encourage anyone with information about the plaque to get in touch with us.’ 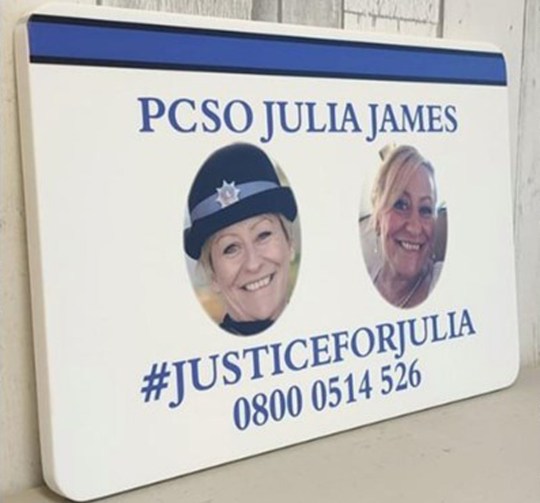 Wheeler, described as a loner, was seen roaming the countryside in the days before Mrs James’ murder carrying a railway jack, the weapon he used to kill her.

On arrest, Wheeler told officers ‘sometimes I do things that I cannot control’ and ‘you can’t go into the woods and expect to be safe’.

He also told a member of police staff that he would return to the woodland and rape and kill a woman, and that Mrs James had deserved to die.

The defendant, who was not know to Ms James, had pleaded guilty to manslaughter but denied murder.

But prosecutor Alison Morgan told the jury: ‘The attack on Julia James was not a momentary and spontaneous act of violence by this defendant.’

Instead, she said he planned the attack ‘over many days and weeks’. 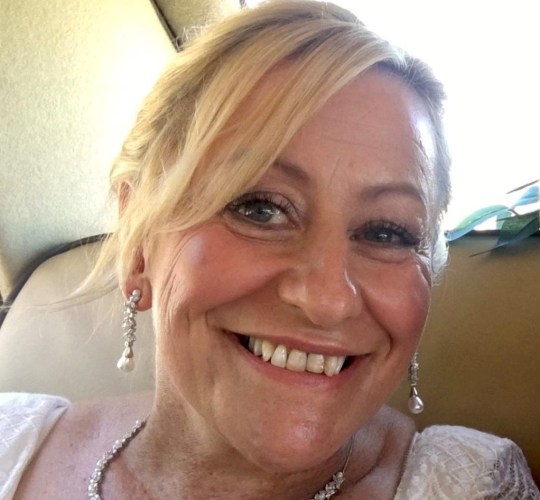 On Monday afternoon, a jury of eight women and four men at Canterbury Crown Court took less than one hour and 10 minutes to find him guilty of Mrs James’s murder.

During the trial, Mrs James’ heartbroken family sat through graphic evidence about the extent of her injuries, described by the pathologist as some of the most serious they’d ever seen.

In a moving tribute after the verdict, Ms James husband said he could not put into words how much he loved his wife – a popular member of the local community.

‘My heart would flutter every time I’d see her and I would tell her that every day, every morning, every night, and we used to call each other three or four times,’ he said.

‘We were on honeymoon every day, every day it was still a honeymoon.’

He said that after she died ‘my heart literally broke in half, and I’ve been trying to fix it every day’.