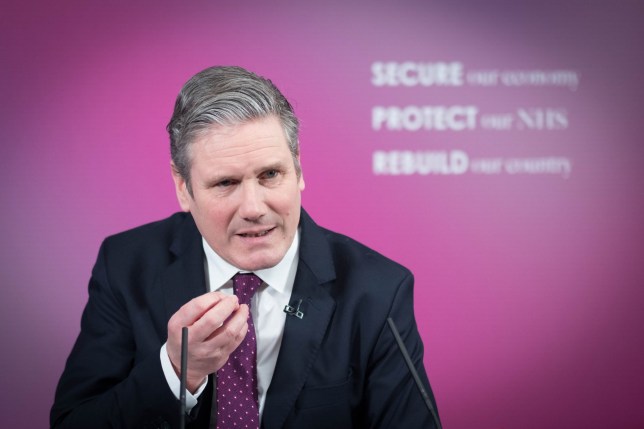 Sir Keir Starmer has set out his vision for the UK’s economic recovery from Covid, and sent a warning to Boris Johnson not to ‘waste the sacrifices of the last year’.

With little over two weeks until the Chancellor Rishi Sunak unveils his Budget on March 3, the Labour leader proposed a new savings scheme to pump ‘billions’ into communities, jobs and businesses.

He said the ‘British Recovery Bond’ could offer financial security to new savers after the Bank of England suggested the ‘vast majority of savings built up during the pandemic won’t be spent’.

In a virtual speech billed as his most important since taking over from Jeremy Corbyn, Sir Keir compared the Covid recovery to the period after the Second World War.

He said: ‘I believe there is a mood in the air that we don’t detect often in Britain.

Sir Keir described next month’s Budget as presenting a ‘fork in the road’, and pledged that a Labour government would retain the £20-a-week uplift in Universal Credit, as well as ending the ‘insult’ of a pay freeze for key workers.

He also said his party would provide local authorities with the necessary funding to prevent huge council tax rises, and he vowed to extend business rate relief and the VAT cut for hospitality and leisure.

On jobs, he pledged to extend and update the furlough scheme so it can better help people back into work, and said Labour would ‘fix’ the Government’s Kickstart scheme.

And the Labour leader announced plans to offer 100,000 start-up loans if he came to power.

He said: ‘If we’re honest, for too long Labour has failed to realise that the only way to deliver social justice and equality is through a strong partnership with business – under my leadership, that mind-set will change.

‘That’s why, if I was Prime Minister, I’d back a new generation of British entrepreneurs by providing start-up loans for 100,000 new businesses across every region of the UK.’ 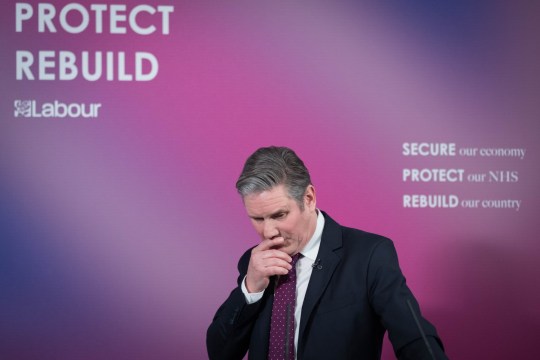 The Labour boss heavily criticised the Government’s response to pandemic, saying it had been made worse by ‘the foundations of our society’ being weakened by Tory rule for over a decade.

He said: ‘We’ve the worst death toll in Europe and the worst economic crisis of any major economy.

‘Now, I’ve said a lot about the incompetence of the Government’s handling of the pandemic and I make no apology for that.

‘They have been slow at every stage. They’ve ignored advice. They haven’t learnt from their mistakes.

‘Yet a Government out of its depth is not even half the story.

‘The terrible damage caused by the virus to health and to prosperity has been made all the worse because the foundations of our society have been weakened over a decade.’