Food supply chains have been struggling with many workers in isolation (Picture: Getty)

Employees in 16 key sectors who get ‘pinged’ will be able to skip isolation rules for work or ‘essential’ reasons, it has been confirmed.

The exemptions for essential areas of the economy – including food supply, medical, waste and transport – were announced on Thursday night.

It provoked fury from bosses whose industries were left off the list while others called for its introduction to be brought forward to stop the economy from grinding to a halt.

With more than 618,000 isolation alerts sent via the official NHS app in the past week, train operators have slashed services and hospitality leaders warned of a summer of closures.

Under the new rules, double-jabbed staff can avoid isolation if they undergo daily testing.

But the exemption will only grant them entry to work and they’ll largely have to remain at home outside of it.

A spokesperson for the Department for Environment, Food and Rural Affairs told the Times: ‘Participants in daily Covid testing will be exempt from self-isolation to undertake work or essential activities only.’

Essential activities includes exercise in an outdoor space, buying food if no one else can shop for them and using buses or trains ‘for essential trips’, the spokesperson added. 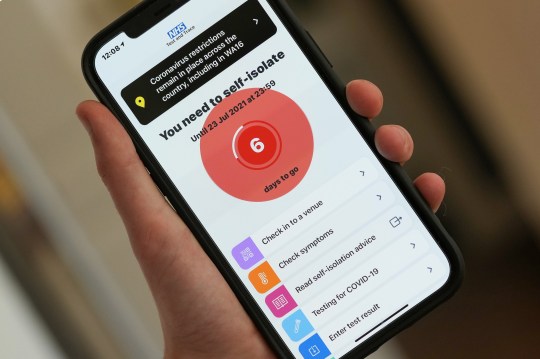 A ‘very narrow’ list of key workers will be allowed to skip self isolation to carry on attending their jobs (Picture: Getty) 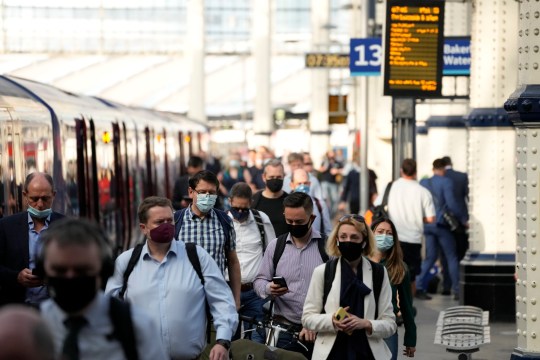 Key workers will only be able to skirt isolation rules for work or ‘essential’ reasons (Picture: AP)

The new policy applies only to named workers, rather than being a ‘blanket exemption for all workers in a sector’, if employers write to the relevant government department to request individual exemptions.

The managing director of Country Range, Coral Rose, said this was ‘completely impractical’.

She told Channel 4 News: ‘How long is it going to take for the government to come back to us?

‘Every day we’re feeding thousands of residents in care homes and hospices, so we need to know straight away if we can bring these staff back to work.’

Businesses have been reporting staff shortages in key industries, with food disappearing from supermarket shelves because so many delivery drivers have been pinged. 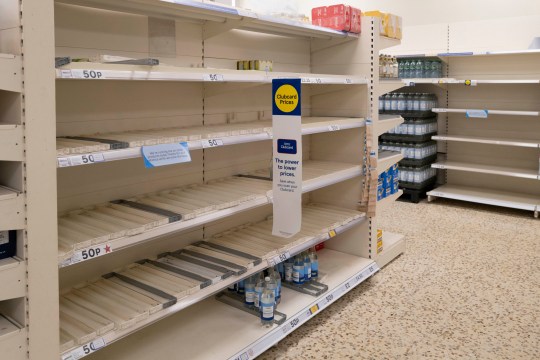 NHS workers who’ve received two coronavirus vaccinations will also be able to avoid isolation if they return a negative test. The British Medical Association criticised this as ‘potentially unsafe’ for patients.

Ministers have said the exemptions are deliberately narrow because self-isolation needs to remain in place for most.

The wider isolation rules for all double-jabbed members of the public come to an end on August 16.

Backbench Tory MPs have called for further and faster changes to the rules.

Former health and foreign secretary Jeremy Hunt said the government risks ‘losing social consent’ for isolation if it does not immediately bring forward the wider relaxation of quarantine rules.

His call was echoed by fellow Conservative Greg Clark, a former business secretary who now chairs the Commons Science and Technology Committee.