The dictator appeared to have a slick, slimmed-down new look during a key ruling party meeting towards the end of the year.

Authorities insisted Kim was eating less ‘for the sake of the country,’ which is grappling with severe food shortages.

He may well want to appear like more of a ‘man of the people’, as being an overweight dictator in a country suffering from starvation isn’t the best look.

But there might be a bit more to it than that, as the country’s tough border closure in response to Covid-19 could be stopping Kim from getting hold of his favourite food.

The tyrant has an obsession with Swiss cheese, gorging on so much of it that at one point he weighed 20 stone and reportedly became so overweight that he fractured his ankles.

‘We know that he has good sources, he enjoys cheese, he’s a heavy drinker, he has access to all junk foods,’ North Korea expert Dr. Sojin Lim tells Metro.co.uk.

‘But because of these border closures the way he brings all these foods into North Korea will have been cut. So he doesn’t have the same variety anymore. 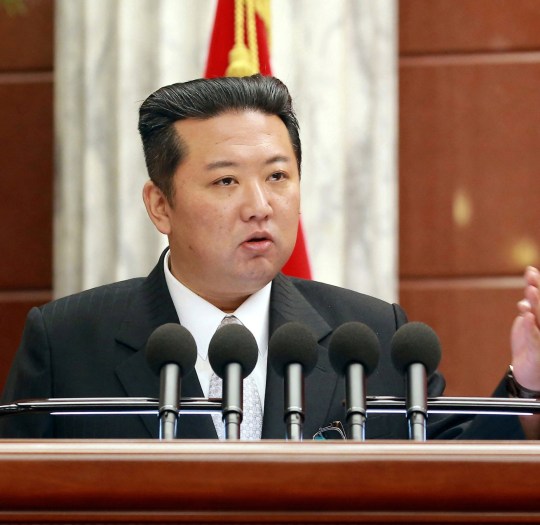 Authorities have said Kim has been eating less ‘for the sake of the country’ as it suffers food shortages (Picture: Reuters) 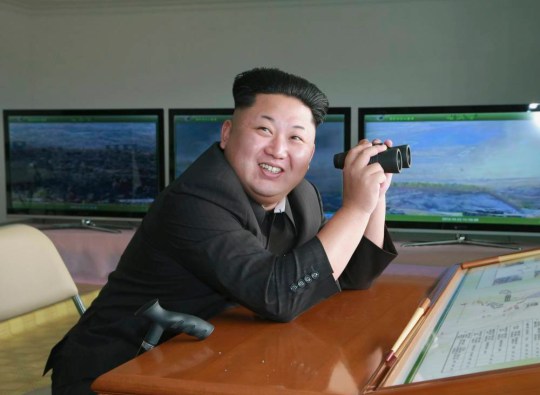 Kim was said to have ballooned to 20 stone at one point and suffered fractured ankles due to his weight (Picture: Reuters)

‘At the same time, he can’t sustain his figure as a fat person because in the domestic environment people are starving.

‘If he sustains that look, that will only add to the grievances of people. So tactically it could coincide with that.’

Some defectors have suggested Kim may have deliberately gained weight to look more like his bulky grandfather and North Korea’s founder Kim Il-sung.

But the leader’s restricted access to fatty foods may play in his favour as he seeks to boost morale while his people starve.

‘He can’t access certain food anymore but at the same time losing weight doesn’t mean he’s losing his legacy from his grandfather,’ says Dr Lim, a senior lecturer and co-director of the International Institute of Korean studies at the University of Central Lancashire. 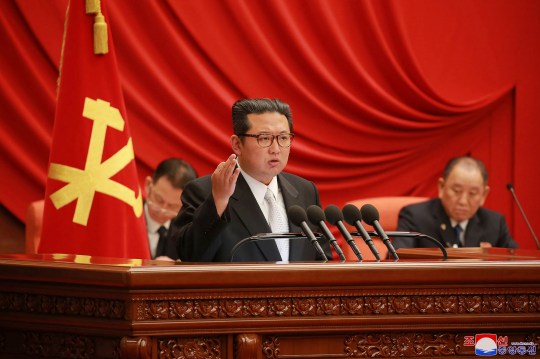 He may be working economic problems to his advantage, crafting an image as a ‘man of the people’ who suffers the same as everyone else (Picture: AP) 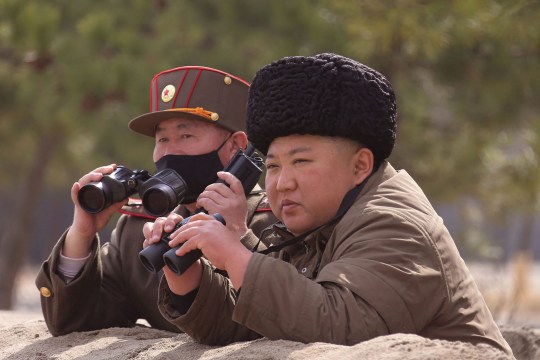 ‘It also shows people that “I’m with you, I’m not taking all this food for myself, I’m like you, I’m also suffering.”

‘Because of his cult of personality and propaganda, all of his image is crafted – nothing is natural. It’s not so different from here, with Boris Johnson and his hairstyle.

‘Kim Jong-un’s look is more about people at home, not about the powers outside. It’s more about how he can manage inside at the moment.’

While North Korea’s strict ‘zero Covid’ policy could mean no more luxury imported foods for its tyrant, it is having a more severe impact on its ordinary people.

The East Asian nation hasn’t confirmed a single case of the virus, but still it has locked down entire cities and has implemented a ‘shoot on sight’ policy at its southern border. 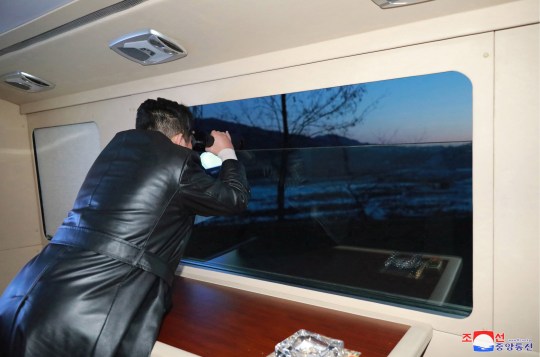 The North Korean leader wears a shiny trench coat as he watches a missile test on Tuesday (Picture: EPA) 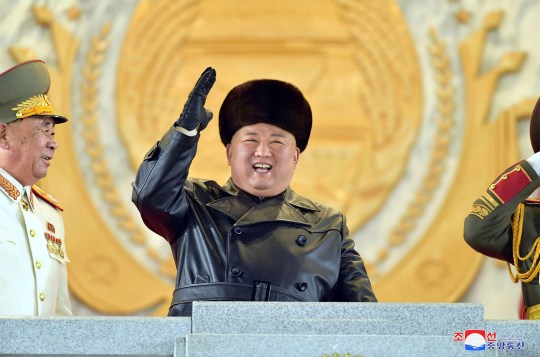 It is thought Kim no longer has the same variety of food due to the country’s ‘zero Covid’ policy (Picture: AP)

But imports are kept in a quarantine facility for seven days before being distributed to other parts of the country.

Corruption and economic mismanagement is part of the problem, but sanctions imposed by the United Nations and the US in response to North Korea’s nuclear programme are also a factor.

A series of missile tests carried out by the regime at the start of the year have prompted the US to impose fresh sanctions and call for new ones from the UN.

But Dr Lim suggests the provocative launches could be a tactic to get the White House on the negotiating table in order to secure humanitarian aid.