Loch Lomond: 3 dead, including child, and 9-year-old boy in hospital

At least 30 people have drowned across the UK in recent weeks (Picture: Google)

Three more people have drowned in a triple tragedy at a Scottish beauty spot as the summer death toll in British waters climbs.

Police Scotland has confirmed a 41-year-old man, a 29-year-old woman and a nine-year-old boy have died at Loch Lomond.

Another boy, seven, was rushed to the Royal Hospital for Children in Glasgow and is fighting for his life.

The incident happened at Pulpit Rock, south of Ardlui, on Saturday evening.

It brings the number of deaths by drowning to at least 30 across the country in recent weeks.

The Loch Lomond deaths were confirmed on the first ever World Drowning Prevention Day, an international awareness raising mission started by the United Nations.

Rescue workers are urging people to take care as Britain’s beaches, parks and beauty spots fill up with people enjoying the good weather.

In Scotland, five people have died after getting into difficulty in the water to five in just 24 hours. 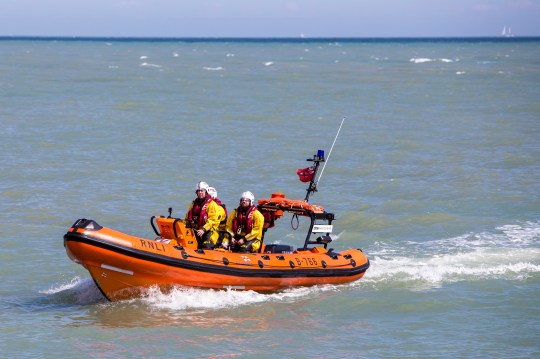 Rescue workers are urging Brits to be careful around lakes, rivers and at the seaside this summer (Picture: Getty)

A 16-year-old boy died in the water at nearby Balloch Country Park, located at the south end of Loch Lomond, on Friday.

On Saturday, an 11-year-old boy was pronounced dead at the scene after being found in the river at Alexander Hamilton Memorial Park in Stonehouse, South Lanarkshire.

Commenting on the most recent Loch Lomond incident, a Police Scotland spokesperson confirmed they received reports at about 6.40pm on Saturday.

They added: ‘A multi-agency operation took place and sadly three people were pronounced dead at the scene.

‘Formal identification has still to take place but the family of a 41-year-old man, 29-year-old woman and nine-year-old boy have been made aware.’

Speaking earlier this weekend, Lee Heard, the director of the drowning prevention charity Royal Life Saving Society UK, said: ‘The difference between the air temperature and water temperature can literally take your breath away – this is called cold water shock. It is silent, invisible and deadly.

‘Water can also hide debris, strong currents and sudden changes in depth that can catch out even the strongest swimmers.’