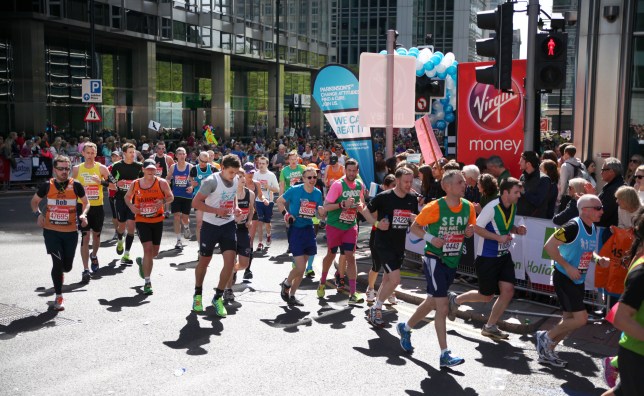 Organisers are hoping for a record 50,000 participants this year (Picture: Getty)

Organisers of the Virgin Money London Marathon are ‘very optimistic’ this year’s event will go ahead – which means if you haven’t already, it’s time to get training.

Last year’s London Marathon was closed to the public due to the coronavirus outbreak across the UK.

While thousands of runners missed out on running the famous route around England’s capital, a select number of elite athletes competed in a closed-loop course.

But with summer 2021 hopefully looking a little more normal we should also see the return of the London Marathon.

For the second year in a row, the race has been moved from its traditional April date.

This year, the official London Marathon is scheduled for October 3 with a record 50,000 participants expected to race.

Will the 2021 London Marathon go ahead as normal this year?

While there is no official details on how this year’s race will look as of yet, organisers are confident the race will go ahead as normal.

Event director Hugh Brasher told BBC Sport: ‘The government has been talking about the fact that everyone will be vaccinated in the country by September.

‘This is 3 October, so we really hope that this is a beacon of hope in the future. And that we really are living in a different world to what we are now in.

What is the 2021 London Marathon route? 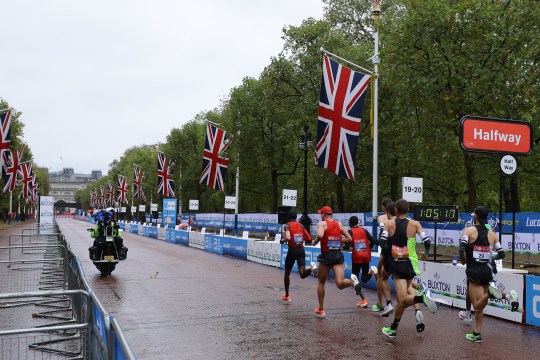 The Mall signals the final stretch of the London Marathon (Picture: Getty)

The London Marathon route is iconic – and runs from Blackheath in the south east of London to the finish line at The Mall.

Runners will make their way through Greenwich before passing over the Thames as they cross Tower Bridge.

The route continues through central London and pass Canary Wharf and famous landmarks such as the London Eye and Big Ben, where thousands of avid spectators will cheer on the runners.

As the racegoers turn the bend at Buckingham Palace, all they’ll have left is the stretch of The Mall to reach the finish line.

Can you still buy a spot in the virtual London Marathon? 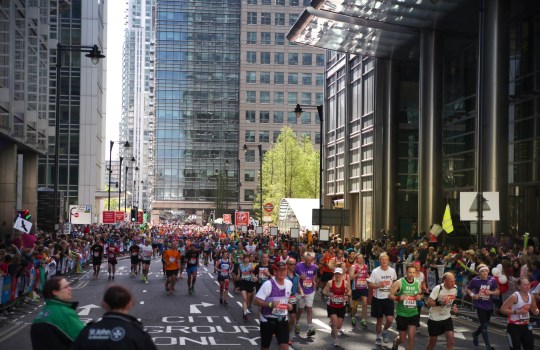 The London Marathon is one of the most iconic marathon routes in the world (Picture: Getty)

In addition to the runners taking part in London, organisers are also inviting another 50,000 people to complete the 26.2 miles virtually using a tracking app.

General entries for the virtual 2021 London Marathon opened on Tuesday, February 16 Entries will cost £28 (plus an additional £10 for entries outside the UK to cover international postage)

Runners can enter here but must act quickly with places being handed out on a first-come, first-served basis.

What are the best 2021 London Marathon training plans? 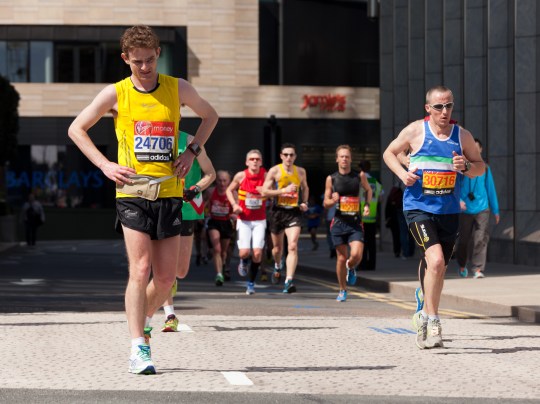 Training is key to avoid fatigue during the London Marathon (Picture: Getty)

Training for a marathon is no easy feat and you should not underestimate the amount of preparation that is needed.

Whether you’re undertaking your first marathon or a veteran of the sport, there are lots of different training plans to follow.

The official London Marathon organisers have detailed plans to follow on their website for beginners, improvers and advanced runners.

All three training plans are available to download for free on the Virgin Money London Marathon website.

FROM naughty elves being “given the sack” to a scared Santa being branded “Claustrophobic”, we’ve heard them all.  Up to...

Journalists ‘at No 10 Christmas party are trying to bury story’