The Engineering Talent Awards were held in London, with a special focus on diversity (Picture: ETAs)

Role models in the engineering and technology sector were celebrated at a prestigious ceremony in London.

This year, the Engineering Talent Awards had a special focus on people breaking down diversity barriers and organisations facilitating such changes.

Known for its unwavering commitment to LGBTQ+ rights, Metro.co.uk partnered with the Royal Academy of Engineering and McLaren Racing to recognise those making the industry accessible to everyone.

Metro’s executive editor Richard Hartley-Parkinson was pictured all smiles as he presented a prestigious award to the overall winner in the Outstanding Excellence in Engineering category to Costain Group.

It was given to them for their ‘incredible’ outreach programme looking to help neurodiverse and autism while also designing inclusive training projects into their core business.

Other winners included Chrisma Jain, a chartered mechanical engineer who is a senior project leader at Transport For London.

She took home the Engineer of the Year prize for her strong advocacy in changing the working environment. 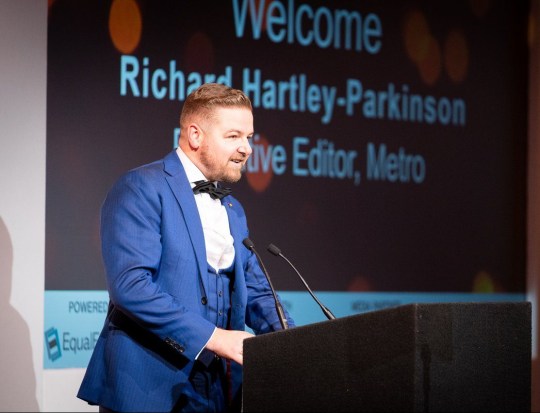 Meanwhile, Nabilah Thagia won the Engineering Apprentice of the Year.

She was honoured for her work with Dyson to support amputees and promoting disabilities as a strong Muslim woman in the workplace.

Isabelle Pickett, a University of Bath student, won Engineering Student of the Year for her work to mentor young refugees.

She is also known for supporting undergraduates at scholarships through the establishment of a tutoring agency as a first generation entry into the sector.

Dr Patricia Xavier, from Swansea University, took home a prize in the innovation category for developing a new course for engineering students to think more broadly about ED&I. 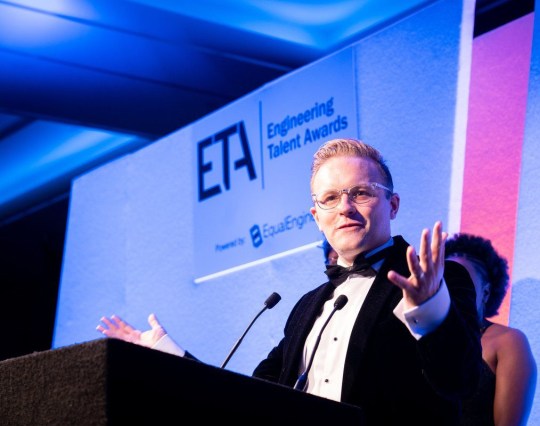 Katie Ireland, a senior geologist based in Newcastle and working for Ørsted, won the Engineering Returner gong for her strong technical skills and the use of her previous experience in oil and gas to implement new workflows to help her project team in the renewable energy sector.

It was all started in 2020 by a gay safety engineer called Dr Mark McBride-Wright, the founder of EqualEngineers – a networking group for the LGBTQ+ community.

After years of working in the sector, he could easily see it was dominated by one demographic – white men.

As the founder of the awards, Dr McBride-Wright said: ‘We celebrated some fantastic role models in the engineering and technology sectors working all across the UK.

‘The Engineering Talent Awards exist to shine a light on success and ingenuity, so I am really pleased we were able to do that.

‘This is one of the major events in the UK that also gives a huge platform to our country’s engineering businesses as well as the organisations nurturing the next generation.

‘This year, we particularly celebrated the success of women in STEM as well as others from a range of diverse backgrounds.

‘These awards are a major recognition of the country’s finest and emerging engineering talent.’