Hassina has given an interview about her abuse of fellow passengers on Friday night (Pictures: SWNS/News Dog)

A young woman who called a train passenger a ‘dirty n*****’ in a vile verbal attack claimed she can’t be racist because she’s ‘half black’ herself.

Hassina Ahmed, 22, launched the racist tirade on a service near West Ham underground station in London on Friday night.

She was filmed repeatedly calling various train passengers ‘a f****** Algerian c***’, ‘a dirty Nigerian’ and a ‘half Asian mother******’ and threatening to stab them.

Ms Ahmed, a Muslim from East London, admitted she ‘lost the plot’ after the Algerian man attempted to chat her up.

She told MailOnline: ‘He was giving me the eye when I got on the train and was trying to chat me up and asked for my number. I told him to leave me alone because I’m Muslim.

‘When I said that he started screaming at me: “What sort of Muslim woman are you? Look at the way you’re dressed. You’re showing off your body. You’re a whore, you should be ashamed of yourself.”

‘I became really angry and had to defend myself. I’m proud to be a Muslim woman and there’s nothing in the religion that says that we have to cover up. It’s nobody’s business how I dress.’

The footage shows her standing over a man in a chair and yelling abuse around 11.30pm shortly after she boarded the train at Basildon. 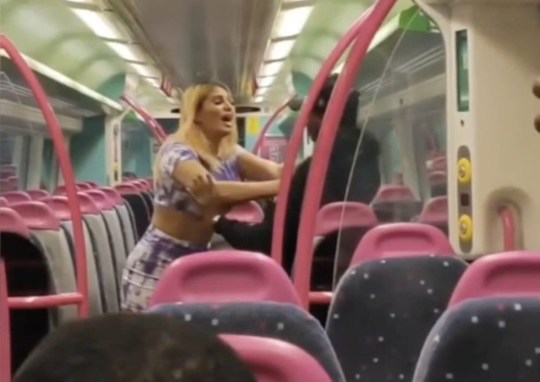 Ms Ahmed admitted she was ‘quite intoxicated’ as she had been drinking at a friend’s house earlier that night – despite being filmed telling passengers that she was sober.

She said her dad is a Muslim from Kenya while her mum is Colombian and defended her use of the N-word. ‘How can I be racist? I’m half black myself,’ she said.

‘Do you honestly think that I would pick a fight with two random men on the train because I’ve got something against black people? 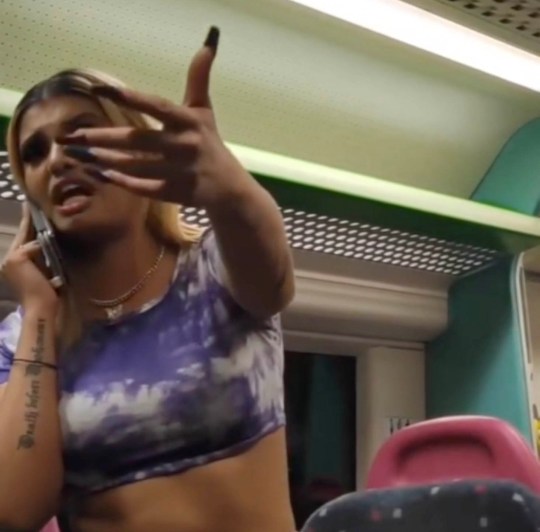 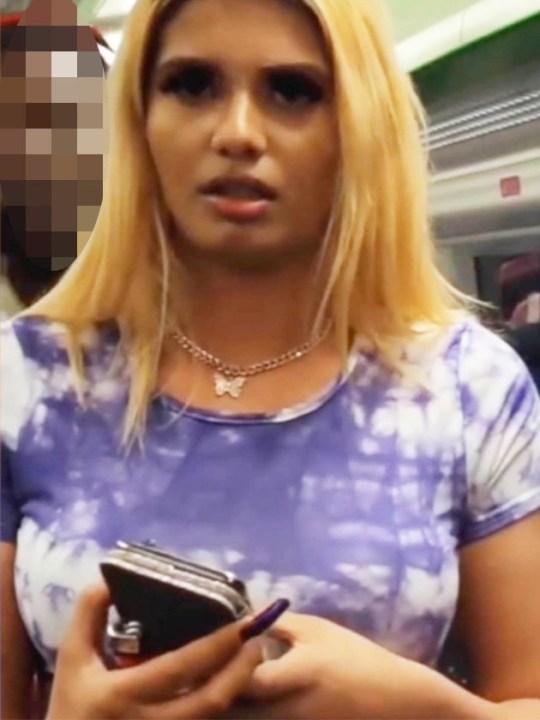 ‘I didn’t use the N-word to abuse any of the passengers. That’s just the language that we use in my world.’

Since clips of her rant were posted online, Ms Ahmed said she received death threats and had to close her social media accounts.

She handed herself in to police yesterday and said she was asked to return next week so officers can have time to review CCTV footage.

British Transport Police said it received a report of a racially aggravated public order offence on-board a train at 11.31pm on Friday, July 16. 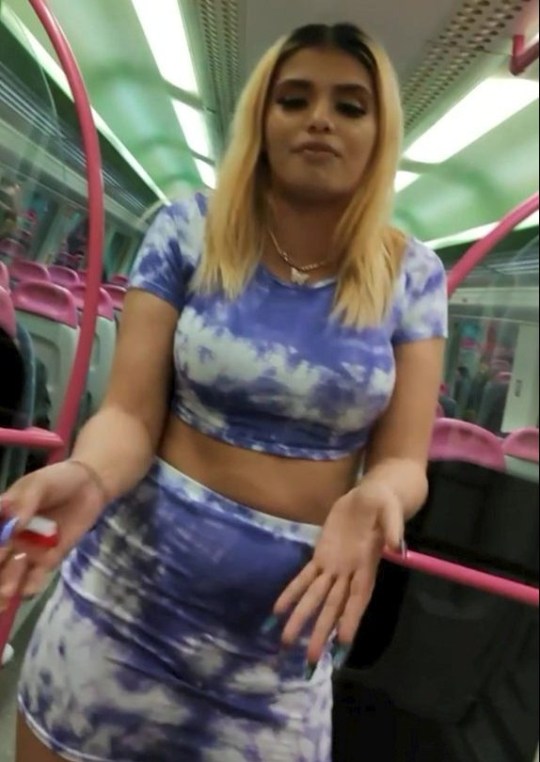 Ms Ahmed told a passenger she would stab them ‘in the f****** face’ (Picture: @dblackbuddha/SWNS)

A spokesperson said on Thursday that no arrests have yet been made.

Ms Ahmed said: ‘I’ve got nothing to hide and willingly went to tell the police what happened.

‘I actually tried to call the police at the time of the incident last Friday, but my phone died.

‘This whole thing has left me very down and depressed and I don’t even feel like coming out of my house anymore.’