HUNDREDS of people were stuck in a traffic jam on the M11 today after a man tragically died in a horror smash.

Drivers were urged to stay away after the fatal collision closed both carriageways of the busy motorway.

Police at the scene of the fatal collision on July 17 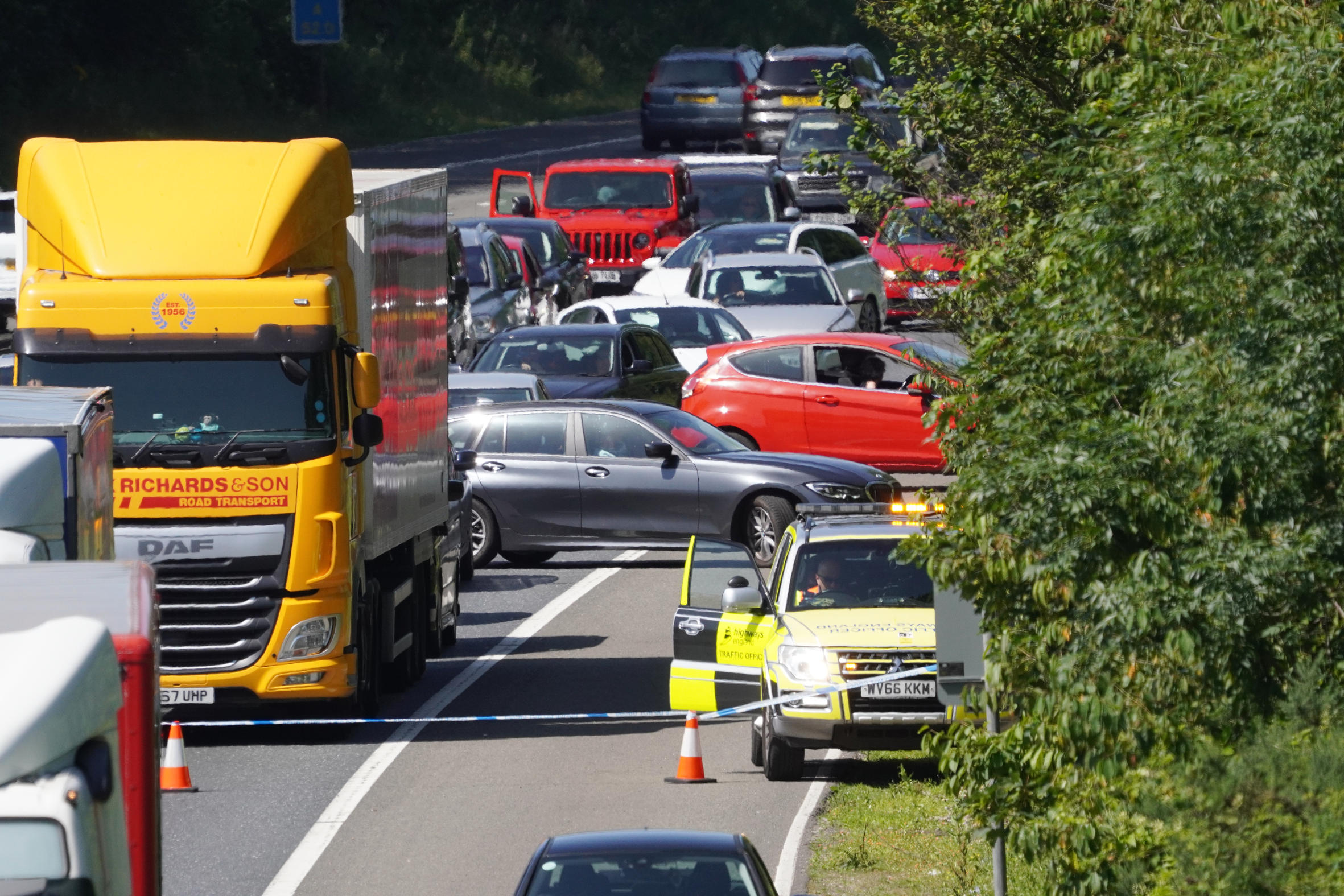 The man was driving a small vehicle transporter, which was carrying a white van, when the crash took place just after 10am this morning.

He became trapped after the transporter overturned between Junction 8 Bishop’s Stortford and Junction 9 for Newmarket.

Tragically he couldn’t be saved and was declared dead at the scene shortly after.

Paramedics and an air ambulance attended the collision, along with firefighters and police.

Essex Police said: “Paramedics tended to the man, but sadly he died at the scene.

“The northbound side of the M11 reopened earlier, but the southbound side is expected to remain closed for a number of hours.

“This is while forensic examination work is carried out and a diesel spill is cleared.”

A man has sadly died following a collision on the M11 earlier today.

In an update posted at 7.20pm, Essex Police said: “The M11 southbound between junctions 8 and 9 has reopened following a fatal collision this morning.

“Thank you to drivers for your patience throughout the day.”

Essex Road Policing tweeted: “It was very hot and we are sure you were frustrated.

“We had approximately nine miles of stationary vehicles to turn round so it does take a long time.”

The police had said earlier: “We are working hard with our partners to turn around traffic trapped in tailbacks as fast as possible and to get bottled water to drivers.

“We appreciate it is very hot and many people have been stuck for several hours.

“We are working hard to get drivers to their destinations safely and ask people to be patient and wait until instructed by police to turn around.

“Do not put other people at risk by turning around without instruction or by driving on the hard shoulder and blocking access for emergency vehicles.”

Hundreds were stuck in tailbacks in the scorching heat with some holidaymakers walking to nearby Stansted airport so they didn’t miss flights.

Images on social media showed people getting out of their cars and walking down the road with suitcases.

Police worked alongside local businesses to give drivers bottled water as they warned the southbound carriageway would be closed for “several hours”.

Cops warned people they would be “robustly dealt with” if they attempted to skip the queues by turning round or driving on the hard shoulder.

Alternatively, you can speak to an online operator between 7am-11pm or call 101.

The crash comes just days after a fire sparked traffic chaos on the same stretch of motorway near Stansted when a truck carrying aerosol cans exploded. 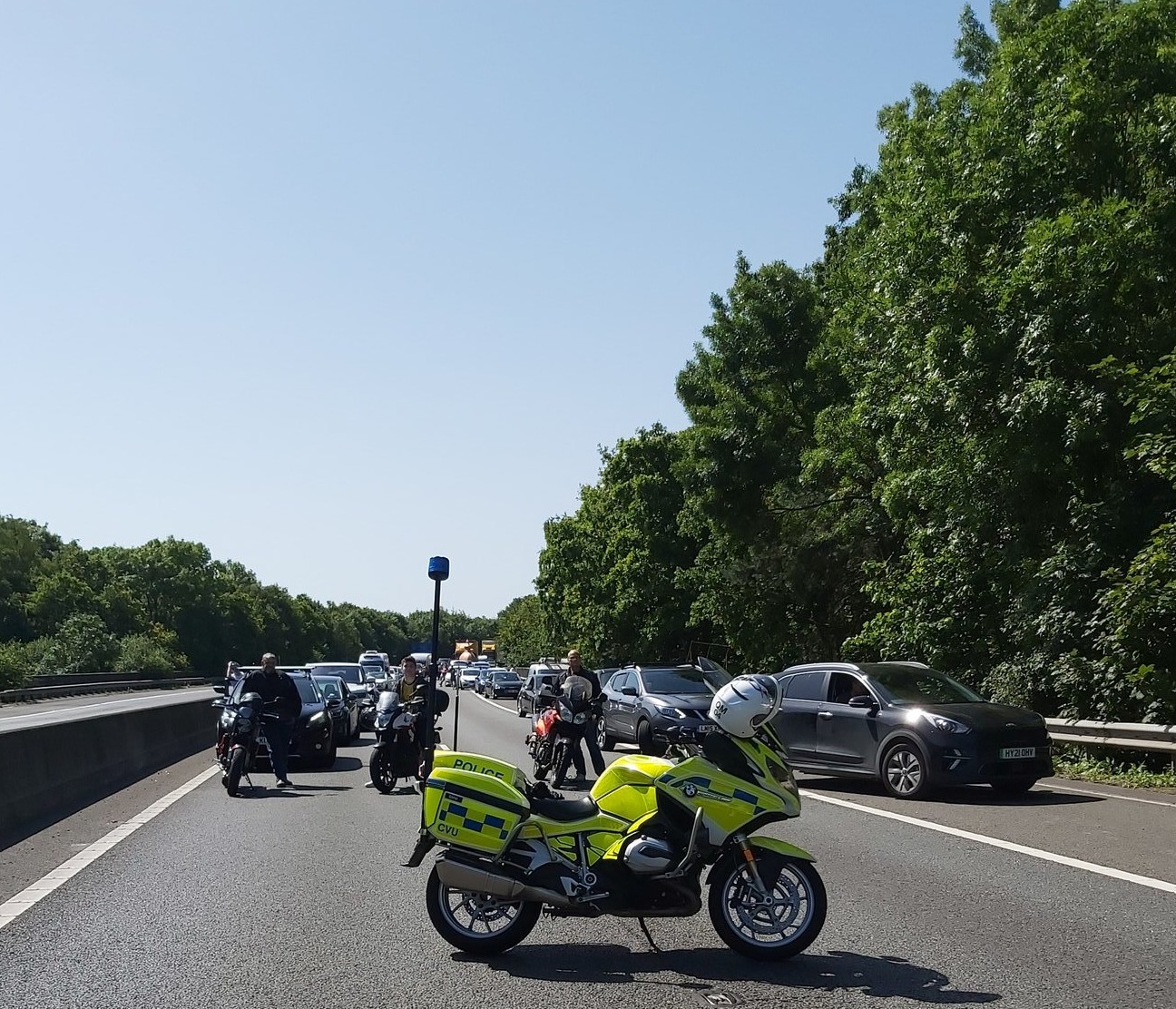 A crash has caused traffic chaos on the M11Credit: Twitter @EPRoadsPolicing 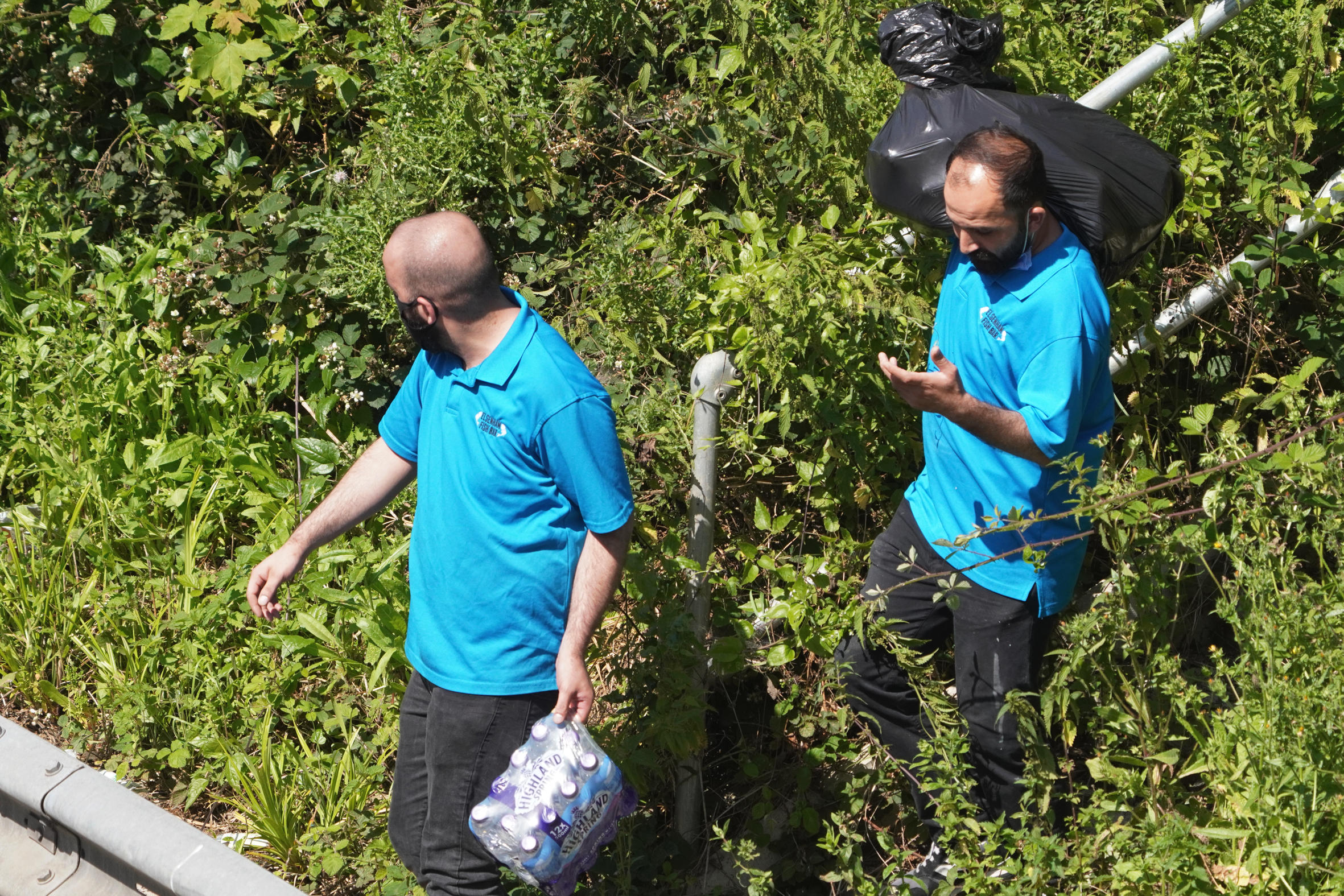 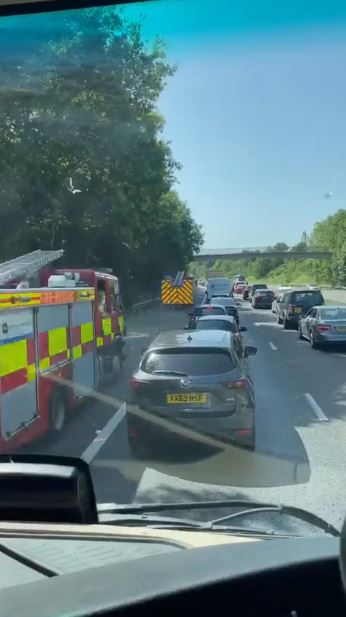 Drivers have posted video and pictures of the queuesCredit: Twitter @beardedbruva