A man has admitted carrying out a string of ‘dine and dash’ crimes at gastro pubs and hotels across East Anglia.

Alan Rogers, 46, failed to pay for meals, drinks and hotel stays worth more than £3,500 while entertaining his girlfriend at a series of venues last year.

He admitted three offences of fraud by false representation when he appeared on Friday at Ipswich Crown Court.

He also asked for 15 similar offences to be taken into consideration.

Suffolk Police had announced last November they were hunting a couple who had enjoyed meals and drinks without paying in eateries across the county.

Rogers of Hadleigh, Suffolk, was initially arrested with a 43-year-old woman.

The pair were quizzed and later released under investigation.

Police confirmed the woman had since been released without charge and faced no further action.

Pub and restaurant bosses in Suffolk and Norfolk said they had been repeatedly fleeced after payment was declined on genuine bank cards.

They revealed the couple would leave after the man promised to return with payment, although he never did.

The three charges Rogers faces relate to leaving venues without making legitimate payment for goods worth a total of £1,226.30.

The offences happened in Ipswich on September 10 last year, in Aldeburgh, Suffolk, on September 5 and in the Norwich area between July 22 and November 18.

The cases to be taken into consideration involve alleged frauds totalling a further £2,285. 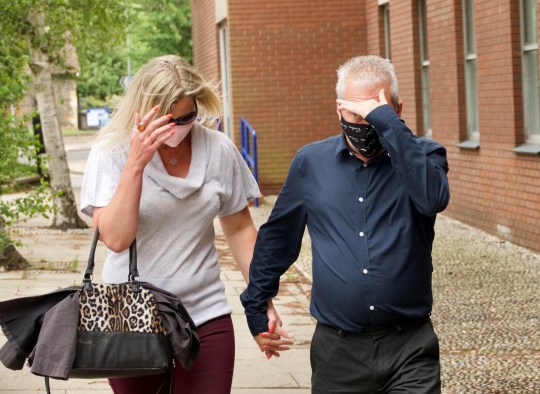 Prosecutor Colette Harper told Ipswich magistrates at an earlier hearing that Rogers was accused of ‘a large number of at least 18 offences where he and his friend have consumed alcohol and food and on occasions stayed in residence without paying anything at all.’

She added: ‘This is not suitable for summary trial. It involves a large number of victims over a period of time and a substantial amount of money.’