Man arrested for arson after kids, 3 and 5, saved from burning home

Two children aged 3 and 5 are in critical condition following a fire at their home (Picture: Dave Nelson)

A man has been arrested on suspicion of arson after two young children were seriously injured in a house fire.

The three-year-old girl and her five-year-old brother were rescued from the property in Preston after neighbours heard their pregnant mum screaming for help on Friday evening.

The mother, believed to be in her 20s was taken to hospital with her kids after she managed to leap from a window to escape.

Her injuries are not believed to be life-threatening but the children remain in critical condition.

A fourth person was treated at the scene by paramedics.

The suspect, a 24-year-old male, has been released under investigation while enquiries continue.

The fire is still being treated as unexplained, Lancashire Police said, urging any witnesses to come forward.

Demi-Lee Carroll, one of the neighbours first to the scene, told The Sun: ‘I was in the street trying to get the mum to drop the kids down to me.

‘She tried but she couldn’t do it. 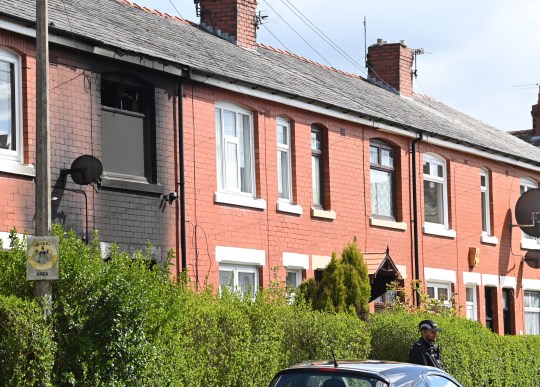 The cause of the fire, which broke out on Friday evening, remains unexplained (Picture: Dave Nelson)

‘Then she jumped out herself. She told me she was pregnant and I rushed to get her some water and sit her down.’

Two other neighbours were said to have broken into an alleyway along the property and climbed onto the kitchen extension before kicking through a window.

The smoke was so thick they were unable to enter the property and reportedly left one of the neighbours, who has asthma, needing hospital treatment.

The children’s father was said to have arrived home to find them receiving CPR in the street. 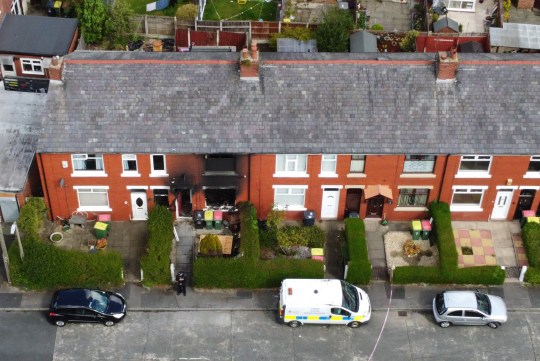 The kids’ father reportedly returned home to see them being given CPR outside (Picture: Dave Nelson)

Demi-Lee, 17, added: ‘He was screaming for his children. The emotion in his voice was just heartbreaking. It was the most horrific thing I’ve seen.

Det Ch Insp Graham Hill, of the Force Major Investigation Team, said: ‘A joint investigation with Lancashire Fire and Rescue Service is ongoing and the fire is being treated as unexplained while we establish a cause.

‘We continue to ask if you have any information about the incident, and have not yet spoken to police, that you contact us as soon as possible.’

Anybody with information is urged to get in touch on 101, quoting log 1305 of April 8th.