Steven Gallagher, from Dreghorn, Ayrshire, is the first person in the world to have a double hand transplant after suffering from the rare disease scleroderma. (Credits: PA)

A man whose hands were left unusable by scleroderma has been given a new lease of life after what is believed to be the world’s first double hand transplant for the condition.

Steven Gallagher, 48, was diagnosed with scleroderma, an autoimmune disease that causes scarring of the skin and internal organs, after he developed an unusual rash about 13 years ago.

The condition affected areas including his nose, mouth and hands and, about seven years ago, his fingers started curling in until they were in a fist position and he was suffering ‘horrendous’ pain.

When experts suggested the idea of a double hand transplant the father-of-three initially dismissed the idea but then decided to go ahead despite the risks.

He explained: ‘My hands started to close, it got to the point where it was basically two fists, my hands were unusable, I couldn’t do a thing apart from lift things with two hands.

‘I could not grab anything, it was a struggle to get dressed and things like that.’

He added: ‘When Professor Hart in Glasgow mentioned to me about a double hand transplant, at the time I laughed and thought that’s space age kind of things but, after thinking about it for a wee while, I spoke more to Professor Hart, and I went down to Leeds and spoke to Professor Kay.

‘They were really understanding and were really open about what might happen, that I could lose my hands altogether, they said it was unlikely but it was a risk.

‘My wife and I spoke about it and came to the agreement to go for it. I could end up losing my hands anyway, so it was just a case of letting them know I was going to go with it.’

Mr Gallagher, from Dreghorn in North Ayrshire, had to undergo psychological evaluation to ensure he was prepared for the prospect of a transplant.

He then underwent the 12-hour operation in mid December 2021 after a suitable donor was found. 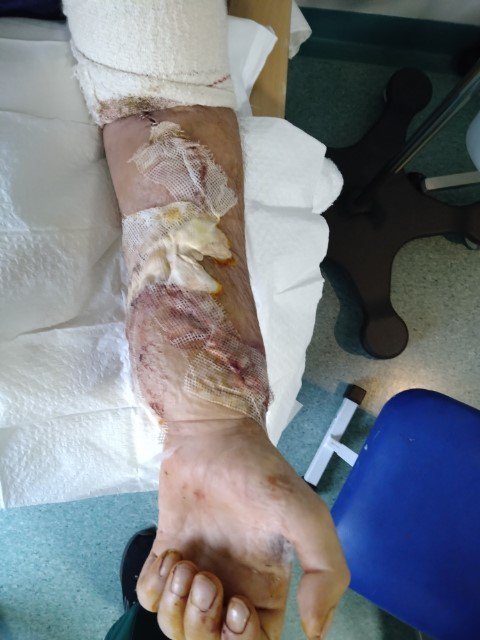 A photo of Steven’s hand after the operation. (Credits: PA)

The hand transplant team at Leeds Teaching Hospital NHS Trust, which carried out the surgery, said it is the first time anywhere in the world that hand transplantation has been used to replace hands terminally affected by scleroderma.

‘These hands are amazing, everything has happened so quickly. From the moment I woke up from the operation I could move them.’ 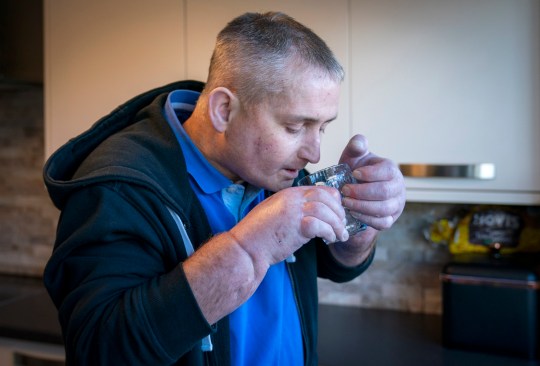 Stephen said the hands gave him a ‘new lease of life’ (Credits: PA)

He added: ‘It has given me a new lease of life. I’m still finding things hard just now but things are getting better every week with the physio and the occupational therapists, everything is just slowly getting better.

‘The pain is the big thing. The pain before the operation was horrendous, I was on so much pain relief it was unbelievable, but now I’ve no pain at all.’

Mr Gallagher spent about four weeks in Leeds General Infirmary following the operation and has regular visits to hospitals in Glasgow for physiotherapy and monitoring.

More than five months on from the operation, his condition is improving and although he cannot do tasks requiring great dexterity, such as doing up buttons, he can do things like stroke his dog, turn on the tap and fill a glass of water.

The 48-year-old worked as a roof tiler and was made assistant contracts manager but had to stop work due to his condition. 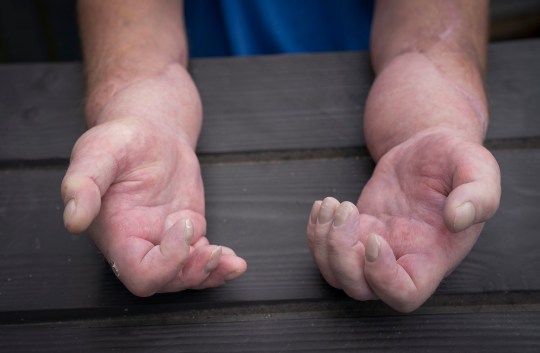 Steven says he is now hoping to return to some kind of work (Credits: PA)

He is now hoping to return to some kind of work once his hands have improved enough, and is very grateful to the person and family of the donor who made the transplant possible.

The surgery involved a 30-strong team of professionals from many disciplines.

Professor Simon Kay, of Leeds Teaching Hospitals NHS Trust, said: ‘This operation has been a huge team effort with input from our colleagues here in Leeds and in Glasgow.

‘Having a hand transplant is very different from a kidney or other organ transplant, as hands are something we see every day and we use them in so many ways.

‘For this reason, we and our expert clinical psychologists assess and prepare patients, in order to be sure that they will be able to cope psychologically with the permanent reminder of their transplant, and the risk the body may reject the transplanted hands.’ 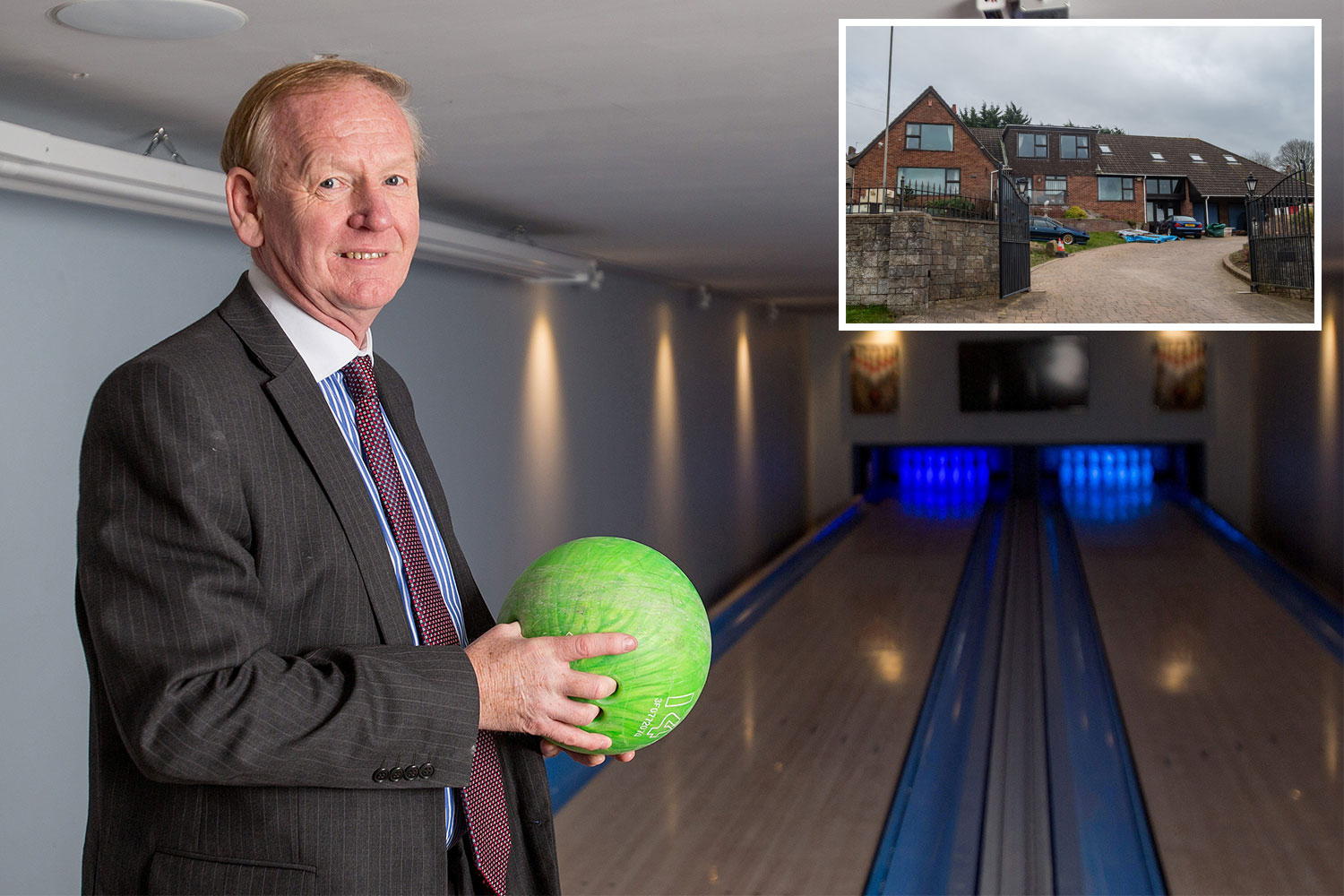 NEIGHBOURS of a millionaire who illegally built "Britain's best man cave" are relieved after the homeowner was jailed after a...