Some survivors of the terror attack ran the Great Manchester Run today as the city came together to mourn (Picture: PA/Getty/Rex)

Church bells tolled at midday as people across the northern city fell silent. Another silence at 10.31pm tonight will mark the exact time a bomb was detonated at the Ariana Grande concert on May 22, 2017.

Remembrance services are being held at the Glade of Light Memorial, which was designed to honour the lives lost.

Prince William told families of victims he knew the ‘pain and the trauma has not gone away’ after travelling up with Kate Middleton to open the memorial earlier this month.

Today is the first time in three years that people in Manchester can mark the anniversary free of Covid restrictions.

More than 20,000 racers at the Great Manchester Run applauded the 22 victims before setting off on a 10km race today.

Survivor Freya Lewis, 19, who learned to walk again after suffering multiple injuries, fractures and burns, took part and was racing for the Royal Manchester Children’s Hospital Charity who saved her life.

The teenager, whose best friend Nell Jones, then 14, was killed in the bombing, has raised more than £67,000 with her family since the horrific day.

Cheshire-raised Freya told BBC Breakfast that Manchester ‘means the world to me’. 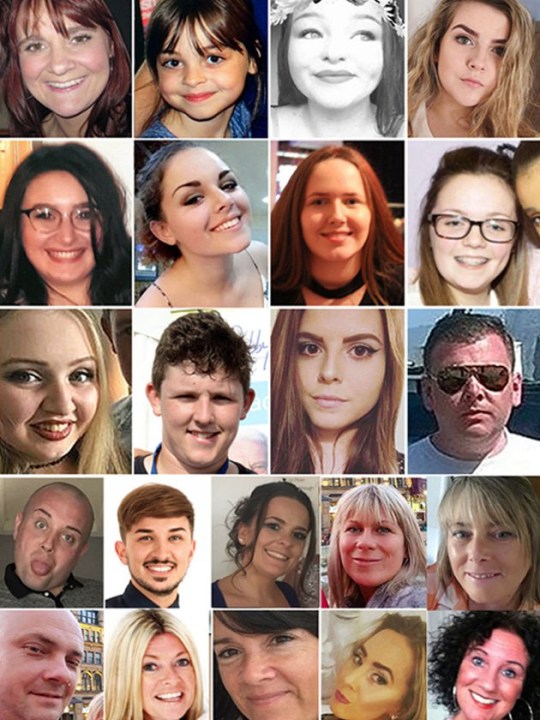 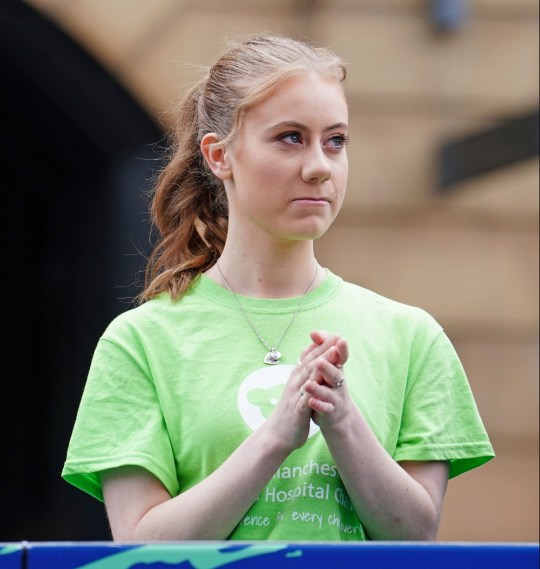 Survivor Freya Lewis applauding the 22 victims ahead of the starting pistol for the Great Manchester Run through Manchester city centre (Picture: PA) 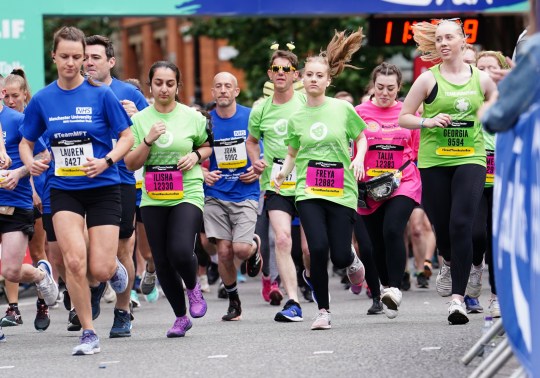 Remembering the victims of the Manchester Arena terror attack

Those who died in the attack were:

Eilidh MacLeod, 14, from the Isle of Barra

Liam Curry, 19, and Chloe Rutherford, 17, both from South Shields

Wendy Fawell, 50, from Otley and Jane Tweedle, 51, from Blackpool 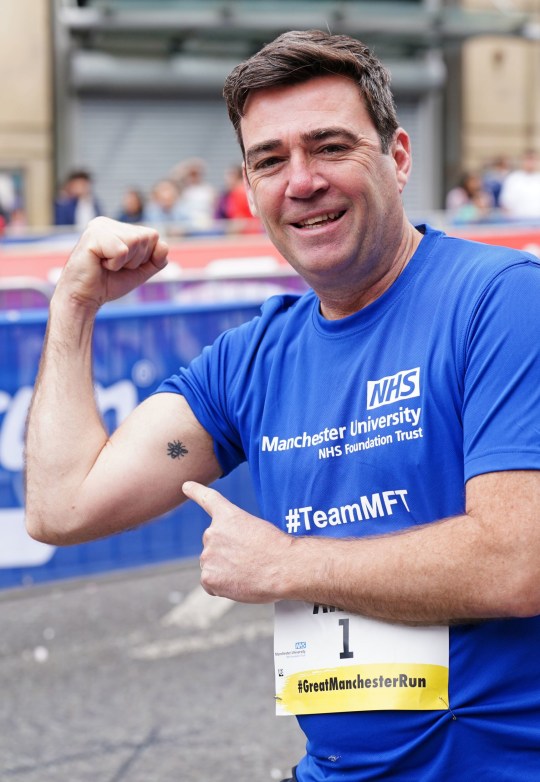 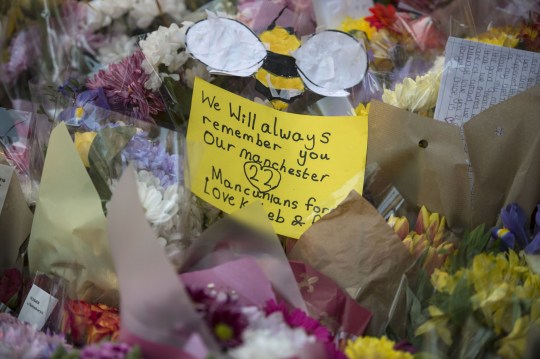 Today is the first time in three years that people in Manchester can mark the anniversary free of Covid restrictions (Picture: Oli Scarff/AFP via Getty Images)

She said: ‘It’s the most incredible city, I’ll always remember the way it came together and took me in as a Mancunian, as one of their own.’

Nell will be remembered ‘in everything that I do’, she added.

Freya said: ’She’s a very unforgettable person, she was just the most wonderful sister to me and someone that will be with me for the rest of my life.’

Julie Edwards, who ran for safety with her daughter Lily, 9, on the night of the attack, and friends and family of Barra teenager Eilidh MacLeod, who was killed aged just 14, also ran today.

Greater Manchester Mayor Mr Burnham joined them with a team of NHS staff to raise money for hospitals in the city.

The Labour mayor said in a tweet: ‘Five years ago, I visited MRI and Wythenshawe Hospital after the Arena bomb and saw the dedicated care NHS staff gave to victims.

‘Five years on, I’m doing the £GreatManchesterRun for @MFT-Charity to show we appreciate everything they did then and since.’

The bomber’s younger brother, Hashem Abedi, was jailed for life in March 2020 and must serve 55 years before parole, for his part in the terror plot.

Prime Minister Boris Johnson said the courage shown by people in Manchester in the days following the attack had ‘touched the world’, as he paid tribute today. 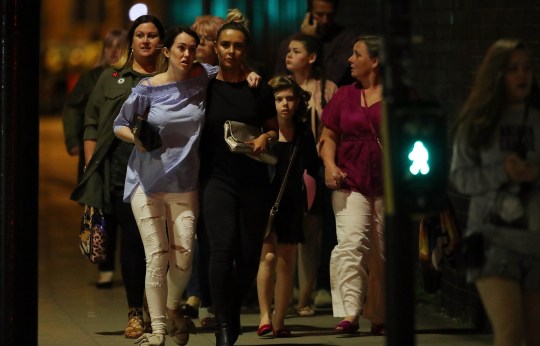 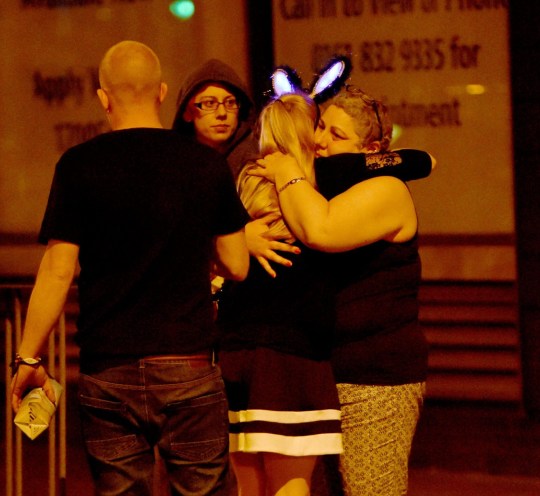 People hug at the scene of the attack in 2017 (Picture: Mcpix/Shutterstock)

He said: ‘Like the country my thoughts are with the victims, families and friends of all those affected by the cowardly attack on Manchester Arena five years ago today.

‘This was an act of terrorism against the freedoms we all hold dear, but as the people of Manchester demonstrated so courageously in the days that followed, hatred will never win.

‘The bravery and defiance shown by Mancunians touched the world and just as we remember all those taken from us, we must remember and celebrate that triumph of love and community.’