The England footballer hit out at a planned story in the Spectator (Picture: AP/PA)

Marcus Rashford has been flooded with messages of support after claiming that The Spectator was set to run a story about him commercially benefitting from his campaigning.

The England star, 23, questioned why footballers ‘can’t just do the right thing’ for charity and defending his off-field partnerships with brands.

Rashford tweeted on Tuesday evening that the political magazine is set to run a story suggesting he has ‘benefited commercially’ from his campaigning.

He has backed a number of child food poverty incentives and became the youngest person to top the Sunday Times Giving List by raising £20 million in donations from supermarkets for groups tackling the issue.

The list said he has given 125% of his wealth to food poverty and community initiatives-dwarfing the other names on the list.

The Manchester United forward has forced a series of Government U-turns over free school meals during the Covid crisis.

He tweeted a thread saying: ‘Just heard @spectator are planning to run a story on me tomorrow about how I have benefitted commercially in the last 18 months. 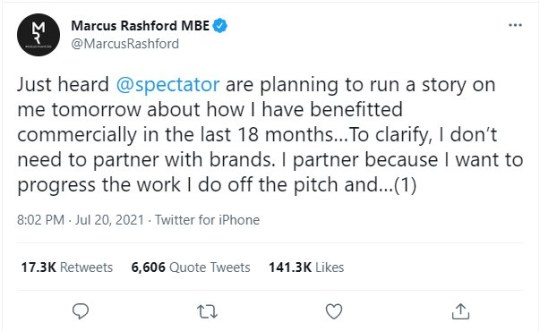 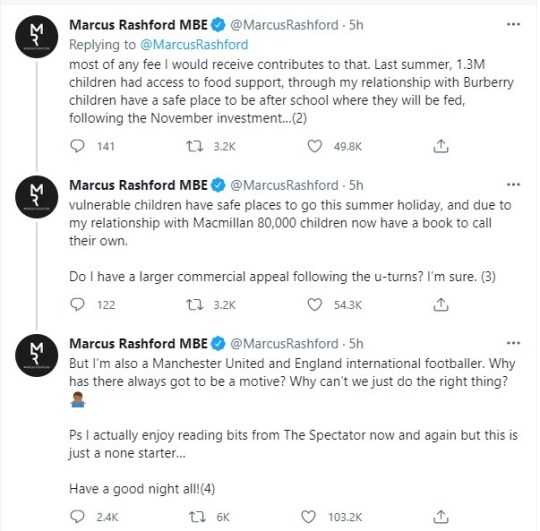 The thread in full on Tuesday night 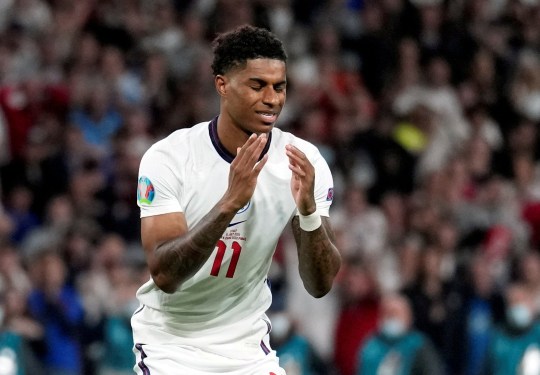 The England forward missed a penalty in a shoot out with Italy at the Euro 2020 final (Picture: Reuters)

‘To clarify, I don’t need to partner with brands. I partner because I want to progress the work I do off the pitch and most of any fee I would receive contributes to that.

He continued: ‘Do I have a larger commercial appeal following the u-turns? I’m sure. But I’m also a Manchester United and England international footballer. Why has there always got to be a motive? Why can’t we just do the right thing?

‘I actually enjoy reading bits from The Spectator now and again but this is just a none starter.’

His tweets were met with widespread support online, with many hitting out at The Spectator, and questioning the Conservative-supporting magazine’s record on racism.

The magazine is yet to publish a story. 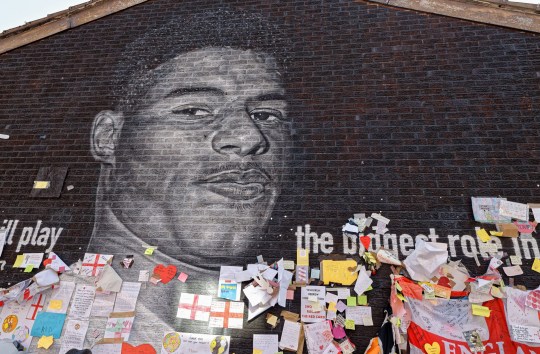 A mural to the England footballer was swamped with messages of support after it was defaced (Picture: REX) 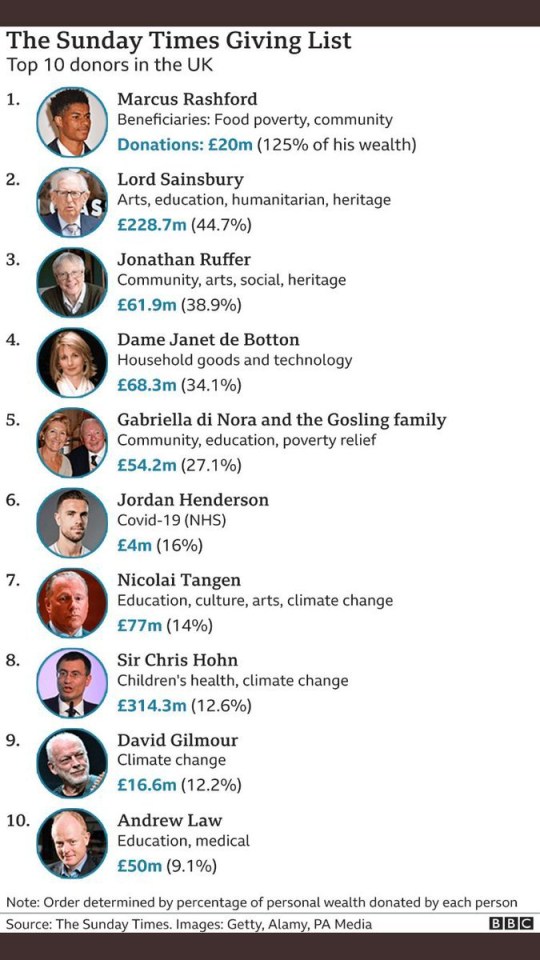 Rashford is top of a prestigious Giving List (Picture: The Sunday Times)

It comes after Rashford faced racial abuse along with Jaydon Sancho and Bukayo Saka, who all missed penalties for England in the Euro 2020 final against Italy.

A mural to Rashford was defaced but then swamped with messages of support for the popular footballer.

His partnership with Burberry partnership saw the fashion company make a number of donations to youth charities and youth clubs, including London Youth and Norbrook Youth Club in Manchester, which Rashford attended as a child.

Before that he launched a petition urging the Government to extend free school meals through the half-term and Christmas holidays, eventually pressuring ministers into providing £170 million of extra funding.

Rashford, who received free school meals himself, was made an MBE in the delayed 2020 Queen’s Birthday Honours List.

Honestly Marcus, Greater Manchester could not love you more. You donât have to justify yourself to anyone here, whatever they write about you. We just have one ask: please keep being who you are and doing what you do. âð» https://t.co/DK0keG5ZM2

‘They’re not fit to lick his boots.’

His colleague in Westminster, the MP Jess Phillips added: ‘The backlash always comes. Marcus Rashford has done nothing wrong but he doesn’t have to be perfect to do good regardless.

‘This kind of attack always comes for people trying to make change and be kind, it’s to try and put others off doing it.’