A FURIOUS McDonald’s customer allegedly caught her Just Eat delivery driver scoffing her food after he cancelled the order.

After catching the cheeky driver chowing down on her chips outside her house in Kentish Town, London, she snapped a video. 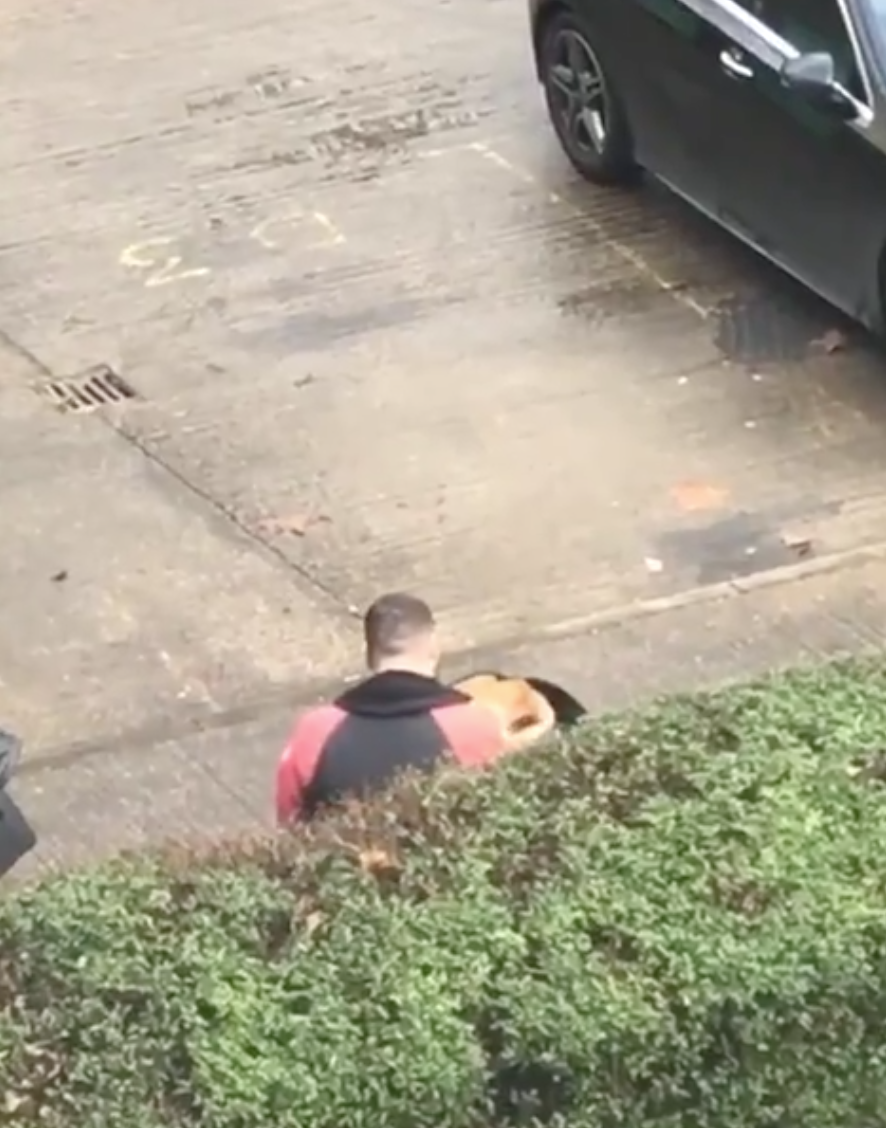 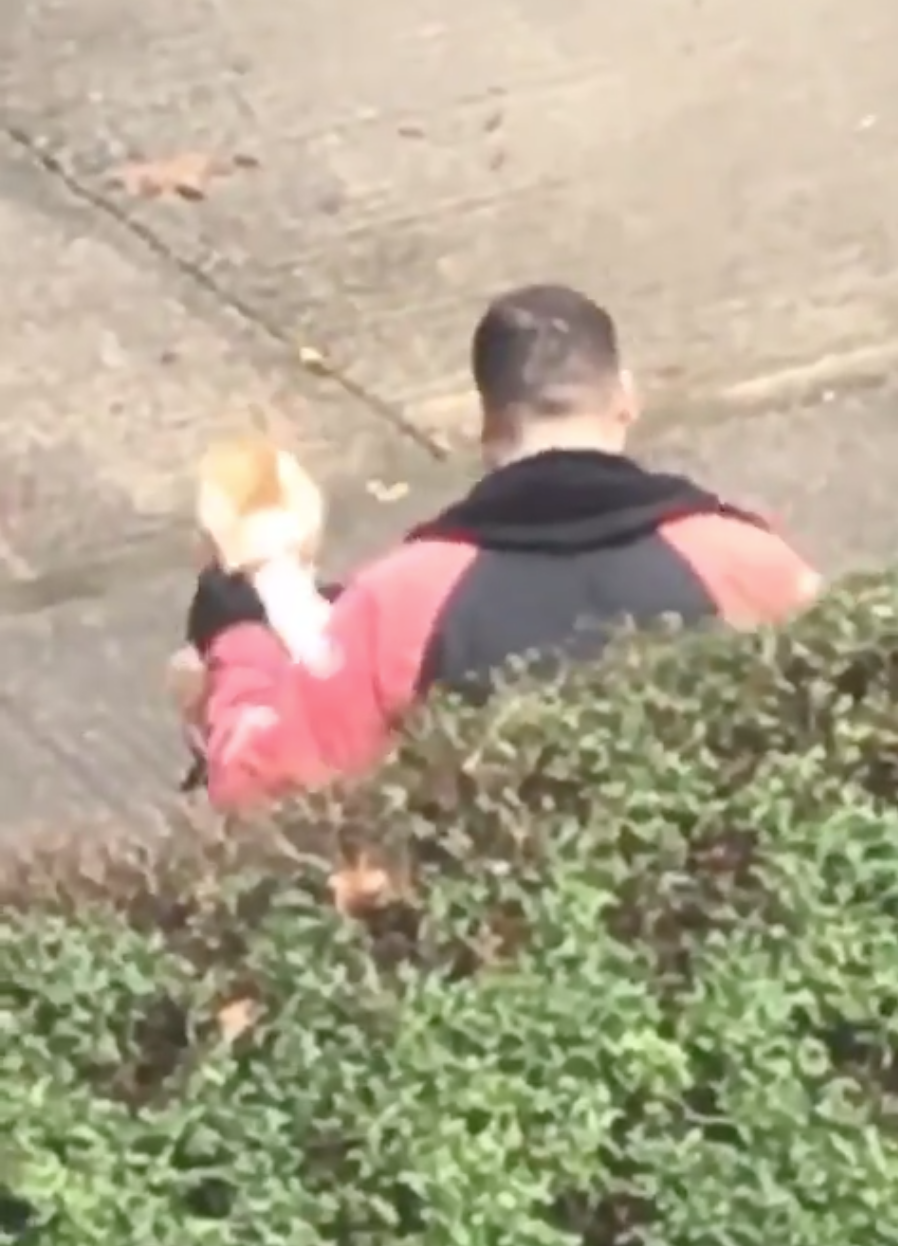 The brother of the customer said the order was cancelled, but they then spotted the driver

Her brother, who was equally as baffled by the Just Eat staff member’s brazen attitude, shared the clip on Twitter.

Known only as CJ, the user wrote: “Yo Just Eat my sister ordered McDonalds on your site yesterday from Kentish Town McDonalds.

“The driver cancelled the order, sat outside her house and ate the food?”

One person commented on the video: “Pretty sure this happened to me too! Told I have to wait 48 hours.”

This comes as three pals have been fined £200 each for travelling from 100 miles apart to meet for “exercise” – at McDonald’s.

Police spotted the smashed up Mercedes in the drive-thru in Chesterfield, Derbyshire – and after speaking to the three men inside, cops realised they were all from different parts of the country. 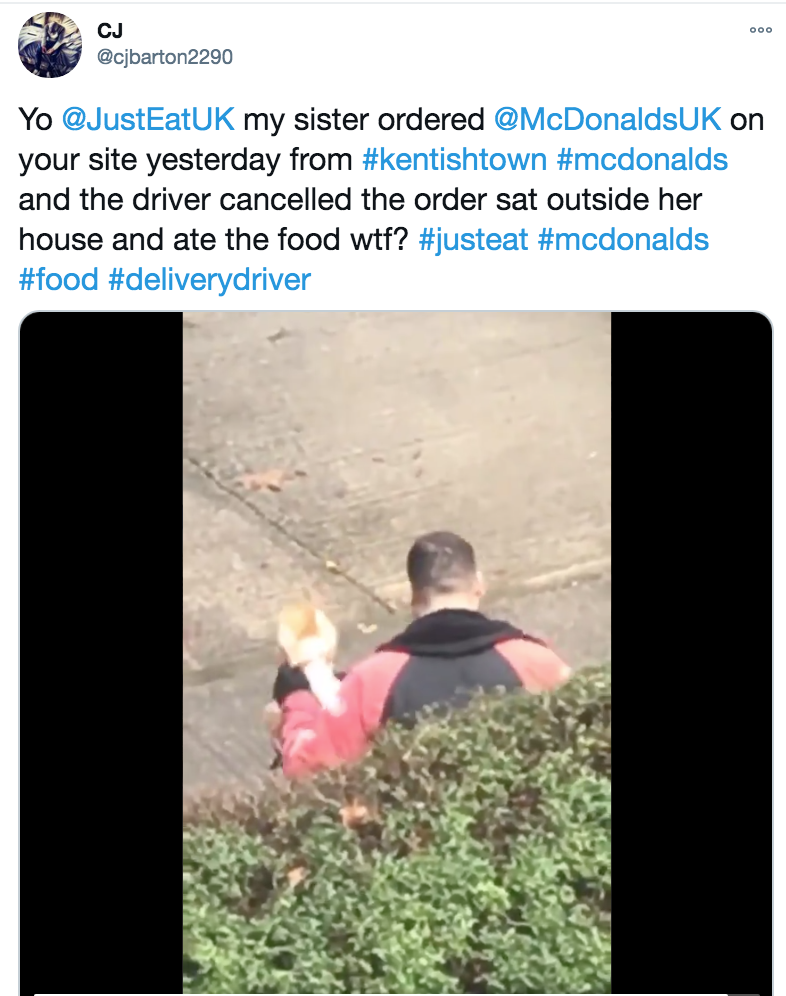 Officers from Derbyshire Constabulary fined the three men in the car – which had a smashed front windscreen and no wipers – for their non-essential journey.

One of the men lived in Lancashire, and two came from Leicestershire to meet up in Derbyshire.

And on top of the £200 Covid fine – the men were stripped of their vehicle because the condition of the car was too bad to be on the roads.

This meant that the three blokes had to find their own ways home.

In a tweet, Derbyshire Roads Policing Unit joked the men had decided to drive to McDonald’s for exercise.

“Two from Leicestershire and one from Lancashire. Smashed front screen and no wipers.

The Sun has contacted McDonald’s and Just Eat for comment. 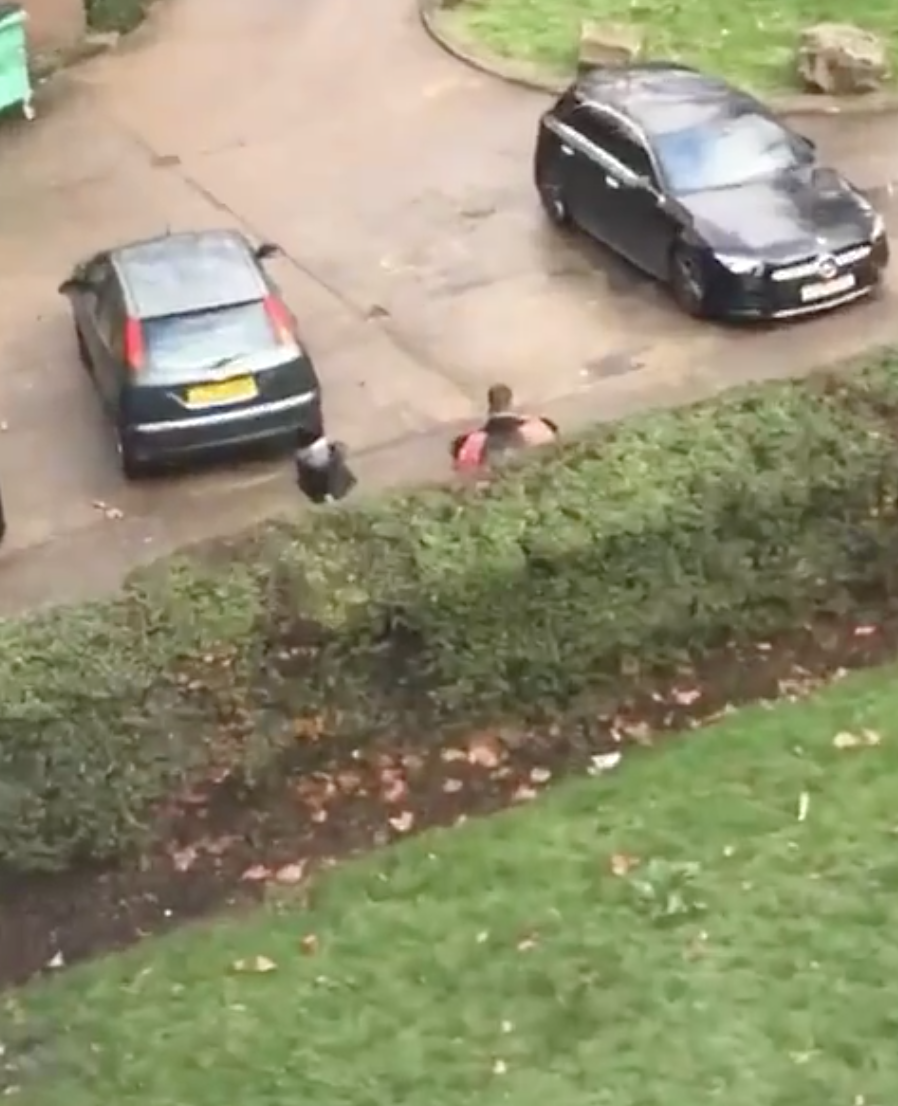 He was spotted chowing down in the car park