The House of Lords could be forced to move to the North, Midlands, South West, Scotland or Wales (Pictures: PA/Getty)

Michael Gove has told the House of Lords ‘they should sit outside London’ while Westminster Palace is being refurbished, it has been reported.

The cabinet minister said peers can’t use the Queen Elizabeth II Centre around the corner while works on the Victorian building take place, a leaked letter reveals.

MPs and peers have long known the multi-billion pound project is needed but the debate over how the work should be carried out is still raging.

Under Mr Gove’s plan, the Lords might be forced to relocate to Stoke-on-Trent, which is 170-mile drive from the capital.

His letter to Lord McFall of Alcluith, the house’s Speaker, suggested he would also back other locations like Burnley or Sunderland, the Sunday Times reports.

As the minister responsible for delivering Boris Johnson’s flagship agenda, he said he ‘cannot endorse’ a plan for peers to ‘decamp to a temporary home a mere 200 yards from the Palace of Westminster’.

Mr Gove is reported to have written: ‘As the minister responsible for levelling up, it is clear to me that the House of Lords moving elsewhere, even for a temporary period, would be widely welcomed. 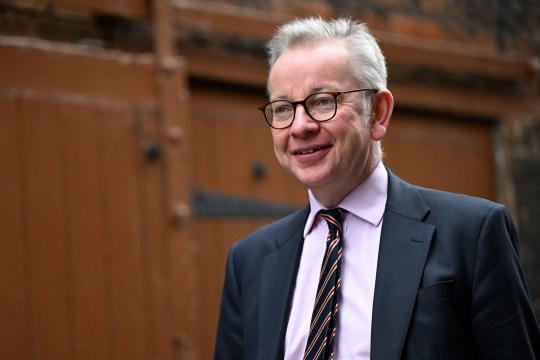 Under Mr Gove’s plan, the Lords might have to relocate to Stoke-on-Trent (Picture: PA) 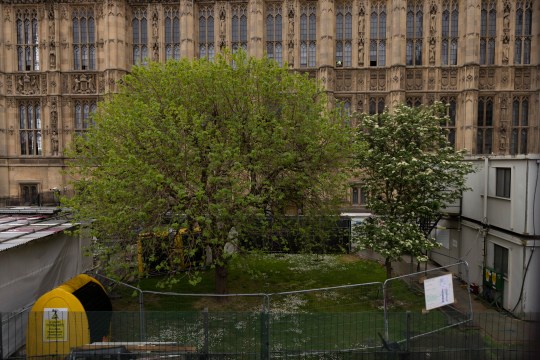 It has been reported that parliamentary authorities have had to warn MPs about the risk of ‘falling masonry’ outside the House of Commons (Picture: Getty)

‘I have carefully reviewed the proposed arrangements and… I will not support the use of the QEII Centre as an alternative location.

‘I propose to establish dedicated liaison points for you in my department to support you in identifying a suitable location for the House of Lords in the North, Midlands, South West, Scotland or Wales.

‘I would, of course, be happy to meet you to discuss this.’

His comments could further delay the restoration of the palace’s 1,100 rooms and three miles of passageways, and cause tension with the Lords.

Earlier this year, a report showed that without finding a new home for MPs, the works could take up to 76 years, with taxpayers having to fork out £22billion while millions struggle with the cost of the living crisis.

The cheapest plan involved a full decant of Westminster, for between 12 and 20 years, with the work costing in the region of £7 billion to £13 billion.

A House of Lords spokesperson said: ‘The Lord Speaker has just received this letter from the Secretary of State. We will respond to it in due course.

‘In March the House of Lords and House of Commons Commissions reaffirmed their united commitment to preserve the Palace of Westminster for future generations.

‘Both Commissions will meet in June to consider future arrangements for the restoration and renewal programme and proposals will then be put to both Houses of Parliament. This process will set the way ahead.

‘Any decision about whether and where to relocate the House of Lords, whether on a permanent or temporary basis, is ultimately a matter for the House itself.’

The Department for Levelling Up, Housing and Communities declined to comment.