A child psychiatrist was unable to sleep well ‘for a few weeks’ after seeing the self-harm material viewed on social media by Molly Russell before she died, an inquest has heard.

Dr Navin Venugopal said the ‘very disturbing, distressing’ content she engaged with would ‘certainly affect her and made her feel more hopeless’ as he gave evidence at North London Coroner’s Court.

The inquest was paused on Tuesday when the lawyer for Molly’s family told the court a ‘rather unpleasant’ Instagram account had been set up using an image of the teenager as its profile picture.

In a short statement, a spokesman for Meta said: ‘This account has been removed from Instagram for violating our policies.’

Molly, from Harrow in north-west London, ended her life in November 2017, prompting her family to campaign for better internet safety.

The inquest heard the 14-year-old had written a note before she died, which Dr Venugopal described as ‘very sad to look at’.

Under questioning from Coroner Andrew Walker, the witness agreed it was important to recognise ‘children are not adults’, and that adult matters should not be accessible to children.

Dr Venugopal told the inquest he saw no ‘positive benefit’ to the material viewed by the teenager before she died. 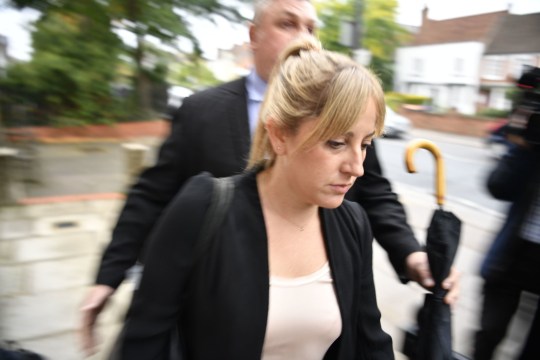 Asking the witness about what effect the material would have had on Molly, the coroner said: ‘This material seems to romanticise, glamorise, and take the subject of self-harm – take it away from reality and make it seem almost unreal, take away from these terrible acts any kind of consequence.

Dr Venugopal replied: ‘I suppose I will start off, I will talk about the effect the material had on my state of mind.

‘I had to see it over a short period of time and it was very disturbing, distressing.

‘It would certainly affect her and made her feel more hopeless.’

The coroner continued: ‘Can you see any positive benefit for that material being looked at?’ Dr Venugopal replied: ‘No, I do not.’

Mr Sanders then took the witness through a number of videos viewed by Molly on Instagram, followed by a note written by the teenager on her phone two days after watching one clip which used ‘identical language’.

Dr Venugopal told the court: ‘If they are of that mindset and are seeing these sorts of things, it could have an impact.’

The witness was taken through his reports in which he concluded the content Molly viewed had ‘exacerbated her sense of helplessness’.

In his statement, Dr Venugopal said: ‘I think that the harm suffered was certainly more significant than minimal or trivial, although it is difficult to be more specific.

‘This content led Molly to conclude from the material she viewed that she was unlikely to recover from her depression and that her future was bleak and hopeless.

‘This is likely to have exacerbated her sense of helplessness and made her less likely to seek help and support from family or friends.’

Dr Venugopal added: ‘I am of the opinion that it is likely that Ms Russell was placed at risk through accessing self-harm material on social media websites and using the internet.

‘There was a risk to Ms Russell’s health and mental state by looking at self-harm related content.’

The head of health and wellbeing at Instagram’s parent company Meta and the head of community operations at Pinterest have both apologised at the inquest for content Molly viewed.

Meta executive Elizabeth Lagone said she believed posts which the Russell family argued ‘encouraged’ suicide were safe when the teenager viewed them.

Pinterest’s Judson Hoffman told the inquest the site was ‘not safe’ when Molly used it.