DAREDEVIL idiots seen backflipping off Tower Bridge plunged 30ft into the water as they risked their lives for an Instagram stunt.

The group of thrill seekers flipped several times in the air before smacking into the River Thames below. 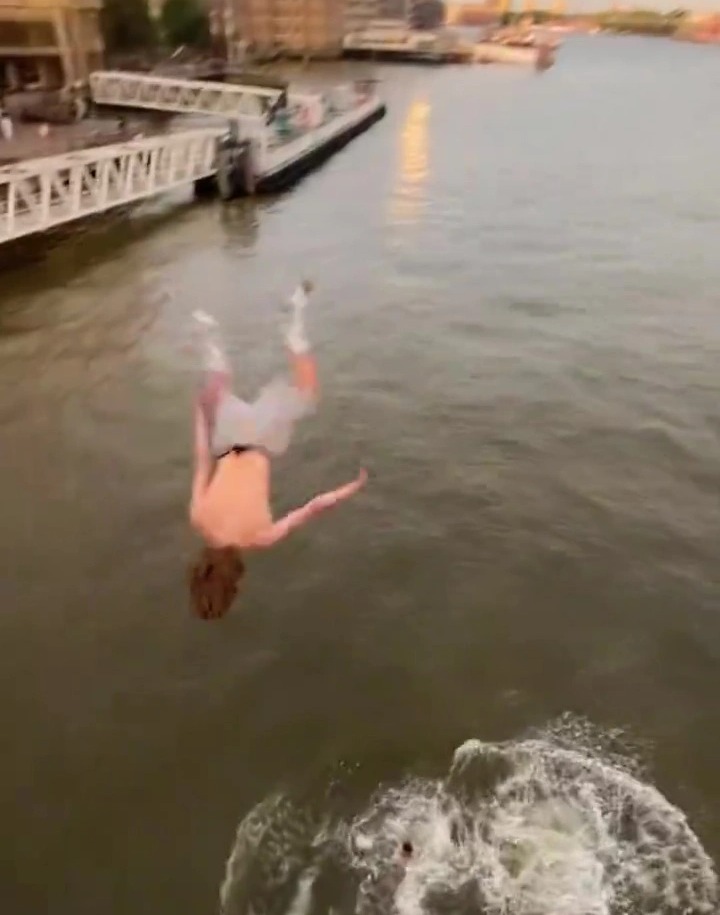 The foolish lads risked their lives for the Instagram stunt 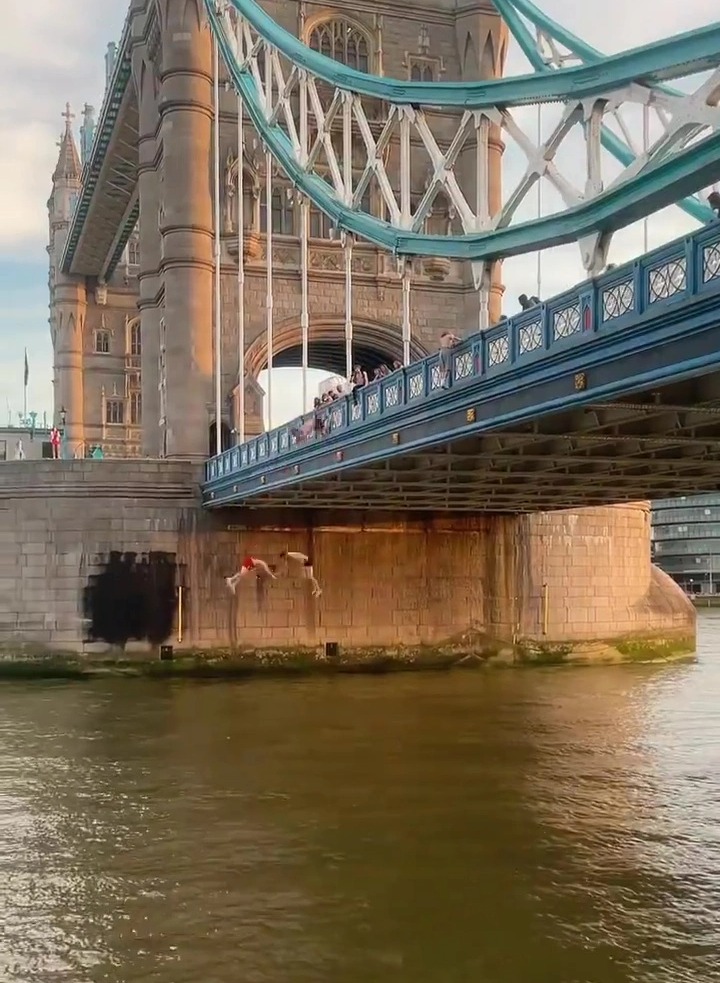 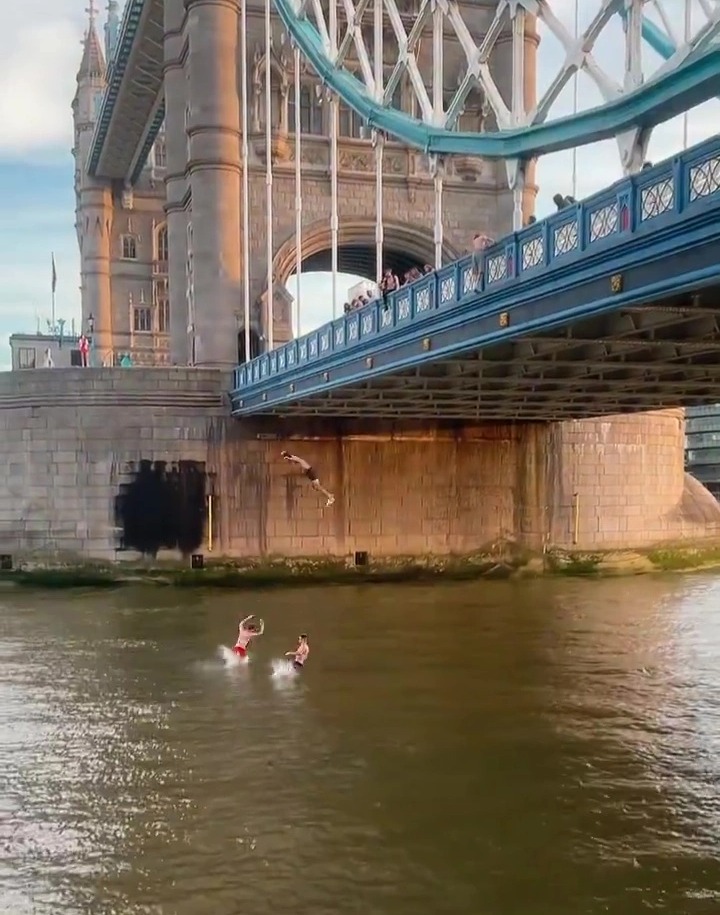 The reckless stunt appeared on Instagram and has been viewed over 10,000 times.

Adam Szaniawski, 18, is a self-proclaimed urban explorer, who in 2021 bragged of an illegal three-day trip exploring the Chernobyl exclusion zone.

On jumping from the iconic bridge, he said: “We were all buzzing off each other’s hyped-up energy that it almost felt natural.

“The current was strong and it was a difficult swim to try and get out. 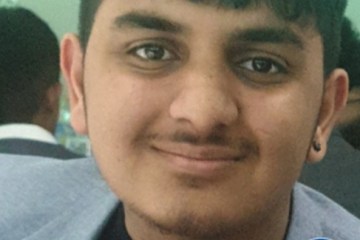 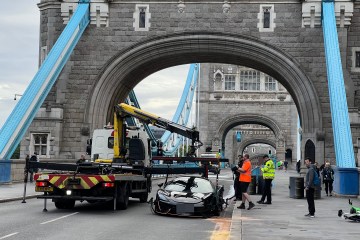 “We thought about the dangers and I’m not encouraging people to do this.

“It took a lot of mental preparation and training beforehand. All of us had flipped off similar heights before.

“I started bridge jumping with my friends in London in 2019.”

He says the group were aware of the risks if it went wrong and claims to have taken them into consideration while planning the chaotic stunt.

His group said they jumped at high tide when there was a weak current and no ships to collide with.

He said: “In my eyes it’s done now and it’s in the past so there’s no point thinking of what ‘could have’ happened.”

Adam, who is a freelance photographer with over 3,000 Instagram followers, added: “If there’s any lessons that doing this has taught me, it’s that there’s no point overthinking in life.

“Embrace leaving your comfort zone with excitement rather than living in fear of what may happen.”

Some social media users who commented on the footage were quick to call out the foolish lads for swimming in the murky river water.

One person wrote: “RIP. Probs like 50 diseases in that river.”

Another said: “I hope you fellas didn’t swallow any microplastics”.

Entering the river is widely discouraged as the water can carry a risk of gastrointestinal illness.

The Environment Agency has also previously advised against jumping into the water as the depth may vary and there can be unseen hazards.

The Met Police and a Tower Bridge spokesperson have been approached for comment. 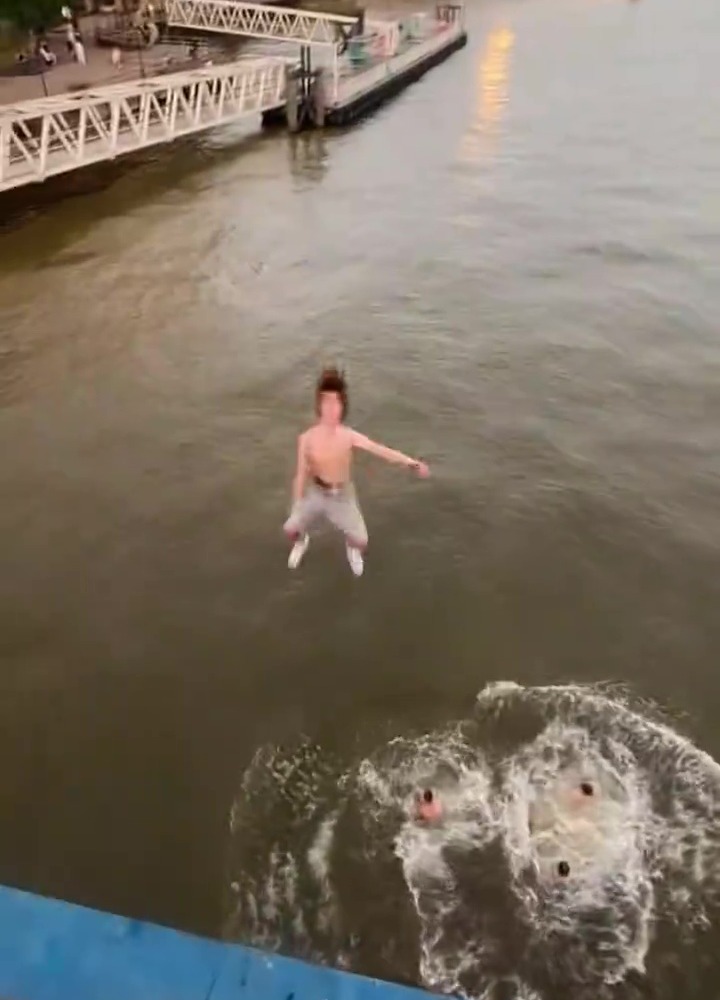 Swimming in the river is widely discouraged as the water can carry a risk of gastrointestinal illnessCredit: Not known, clear with picture desk 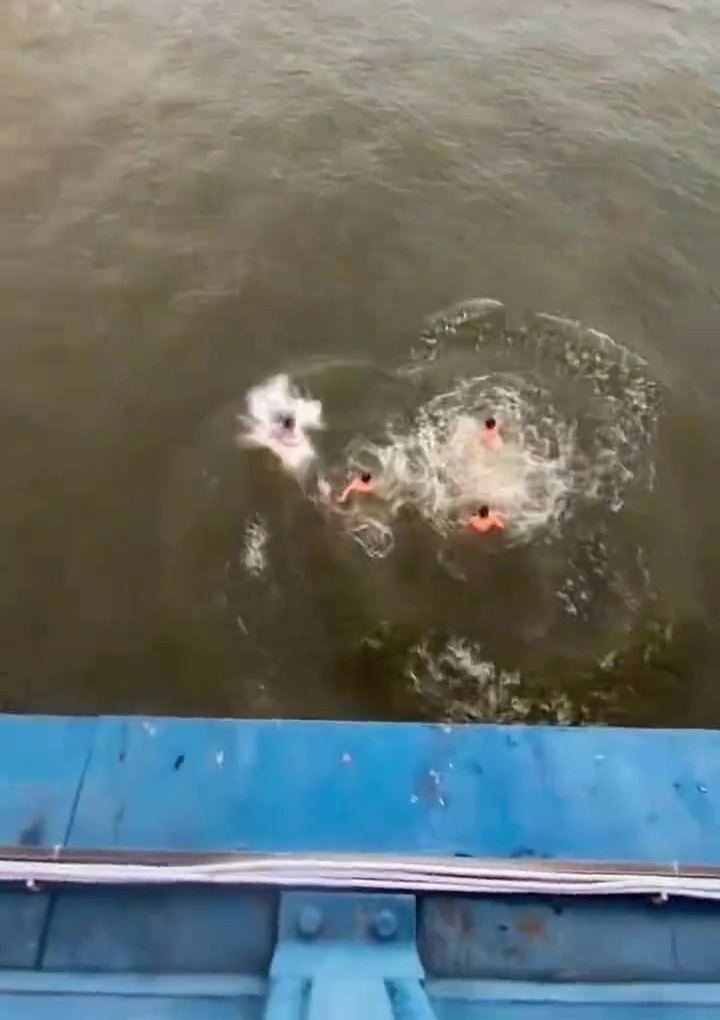 The Met Police has been approached for commentCredit: Not known, clear with picture desk