A £10,000 nativity scene was destroyed when it was fire-bombed by yobs.

The lovingly crafted wooden figures were installed in a village bus shelter for families to enjoy over Christmas. 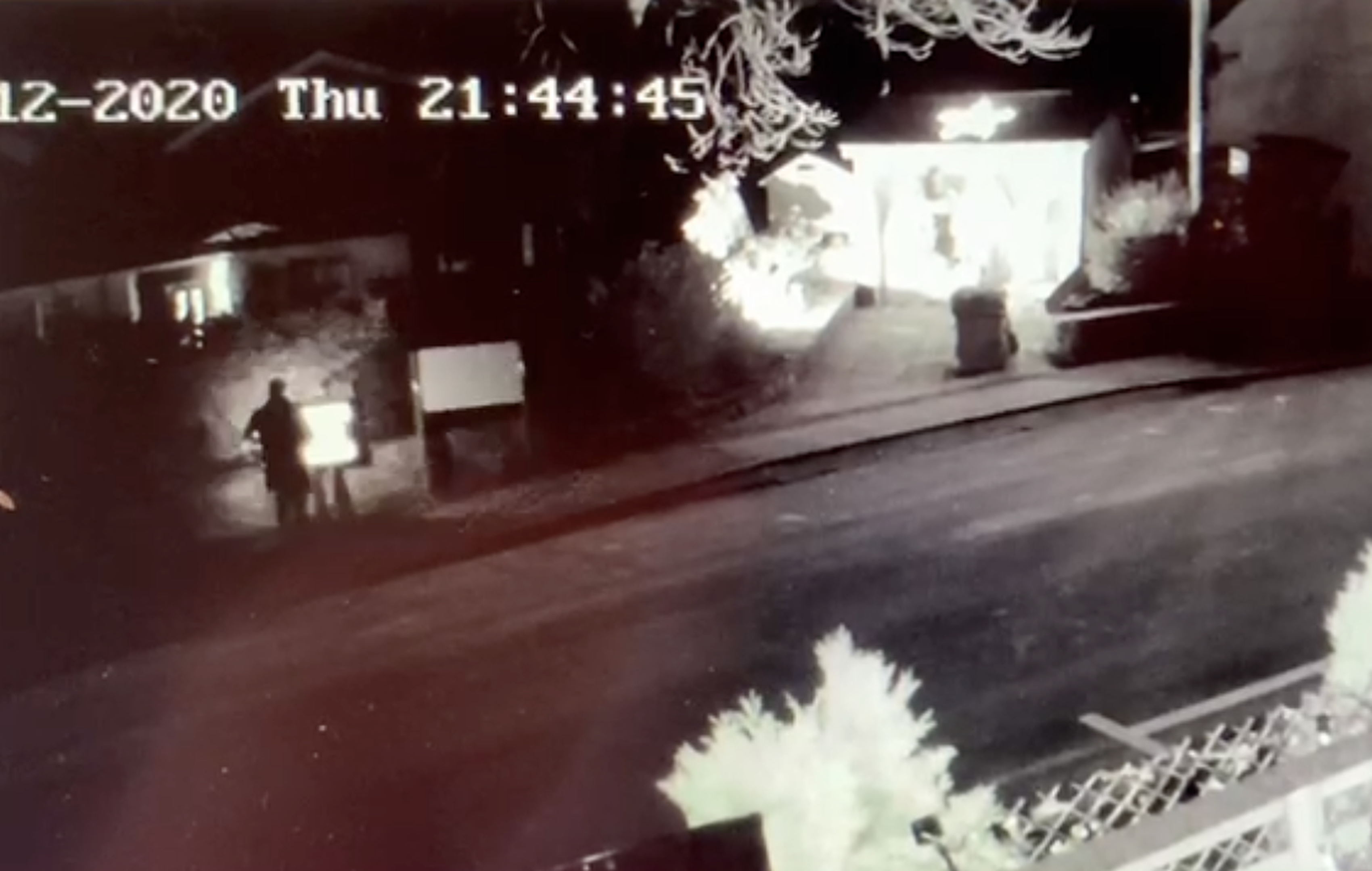 A figure is captured approaching the £10,000 nativity scene in the 1,000-population village of Raglan, MonmouthshireCredit: Wales News Service 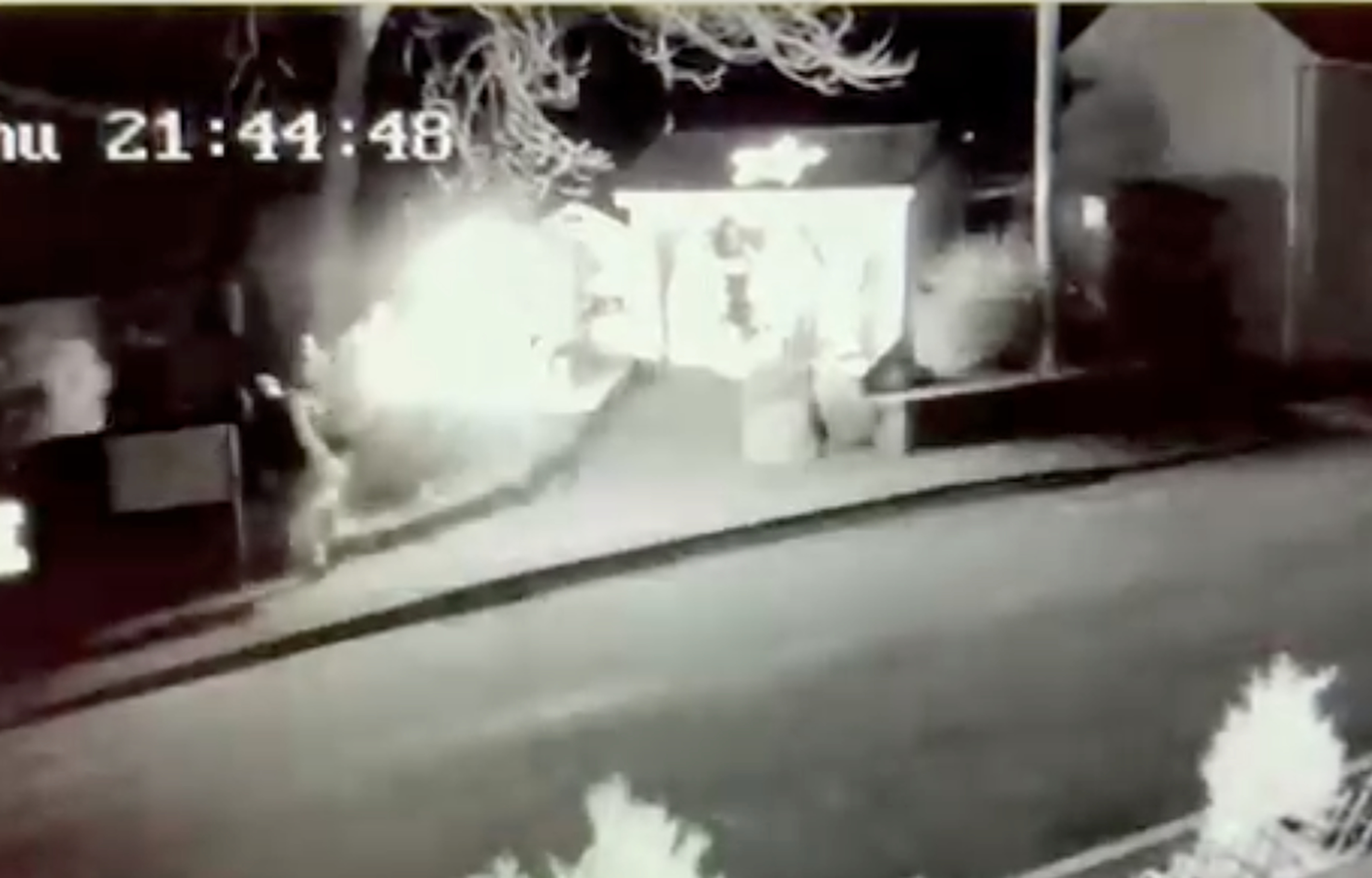 The yob appears to hurl a petrol bomb at the makeshift stable on Christmas EveCredit: Wales News Service 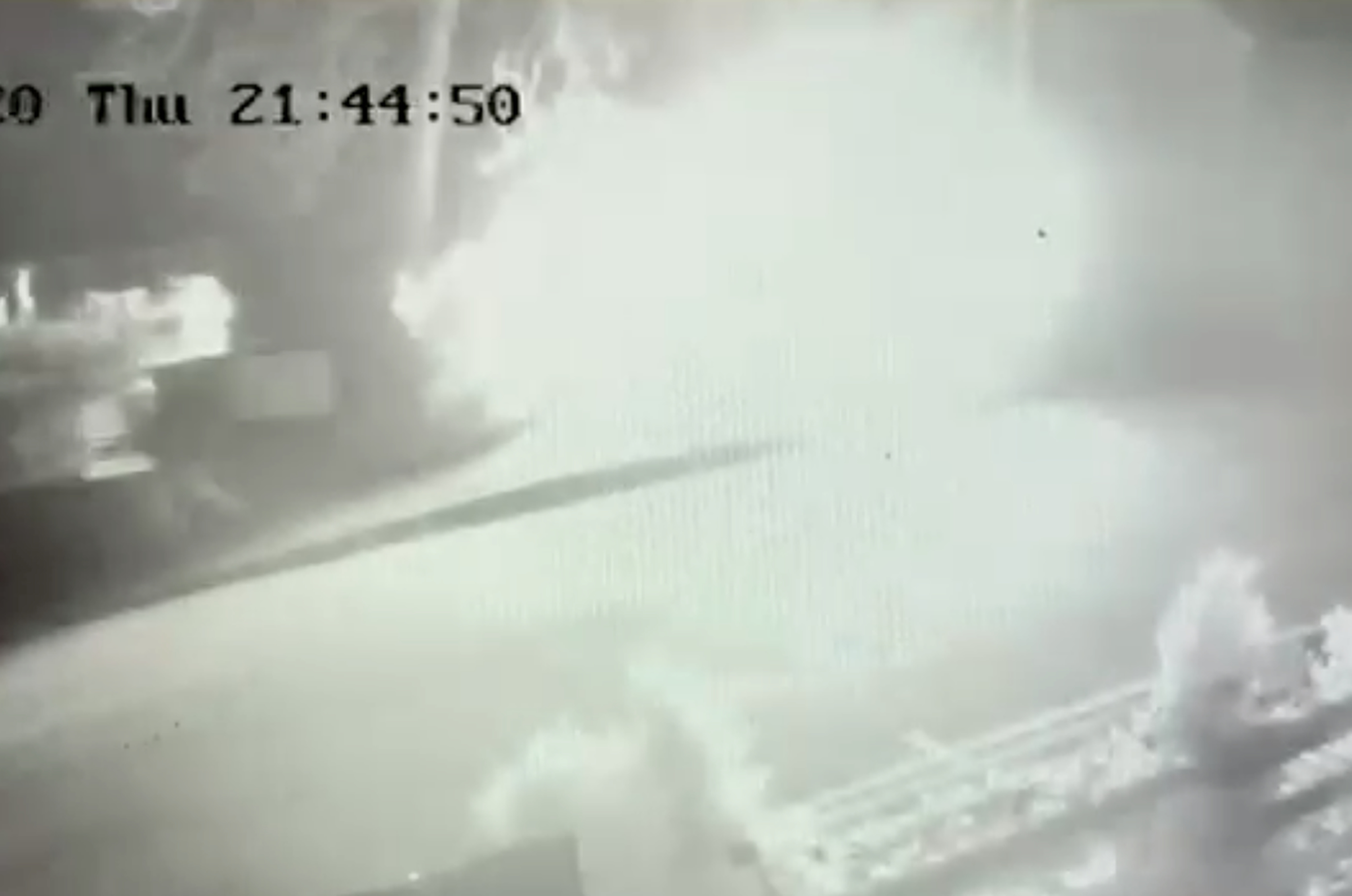 The nativity scene explodes into fireball as the attack is caught on CCTVCredit: Wales News Service

But vandals hurled a petrol bomb at the makeshift stable on Christmas Eve.

Smoke was spotted billowing from the scene as the blaze ripped through the display.

The blaze destroyed figures of Mary, Joseph, Jesus and a shepherd — leaving only the three wise men standing.

CCTV footage captured the moment the vandals launched a petrol bomb at the shelter in the 1,000-population village of Raglan, Monmouthshire – covering the scene in yellow flames. 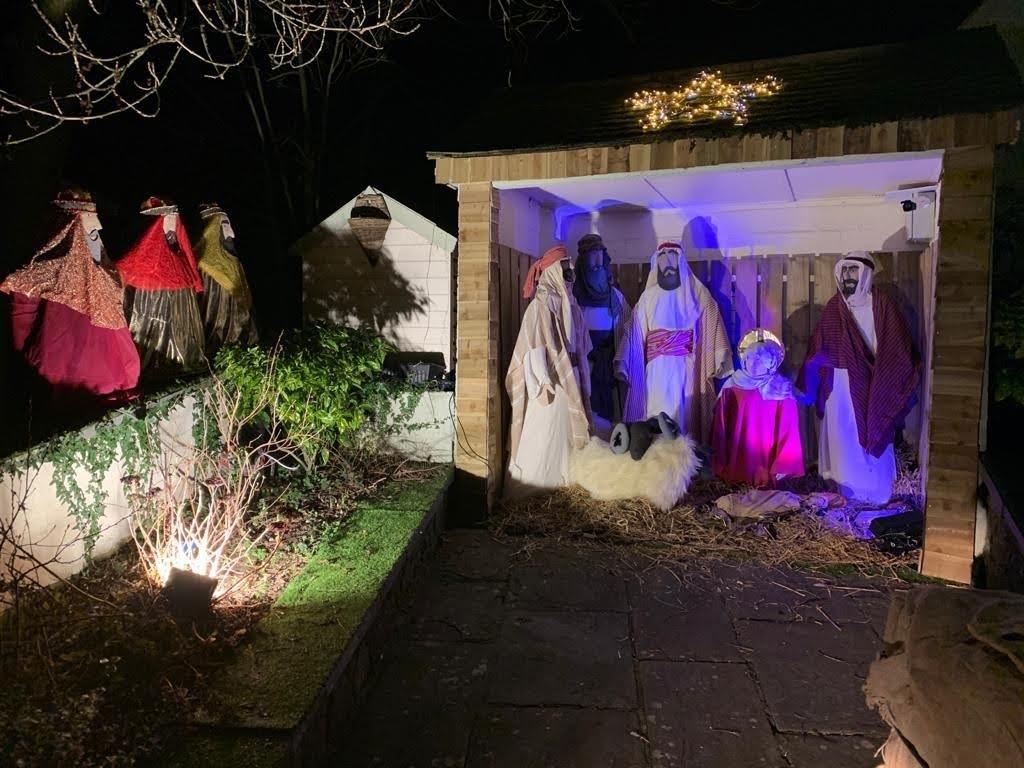 The lovingly crafted wooden figures were installed in a village bus shelter for families to enjoy over ChristmasCredit: Wales News Service 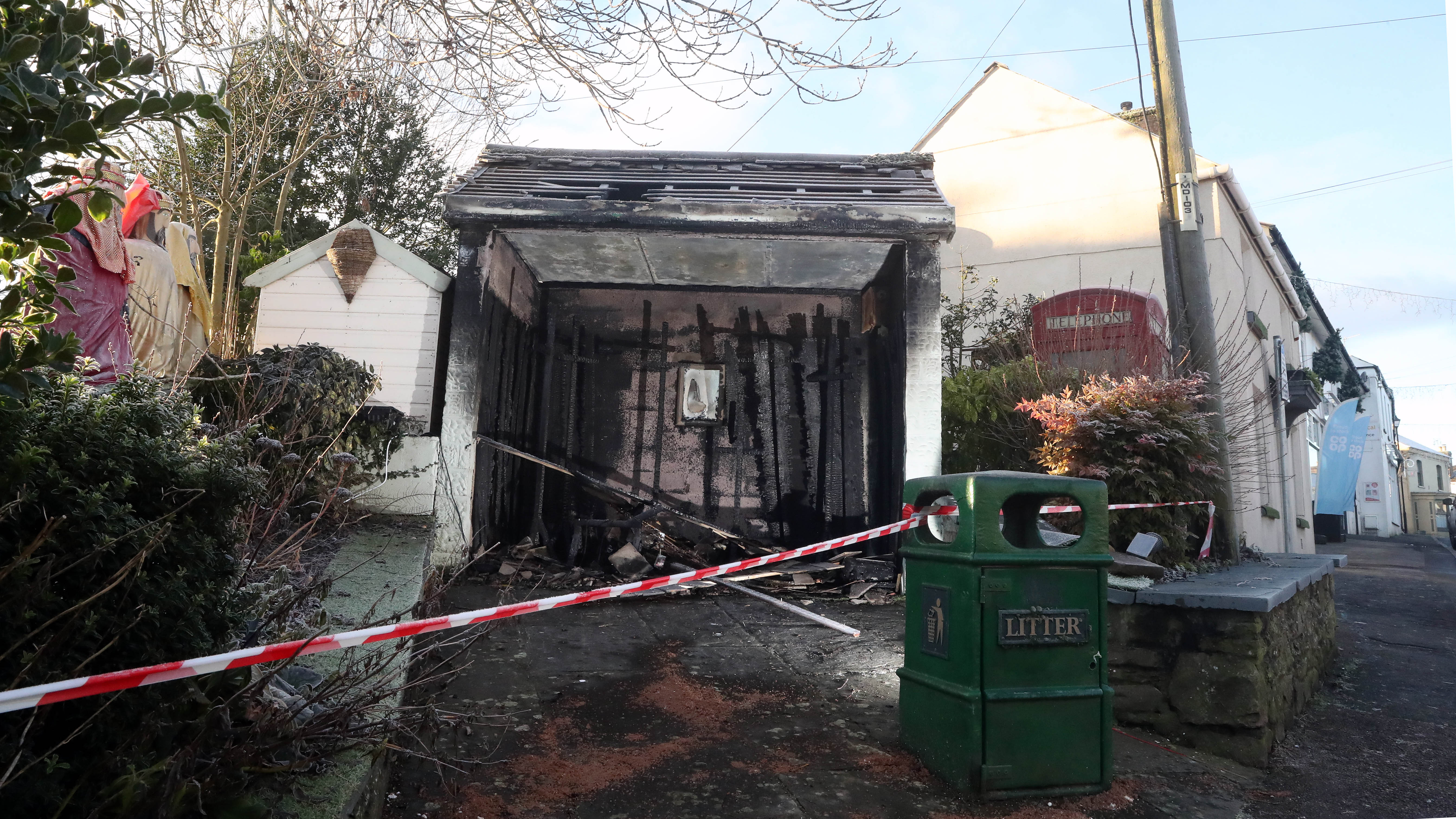 Villagers appealed for witnesses and a £2,500 reward has been offered.

A spokeswoman for Gwent Police said: “Officers are investigating a report of criminal damage to a nativity scene on the High Street, in Raglan on Christmas Eve.

“It has been reported that fire damage was caused to the set at approximately 9.45pm on the evening of Thursday 24th December 2020.”

The attack follows similar events at an nativity scene at All Saints Church in Ipswich which has been targeted multiple times with Jesus, Mary and Joseph all suffering at the hands of local vandals. 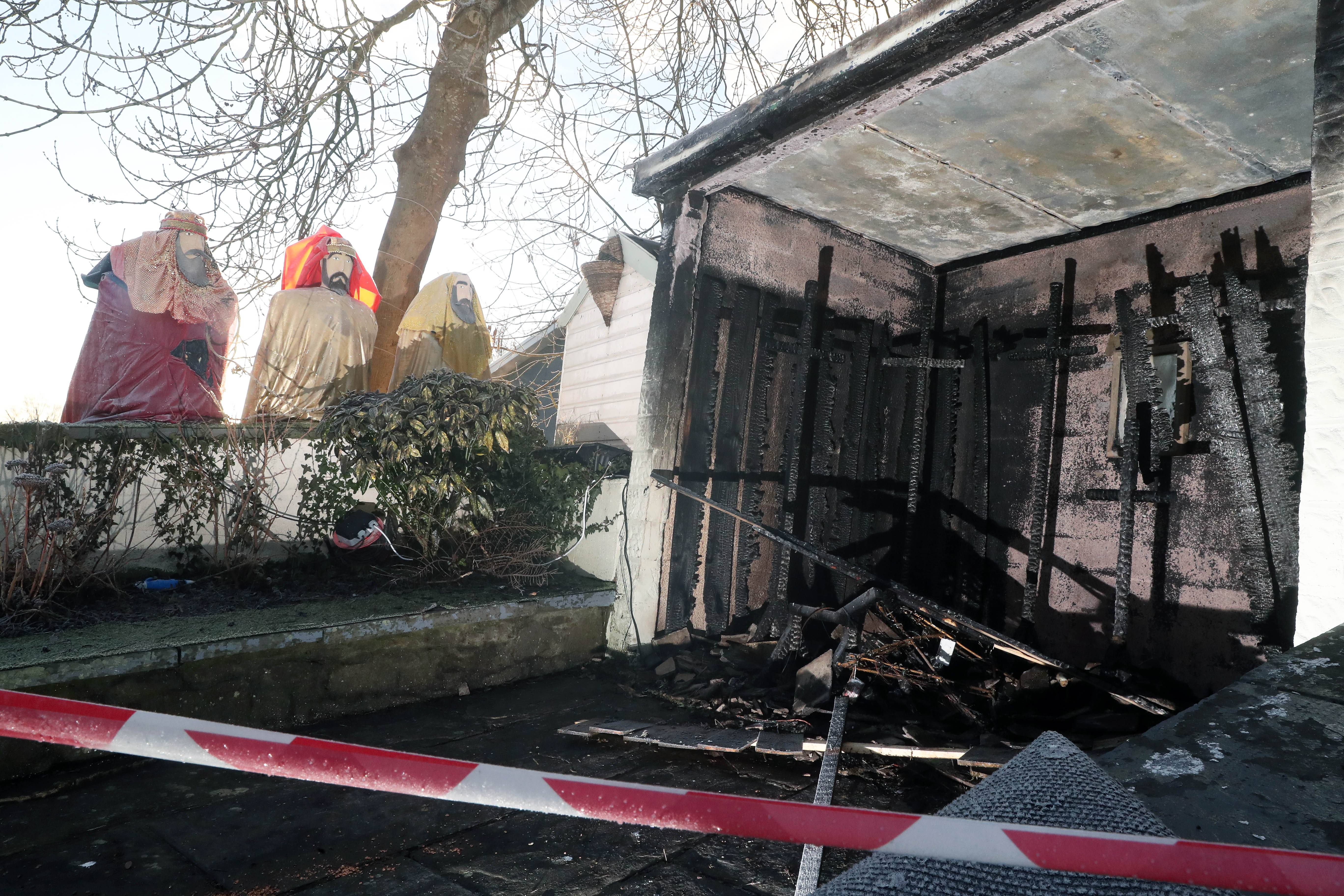 Villagers appealed for witnesses and a £2,500 reward has been offeredCredit: Wales News Service