A “BLOODBATH” street battle saw a man attacked with a sledgehammer and another mowed down by a speeding car. 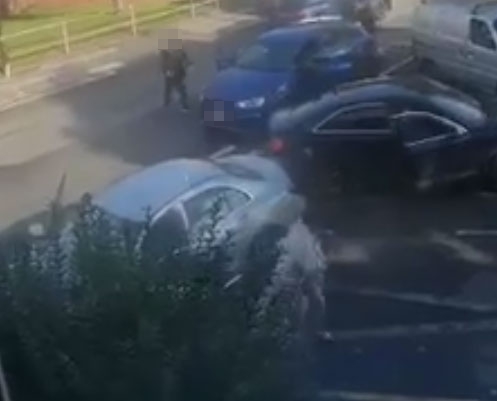 A shaven-haired man is flung in the air after a Mercedes E-Class ploughs into him at high speed in Cheetham Hill, Manchester around 1pm yesterday.

Moments before, he is seen directing an accomplice armed with a sledgehammer to attack an Audi A3.

The video captures the stand-off while it unfolds as the shaven-haired man and a pal row with another group.

Several cars are parked in the middle of the road as the men square up on a residential road.

One man is heard warning they are going to get “teamed up” as the men hurl insults and goad each other.

As the pair walk back towards an Audi RS3 the shaven-haired man is heard saying “give me the bat.”

A blue Audi Q3, whose occupants clearly know the two men, then pulls up and the shaven-haired man shouts: “More people here from you now.

“Everybody wants to kick off.”

A hammer-wielding thug in shorts then races from the AudiA3 towards a dark-coloured vehicle as the shaven-haired man tells him: “Get this car”.

The hammer holder smashes his weapon against the Audi A3 before the driver tries to flee and chaos descends.

The silver Mercedes is then heard revving up and accelerating into the shaven-heard man before he has time to move.

He is seen being hurled into the air before the Mercedes crashes into a parked blue car and a woman starts screaming.

Unbelievably, the shaven-haired man appears to pick himself up before running towards another Audi S3 and driving away.

A man is seen running from the driver’s door of the silver Mercedes while a woman flees from the passenger side.

But as he attempts to escape, he is smashed to the floor by a masked-up thug who strikes him across the face with a baseball bat.

He then hits him again across the back as the sickening brawl spreads across the road.

Several cars then speed off as a group of men are seen calling for someone to be fetched.

A witness told Sun Online: “I was told it was over a dispute between two rival gangs.

“We heard all this commotion. It just escalated. Threats were being made then the other car turned up and it just turned into a bit of a bloodbath.

“There were baseball bats and all sorts. It went from a raised voice to physical violence really quick.

“We just saw them get out of the car and then the other lads. I couldn’t belieeve it when the guy got run down.

“I’ve never seen anything like it before. The bloke with the sledgehammer started smashing the Audi.

“I was in shock. The guy who got run over got up. He only had a cut hand. I don’t know how he got up I thought he was severely injured.” 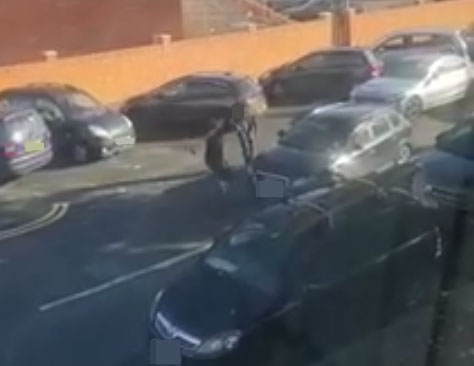 A sledgehammer-wielding thug is seen attacking a car 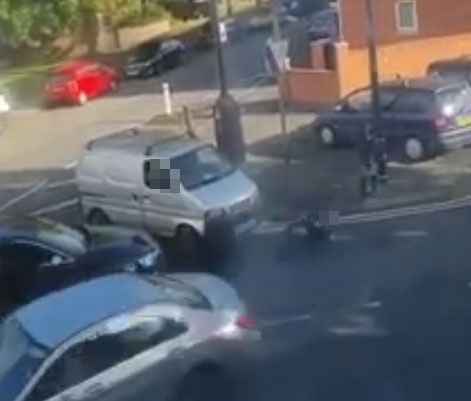 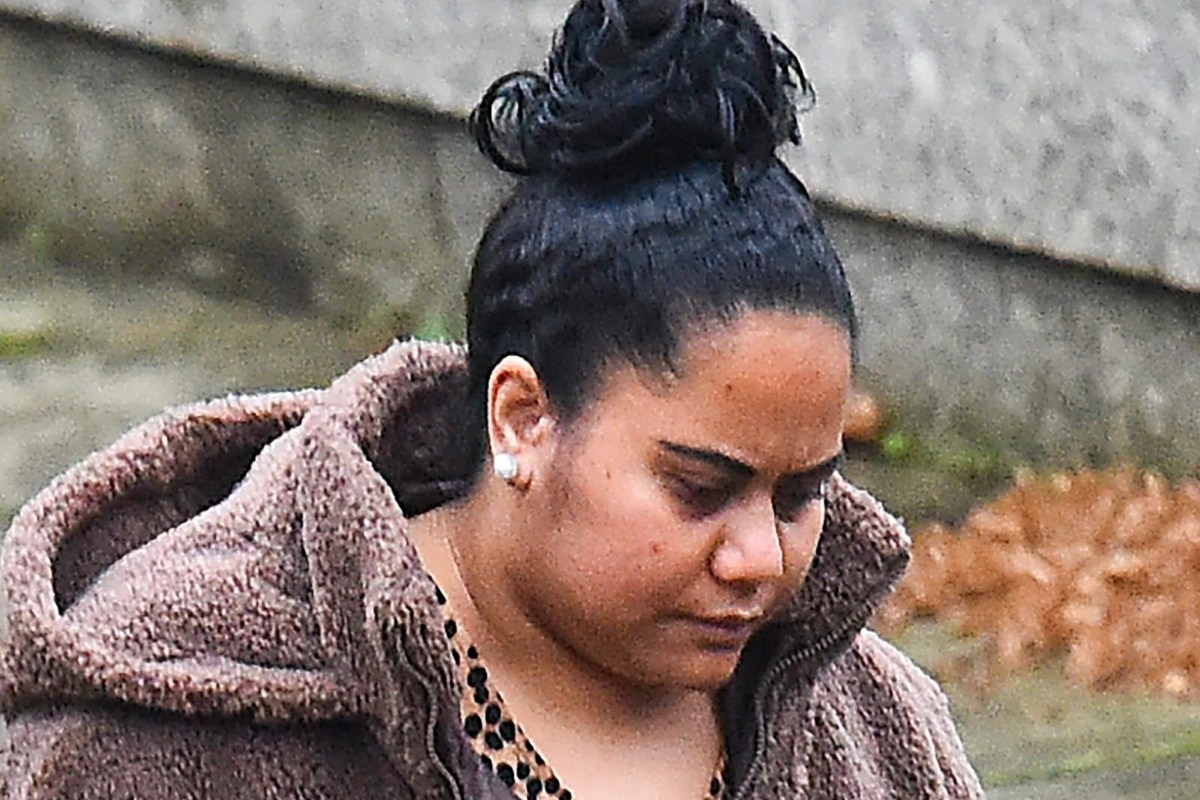