BABY Aneirin Jones’s life is on the line — but it will all come out in the wash.

Mum Fiona, 35, has been photographing him in themed scenes to document his first year since birth, even dressing him as Baby Yoda. 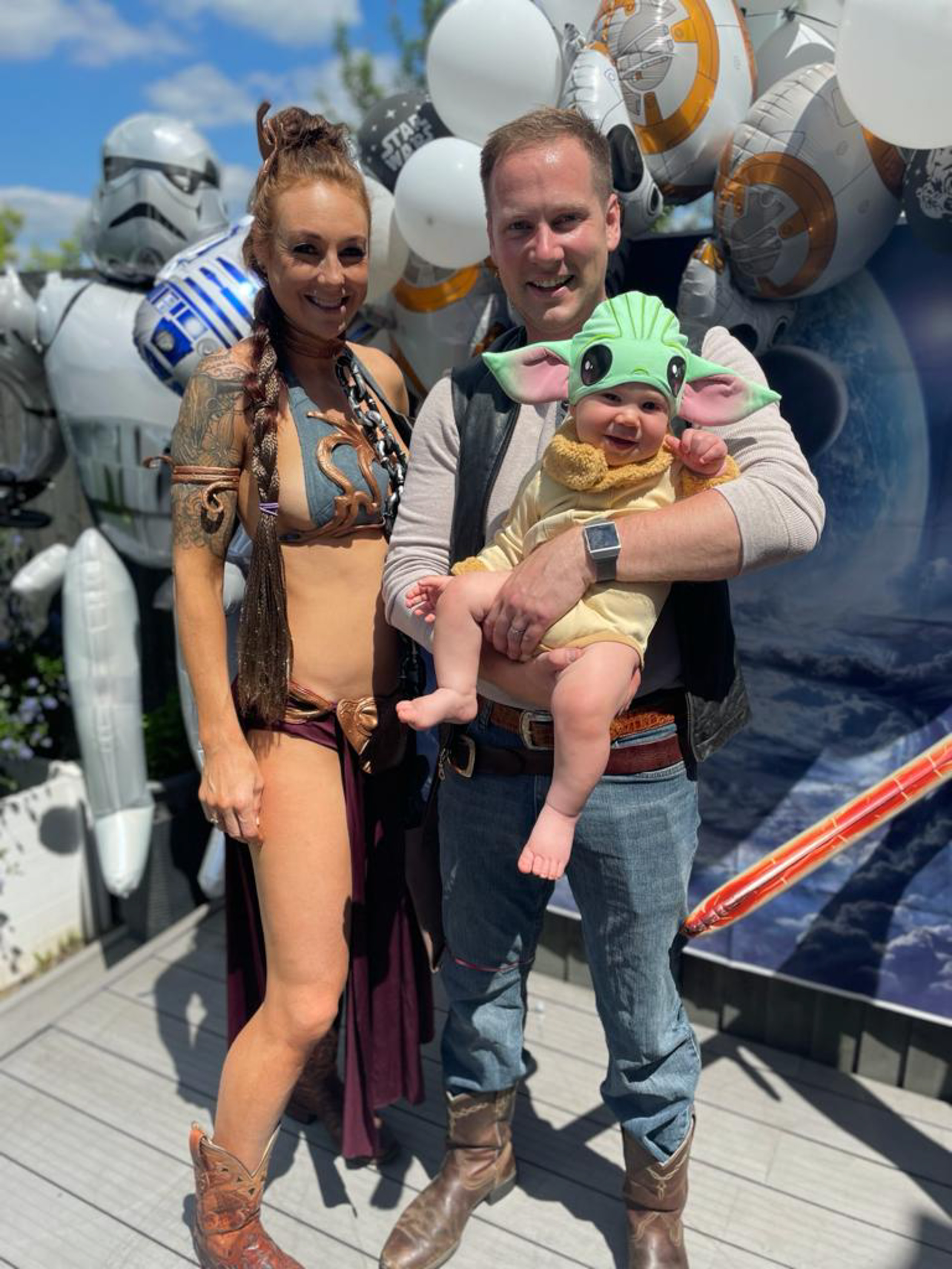 She has even dressed him up as Baby YodaCredit: Mercury

From Star Wars and the Statue of Liberty, to a firework display and an alien abduction, little Aneirin Jones has been the star in many different places in just the first nine months of his life.

Using household objects such as bedsheets and kitchen utensils, she has made a night sky, diving pool and a stork delivery.

Fiona then shares the photos with family and friends, who inundate her with new inspirations for her brilliant baby archive.

Fiona, from Norwich, said: “I love photography and this is all a bit of fun, especially seeing how much he’s grown.

“It’s amazing how many random things I can use to make the scenes – people always ask me how I have so many bed sheets!

“In the first week of him being alive I couldn’t get out of the house much but I wanted to be productive so I prepared the first scene on the living room floor.

“I posted the first photo of him with the moon and stars as his little introduction to the world and it got such a nice reaction.”

Fiona gets her inspiration from world or personal events, and of course Aneirin’s own baby achievements.

Fiona added, “I want to keep this going so I can make a little book.” 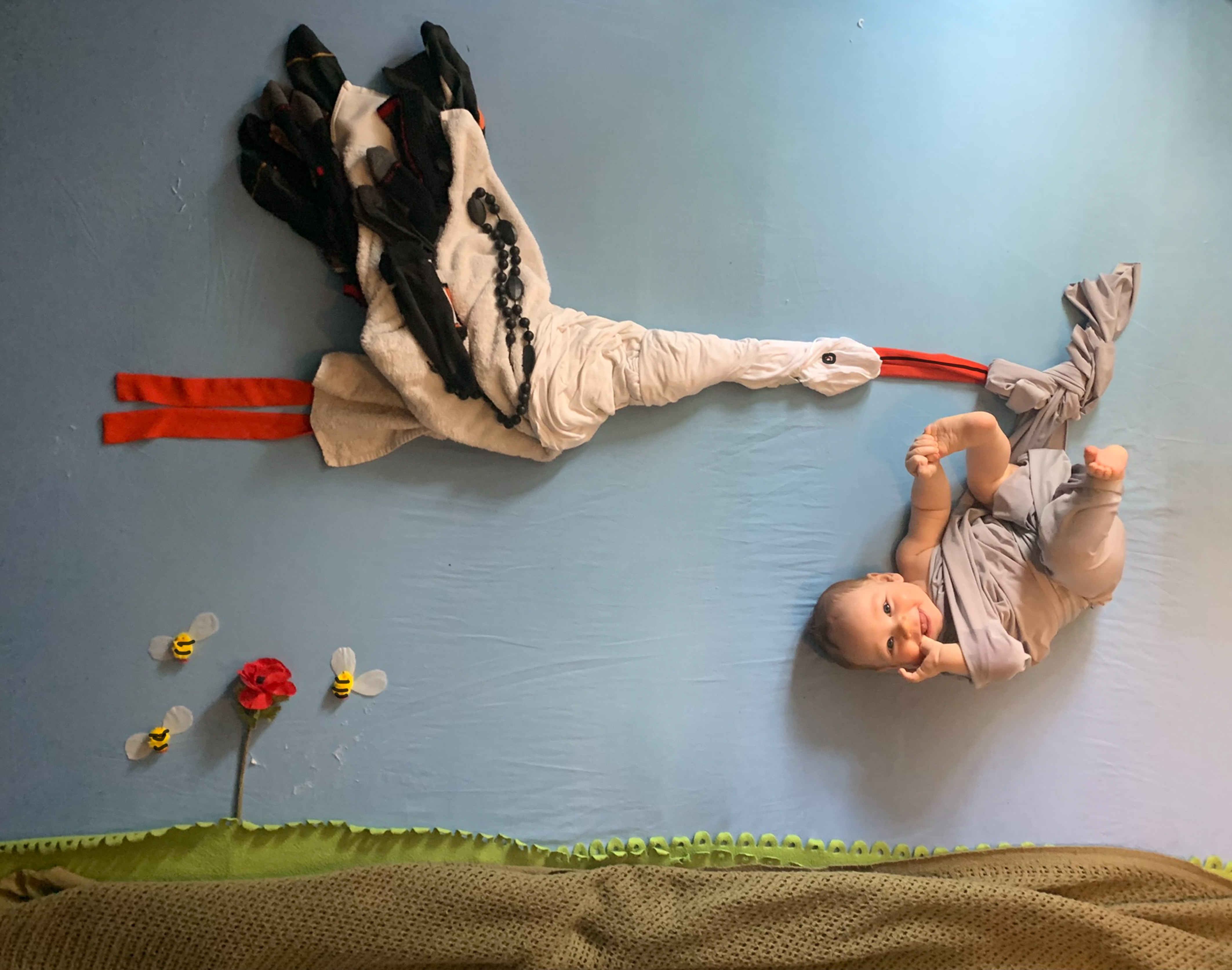 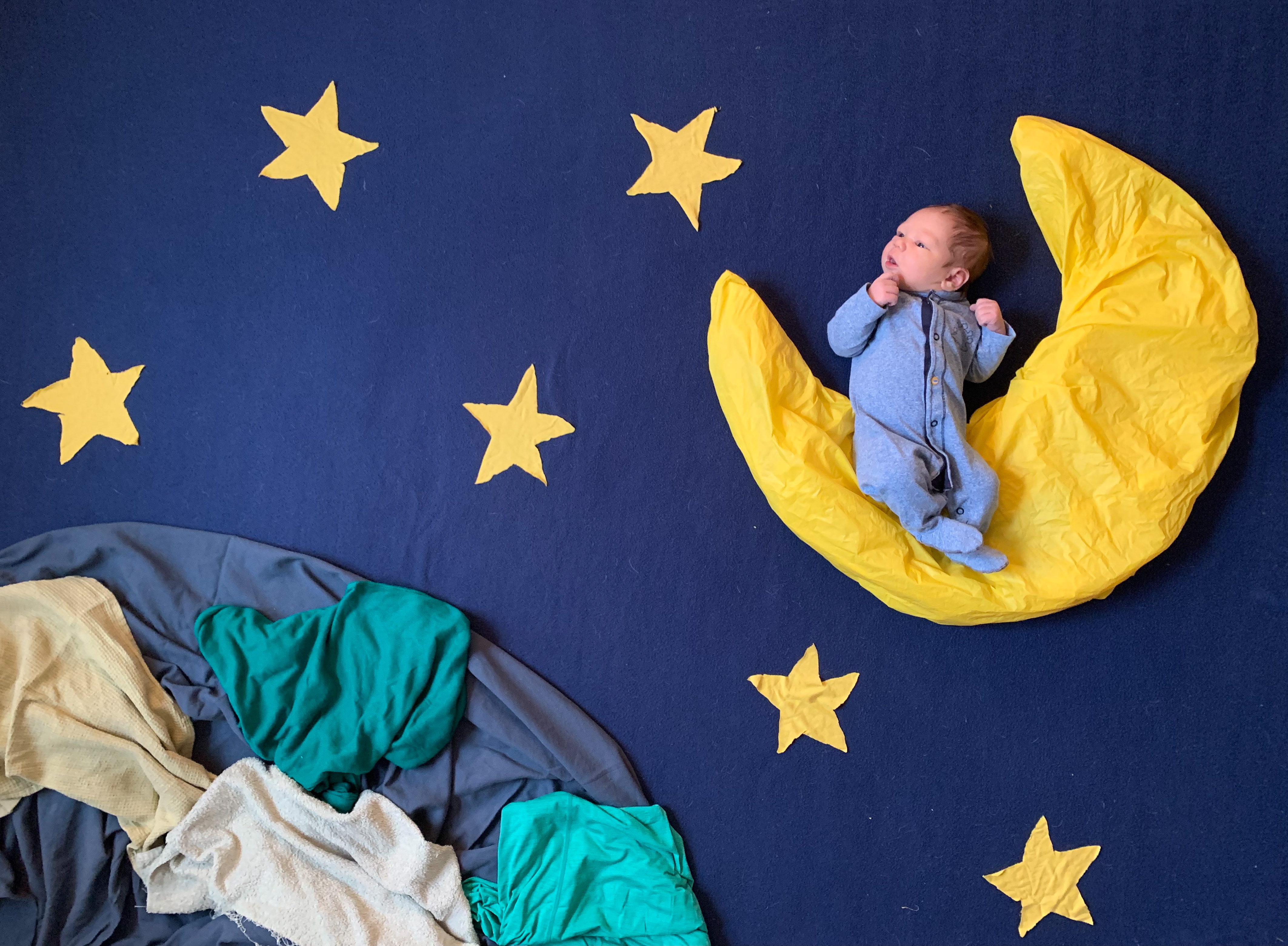 ‘I posted the first photo of him with the moon and stars as his little introduction’Credit: Mercury 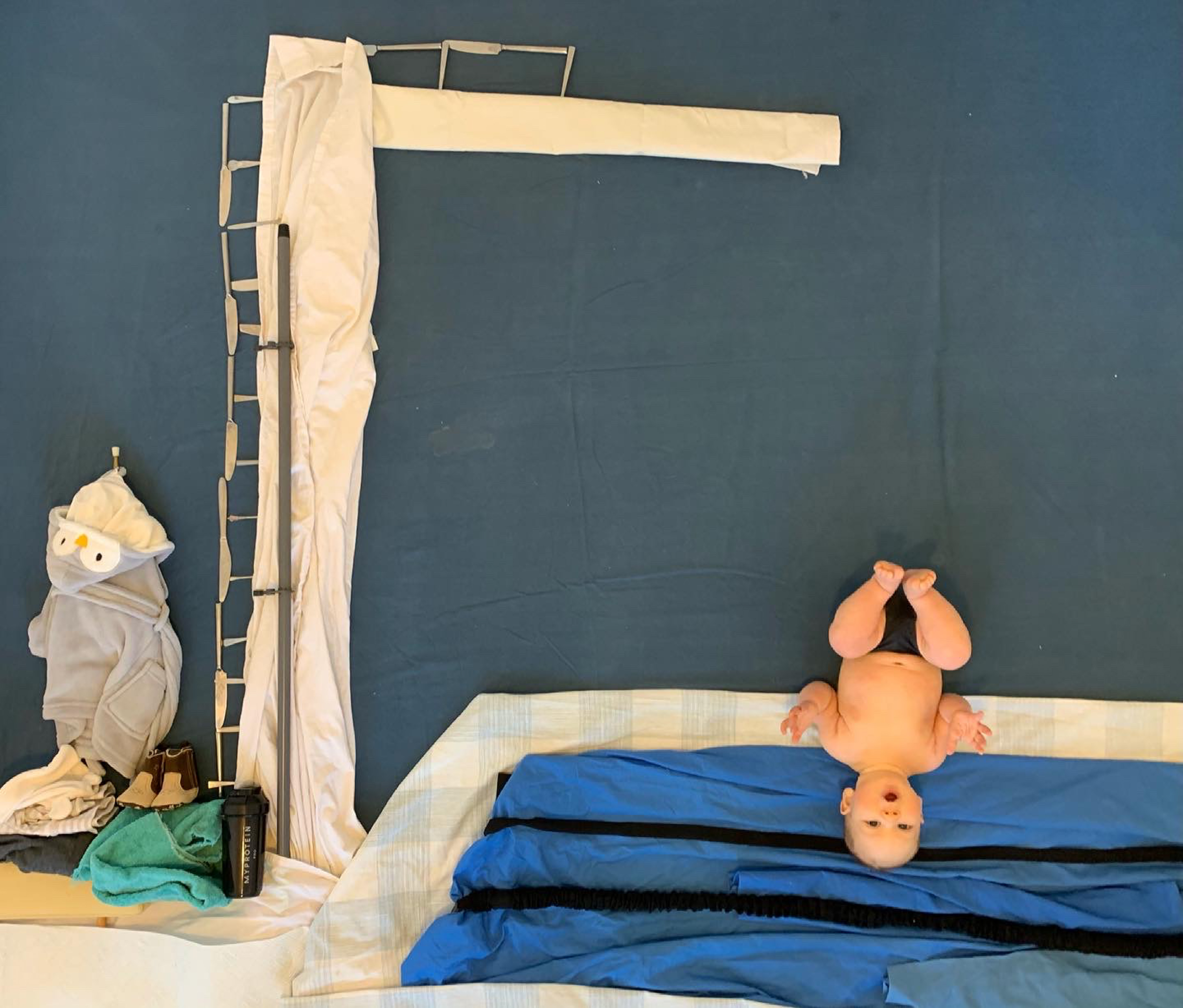 Fiona gets her inspiration from world or personal events, and Aneirin’s own achievementsCredit: Mercury